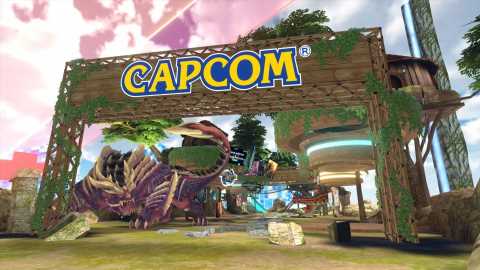 We’ve got our first look at some of the virtual booths at Tokyo Game Show VR, which opens tonight, including Capcom, Sega and more.

The free event opens its doors at 5pm PT/8pm ET today (or September 30 at 1am BST/9am JST for Europe and Japan). The social experience has some of the biggest names in gaming onboard as well as a mix of VR developers too, and the official website now has the first images of some of the booths. Want to know how to attend? Check out our full guide to getting in. For now, though, let’s take a look at some of these booths.

For starters, TGS VR will be divided into four main areas in a fictional setting called the ‘Game Float’. There’s a core area with a theater and then themed Wild, Digital and Urban areas. Here’s the map for the show.

And here’s a first look at that theater.

Now onto the booths! Sega and Atlus have a shared booth that includes a 3D model of everyone’s favorite blue blur, Sonic the Hedgehog.

Joining them in the Digital Area is famed RPG-maker, Level-5.

Over in the Urban Area, Japanese publishing giant Konami will feature some of its recent releases, like last week’s Castlevania Advance Collection.

This is also where you’ll find MyDearest, the Japan-based VR developer behind the Tokyo Chronos series, including Altdeus and the recently-announced Dyschronia.

Another VR developer, Survios, will also be showing off Puzzle Bobble VR at the event.

Finally, there seems to be an interactive Attack on Titan VR experience at the show, and there’s a screenshot below.

There are plenty of other companies coming to TGS VR, including Square Enix and Bandai Namco booths we’re yet to see. We’ll be bringing you a full report on the show as soon as we’ve stepped foot inside.