When it comes to turn-based strategy games, few are as charmingly endearing as Rose City Games’, Floppy Knights. It combines gorgeous, cardboard-like artwork with an adorable plant-based roster of gribblies at your disposal. Even the dialogue exudes childlike whimsy that is simply intoxicating.

All of those audio-visual niceties aside, Floppy Knights is slaps as a game. Mechanically, Floppy Knights is fairly easy to learn, making it ideal as an introductory step into the greater genre. That doesn’t mean the game doesn’t have bite, however, and these tips will help you avoid getting so much as a scuff.

Use The Environment To Your Advantage 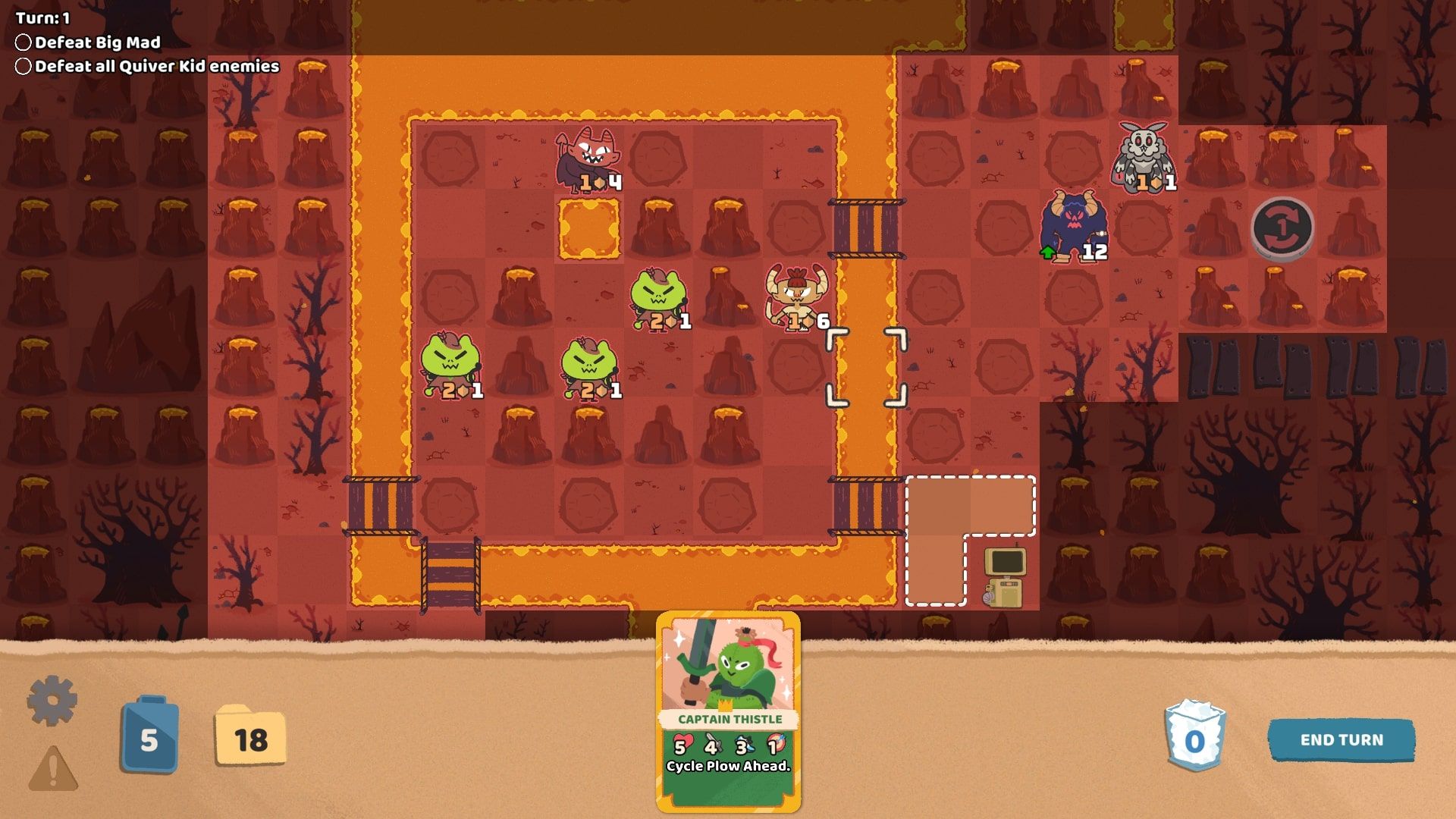 As is common in most games in the genre, the environment and battlefield are a key part of any successful strategy – Floppy Knights is no different. Plonky your units in disadvantageous tiles will only lead to ruin, and in some cases, instant death. That being said, some tiles could also give you the boost needed to survive the coming onslaught.

In the early game, the terrain to look out for is trees. These will give you bonus Armor, which is functionally +1HP that regenerates every turn. This might not seem like much, but it can be the difference between life and death. Water tiles will slow you down, which can be nightmarish on slower minions, and lava will inflict damage every turn – which isn’t great. 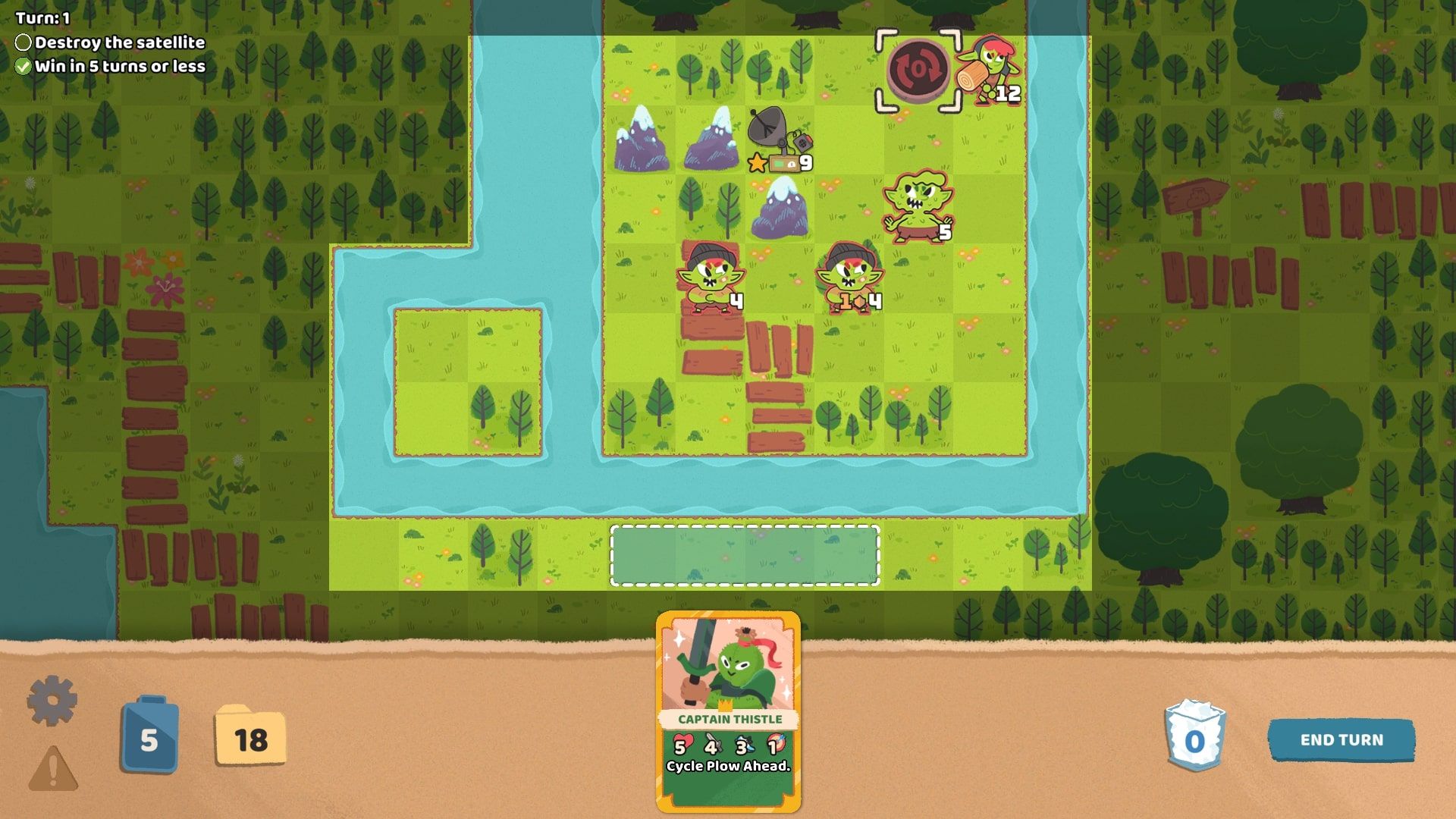 One mechanic that rears its head more often than not is the concept of summoning portals. These little blighters will regularly summon new enemies for your team to fight. As the game goes on, it becomes harder to withstand the non-stop onslaught of new troops, so you may have to employ some unusual tactics to overcome them.

The best way to stop a portal from ruining your life is to stand on it. If you have one of your units standing on a portal, it can’t spawn new units. With the supply of fresh meat stymied, you are free to use your other units to clean up the stragglers. You’ll want to use a fairly weak unit, like a Kicker, for this job. 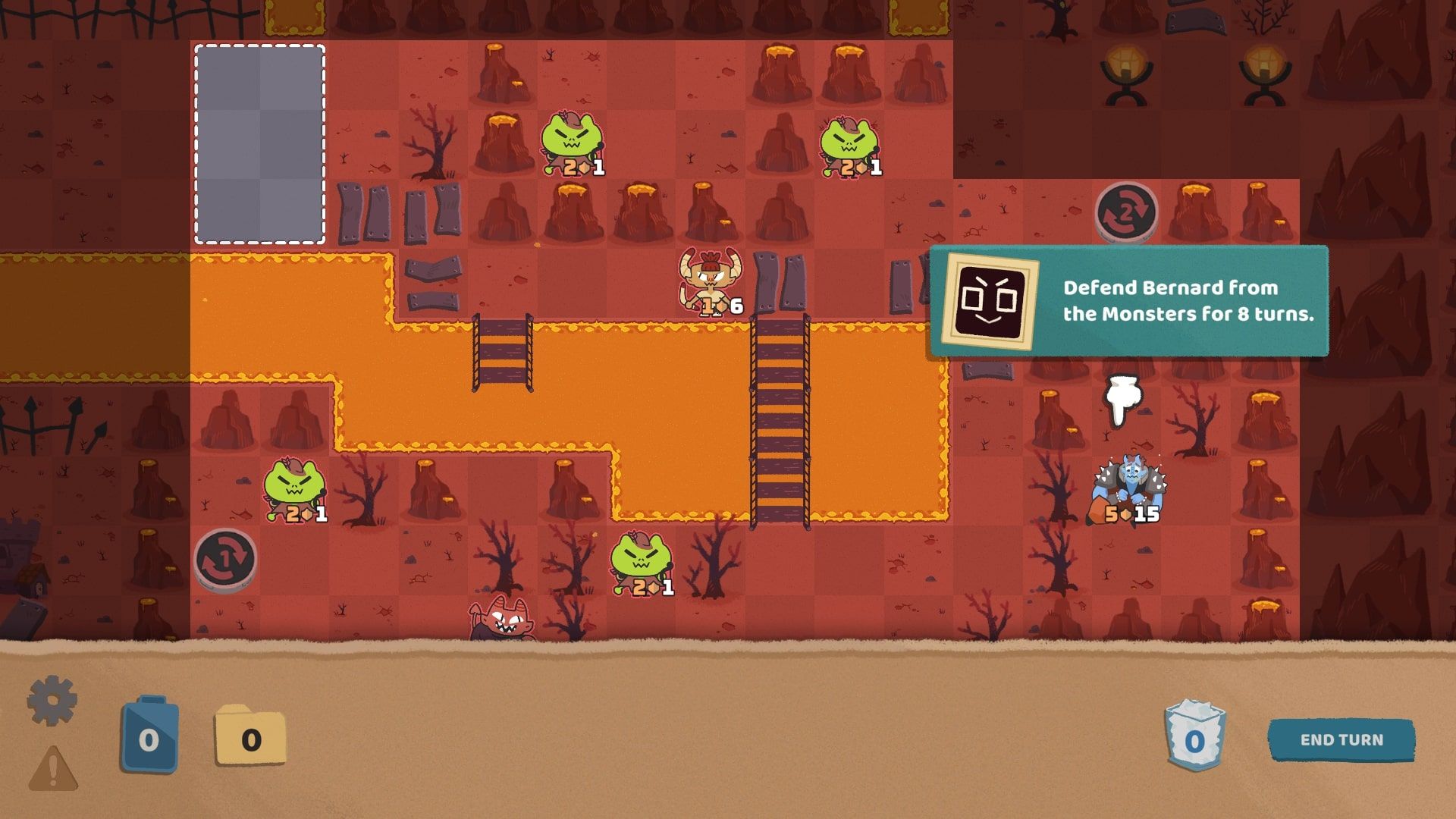 To win any given mission, you will need to fulfil the primary objective. These tend to be fairly straightforward – kill all enemies, defend X, or capture Y tend to crop up the most. If you want to win, you will want to tailor your strategy to each specific objective.

Don’t forget about secondary objectives, however. These are often more difficult and require a bit more thought to achieve. Things like, win in a set number of turns, or, don’t let any of your units die. Completing these objectives rewards you with cards and resources, so going out of your way to do them can really help you out in the long run. 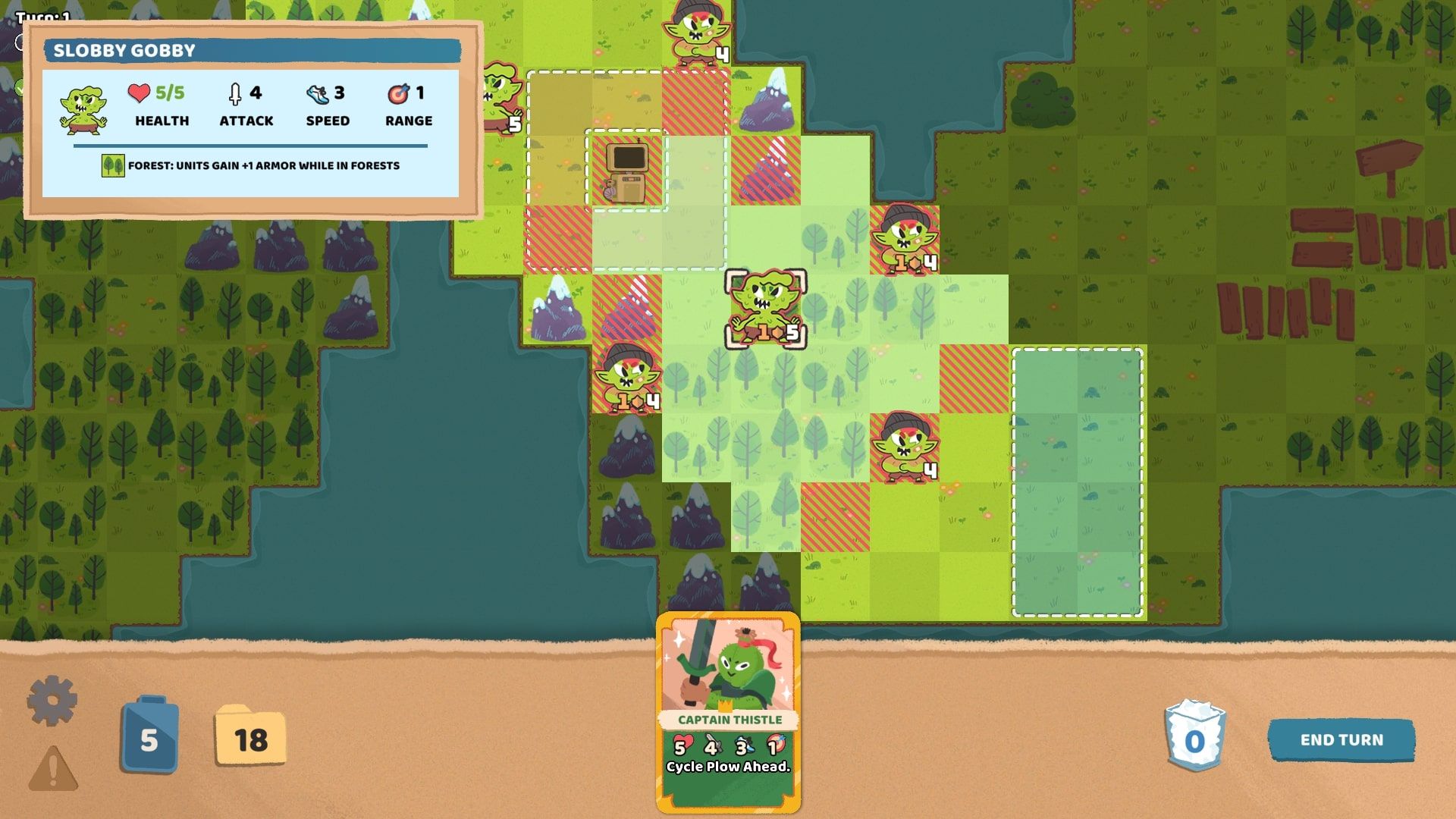 The way to keep your party alive and kicking is to not get attacked. This can be easier said than done when you are on a timer and safety is less of a concern, but in any case, you should be checking every enemy's threat range. As long as you are standing outside of their red zone, you can’t be harmed.

In slower missions, being able to dance in and out of threat ranges is pretty important. Spending cards to swoop in, deliver a killing blow, and then dip back out will be a pretty common tactic when you are outnumbered. If you can’t move out of range, then at least move to a position where as few enemies as possible can smack you.

Use Your Commander Wisely 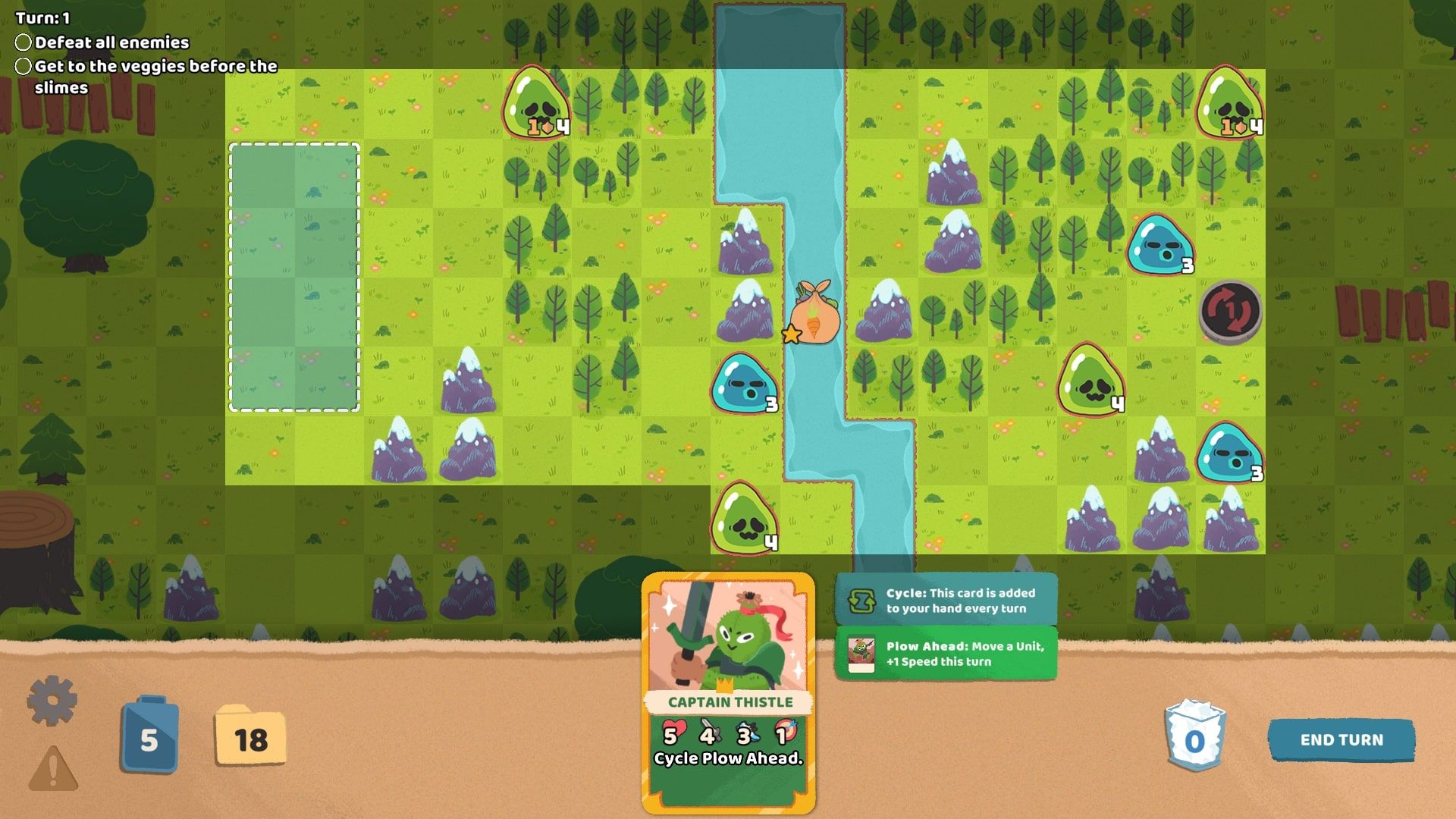 Most units are expendable. You can throw them in, they can die, and whilst you get a small debuff to your deck, it isn’t the end of the world. Your Commander, however, is vital to your success. If they die, it’s Game Over.

Keeping them safe is often your number one priority, but that doesn’t mean you should just have them cowering in the backline. Commanders are often your most powerful units, and hiding them away will disadvantage you in many cases. You want to use them, but not over-extend them. If you are concerned about their long-term health, consider bringing a ranged or support-based Commander instead.

Make The Most Of Each Turn 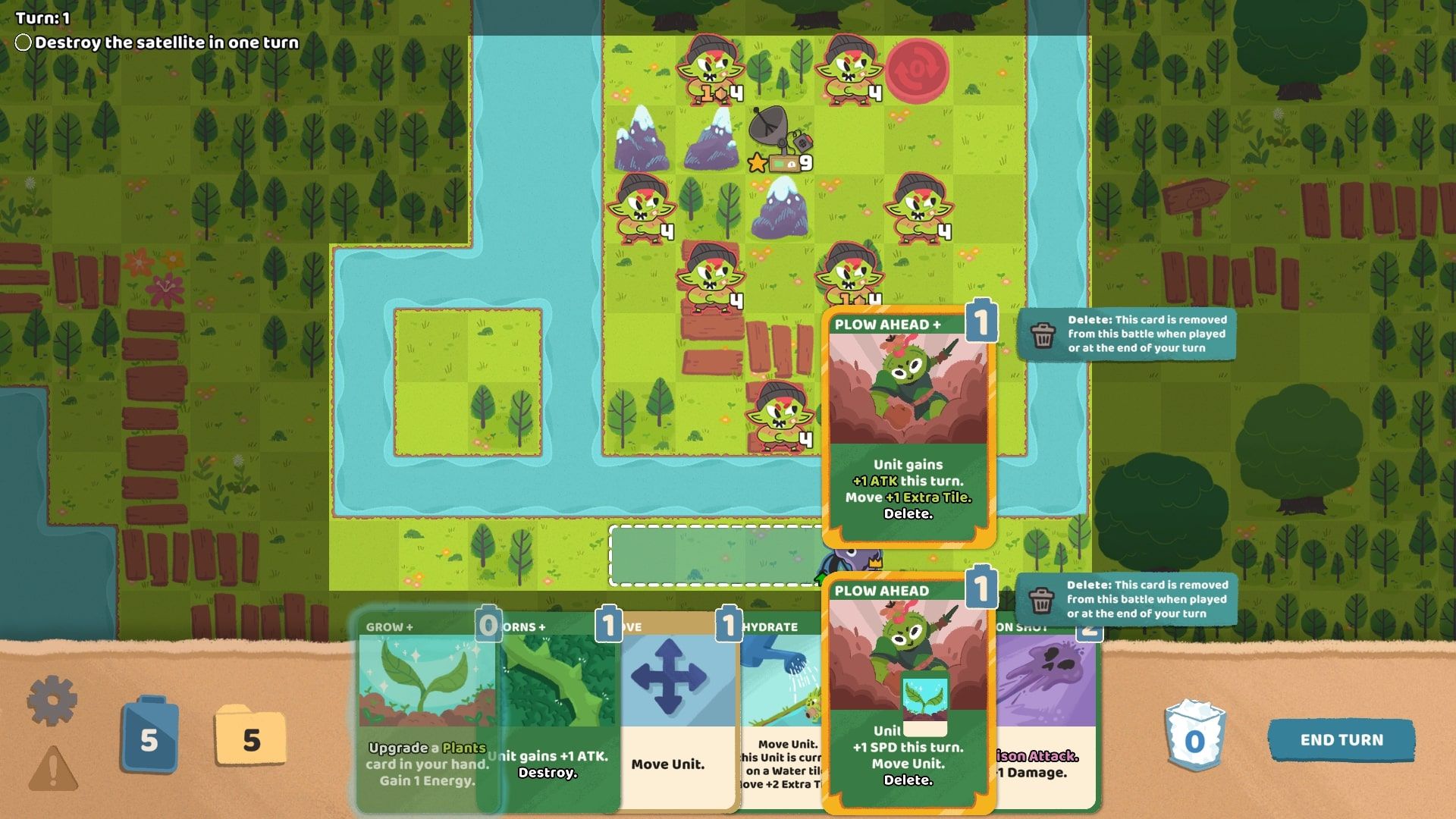 You start each turn with five Energy. Energy is the lifeblood of your turn, and you want to make use of every last ounce of it whenever possible. How you use your Energy is up to you, but one of the more unique aspects of Floppy Knights is that Energy is a shared pool.

Where most games will give each unit a few pips of energy, allowing you to activate an entire squad, Floppy Knights gives you much more freedom in how you spend it. Do you spread it out so your team is moving up and attacking together? Do you spend Energy to summon new, expensive units? Do you pump all of your energy into one unit, and have them go on a killing spree? The choice is yours. 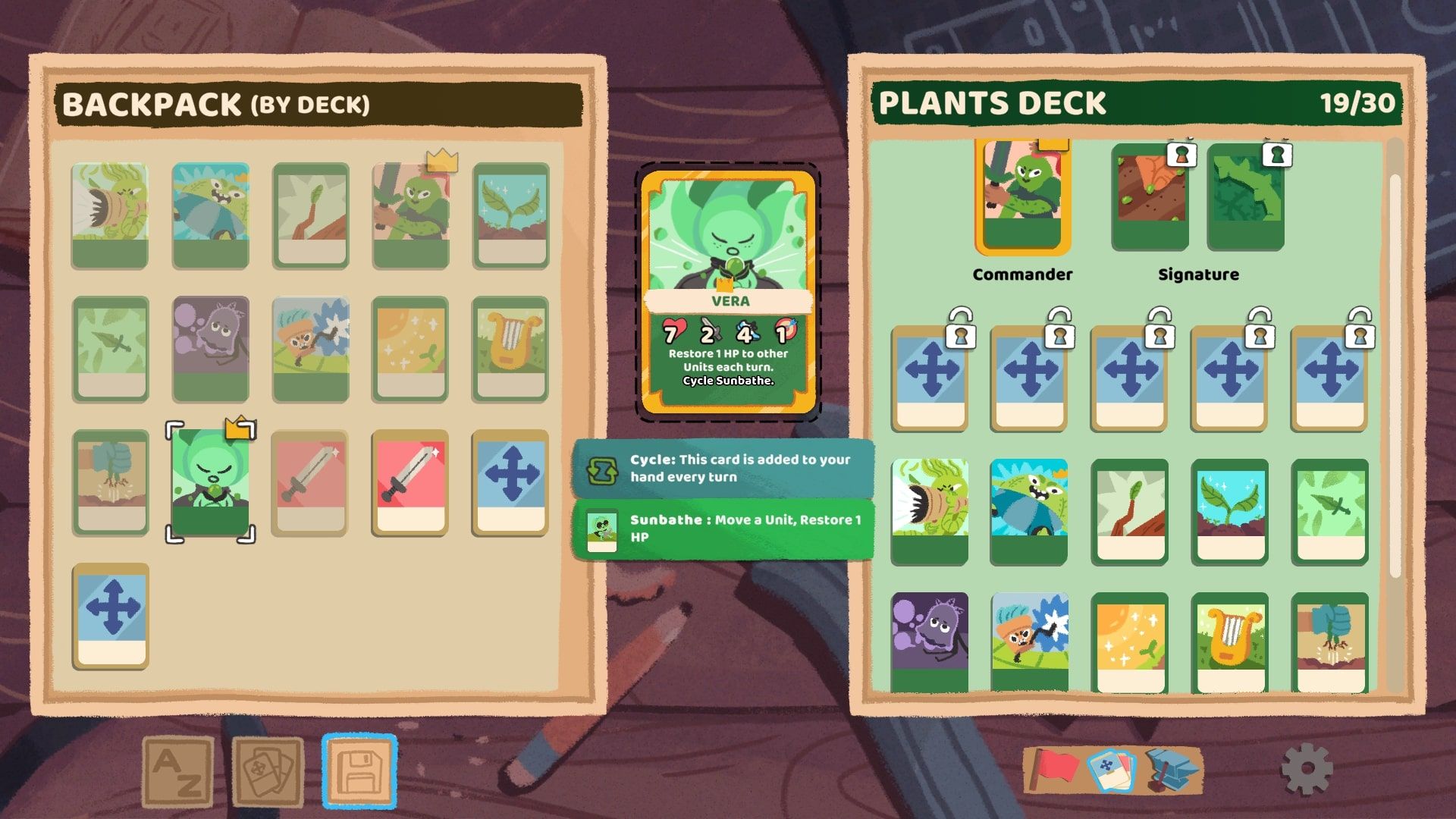 You won’t get far just using your standard 12-card deck. This deck is rocking basic attack and movement cards, very few minions, and no special cards to add extra spice. Going into your Deck Builder and adding new cards you’ve won will always be a good idea.

You must have a minimum of 12 cards, and you are capped at 30. That doesn’t mean you want to hold 30 cards, of course. There is a balance to be had, as the fewer cards you have in your deck, the more you can cycle through to the best cards. You still need enough variety to cover every situation, however.

Check Out The Challenge Levels 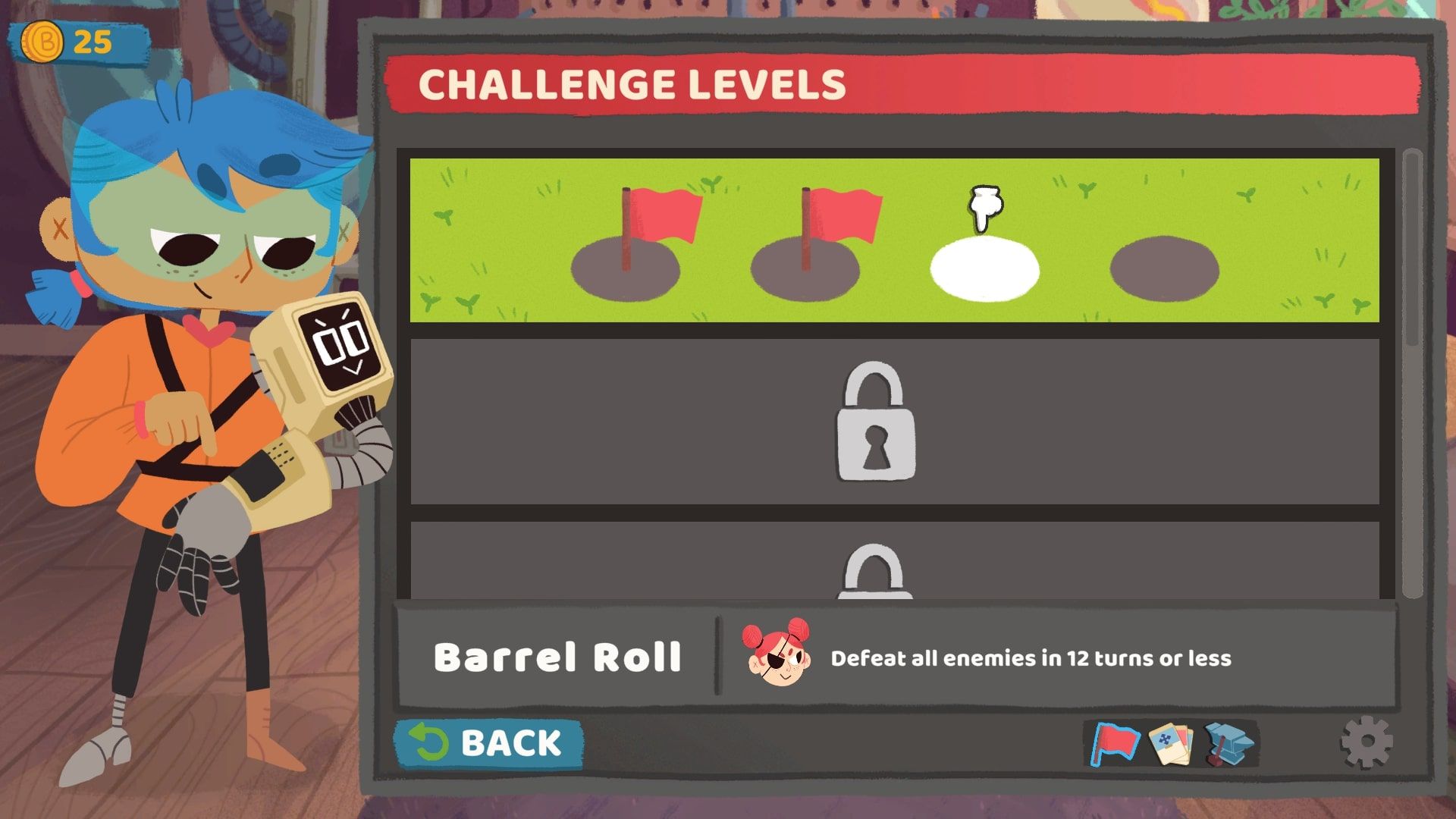 If you want more of a challenge or even just a more tailored experience, then Floppy Knights has you covered. Challenge Levels introduce a variety of puzzle-like encounters and pre-built decks. To win you will need to understand how your deck interacts with the current situation and craft a strategy to overcome it.

Completing Challenge Levels will handsomely reward you, and more Challenge Levels unlock as you play through the game. They are a neat distraction and offer just enough variety to feel fresh.

Don’t Forget To Spend Your Money 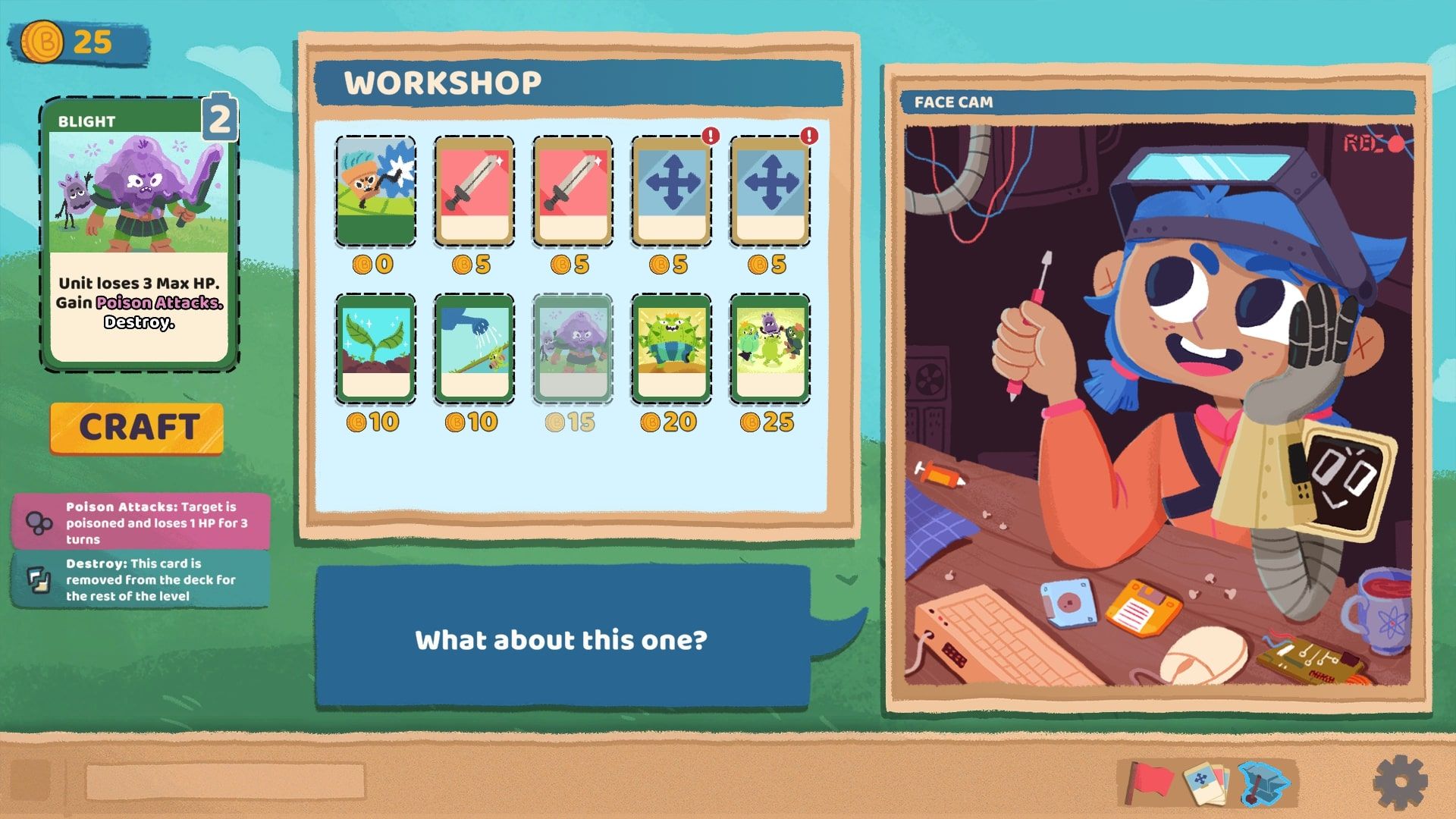 Crafting costs money, but these cards are often incredibly powerful – even early game. If you want to add some flair to your deck, then crafting a new card or two could be the way to go. Just be aware that money takes a while to build up, so going on a spending spree could leave you high and dry when a new card becomes available.