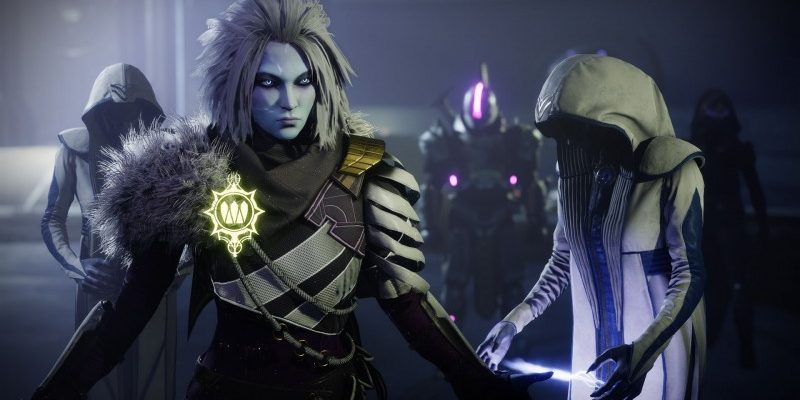 Destiny 2’s Season of the Lost launched on Tuesday, and like many longtime fans of the franchise, that’s a moment of renewal and excitement for me that merits increased playtime and engagement. The full scope and story of that season remain to be revealed, so it would be unfair to make too many cut-and-dry judgments at this point. But no matter what else this season brings to the game, one thing is clear; after several side treks and setups throughout the last few seasons, the narrative scope has now shifted back to its central thrust. If you’ve been away from the game for a while, it’s an excellent time to jump back in and get up to speed.

I certainly don’t want to sound dismissive of recent seasons, as I think gameplay, investment loops, and storytelling have been in solid places for some time now. The Season of the Hunt set up some intriguing bowling pins with the return of a reborn Uldren Sov, the Season of the Chosen charted a fun deep-dive into the Cabal power structure, and the recent Season of the Splicer helped further the story of the Last City, the Fallen, and humanity’s shifting alliances. These seasons also offered fun new activities and an engaging weekly loop that invited even casual players to feel engaged in a living tale.

With all that said, whether you enjoyed those seasons or not, it was hard not to see the events as preamble or asides. For some years now, Destiny 2 has set up a narrative onramp to its big climactic beats. Bungie has been open about the expansions coming in the next three years, which should conclude the current Light and Darkness Saga that began with the original game’s launch in 2014.  If we think about Destiny 2 as a giant chess game, many recent moves have been about putting pawns, knights, and bishops into play. With Season of the Lost, the players are now moving two literal queens onto the board. If you’ve been waiting for the story to revisit a central thread, that time is now.

The return of the Awoken Queen, Mara Sov, was first meaningfully teased way back in 2018’s Forsaken expansion, while the arrival of the Hive Witch Queen Savathûn could arguably trace to 2015’s The Taken King, though it’s fair to say that recent months have much more aggressively hinted at her presence. Regardless, both characters take center stage in Season of the Lost. Knowing of her impending big-bad status in the upcoming 2022 Witch Queen expansion, it’s amusing to watch the first beats of this season’s storyline play out. After the reveal of who Savathûn’s been hiding as (I won’t spoil on the off chance you haven’t heard yet), players are suddenly and somewhat inexplicably placed into the dubious position of helping her achieve her ends. It’s like watching a car crash in slow-motion, or perhaps more accurately, a venus fly trap slowly closing around the fly; choose your metaphor, but in either case, our Guardians are the ones upon whom the disaster is crashing down.

The presence of these two godlike queens accelerates the story and ratchets up the tension. Bungie has taken its time setting up the characters and conflicts, and those efforts are now beginning to pay off. As a player, maybe Saint-14’s gradual turnaround regarding the Fallen House of Light didn’t capture your interest. Or perhaps you skipped Zavala’s reconciliation to the aid of the man who killed his friend, Cayde. Even if you did, the conflict at hand in the Season of the Lost overrides those prior conflicts, or in some cases, leverages them to move the plot toward its climax.

If you’ve been away for a bit, the other big thing you’ll notice is the smooth cadence of gameplay that Bungie has finally hit upon. Over the last year, Destiny 2’s seasonal content rewards weekly engagement but simultaneously doesn’t demand dozens of hours to feel fulfilling. For many weeks at the beginning of each season, multiple repeatable activities help to move you through a meaningful adventure and conflict. Revelations, cinematics, and changes to the game world often come along with the experience. It’s an incredibly satisfying way to encourage player engagement, and more than any effort in the franchise’s history, this seasonal structure provides the sense of a living game world.

For this season, the repeatable activities echo the structure of recent seasons. First, a wildly chaotic and active matchmade activity, followed by a more curated mission structure that you can tackle alone or with a couple of friends. This season, the former is the enjoyable Astral Alignment activity, which uses the visual backdrop of the Dreaming City as a setting to let you blast your way through a variety of explosive battles. Much like Override or the three-person Battlegrounds, the fights are big, feature a ton of enemies, and provide just enough light objectives to demand you pay attention. Meanwhile, the new Shattered Realm activity is more constrained but no less enjoyable. Venturing into the shadowy locale, you and your fireteam align beacons and track down lost Awoken witches. Numerous currently inaccessible areas (unlockable through later upgrades during the season), as well as other chests and pick-ups, combine to lend a sense of discovery and mystery, even while you blast away at Taken enemies. It’s a good time. And even in this first week, completing these activities begins to peel back the story about Mara Sov, Savathûn, and the impending sense of doom they each bring to the table.

Beyond story and new activities, there are other reasons to be excited about what Season of the Lost offers, especially to returning players. The biggest is the long-anticipated arrival of cross-play. Over the years, I can’t count the number of acquaintances and friends I’ve made in Destiny who eventually migrated platforms. With one fell swoop, the player base has been reunited into one massive pool of players, so your console (or PC) of choice should have little effect on who you face the Darkness beside. Bungie wisely chose to maintain separate console and PC player pools for competitive matchmade activities, like Crucible and Gambit. But if you’ve longed to go on strikes, explore the world, and experience the story beats with your buddies, now is the time.

I also want to call out another specific quality-of-life change that feels especially welcome: Primary ammo is now infinite. For weapons like most auto rifles, hand cannons, bows, pulse rifles, sidearms, and all the rest, you can now go into battle with confidence that you’ll always have what you need to keep firing. That’s especially important in challenging solo or small-group activities – like Legend and Master Lost Sectors – but it’s a helpful change across the board. Beyond just ensuring you have ammo for your most basic weapons, it’s a move that simplifies the battlefield’s overall economy, getting rid of the need to run over those little white ammo bricks and putting the focus instead on tracking down the more valuable green and purple.

As is common in the early days of a new content patch, Destiny 2’s Season of the Lost still has some kinks to work out. I’ve had run-ending glitches twice in the recent Astral Alignment activity. I’ve dealt with login problems once or twice. And while I like the new matchmade activities, I’m certainly ready for an injection of fresh content in long-standing activities like the Strike playlist, Gambit, and Crucible. Even so, these first couple of days are a solid start for the next several months of play, and I’m especially thrilled that I’m now able to enjoy the game with players outside my primary platform.

If you’ve been a fan of Destiny in the past, and you’ve been waiting for an appropriate time to hop back in, I think it’s an easy recommendation right now. We’ve gotten used to a new major expansion every autumn, and Season of the Lost certainly isn’t that. However, the significance of the story at hand and the culmination of hinted events from the last year are excellent reasons to make the leap. And with cross-play enabled, you can safely gather your friends back together, no matter if they’ve switched their primary gaming platform in recent years. Destiny 2 has had its ups and downs since launch, but there’s no doubt in my mind that Bungie has a clear vision in mind regarding how to land this narrative. If you’re eager to see that final story take shape, now is the time to step into the role of a Guardian again.