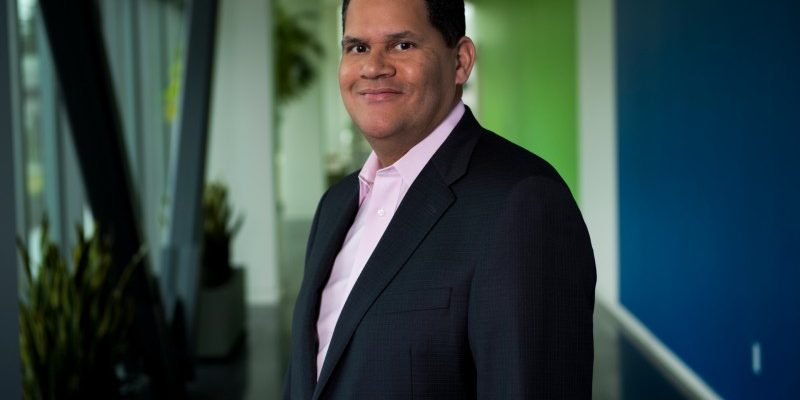 Earlier this month, the ESA announced its commitment to a digital 2021 E3. Last year, in response to the epidemic and in line with lockdown regulations and safety protocols, E3 was cancelled. The spirit of the popular event, however, lived on with Geoff Keighley’s Summer Game Fest and a multitude of separate publisher-facilitated showcases. These events were successful and proved to be potential alternatives to the age-old E3 format. Former Nintendo of America President Reggie Fils-Aimé voiced his opinion on the ESA’s plans for E3 2021 to Gamertag Radio. As a well-known and influential industry veteran, Fils-Aimé used to be directly involved in past E3 planning discussions.

Fils-Aimé  talked with Gamertag Radio about his appreciation for E3 and its large impact on the wider community. However, after learning about the ESA’s plans for the upcoming E3, he had less enthusiastic words, “I have to say that what I read doesn’t sound all that compelling.” Fils-Aimé would also go on to state ways that E3 could potential adapt and secure consumer interactivity:

“I think that the platform holders need to find a way digitally to enable their fans, their players, to experience the content because that’s the key for E3 right – the ability to be playing The Last of Us Part 3 for the first time, or to play that next Breath of the Wild game for the first time, or to play the next great game coming from the new amalgamation of all the Xbox studios.”

With popular publishers — from Ubisoft to Sony — setting up their own digital events and reputable icons like Geoff Keighley severing ties with E3 because of disagreements on the annual event’s direction, the future of E3 is more in question than it’s ever been. Would you be sad to see E3 eventually phase out from existence? Or are you looking forward to the independent future of gaming’s summer festivities? And do you think that Reggie Fils-Aimé’s call for a more consumer-centric E3 could save the beloved event?