After the very long previous chapter, Chapter 8 of Forspoken is mercifully short. In this chapter, Frey comes face to face with Tanta Prav, the ruler of Avoalet and the Tanta of justice, who seems torn between her emotions and her morals. Determined to put Frey on trial, we begin this chapter inside Avoalet Castle, a gigantic and imposing prison.

This chapter consists entirely of a combat gauntlet and can be quite arduous if you aren't prepared for it. The enemies you'll find within are all familiar though, so that shouldn't be a problem. Well, all of them bar one. 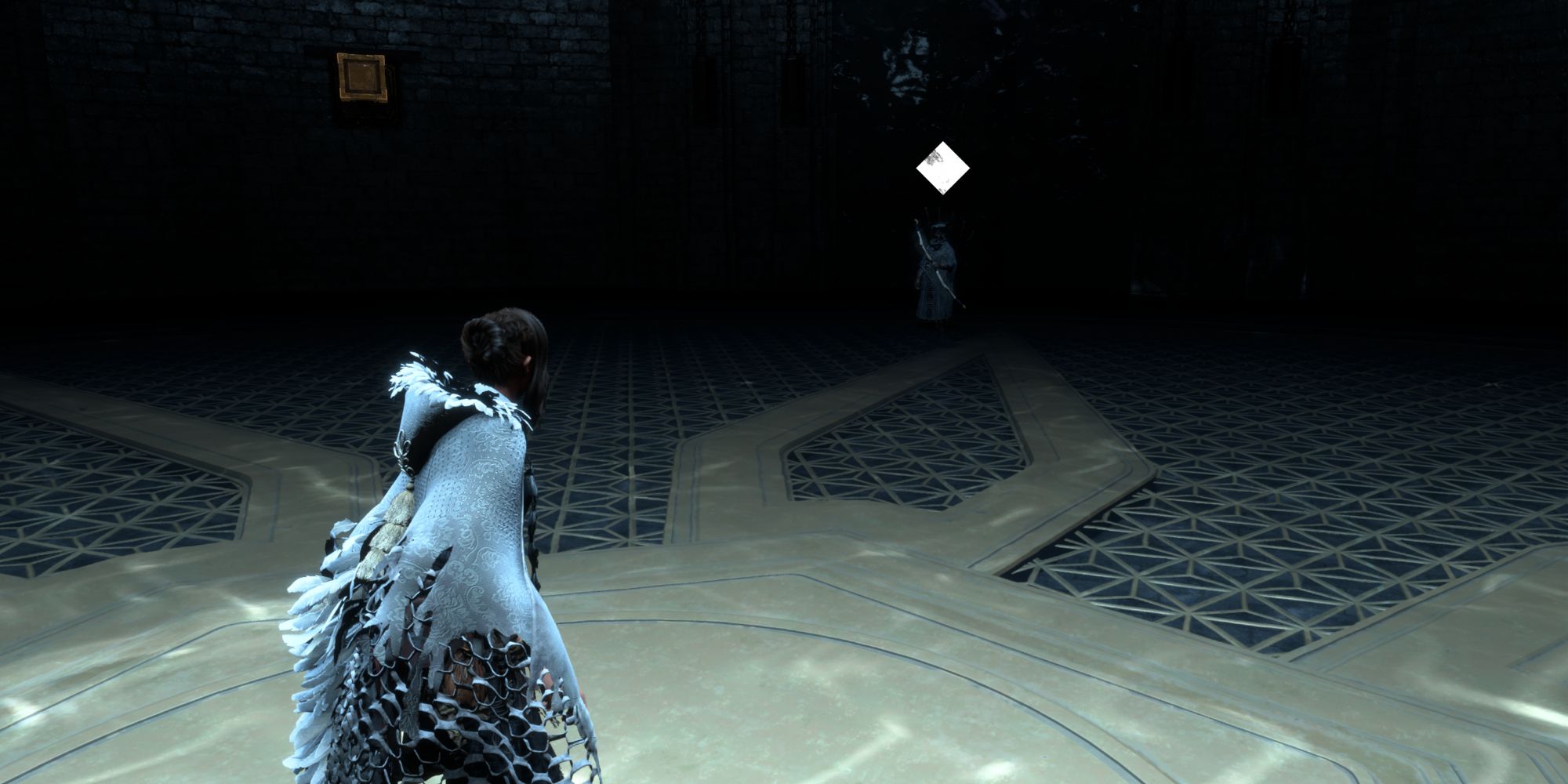 Tanta Prav's 'trial' is little more than a three-round battle gauntlet. There are no opportunities to stock up on Healing Draughts other than the ones that may drop from the enemies here, so we hope you've stocked up.

We recommend that you equip your best cloak and necklace to boost your Red Magic stat – your main method of offense for the majority of the enemies you fight in this chapter, including Tanta Prav herself, are weak to Sila's Magic.

The first round is against a few Unjust Enforcers. They start very spread out, so you're guaranteed to get shot at quite a lot by whichever Unjust Enforcers you aren't currently attacking. You should be good at taking these enemies down by now, though – just use some Red Magic spells – they don't deal well with close-range spells, so Arc Slice or Rage Slice will work well. 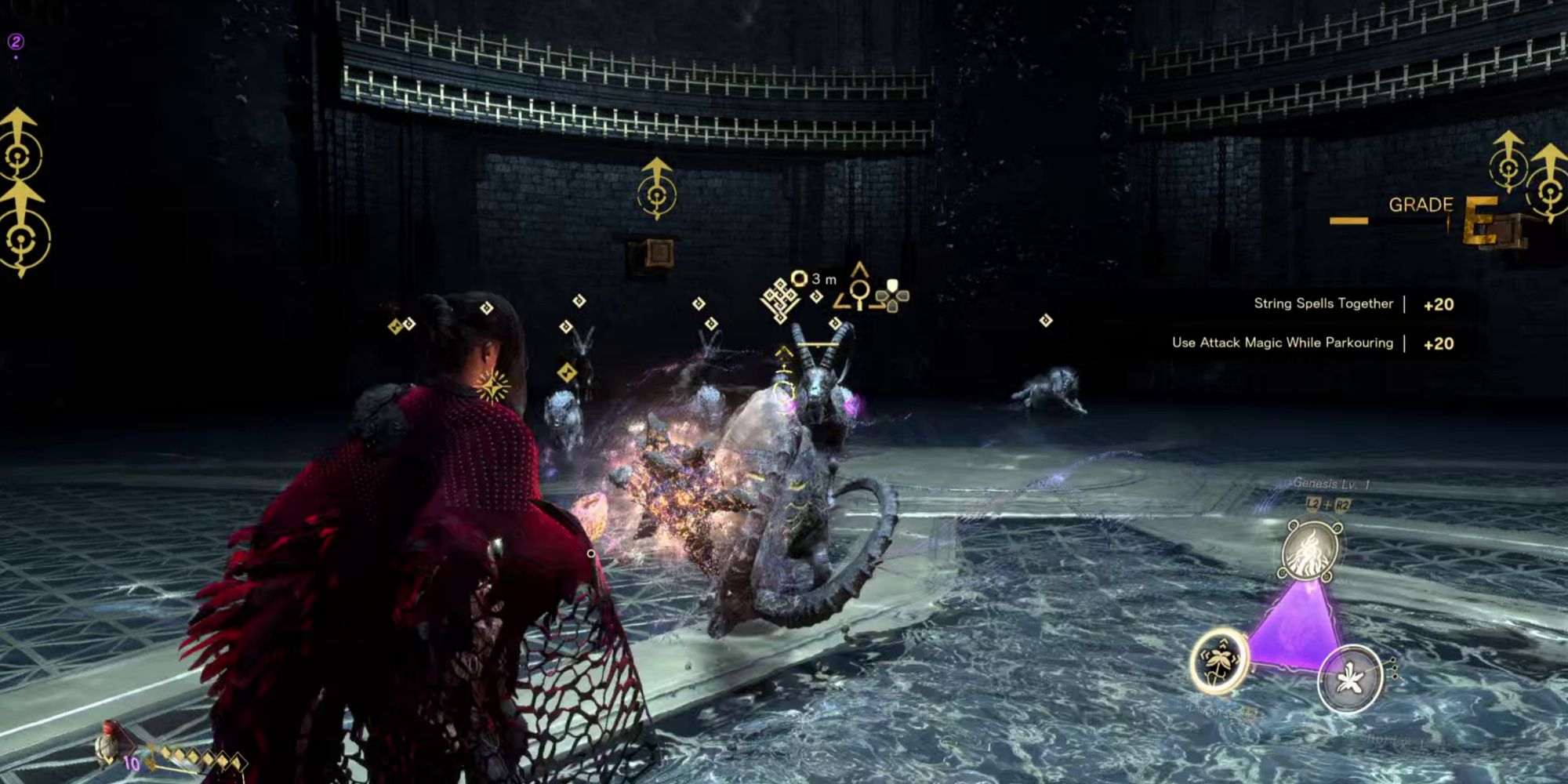 The second round pits you against a pack of Canis Dirus and some Syntheras. This is a hectic round – the Syntheras will bound around the arena, making them hard to target, and the dogs will swarm you if you let them. They're two halves of an annoying whole, so it doesn't matter which enemy type you decide to take out first – just pick one. Both enemy types are weak to Frey's Magic, so take advantage of that. 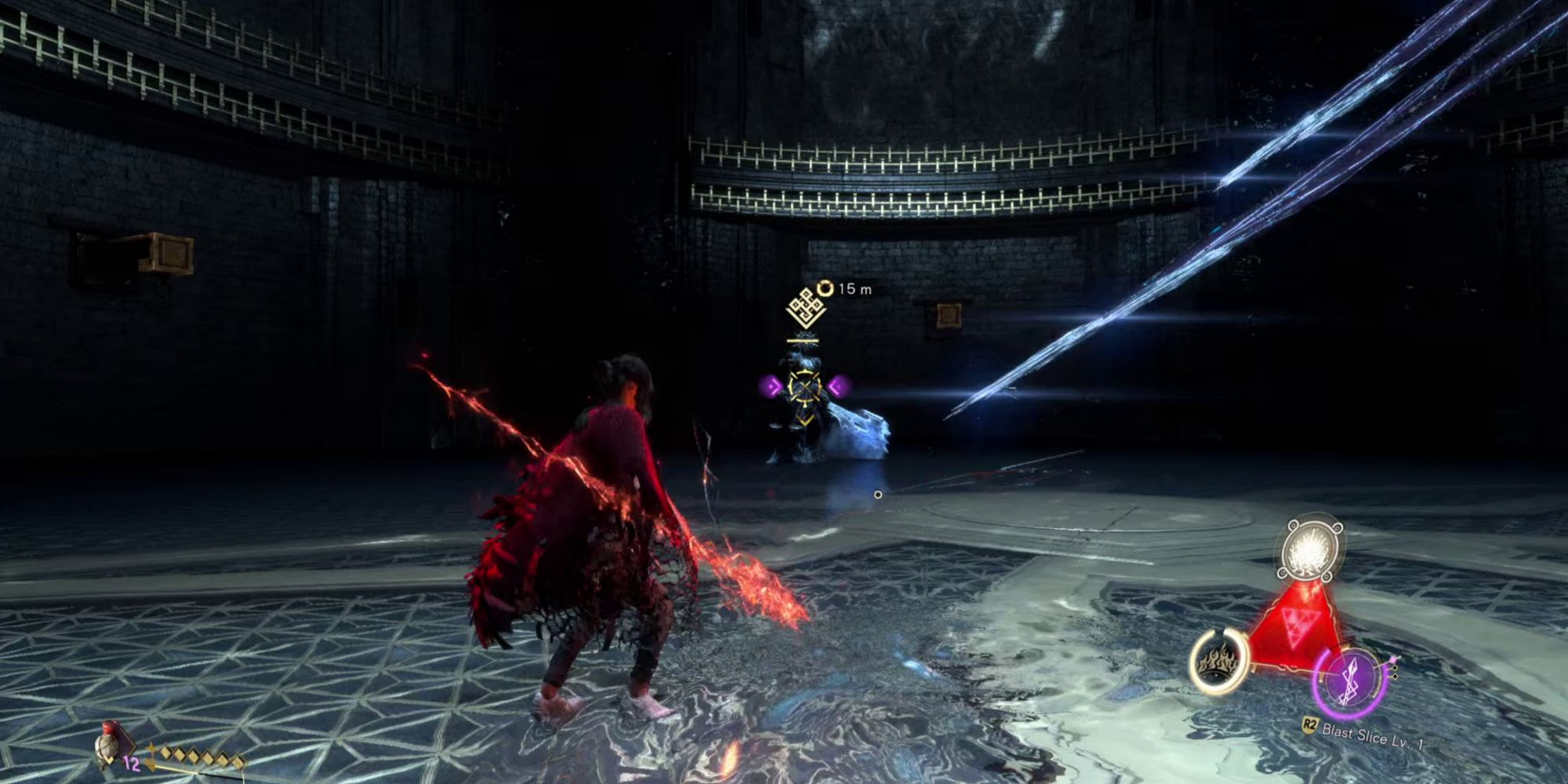 The final round has you facing Unjust Enforcers again, this time backed up by Pitiless Arbiters. The only change here, apart from the addition of the Arbiters, is the fact that some of the Unjust Enforcers will spawn on the high ledges that surround the arena. Climb up with Magic Parkour to take them out once you've dealt with all the foes on the ground – they aren't annoying enough to warrant going after first.

Once you've beaten the third and final wave of enemies, Tanta Prav herself will confront you.

How To Beat Tanta Prav 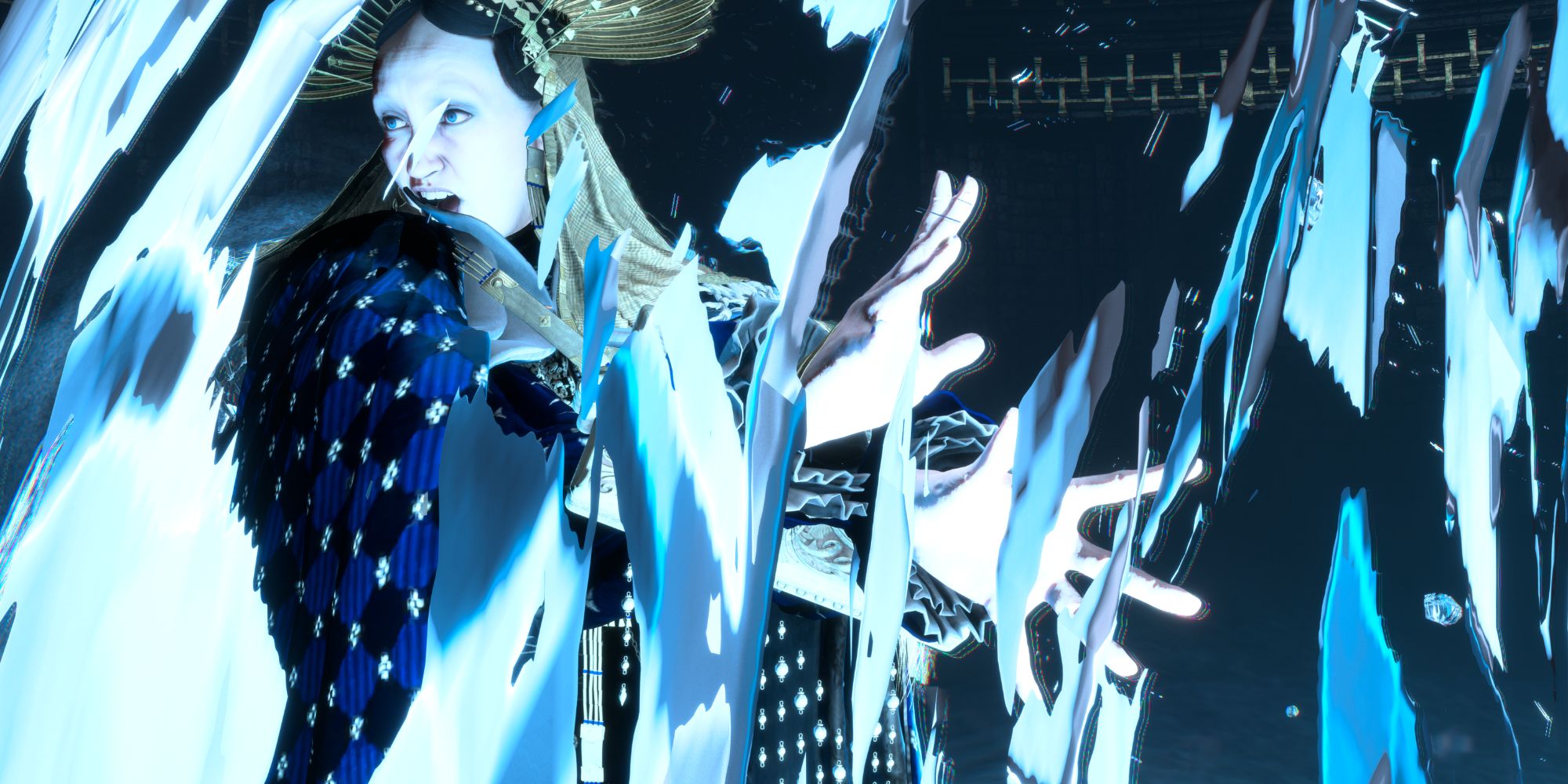 There are two phases to this fight. In the first, Tanta Prav will float around the arena, casting spells almost constantly. Her attacks, at the moment, aren't too tough to deal with. Naturally, Prav is weak to Sila's Magic, so you'll want to be using Blast Slices for the entirety of the fight thanks to the spell's superior range.

At certain times, Tanta Prav will get distracted, seemingly arguing with herself. She will be surrounded by jets of water, but this is the perfect time to strike with your best ranged attacks. 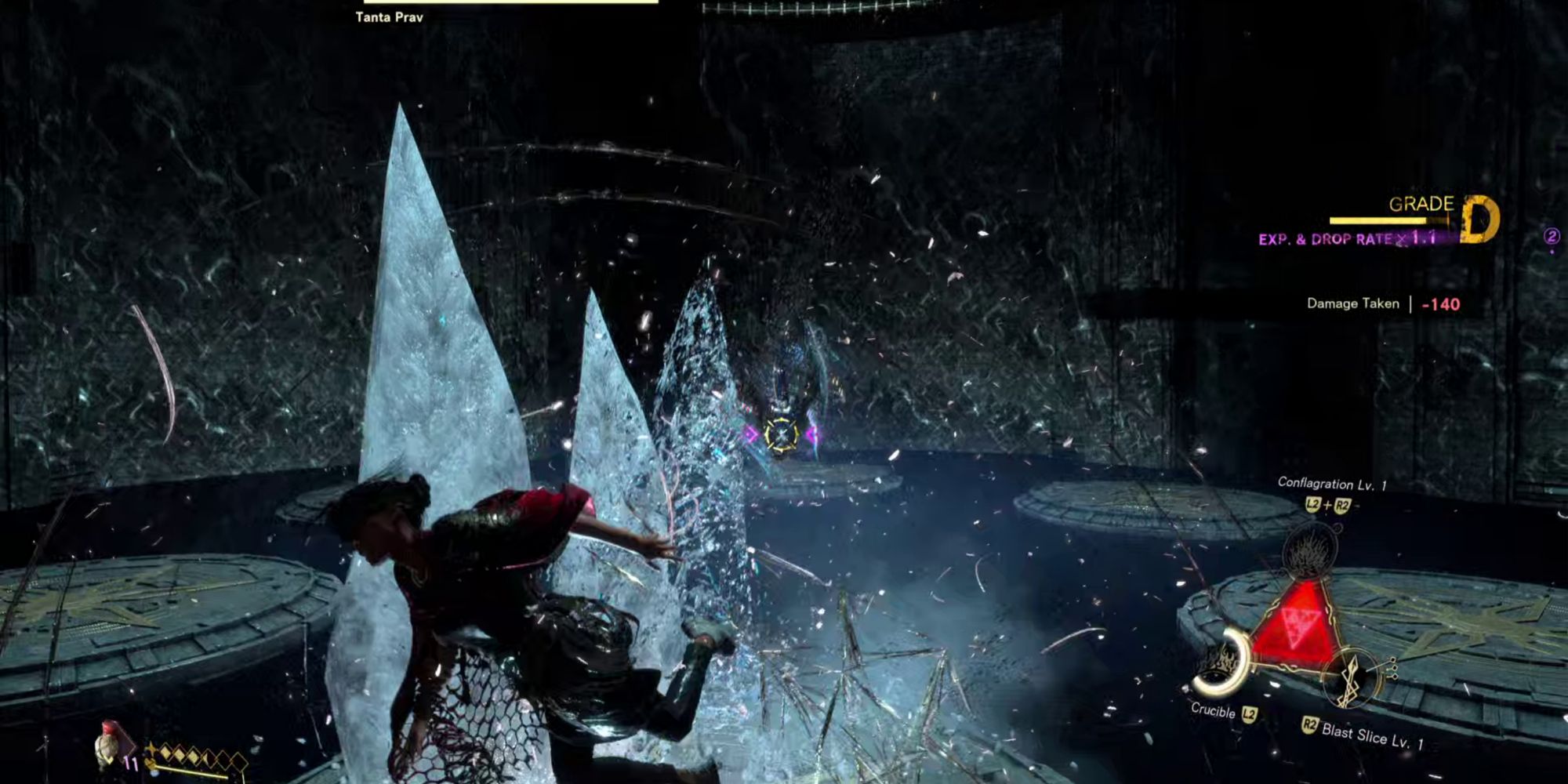 As far as your offense goes, the best spell for this fight is the aforementioned Blast Slice. However, if you're able to get up close to Prav, just mash the right trigger to start slicing away with melee attacks – this will deal more damage overall thanks to Prav's severe weakness to fire and the speed at which you can attack.

If you can get Prav trapped in a Crucible, she will take quite a lot of damage trying to get out of it – her AI doesn't really know what to do and will keep floating into the damage wall. 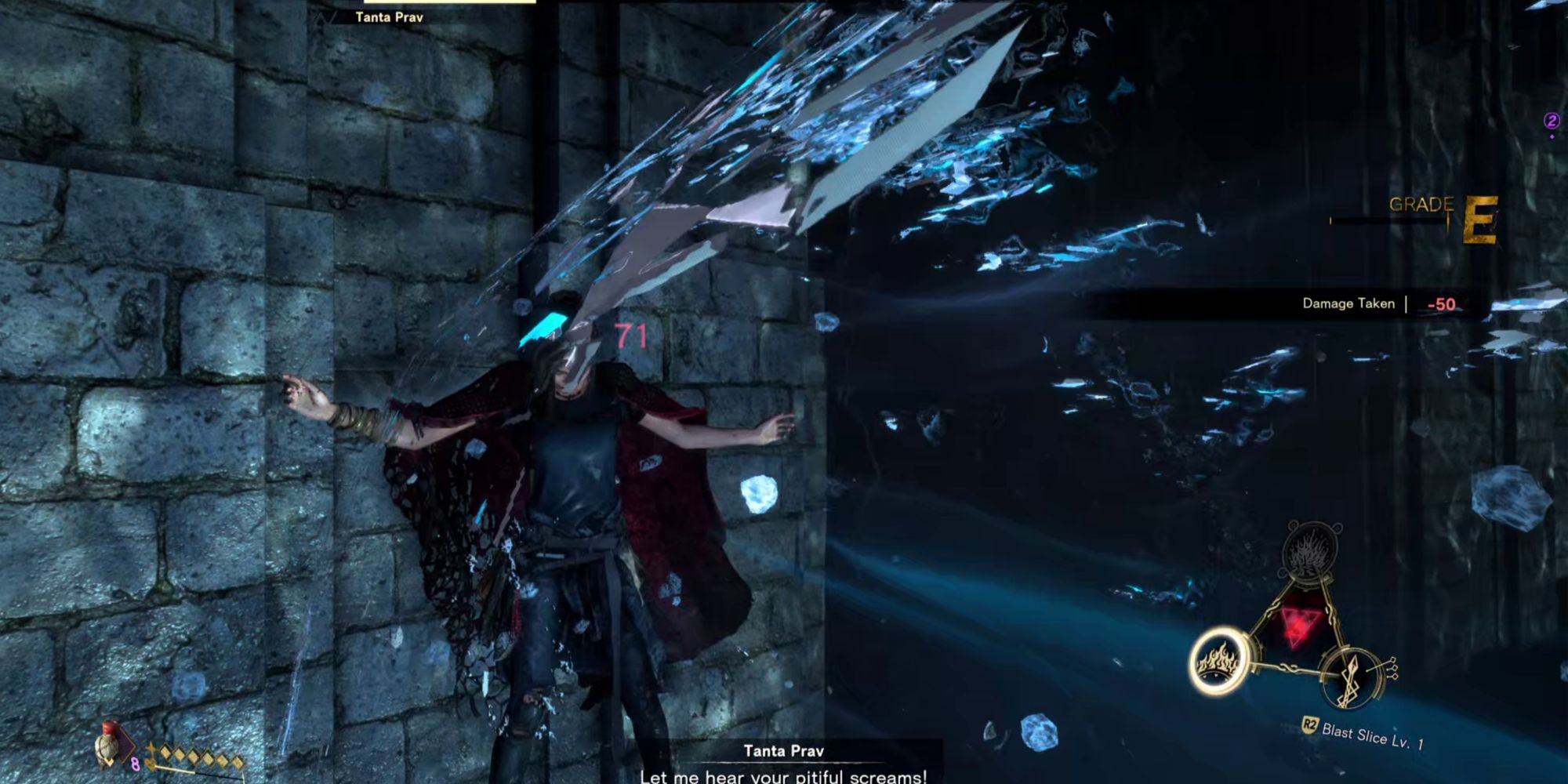 Once you get Prav down to around 33 percent health, the second phase will begin. In this phase, Prav spends the entire time upside-down and you're now fighting on platforms surrounded by water.

It's important that you stay on the platforms at all times. Not only can Prav freeze the water, causing huge damage to you, but Frey is a slow swimmer.

Prav's moves change in this phase:

Damaging Prav is a bit more difficult in this phase, but with her lower health, it shouldn't take many hits before the fight is over. Do your best to get up close and personal with her – she's very mobile and this is a difficult arena to get around, though, so be patient. The Crucible trick from the last phase doesn't work that well here, as Prav seems to move straight through it during certain attacks.

There will be a few moments after the attack in which Prav freezes the water where the ice is safe to walk on and Prav is in prime melee attack distance. Use these opportunities to get a bit of convenient damage in.

Be aware that if you want to use Surge Magic, it will only work if targeted on the platforms – if you try to use it on the edge of a platform, attempting to make the attack occur on top of the water, it will fail.

The main challenge here is keeping your health up if you get hit too many times – you've just gone through a marathon of combat, after all. Put your efforts and energy into dodging attacks rather than attacking Prav, and eventually, enough opportunities for damage will arise for you to win the day.