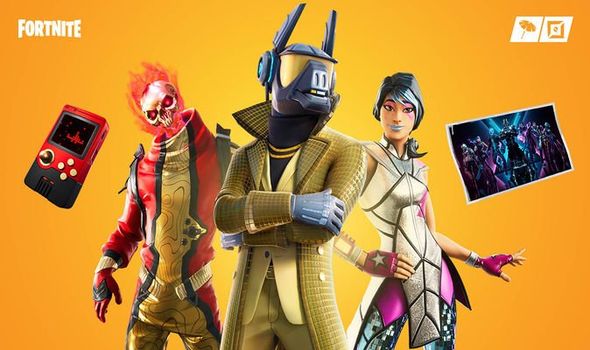 Fortnite fans can jump back into Battle Royale, as server downtime comes to an end.

Fortnite update 10.40.1 is available to download on PS4, Xbox One, PC, iOS, Android and Nintendo Switch.

And based on the update 10.40.1 patch notes, the big news is that Epic Games is extending Season 10.

As you can see from the update 10.40.1 patch notes below, Season X has been extended by a whole week.

Likewise, Epic Games is getting ready to release Out of Time Overtime missions before the start of Season 11.

“We’re heading into overtime,” reads an Epic post. “Before we’re out of time. Complete the objectives in the Out of Time Overtime Mission for end-of-Season rewards that include XP, cosmetics, and a commemorative Loading Screen.

The Out of Time overtime missions will be available from October 8 until the end of the season.

Elsewhere, Epic Games has unvaulted the Flint-Lock Pistol, and made a number of bug fixes and gameplay tweaks.

• We’re heading into overtime… before we’re out of time. Complete the objectives in the Out of Time Overtime Mission for end-of-Season rewards that include XP, cosmetics, and a commemorative Loading Screen.

• Out of Time will begin on Tuesday, October 8.

• We may be almost out of time, but we’re not out just yet — Season X has been extended a week!

• Gotham City and the Batman Caped Crusader Pack will be available until the end of Season X.

• Season X’s Overtime Mission is coming soon! The Out of Time Mission will be available from Tuesday, October 8 at 9 AM ET until Sunday, October 13 at 2 PM ET.

• Complete Out of Time’s objectives to earn end-of-Season rewards, including XP, cosmetics, and a Loading Screen that serves as a Season X memento.

• Zones Wars Desert, Vortex, Colosseum, and Downhill River LTMs have been consolidated into two LTM playlists. Queue into either playlist to play one of the four Zone Wars maps at random.

• Queue with a party larger than one into a free-for-all experience.

• Queue by yourself into a free-for-all experience.Bug Fixes

• Resolved an issue involving some players having difficulty queuing into The Combine.

• Because this issue has been resolved, The Combine has been re-enabled on iOS and Android.

• Resolved a level streaming issue that occurred with v10.40 causing an increase in players landing in low-detail environments on Nintendo Switch.

• Please note that this fix will result in a larger download for the system.

• Improved the performance of a cosmetic material to address hitches caused by the material.

• Improved the search bar functionality to make it easier to search for friends.

• Resolved a visual issue in which microphones would be displayed as on when players weren’t in voice chat.