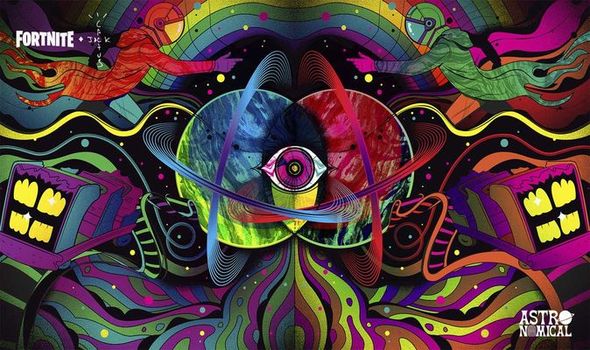 Epic Games is offering a big new Fortnite event to enjoy on all platforms and that means there’s going to be plenty of people trying to secure a server spot. The good news is that the Travis Scott Concert will be happening several times this week, starting on April 23 in the United States (early morning April 24 in the UK). This should make it possible for everyone to gain access and watch the special live event on PS4, Xbox, Switch, PC and Mobile.

But it’s almost certain that the most popular Fortnite Event Time will be the first confirmed by Epic Games.

For gamers in the United States, the Travis Scott Concert has a set start time of 7pm ET. In the UK, this will be happening at Midnight on April 24.

Epic Games has already said that they will be hosting the same Fortnite event at different times to make it easy for everyone to watch.

Fortnite event times for Scott Travis are as follows:

Epic Games is doing this because they only have a certain amount of server capacity, meaning that some people will miss out on the first night.

A message from Epic Games confirms: “From April 23-25, blast off into a one of a kind musical journey featuring Travis Scott and the world premiere of a brand new track.

“Astronomical is an other-worldly experience inspired by Cactus Jack’s creations, built from the ground up in Fortnite.

“To make sure everyone has a chance to experience Astronomical, we’re setting up multiple tour dates with showtimes for players around the globe.

“Jump in to whichever time fits your schedule best, or catch an encore with your friends if they missed it.”

So what’s the best strategy to try and make sure you’re one of the first to experience the next Fortnite event?

FORTNITE EVENT TIME – HOW TO GET A SPOT

Epic Games has confirmed that Fortnite event servers for the Travis Scott Concert will be opening 30 MINUTES before the gig kicks off.

So this will be the time to jump into the game and try and claim a spot to watch the Fortnite Astronomical debut.

This will mean logging into Fortnite Battle Royale at 11:30pm BST on April 23 for gamers in the UK and at 6:30pm ET for those watching in the United States.

A follow-up message from Epic Games confirms: “Doors open 30 minutes before each show, so get there early to secure your spot.

“Our goal is to accommodate everyone possible, but if capacity is reached, please join us for one of the other shows.

“The Astronomical tour dates are NOT region locked, but we’ve selected times to make sure everyone has a chance to attend.”

With current world events unfolding as they are, this latest Fortnite event could be very popular when it launches this week.

Get Up To 75% Off During Warner Bros. Switch eShop Sale