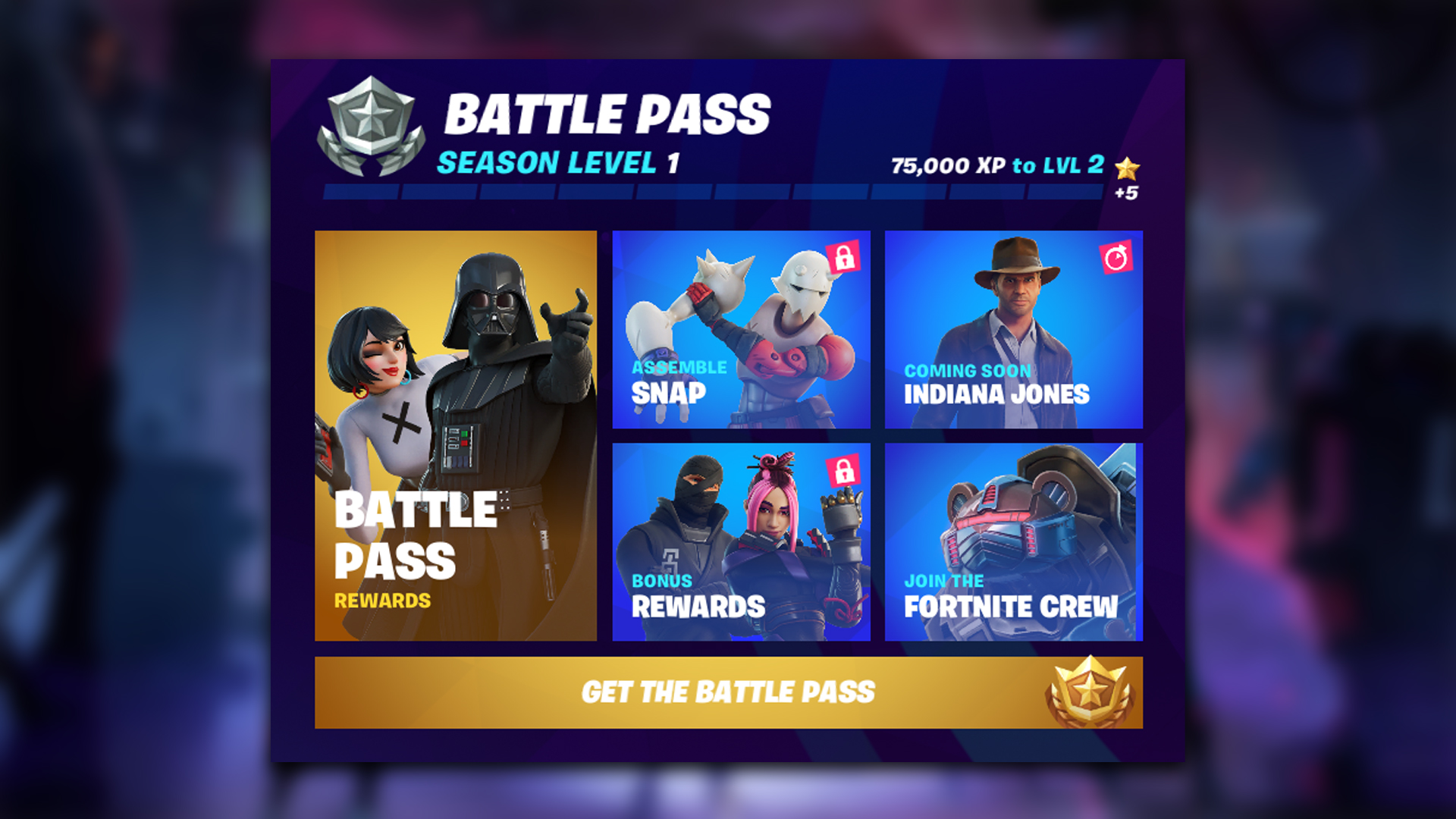 After months of speculation and various leaks, a Fortnite leaker has apparently confirmed the upcoming battle pass characters.

Shiina, a well known Fortnite leaker, has begun their big reveal for the next massive update, Chapter 3 Season 3, which includes Darth Vader and Indiana Jones.

Claiming that a 4chan leak has an ‘extremely low’ chance of being fake, Shiina posted what looks like the in-game menu for the battle pass for the next season.

In another tweet, Shiina teased Peter Griffin, from Family Guy, who has been rumoured for months at this point.

It would make sense if this came to be true, as Disney have been pushing forward with collaborations with Fortnite for a while now. Spider-Man’s webslinging and Star Wars – including Obi-Wan Kenobi – have all been in the game, alongside the current season focused around Doctor Strange.

Shiina also goes on to say that the dates the new season begins will be June 5, with the live event closing out Season 2 happening the day before, June 4.

For Naruto fans, Shiina says another leaker has discovered that Epic is working on a new collaboration for the ninja anime. New ‘Kawaii2’ quests and challenges are being worked on, which was the codename for Naruto before it arrived in game.

Fortnite Collision is the big event to bring in Season 3, featuring giant mechs and hints at Fortnite going to space. The Chief Creative Officer at Epic Games, Donald Mustard, has changed his location to ‘The Ice Moon’.

Mustard likes to tease fans quite a bit, with where the game is heading, and players have already begun analysing the key image that will be used as a loading screen during June 4’s event.

Collision will only be available on June 4, starting at 9pm BST, with Epic even recommending people to record the game independently if they want to help archive it.

They’ve also warned this will be the last chance to get any of the Prowler quests completed, as well as remaining challenges from Season 2.

There will also be a Collision item shop for exclusive items.