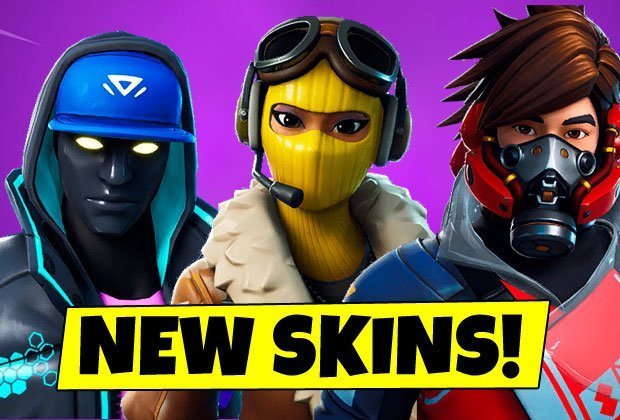 Fortnite Update 9.00 has released this morning and for the time being matchmaking is temporarily offline as Epic Games goes about releasing the brand season for the game.

This update is coming to PS4, Xbox One, Nintendo Switch, PC and Mobile devices.

The 9.00 patch notes have also been released if you want a closer look at the extensive changes to the game and map, including the new features like the slipstreams and new Places of interest on the map too.

But as with every update, there’s also a number of secrets hidden inside the game’s code. And like before, the update has been datamined by users who have revealed a number of new items you won’t find in the Season 9 Battle Pass.

Some are new skins entirely, others, slight style tweaks to existing skins we’ve seen before. One or two are skins merely for different genders.

Either way, there’s a lot of new upcoming cosmetics. This not only include new skins but also pickaxes, gliders, back bling and emotes.

To be honest, there are LOADS of new leaked cosmetic items. Which makes sense as this is the start of a new season.

These new details were found by the usual Fortnite dataminers who post their findings to Twitter. Although, for the time being, names and rarities for these items are currently unknown.

It’s equally unclear when these new items could go live in the game, but it’s likely going to be spread out over the next few days and possibly weeks.

We’ll keep updating this story as we learn more! For now, take a look at some of the images below of the new skins!

Slipstreams
Get around locations quickly with the new Slipstream wind transportation system.