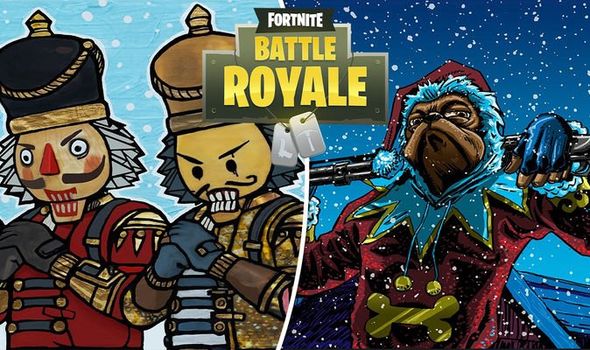 As is the norm with numbered updates, the latest Fortnite patch is a big one, weighing in at over 4GB on PC.

Needless to say, it’s accompanied by server downtime, which runs from 9am UK time until around 11am GMT.

The news was announced by Epic Games on Twitter, although without any teasers about what to expect.

While the full list of patch notes is yet to be revealed, data leaks have given us a pretty good idea about what to expect.

With Christmas coming up, Epic is getting ready to release the Snowball Launcher, and will also cover the entire map in snow.

Leaked loading screens (at the top of the page) also confirm the festive theme, and will likely be available as rewards during the event.

Hardcore fans like Lucas7Yoshi have also discovered lots of new skins and items available over the next few weeks.

As you can see from the image below, new skins include The Polar Patroller, Kane, The Devourer, Shiver and Frozen Fishstick.

Fans will also be able to unlock winter items like Christmas jumpers, wraps and Harvesting Tools.

Other update 11.30 patch notes can be viewed on the Fortnite Trello page, which details some of the common bugs about to be fixed by Epic.

• A player’s Safe Zone setting on Xbox One may return to 1.00 each time they log in on the platform.

• The Magma Wrap should look normal again on the Bandage Bazooka and Pistol.

• Twin Turntables that appeared grainy and pixelated should be fixed.

• The Bandolette Outfit hair should be looking stylish again.

• In progress missions cannot be joined by invitation if party settings are set to Friends Only or Private. 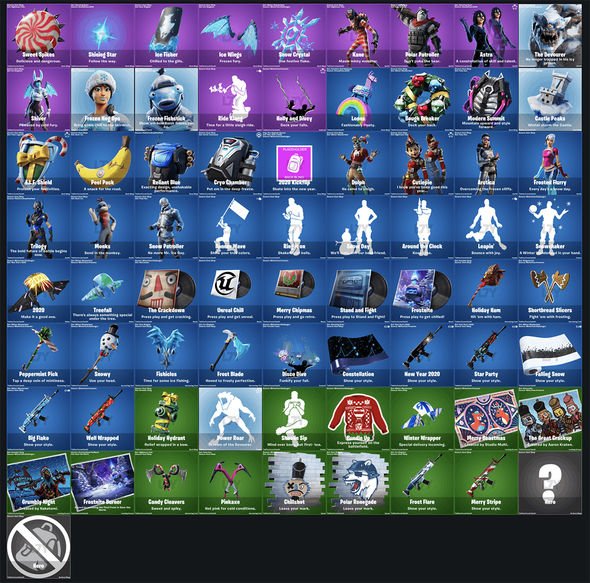 • Players may experience an issue while scrolling through their Friends List that should now be corrected.

• The Tutorial playlist should now be working on Mobile devices.

• The Quick Bar should now be working for players who were unable to see it.

• In the menu after a match on Nintendo Switch, both the “Spectate” and “Return to Lobby” options display the “B” button.