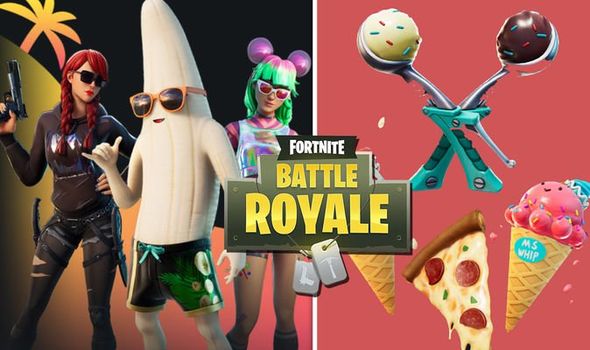 A new update means new features have been added to the game, map changes have been made, and bugs eliminated.

It also means new items have been discovered deep within the game files.

According to the latest round of Fortnite leaks, update 13.30 will usher in a brand new skin set for the summer.

The Summer Legends Pack – pictured above – will contain three bright and sunny new skins, as well as new Backbling.

This includes the brand new Unpeely skin, which is arguably the best new outfit of the lot.

Then there’s the Tropical Punch Zoey skin, which is described as “Candy-coated mayhem”.

Finally, the Summer Legends Pack adds the Summer Fable outfit, which can be seen in the Lucas7Yoshi leaked image below. 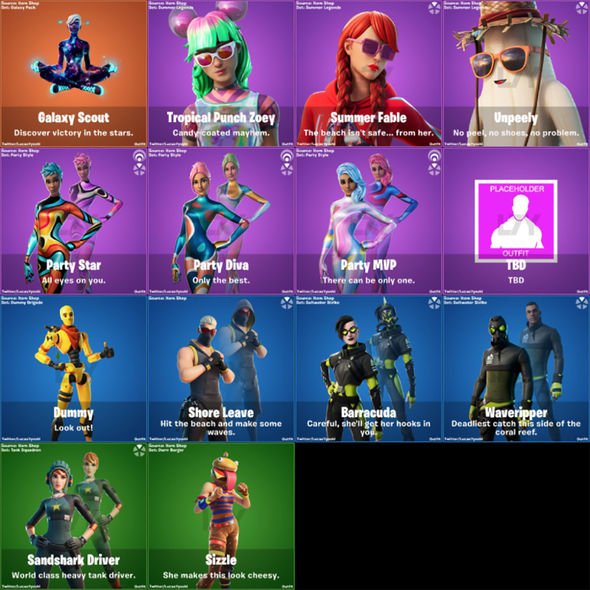 In addition to the new Summer Legends skins, the pack will also contain the Sour Swirl backbling, the Trapper Pack backbling, and the Banana Cabana backbling.

Other new and modified skins include the Galaxy Scount outfit, which is a reward for the Galaxy Cup.

That’s on top of the Party Star, Party Diva and Party MVP skin, as well as the Dummy costume.

Fans will also be able to purchase the Shore Leave, Barracuda, and Waveripper skins, not to mention the Sizzle costume.

It looks like another TikTok dance will also join Fortnite as a new emote, as the Out West emote comes to the game.

The biggest and best patch in quite some time, the new release finally adds Cars to the game.

That’s as well as a new map location – complete with a new challenge – and a fresh batch of Summer LTMs.

The next wave of summer limited time modes include Payback!, Catch!, and One Shot.