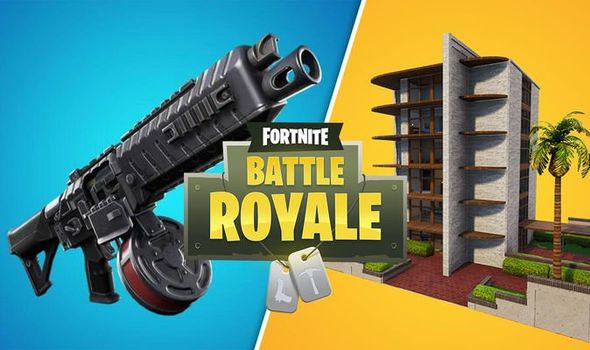 Fortnite developer Epic Games is getting ready to release the next content update for Battle Royale.

Fortnite content update 9.30 #2 is expected to have a July 2 release date on PS4, Xbox One, PC, Nintendo Switch, iOS and Android.

Of course, Fortnite updates have been slightly erratic of late, so there’s a chance it won’t arrive until July 3, or perhaps even July 4.

Because this is a content update, the good news is that there’s unlikely to be any Fortnite server downtime.

In fact, with new item assets already in the game, fans may not have to download anything at all.

According to the early 9.30 patch notes, the headline new feature is the Drum Shotgun.

The new weapon was discovered in recent update files, and has since been teased in the daily newsfeed.

“Eliminate to the beat of your own drum with the New Drum Shotgun!” reads the Epic description.

The Drum Shotgun will be available in uncommon, common and rare varieties after the update drops.

Fans lucky enough to find a Drum Shotgun on their travels can expect a weapon that packs quite the punch, especially in the rare variety.

Elsewhere, fans can expect one or two crucial bug fixes, not to mention new 14 Days of Fortnite LTMs and challenges.

One problem Epic is close to fixing involves Style challenges.

According to the Epic Trello board, style challenges from past seasons are appearing, even though they’ve been completed.

Epic has said that the problem will be fixed in the next release, although potentially not within a content update.

Other problems with imminent fixes include an issue stopping players from picking up items.

Traps, meanwhile, are sometimes invisible to players after becoming hidden in ceilings.

Full patch notes will be available once Epic releases the new update.