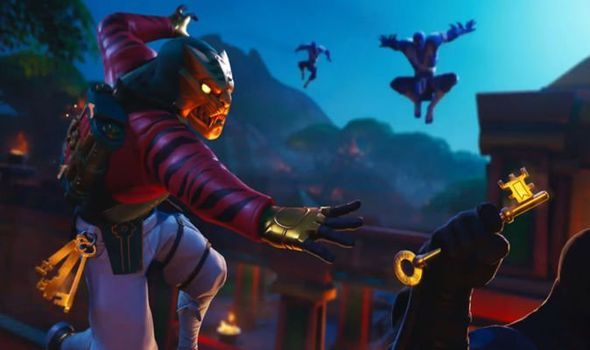 A new Fortnite update was released today, followed by a hotfix with one main focus.

While Fortnite patch 8.30 looked to bring new content and bugfixes to the game, a much smaller one was dispatched later on that was looking to solve problems in the Team Rumble LTM.

Fans have been vocal about seeing tweaks made to the limited time mode, and now they have a full set of patch notes look through.

It’s unclear if this will be the last patch released for Fortnite Battle Royale this week, or if Epic Games are planning further hotfixes in the coming days.

Reboot Vans were added to the game today and could have a massive effect on Team meta gameplay.

So will this new feature of bringing back dead players need more finetuning in the days ahead.

Epic Games will likely be looking out for more feedback on their latest changes and then act.

So this process could take some time and mean things will be staying the same for a little while.

For those who might have missed it, Reboot Vans make it possible to bring back squad members with Reboot Cards, which can be collected by other squad members.

Bringing Reboot Cards to Reboot Vans will bring each squad member whose card has been collected back into battle.

And collected Reboot Cards can be turned in by any squad member regardless of which member picked up the Card.

However, it should be noted that a Reboot Vans go into cooldown and cannot be activated again for 120 seconds after it’s used.

Those interested in finding out exactly what has changed as part of Epic Games’ most recent hotfix update, can find the patch notes listed below: