There’s a lot that can kill you in the wilderness of Red Dead Redemption 2, and now the Hypotermod has added one more thing to that list: the cold.

In the regular game, all the snow up in the mountains looks ominous, but it can’t actually do you any harm — in real life, however, staying out in the cold for too long without proper equipment can lower your body temperature, give you hypothermia and eventually kill you. The Hypotermod seeks to simulate this by creating a way to track Arthur’s body temperature by checking the outside temperature, the wind speed, and how wet you are, and compare that to how much fire is nearby. 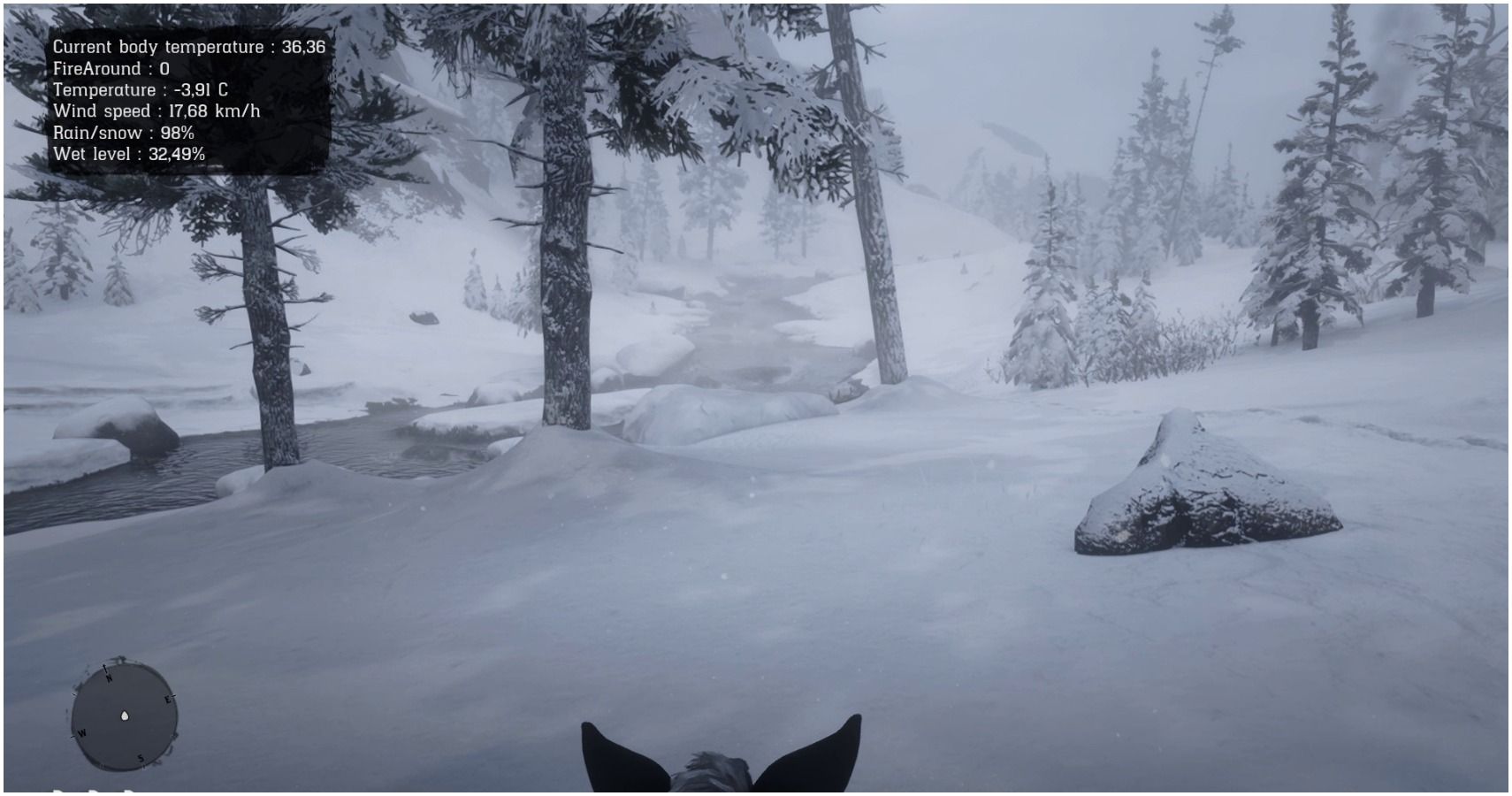 It has four stages of hypothermia that Arthur can undergo, each with its own unique effect on the character. “Mild Hypothermia” just gives players a message that Arthur feels cold. “Medium Hypothermia” forces Arthur to dismount every so often so that he can move his muscles. “Severe Hypothermia” causes you to occasionally lose control of Arthur as he starts to freeze and go a bit crazy. Then, there’s “sudden death,” which causes you to die, suddenly.

The Hypotermod was created by the modder mgiwndii, and isn’t the first mod that they have created for the game. According to his NexusMods profile, mgiwndii also created the Horse TP mod, which lets you teleport any horse in the game to you location, along with the My Horse Key mod, which sets a specific key to mount your own horse, making sure you don’t accidentally steal someone else’s.

Both of mgiwndii’s previous mods seem to be dedicated to making the game easier for players, which means that the Hypotermod  is something of a change in theme for the modder, since it adds a significant new challenge to the game.

It’s a simple mod, but if you’re a player who gets really invested in the idea of surviving the harsh wilderness, Hypotermod may just be the right mod for your tastes.