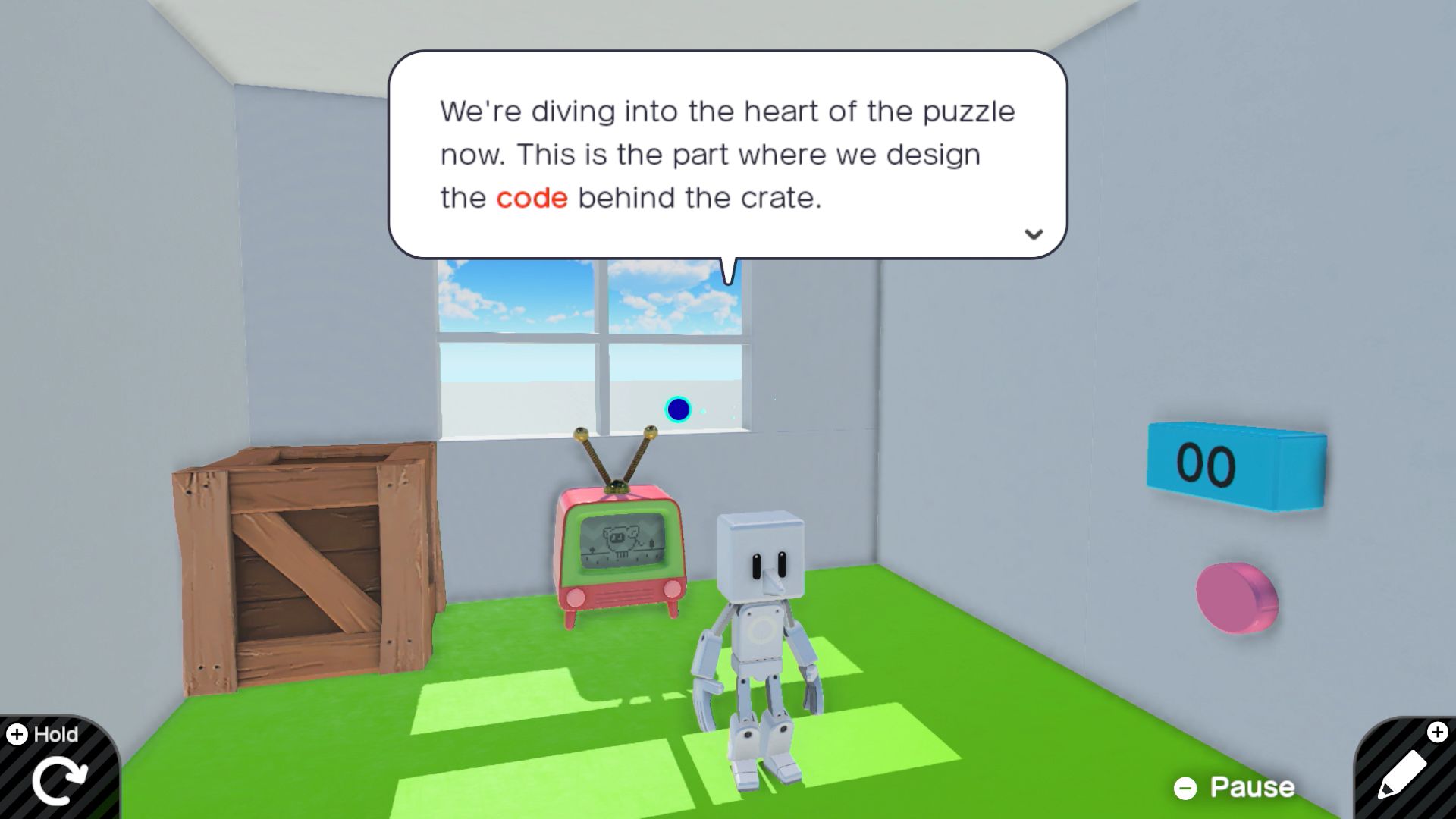 GameCentral gets a sneak peek at Nintendo’s new game creation tool, which aims to teach young and old about how you make video games.

Although Nintendo’s own development processes are a closely guarded secret the success of the Super Mario Maker series shows they do have an interest in encouraging ordinary people to make their own games. Game Builder Garage is an attempt to embrace a wider range of game types and while it has nowhere near the scope or complexity of Sony’s Dreams it does seem very good at teaching visual programming and the basic techniques of video game design.

As with most previews in the last year or so, we haven’t been able to play Game Builder Garage ourselves yet but it’s immediately obvious that the whole thing repurposes a lot of concepts and graphical assets from the Nintendo Labo software. The cars from the Vehicle Kit and various object models from the VR Kit are immediately recognisable to anyone that’s played those games, as is the garage interface that was used to explore the various functions of the Labo creations.

Whereas Labo was just as much about the Joy-Cons and the cardboard creations, Game Builder Garage is focused purely on how to make your own games. A set of seven tutorials walk you through the basics of the programming interface, which is based around using 80 different Nodon icons. These determine in-game logic and what happens when you press a button or interact with other objects. So, for example, you tell one Nodon what to do when you push right on the joystick, another what to do if you run into an enemy, and another what music they should play and when.

This can quickly get very complex but still seemingly in a readable manner, with everything presented in a typically cheerful Nintendo style – where the Nodon that controls the camera speaks like a luvvie movie director and the one for buttons enjoys getting hit on the head. That means there is a lot of text, as there was in Nintendo Labo, but it’s clearly all designed to be as welcoming as possible to kids.

Connecting Nodon together, so that you create increasingly complex interactions between the different systems, is as simple as drawing a line from one to the other and even if you’re making a 3D game the programming screen remains entirely 2D. Games included as examples are a 3D racer, a third person escape room style puzzler, a 2D platformer, a 2D shooter, a two-player game of tag, and the wonderfully named Super Person World – which works like an ultra-stripped down Super Mario 3D World.

As with any such tool, the things fans end up making will no doubt be vastly more complicated and imaginative than the examples that come with the game, but the variety already seems impressive. Even if the limitations are very obvious.

Since Nintendo has a family friendly image to maintain you can’t create your own objects but have to rely on the ones that come with the game. After all, Nintendo doesn’t want your kids making a giant phallus and having that running around in a game. Their only concession is that you can create your own patterns to reskin existing models.

Even that is deemed risky enough that you have to know a friend’s ID before you can see and download their games though. So if you don’t know anyone with a Switch, but go online looking to see what creations other people have made, you’re not likely to find anything other than what Nintendo themselves has uploaded. But, like we said, there was never any pretence that this would be the Switch equivalent of Dreams.

Hopefully, Nintendo can encourage some kind of player community, but the game’s real potential is as edutainment. Nintendo Labo was a great science tool, that was genuinely useful at getting kids interested in STEM subjects, and Game Builder Garage is perfect as an introduction to visual programming. You might not be learning how to code, exactly, but it does teach you the basics of programming logic and how apps are constructed.

For those interested specifically in making video games there’s also lots to be learned in terms of game logic and playability. Making video games is not easy but it’s useful to have it demonstrated just how hard it is, even in something as purposefully simple and accessible as this. A Nintendo rep talked us through one of the tutorials and even something as basic as jumping up to collect an apple requires several design steps and important decisions about controls, character abilities, graphics, and sound.

Game Builder Garage is a modest release, the price alone attests to that, but it still seems to serve a useful purpose. It won’t do much to sate the demands of Switch owners hungry for a new exclusive, but if you’ve ever been curious about how video games are made, or wanted to help your kids become interested, then Game Builder Garage seems to fill that role admirably.