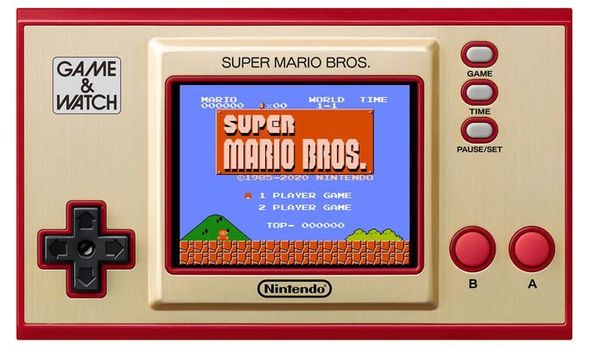 For a whole generation of gamers, Nintendo’s iconic Game & Watch gave them their first proper taste of handheld gaming.

Long before the Switch, and even the Game Boy, there was Game & Watch – gadgets with a rudimentary LCD screen that played a single game and doubled up as a clock.

If you managed to get one of these bad boys for Christmas or your birthday you would be the envy of all other kids at school back in the 80s and start of the 90s.

Besides becoming a smash hit, selling over 40million units in total, the impact of Game & Watch cannot be underestimated.

Not only did the first ever D-Pad debut on a Game & Watch, but it set Nintendo on a path where they’d dominate handheld gaming for decades to come.

It’s an iconic, and beloved line of systems from the old Hanafuda card makers, and almost three decades after its swansong Game & Watch has made a triumphant return.

As part of the Mario 35th anniversary celebrations, the Kyoto-based gaming giant has released a new Game & Watch handheld.

Besides creating Game & Watch and the D-Pad, Yokoi would go onto make the Game Boy, the Virtual Boy and the cult classic Bandai Wonderswan handheld.

The latest iteration of Yokoi’s iconic Game & Watch changes this up in a number of ways to bring it up-to-date for the modern era.

Firstly, no longer do you need to insert a few old school ‘button-cell’ batteries to power the system up – as it features a power pack that can be recharged via USB-C.

The latest Game & Watch also comes in a sleek gold, red and black colour scheme – seen on the controllers of Japan’s smash hit Famicom console, which went on to become the NES in the West.

But arguably the biggest difference between the new and old Game & Watches is the inclusion of a vibrant, colour LCD screen.

Not only that, but the animated movements of the characters – in keeping with those very early LCD handhelds – would be very staccato, like a few frames were missing.

Back then, we didn’t know any better – but since then it has only gone to add to the character and charm of these systems.

It’s an entirely different story on the new Game & Watch, which has a rich, colourful LCD screen that features crisp, fluid character animations.

The qualities of the Game & Watch’s screen are showcased on the clock feature, which shows the time as Mario, goombas et al all run around it. 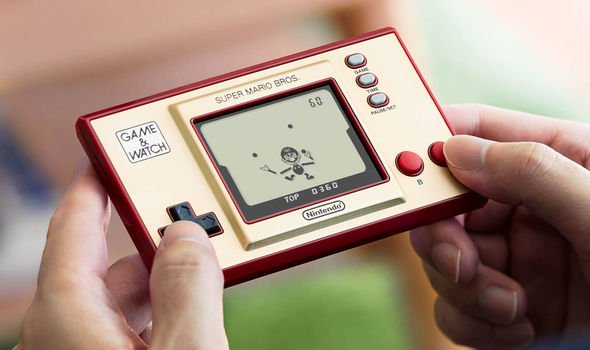 Playing a fast moving classic Mario game on such a small screen does take a bit of getting used to at first, as does controlling the action with the titch G&W controls.

Since old school Game & Watch games were a lot slower paced, and required precision movements, the size of the inputs wasn’t much of an issue.

But on the NES version of Mario and the Famicom’s Lost Levels – which comparatively has lighting fast platforming action – it does take a bit of time to acclimatise to.

This isn’t an issue with the Game & Watch’s third and final bundled in game, Ball – the first ever game to be included on a G&W system.

Ball sees you control a juggler trying to keep multiple balls in the air with the game ending as soon as you let one fall to the floor.

As you make more successful juggles, the action speeds up more and more – turning an initially sedate and simplistic game into a battle of expertly timed inputs and skill.

It’s great and a timely reminder of what made the original range of Game & Watch handhelds so special. 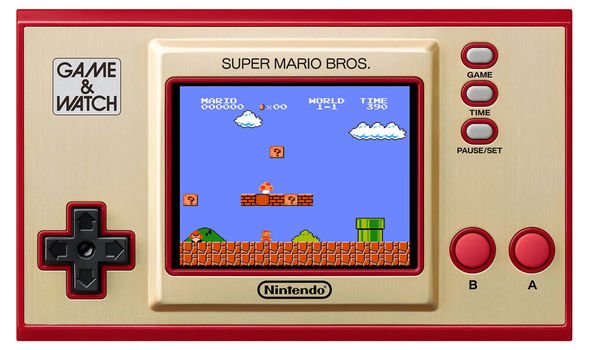 Sadly, the two bundled in Mario games – while being all time classics – don’t feel suited to showcasing Game & Watch’s charms and strengths.

Don’t get me wrong, these are fantastic, iconic and hugely influential games which will forever be in the gaming hall of fame,

I understand why Nintendo opted for these titles over other classic G&W titles – having a selection of black and white games might be a hard sell to those that don’t have nostalgia for the trailblazing handhelds.

And for those who didn’t grow up with Game & Watch it provides an extremely cute, charming retro device which gives a taste of what made these systems so special.

However, retro gaming purists may find the focus on colour, 8-Bit games detracts from the charm of the original Game & Watches. 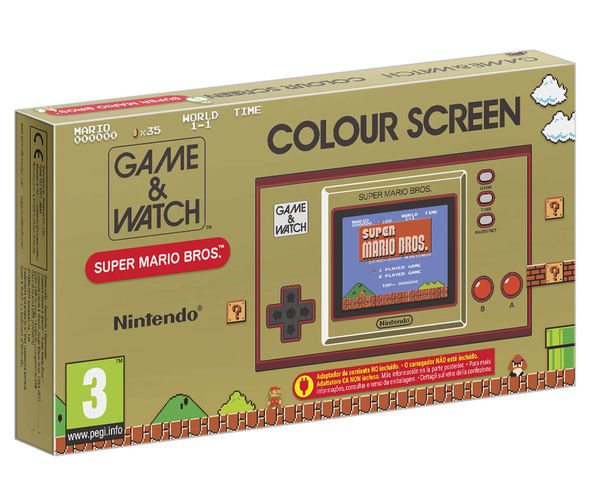 For me, a huge part of the nostalgia and appeal of Game & Watch is the staccato black and white animations that the old-school systems are known for.

Anything else just doesn’t feel right.

I was wracking my brains trying to think of a similar example where one change can make a big difference, and strangely enough I found myself turning to one of Yokoi’s other consoles – the Virtual Boy.

The most striking and individualistic thing about the Virtual Boy is its limited colour gamut, with just red and black displayed. Any potential remasters of these old-school VR games, which changed it to full colour, would just seem out of place.

And therein lies my main bugbear with the latest Game & Watch. Maybe if a selection of classic G&W titles had been included, in addition to the 8-Bit Mario titles, it would have addressed this sticking point.

But by including just one solitary, vintage title it feels like a missed opportunity to introduce a new age of gamers to the charms of Game & Watch.

As it stands, the 2020 edition of Game & Watch is a well built, adorable retro throwback that plenty of Nintendo fans will undoubtedly fall in love with – but purists may have a few issues with.