The Thursday Inbox has more recommendations for non-violent lockdown video games, as another reader falls in love with Lonely Mountains: Downhill.

The real deal
That PlayStation 5 demo is properly amazing. I am really impressed and while I know there’s no way any of the launch games are going to look that way it was a really smart thing for Sony to show off, especially as they didn’t even make it. It sure beats whatever that Assassin’s Creed Valhalla reveal was supposed to be for Xbox.

It later turned out it was only running at 30fps and 1440p but the big difference here is that Sony hadn’t made any promises about either and then immediately broken them. I’ve been frustrated with Sony’s lack of information so far but I’ve got to admit it does seem like they know what they’re doing. Especially as we’re this far through and we still don’t know what any of their games are!

One of them is bound to be Horizon Zero Dawn 2 though and knowing Guerrilla Games’ reputation and how the last game looked that is going to be amazing. I know it’s been a terrible years so far but there is light at the end of the tunnel (and I’m not just talking about games!).
Koffey

What the public wants
I don’t want to be responsible for another of ‘those’ letters but with just one video Sony has got me excited about the next gen and made all of Xbox’s teases and hints seem pointless and a waste of time. This is all anyone had been asking for from the start: show us the games. Or at least the graphics.

Microsoft could’ve easily done this six months ago and they’ve only got themselves to blame for Sony once again stealing the limelight.

But Xbox has the chance for a comeback here. For once Sony has gone first so this time show some gameplay with even better graphics. Easy to do, just make it a random three minutes from Halo or something and that’s it, you’re giving the public what they want. Instead of hyping up a showcase that had 30 seconds of fake footage from Assassin’s Creed.

If I was Phil Spencer I’d be pushing for this to happen ASAP, and definitely this month. I would absolutely not wait till July and for the narrative to set in that PlayStation 5 has the best graphics and developers love it. If they mess up this gen they’re only going to have themselves to blame. But well done Sony for finally showing something interesting, or even better from their point of view getting someone else to do it for them and still keeping all their secrets intact.
Ronnie Raygun

Cautious optimism
Great news about the Tony Hawk’s remake! I’m trying to forget the poor HD versions that appeared in 2012. And number five, which was awful. So I’ll be awaiting your review before committing. Oddly enough, for me, the most memorable was the third game, which came out on PlayStation 2. But I don’t think that says anything about the quality being better, it was simply the one that I played the most.

The developers, Vicarious Visions, did the handheld versions of the early games – I think? I had one version on the Game Boy Advance, and it was actually a fantastic game in its own right, so this remake is in good hands. Really hope they deliver!
Matt

GC: They did actually, yes. That combined with their work on Crash Bandicoot N. Sane Trilogy is very promising.

Unifying approach
So Sony creating an animation to show off their exclusive games is supposed to be impressive and innovative? Nintendo have been doing this for years… it’s called the Smash Bros. intro.

But on a serious note, I’d like Nintendo to do something to unify their first party games. At first, I thought they were going for iconic silhouettes scrolling across, or appearing, on-screen, as happened with Zelda: Breath Of The Wild and Mario Kart 8 Deluxe loading screens.
ttfp saylow (gamertag)
Now playing: Animal Crossing: New Horizons and Batman: The Telltale Series

GC: Nobody suggested it was innovative. It was just interesting to see them rebranding their first party output in that way.

Never stop
In reply to Stephen and Doom Eternal. Don’t bother getting the Xbox One X to play it.

It crashes on mine all the time, the only way to stop it happening as much is don’t press the pause button. It seems to be an overheating problem, the fan starts going very fast and loud.

This happened on Star Wars: Battlefront 2 and EA said it was nothing to do with them. A couple of weeks ago I got an email from them saying they found the problem and have fixed it. Only took them over a year to sort it out.

Apart from that Doom Eternal is an excellent game.
Cassius2K

No second chances
Am I alone in my disappointment about the Tony Hawk reveal?

As a fan of the series I was lapping up all the rumours, but then I saw the announcement and… meh!

I know details are vague at the moment, but it would have been nice to see them do something new with the franchise and include some content that they haven’t already flogged (or grinded) to death? It just feels like they are selling nostalgia rather than innovation. Something the original games were known for (the first few at least).

Possibly it’s because now they have the new engine and assets sorted they could create a Tony Hawk’s Pro Skater 3 and 4 remake easily and double up on the sales or just pump out expensive DLC (that schmucks like I will no doubt lap up) who knows?

I just really, really hope they keep the revert feature that was introduced from Tony Hawk’s Pro Skater 3 onward, otherwise this could quite easily become just a really pretty Tony Hawk’s Pro Skater 5 (and yeah, I paid full price for that one to!). That Vicarious Visions (who are responsible for the GBA ports of all the previous games and the excellent Crash Bandicoot remake) are developing is some consolation!
Huw

GC: As our story pointed out, recent leaks, and the roster of skaters in the remakes, suggest that a new mainline game is also underway.

Gentle advice
This month’s Edge magazine covers uplifting and non-violent games to play in lockdown, with many Xbox games included. I didn’t want to copy and paste the list of games as Edge staff have put a lot of effort into
it. There is 14 or 15 games for Xbox platforms.

You can get it digitally on iOS and Android platforms, so no worry about germs with the physical copy or having to wait for it to arrive in the post.
Andrew J.
PS: A mystery game is free on PC on Epic Store from today at 4pm.

Catch up on every previous Games Inbox here

Downhill classic
Wanted to add my thoughts on the recently released (on Switch at least) Lonely Mountains: Downhill. Firstly, this totally passed me by on PlayStation 4 and it was only your Switch review that piqued my interest, so thought I’d take a punt. And I was really glad I did.

I can see the why this is compared with Trials, but for me this is the superior title as it allows much more freedom both in terms of different ways to tackle each course, plus the additional lateral movement of your cycle. It just ‘feels’ so right, especially after you nail a tight breaking turn and then triumphantly speed down the trail (usually too triumphantly over a cliff…). To top it off the art style fits the game perfectly, minimalist and attractive in equal measure, and so glad the developers decided less is more and didn’t have an accompanying music track and instead the incidental sound design is much more in tune with the gameplay.

I’d put it up there with Inside and Untitled Goose Game as indie games this generation where great gameplay matches an art style that compliments the game perfectly and goes where a lot of mainstream titles don’t, and all power to them. Some may balk at a £17.99 price tag but it’s well worth that for what you’re getting, it deserves any success it gets (quick tip; don’t be put off by the control system as although it feels awkward for the first 10 minutes it soon becomes second nature). A high 9/10 from me.
TheTruthSoul (PSN ID)

Inbox also-rans
Two things. Very happy with Tony Hawk’s Pro Skater announcement. Second thing, can we not get a console to do 3K if it exists and 60fps? Minus 1k for 30fps should be worth it, no? That is all.
Bobwallett
PS: The entire Tony Hawk’s Pro Skater series soundtrack is on Spotify, so you won’t really need to miss out on any tracks left out in the remake.

Have you seen the footage of a PS5 running Unreal Engine 5? This looks to be the first real taste of what the next gen consoles will be capable of and it looks unbelievable. I understand that it may take a while for the games to look as good as this but if they do, we are all in for a treat.
DjKj

This week’s Hot Topic
The question for this weekend’s Inbox was suggested by reader Ishi, who asks what are the most impressive video game graphics you’ve ever seen?

With the next generation of consoles fast approaching what’s the most impressed you’ve been up until this point? Was it purely because of the technical achievement or did the art design and camera work play a part as well?

What kind of things are you generally impressed by in games when it comes to visuals and what are you hoping will become possible in the next gen that is impossible, or very difficult, at the moment? 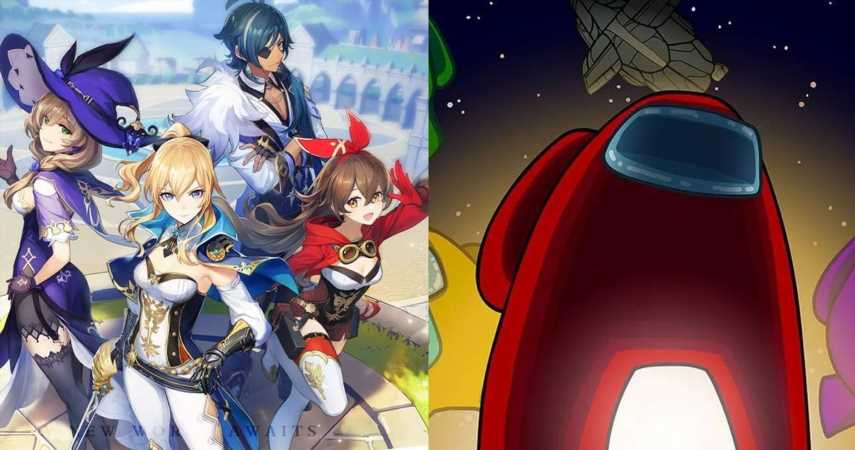