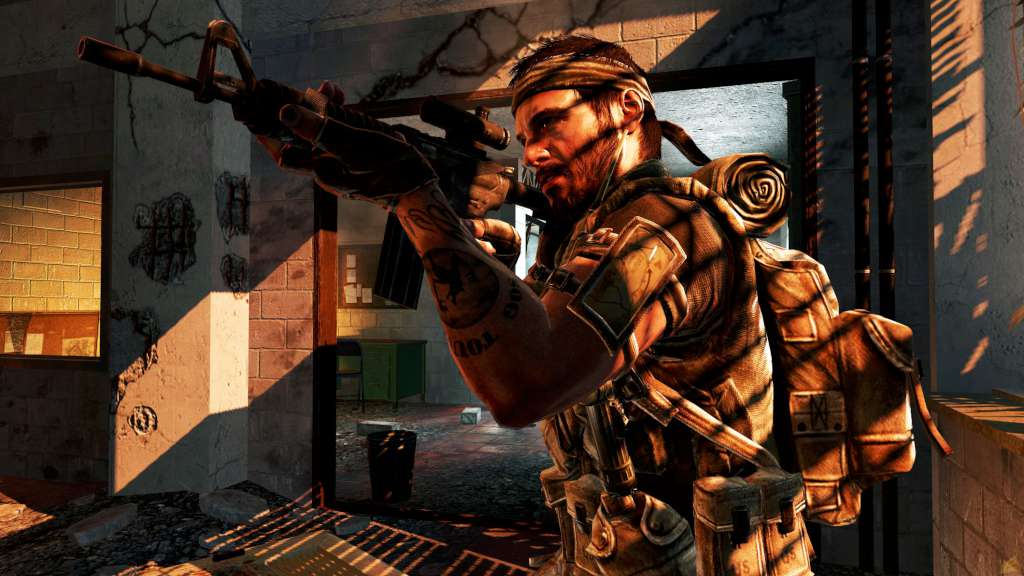 The Wednesday letters page is feeling pessimistic about the new Tomb Raider, as another reader laments the death of Project Gotham Racing.

War never changes
I’m really finding it hard care too much about Call Of Duty’s troubles right now, and I say that as someone who, up to Infinite Warfare, did buy them every year. I didn’t like the Modern Warfare reboot though and I’m very doubtful about this year’s sequel, so I don’t know what they can do to win people back.

The problem is there’s just nowhere to go for the series and I don’t think that’s the fault of Activision’s developers particularly, it’s just the whole first person military shooter thing has been done so often there’s nothing left. Warzone might have problems with bugs and cheats but it’s also the issue that battle royales are getting worn out too.

You can see the same problem with Battlefield, where there’s just nothing to do but invent contrived new game modes and hope everyone’s satisfied with slightly better graphics. I don’t know what the answer is here, maybe setting the games further in the future is the answer or making the games more like a tactical squad game, but I don’t think old school Call Of Duty has got much more life in it.
Kickback

Expanded story
Curious to see what Mortal Kombat 12 is going to be like, because I would’ve thought that series had run out of new ideas years ago and yet it still keeps coming back and I’ve enjoyed all the recent ones. They really stepped up with the graphic with the last one two, so if the new one is next gen only that really should be a sight.

You’ve got the eternal problem that all fighting games are basically the same but if they focus more on the story, like they usually do, then I think there’s still plenty of reason to make a new one. Maybe add some mini-games too. People are always saying they should make a new Shaolin Monks but I’m sure they could in a simple side-scroller into the regular games, then see how popular that is and go from there. Here’s hoping it gets announced this year.
Banshee

Let them fight
Just a minor thing but I’d just like to praise the artificial intelligence in Elden Ring. It’s not clever or anything, in the ‘I am alive!’ sense but I’m continually impressed by how it does sensible things I don’t expect. Enemies will chase after you over a much longer distance than I’d expect, they retreat, and they switch up targets.
They make mistakes too. Like sometimes they’ll misjudge a job, and technically that might be a bug or something, but it just feels real and organic, like that’s a mistake they’d make in real life.

I particularly like when you can get them fighting each other. There’s a particularly hard dragon fight in the snowy area towards the end and I was getting nowhere with it, until I realised there are two tentacle monsters nearby that you can trick into fighting the dragon. I barely laid a hand on it at the end and just watched the three of them go at it. Amazing game.
Stuey

Keeping track
Just a few more days before we get the DLC courses for Mario Kart 8 Deluxe! Why is it taking so long?

Reminds me of the South Park episode of Cartman waiting for the release of the Wii, where he gets frozen in ice and thawed out on release day so he doesn’t have to wait anymore.

It seems like I’m waiting forever. I only ever get this feeling for Nintendo games. OK, well Wolfenstein 2 made me feel that way also.

I stopped thinking about the release of Zelda: Breath Of The Wild 2. It will just hurt me too much waiting day to day for its release!

I’m not feeling the Hot Wheels DLC on Forza Horizon 5. How come you haven’t reviewed it yet GC?
Nick The Greek

GC: We seldom review DLC and we have no affinity for Hot Wheels. We will cover the new Mario Kart courses though.

Project Gotham Racing 2 was the game that got me into Xbox Live, with really creative multiplayer modes like cat and mouse. Project Gotham Racing 3 had a mode where you had a few hours to qualify for a race against people on Xbox Live. I remember the elation from managing to qualify ahead of my mate, then the sadness of the connection dying as the race started.

For some reason it seems Microsoft decided it didn’t need it anymore; probably because it had Forza Horizon on the way. But for me the racing in Horizon just doesn’t cut it. In Project Gotham Racing you needed to learn the racing lines, take risks getting close to barriers, things like that. In Horizon you just plough through stone walls or trees with no consequences, unless you have randomly hit one of the indestructible ones.

Bring back the team and give us another Project Gotham Racing style game somebody.
EvilMoomin

GC: Not that we disagree with the gist of your comments, but it was Forza Motorsport that took over Project Gotham Racing’s slot in Microsoft’s schedules. The more arcade Horizon didn’t arrive until seven years later.

Grim dark future
Loved to see you talking about The Horus Heresy as part of Warhammer love recently. I am a lapsed collector of 20 years or so and got back into it a couple of years ago and really enjoying all the rich characters and story. I don’t actually play but collect and paint. It’s also great that the franchise is more mainstream now – with the likes of Disney publishing some comments, mainstream toylines, and the likes of Henry Cavill (Superman himself!) a big fan.

However, I am still scratching my head why there are no AAA games on the franchise in the last decade (excluding the Total War games which are in the fantasy not 30/40K settings). I LOVED Dawn Of War back in the day, but why nothing of such good quality since? I know there have been several (many) mobile games and I think some ok ones on console, but nothing which is standing out to me.

What I would love to see is a 2022 version of the Dark Crusade style campaign from Dawn Of War. Either real-time strategy or I’d enjoy an XCOM style Killteam setting where you have just five squad members which you heavily customise. I know there are iterations on these ideas, but nothing which is actually really GOOD, unless I’m mistaken (please correct me if I am)?

For the Emperor, make it so!
Tom

GC: If Dawn Of War 3 had been a bigger hit we’re sure you would’ve got more of those. There are always new games coming up though, from a bewildering array of different companies. You’re right to imply that a lot are low budget but Warhammer 40,000: Darktide and Warhammer 40,000: Space Marine 2 both look promising, and relatively expensive.

A better Surge
I had a weird dream last night about Starfield and Elden Ring, and thought FromSoftware could completely pull the rug from under Bethesda, by making their next game a sci-fi game, you know like The Surge but not rubbish.

GC: Their next game probably will be sci-fi, but a new Armored Core is likely not what you’re looking for.

She has a butler
I wish I could muster some enthusiasm for the news about a possible new Tomb Raider game, but I can’t.

It’s bad enough the news about there not being a sequel to the most recent film, which I thought was good in parts. Especially the parts that focused on Lara Croft (Alicia Vikander) and not her hammy father and his similarly hammy psychopathic nemesis. In short: Alicia Vikander was the best thing about it. Without her any future Tomb Raider film there may or may not be will have to find a phenomenally good actress to better her portrayal.

The new game, which also may or may not be, already sounds awful in concept. The hint that it’ll feature a female love interest for Lara is the cherry on the cake of badness. It’s just such a tired idea that might have titillated a predominantly male teenage game playing audience last century but now making the character gay or bi has become little more than a cheesy, outdated marketing cliche. Just no.

Just a suggestion: if the game does go ahead then the makers could do no better than to offer the voice acting part to the aforementioned Alicia Vikander. She may be Swedish but her English, with a suggestion of that heritage mixed with a mild mid-Atlantic accent, would be easier to understand for a worldwide English speaking gaming audience. At least more suitable than an upper class/public school English one they’re apparently looking for. She is also the right height.
Malcolm Lawn

GC: Not that we’re against Alicia Vikander staying in the role, but we don’t remember anyone complaining they couldn’t understand previous Laras. Being upper class has been part of the character from the very start.

Inbox also-rans
Speaking of games that are meant to be coming out next year and we’ve barely seen anything of it, when are we going to get a proper look at Star Wars Jedi: Survivor? I’m hyped at seeing more Star Wars after that new Andor trailer. What did GC think of it?
Koffey

GC: It looked great, and a night and day difference compared with Obi-Wan Kenobi and The Book of Boba Fett, which now look even cheaper and more amateurish in comparison.

Just beat Live A Live and loved it. Always wanted to play the game but didn’t want to use a hacked ROM. Never thought there’d ever be a remake but this has worked out great!
LHN

This week’s Hot Topic
The subject for this weekend’s Inbox was suggested by reader pete216state, who asks what’s the best graphics you’ve ever seen on a particular console?

It doesn’t have to be the best graphics ever, just the best graphics on that format. So, for example, the best looking SNES game or Xbox 360 title. What impact did the graphics have on you at the time and what games have since surpassed it?

Is your choice made primarily from a technical or artistic perspective, and if it’s the former how long did it stay on top?

You can also submit your own 500 to 600-word Reader’s Feature at any time via email or our Submit Stuff page, which if used will be shown in the next available weekend slot.