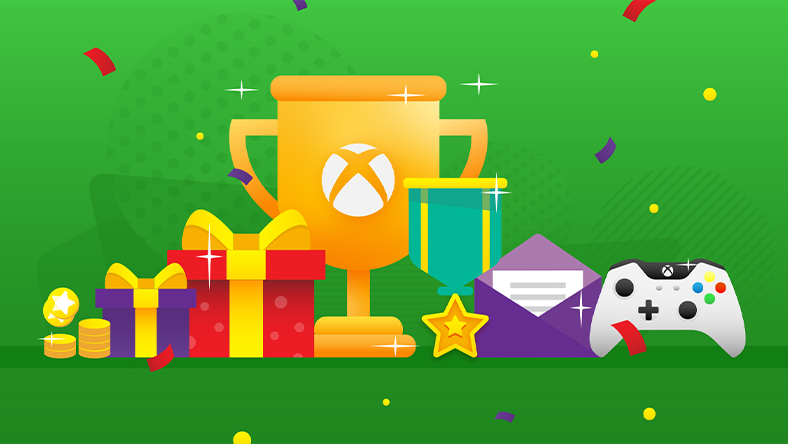 Free money
RE: Simundo. Microsoft Rewards is indeed an incredible secret. Shhhh! I’m worried Microsoft might click on to the madness they are perpetuating. Personally, I’ve had so much free money from doing little that’s gone straight into buying games I’ve had my eye on. I’m talking games on games on games.

My mate, on the other hand, paid for a three-month Game Pass code as a trial, and has subsequently built up over a year’s subscription in the bank now via rewards. So he’s bought himself breathing space to use his credit on games for a while, before topping up his Game Pass as he sees fit once it runs low again. So he doesn’t have to spend another penny as long as the scheme runs. It’s incredibly generous!

When I first saw it popping up all that time ago I ignored it, expecting it to be silly rubbish and not worth the time. But no, genuine free monetary rewards for doing little other than playing games. It’s fantastic.
Pazjohnmitch
PS: I’d certainly buy your F-Zero proposal in an instant. You’ve solved it right there. I have my monies ready, please take it. I also absolutely loved X, stunning game.

Daily challenge
I’d also like to champion the Microsoft rewards scheme. I have my search engine set as Bing and do the weekly and daily quest to simply log in to the mobile Game Pass app. I also do the daily Bing challenges, which take all of two minutes each morning when I log in for work. I have accumulated around £30 worth of Microsoft Points, which I have converted into Xbox store vouchers for little to no effort at all. I’d highly recommend it too.

I’ve already spent some of that Xbox credit on WRC 9 for £3.19 (which I think was a pricing error, as it’s back at full price now) and Asura’s Wrath when that was on sale.
Angry Kurt (gamertag)/Angry_Kurt (Twitter)
Now playing: Halo: Combat Evolved (Xbox), It Takes Two (Xbox), and Ghost Recon: Shadow Wars (3DS)

Choose your moment
Just to reiterate Simundo’s comments about the Microsoft rewards thing, I’ve been collecting them across Xbox and Bing and it’s been pretty much paying my Game Pass subscription every month, what with the extra challenges in the rewards app.

The main thing I wanted to mention though was to be careful claiming the vouchers too early as I think once the voucher is claimed it has to be used within a fairly small timescale, it’s better to leave it on your points balance and then claim all at once
Parsonas

Keeping secrets
So Sony are beginning to show their hand now, with all this talk of more exclusives than ever and deals with smaller studios for exclusive, original IP. I am all for this, I’m much more interested in a brand new franchise by known-to-be-good developers than a new Fable or Halo, but why do I still feel Sony aren’t being entirely honest here?

Maybe it’s just the odd, way the information is coming out and all the non-answers in the interview but all of sudden I just don’t trust Sony. Maybe it’s just all the U-turns and bad decisions lately or the fact that so much of the PlayStation 4’s success was based on announcing games years in advance and driving up the hype for them. They’re doing everything else the same so why is that suddenly not the way to do things? They’ve barely mentioned Returnal so far and it’s out next week!

I hope I’m wrong, for the very good reason that I’ve already bought a PlayStation 5, but faith is pretty shook at the moment. I really hope they put on a good show at their E3 adjacent show and we can finally have a lot of certainties to look forward to. I know the coronavirus has messed up a lot of this but in my opinion Sony has not handled the post-launch months well.
Zowie

Physical Switch
There’s a couple of great games coming to Switch that I thought people might be interested in: Neo Geo Pocket Color Selection Vol. 1 and Sam & Max Save The World (also being released on PC) on Limited Run Games.

I thought I would get the Neo Geo Pocket collection, as at the time I remember when it came out in the UK but I didn’t ever own one. I have also never played Sam & Max so it will be cool to have a physical copy of that for Switch.
Andrew J.
Currently playing: Bowser’s Fury

Early morning inspiration
Last night I wasted two hours of my life with Microsoft’s technical support live chat. I had a code for EA Play I wanted to redeem to get four months of Game Pass Ultimate. The code would not apply to my account, so I contacted them. All I wanted to know was, why didn’t it work? They got me to reset my Xbox twice, and my laptop for some reason, even though that caused me to have to start the whole process again. In the end, after sending them receipts for the code, etc., they said there was nothing they could do and to go back to the vendor.

On waking just now I had a brainwave and turned on recurring billing for my soon to expire Game Pass Ultimate. Then I tried the code and it worked first time.

I had a similar issue with Microsoft a few weeks ago when my One Drive 100GB deal from Samsung just stopped without explanation. They could not tell me what had happened, all I wanted to know was, did the deal expire?

So what on Earth are they training these people?
Chris Hard

In control
Having played Tiger Woods 2003 a fair bit recently it’s made me think how good the control system was. I’d be interested to know what other games people think absolutely nailed it when it came to the controls.

Super Tennis and the WCW/WWF games (No Mercy mainly) on N64 just felt perfect and despite advances in technology in some ways I feel they haven’t been bettered.
John Atkinson

Theoretical game-changer
So…. I am currently using the beta which allows you to stream Xbox Games Pass on a browser. Google, Bing, and Safari are supported.

It dawned on me that this now allows players to access Games Pass through the PlayStation 5’s browser. Game changer.

So now a PlayStation 5 user can play over 100 games streamed via the browser on their PlayStation 5. This should be attractive to all gamers.

It allows them to access titles that are Xbox exclusive. Gears, Halo, Forza, and ahem… Bethesda. This is an excellent opportunity which allows PlayStation 5 users to still play these games simply by signing up to Games Pass. For Microsoft it opens the door for millions more subscribers after already hitting the 23 million users landmark.

Considering a new release is £70 on PlayStation 5 this is a no-brainer for cash conscious gamers. Especially when you factor in titles like FIFA 22 will be coming to Games Pass on day one. Why would you pay £70 just for this new title when spending less can give you access to the game along with hundreds more?

Microsoft have really changed the game with Game Pass, first available on Android and now any browser. My only issue now is I have an Xbox Series X and a Series S and cannot play PlayStation 5 titles!
Roy McMillan

GC: We’re curious to hear if anyone has actually got it to work on PlayStation 5 yet.

Inbox also-rans
Has there been any news of late on another season of the Batman: The Telltale Series game or The Wolf Among Us 2?
TheSpectre N8 (gamertag)

GC: Sadly, there’s been no update so far this year.

Microsoft games on a Nintendo platform, Sony developed games on the Xbox format. Who would’ve thought Sony and Microsoft would go third party before Nintendo? I jest of course, but a lot of truth is said in jest.
Bad Edit

This week’s Hot Topic
The subject for this weekend’s Inbox was suggested by reader 84Colbat, who asks what single-player game have you spent the most time on?

Whether it’s because of replaying the same game multiple times, rebuying it when it’s re-released on new formats, or simply playing the same save for a long while, what primarily single-player game have you spent the most time on over the years?

Is it unusual for you to spend so long with a single game and what do you feel is the minimum amount of time a full price single-player game should last to be value for money?