Bennett has been derided as not being a worthwhile inclusion in your Genshin Impact party since his introduction, but those people judged too harshly too quickly because if you equip the little man with the right tools for the job, he can be a very capable Pyro Support character, and an essential part of the right team composition. If you’ve got Bennett and have taken a shine to him, then read on below because we’re breaking down the very best weapons, artifacts, and playstyle to complement his ferocious fire attacks in Genshin Impact.

Bennett is at his best when using his solid Pyro skills and protecting the rest of the team. If you’re looking for a decent four-star weapon for Bennett you can either cross your fingers and wish for the Lion’s Roar, a sword which boosts the damage Bennett does with his Pyro skills, or craft the Iron Sting, a weapon which is easy to refine but doesn’t offer as many immediate benefits.

Of course, long-term you want to aim to equip Bennett with a five-star weapon, and there’s none better than the Skyward Blade. The Skyward Blade is a powerful weapon, and in addition to that it boosts ATK and move speed after using Burst – and wouldn’t you know it, Bennett’s Burst can also boost your ATK, and these can stack together to make him incredibly deadly. Yes, he’s meant as a support, but this is a solid offensive strategy. 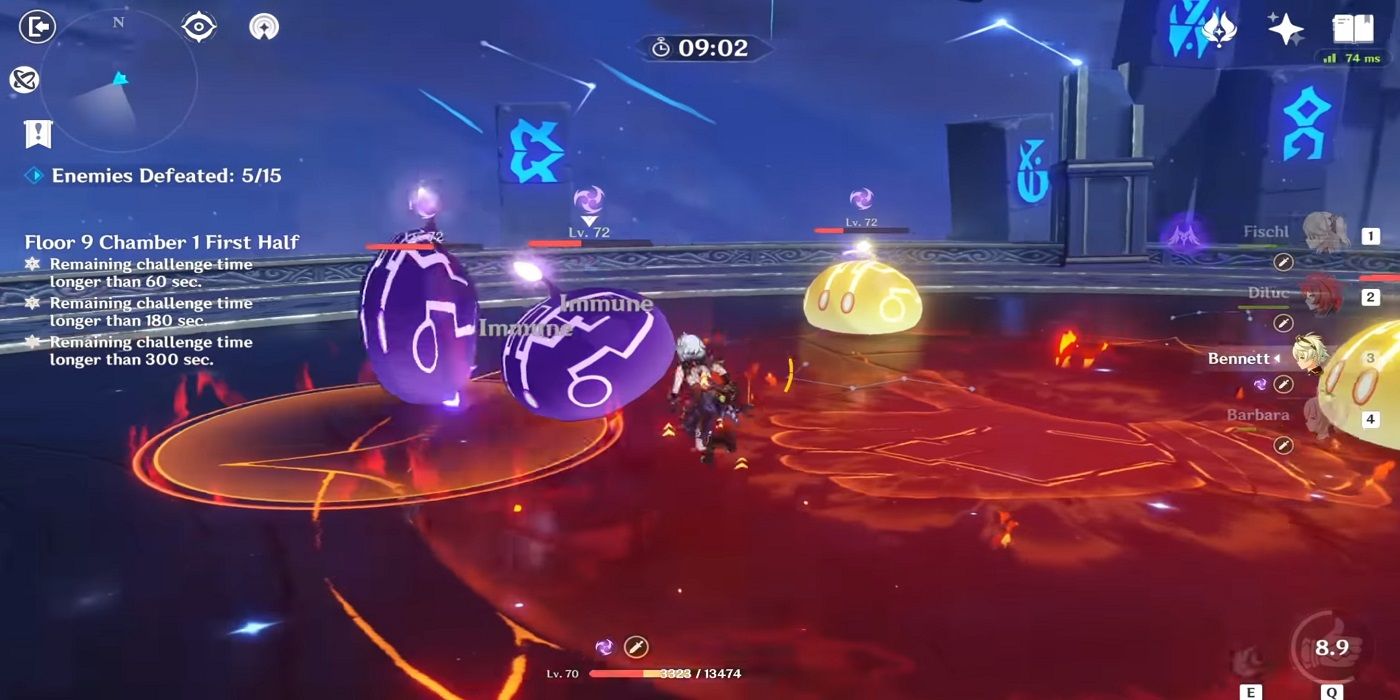 Your artifacts should always complement the elemental abilities of the users that equip them – naturally – and Bennett’s Pyro abilities only have one set which works best for them, and that’s the Crimson Witch of Flames artifact set, comprised of the following items.

Just two pieces of this set will boost Bennett’s Pyro attacks by 15%, and if you’re lucky enough to have four pieces equipped then you get an extra 40% when causing Overlord or Melt. Vaporize and Melt also get additional effects increased by 15%, and after using Burst your initial two-piece set bonus will be increased by 50% up to three times, offering a total Pyro attack boost of 37.5%. Stack it all together, and you have a devastating combination, especially when wielding the Skyward Blade. 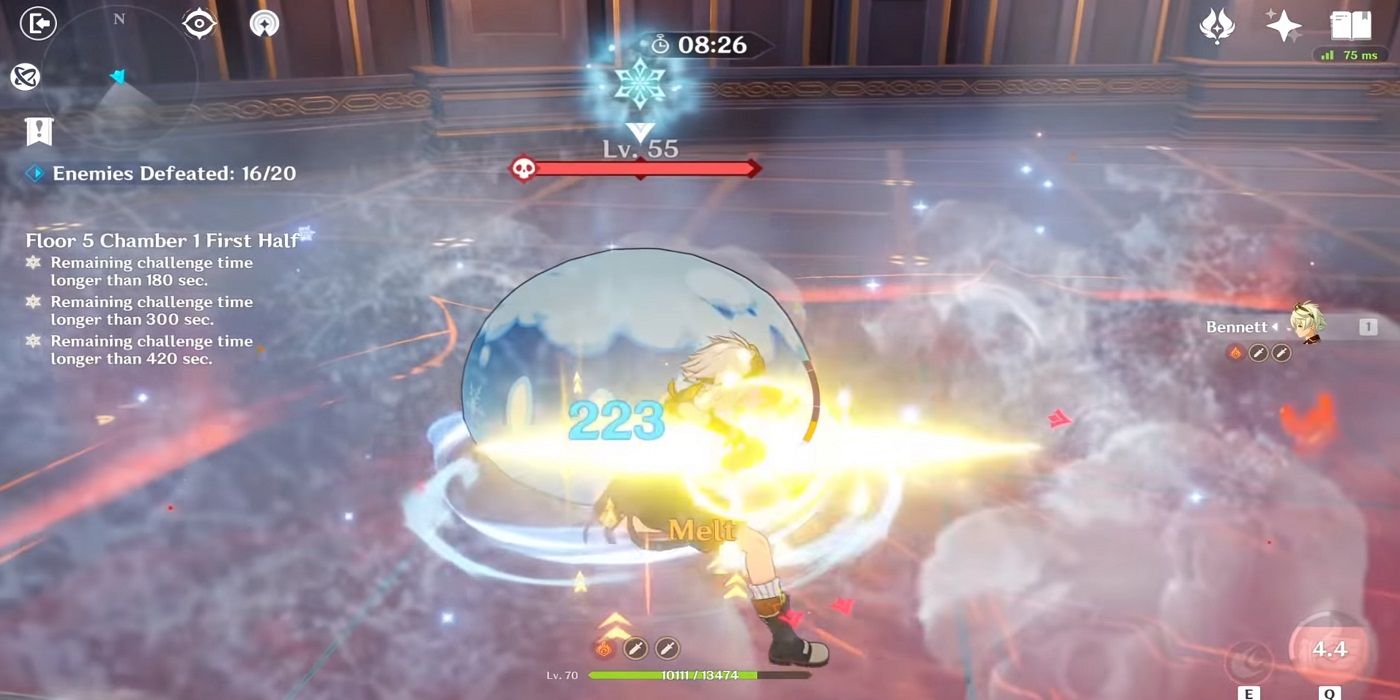 With the equipment listed here, Bennett will be a ferocious fighter, but he’s not necessarily made to be that way, even with all of the benefits you get when equipping all of this gear. Bennett can be a powerful character, one of your very best, but he’s built to support others.

His Burst attack is proof of that – the Pyro circle he leaves behind after Burst will heal any characters within it that have less than 70% HP, and will boost the ATK of any characters within it that have more than 70% HP. This makes Bennett the ideal character to lay the groundwork and deal lots of Pyro damage, before leaving his Burst down and swapping out for another character to finish the job.

NEXT: Genshin Impact Players Have Designed A New Minigame To Play While Waiting For Resin 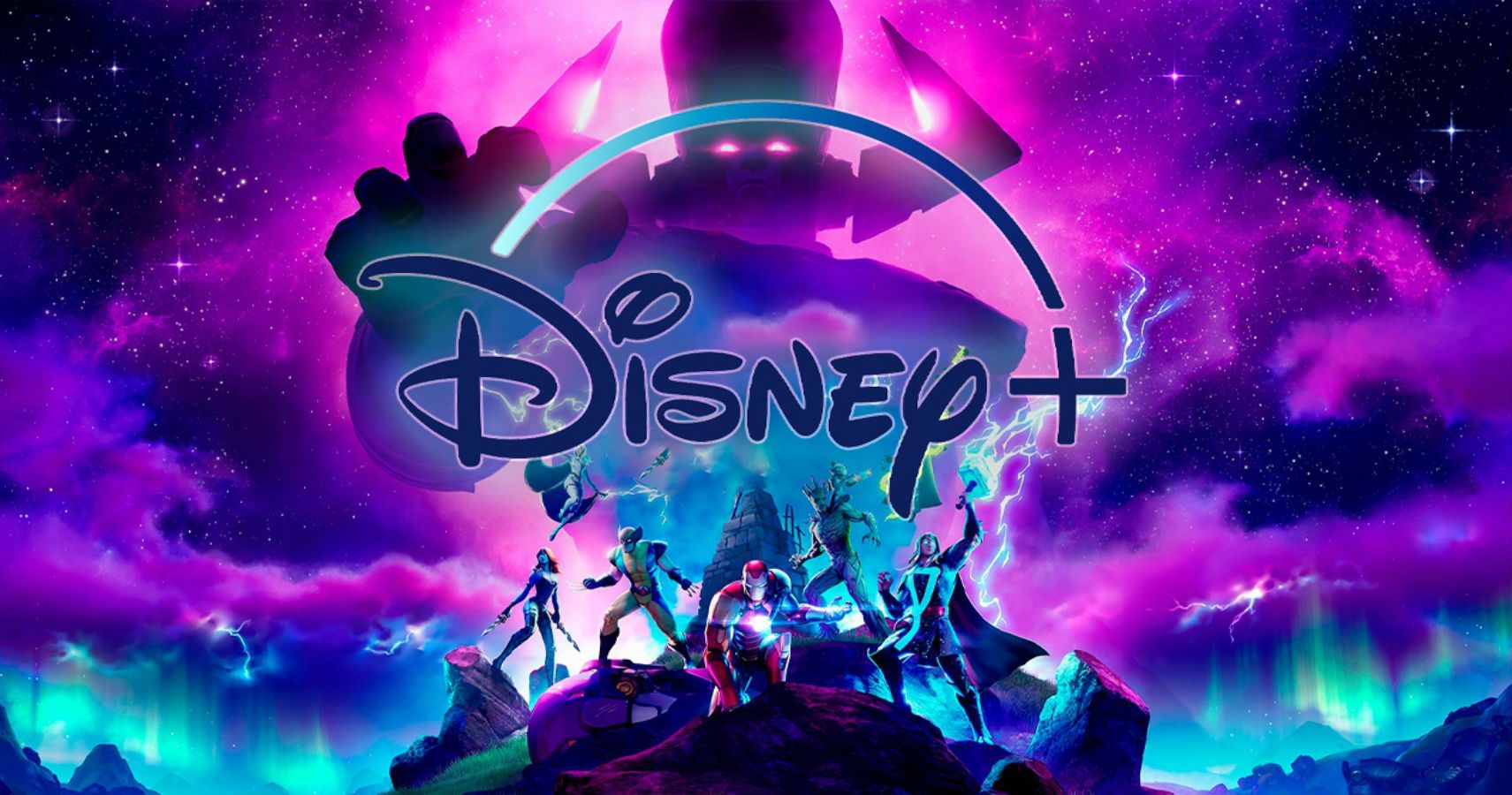