Gorou is a playable four-star character in Genshin Impact. He is a new Geo character and his primary choice of weapon is a Bow. He is affiliated with the Watatsumi Army whose main role is acting as resistance against the Vision Hunt Decree.

Gorou is part of the new banner called the Oni's Royale. His damage output is incredibly high which is one of the reasons why using him as a Burst Support is the best use of his abilities. You can use Gorou in many teams as a Support. He has room for change regarding his weapons and artifacts. 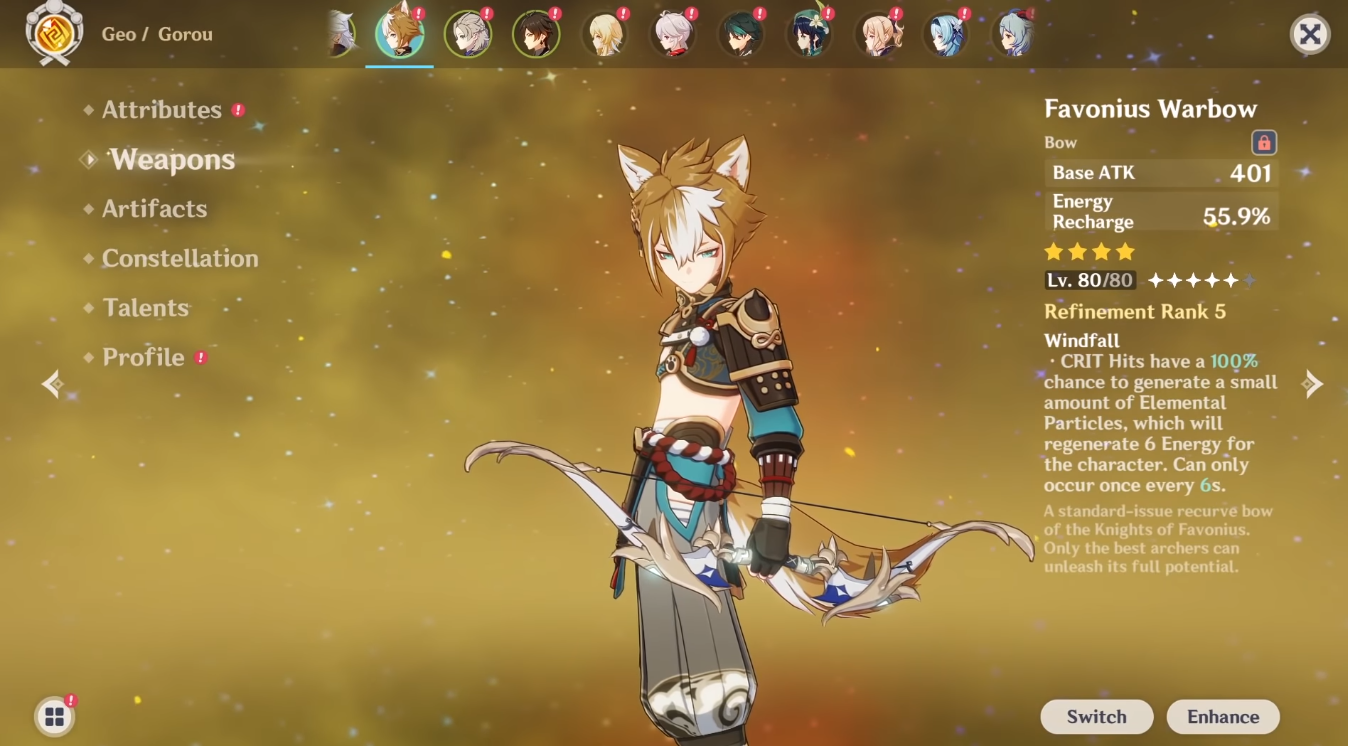 You can easily acquire Gorou from the Decemeber 2021 banner where Gorou, Itto, Barbara, and Xiangling have increased pull rates. His kit mainly comprises of attacks that deal burst or AOE Geo damage to enemies in an area.

Below are three weapons that will work perfectly with Gorou:

Elegy for the End is the best weapon choice for Gorou from the above weapons. However, you can not acquire the Bow anymore, as it was only available in the limited Event Weapon Wish Banner. If you are lucky enough to have it then using the Millennial Movement: Farewell Song effect properly can provide good utility to your team.

The Favonious Warbow is a four-star weapons that is available as a reward from A Long Shot, which is part of the Archon quest chain Prologue Act III: Song of the Dragon and Freedom as well as from banner pulls.

The Sacrificial Bow is another four-star weapon and can be obtained from using wishes on any banner. 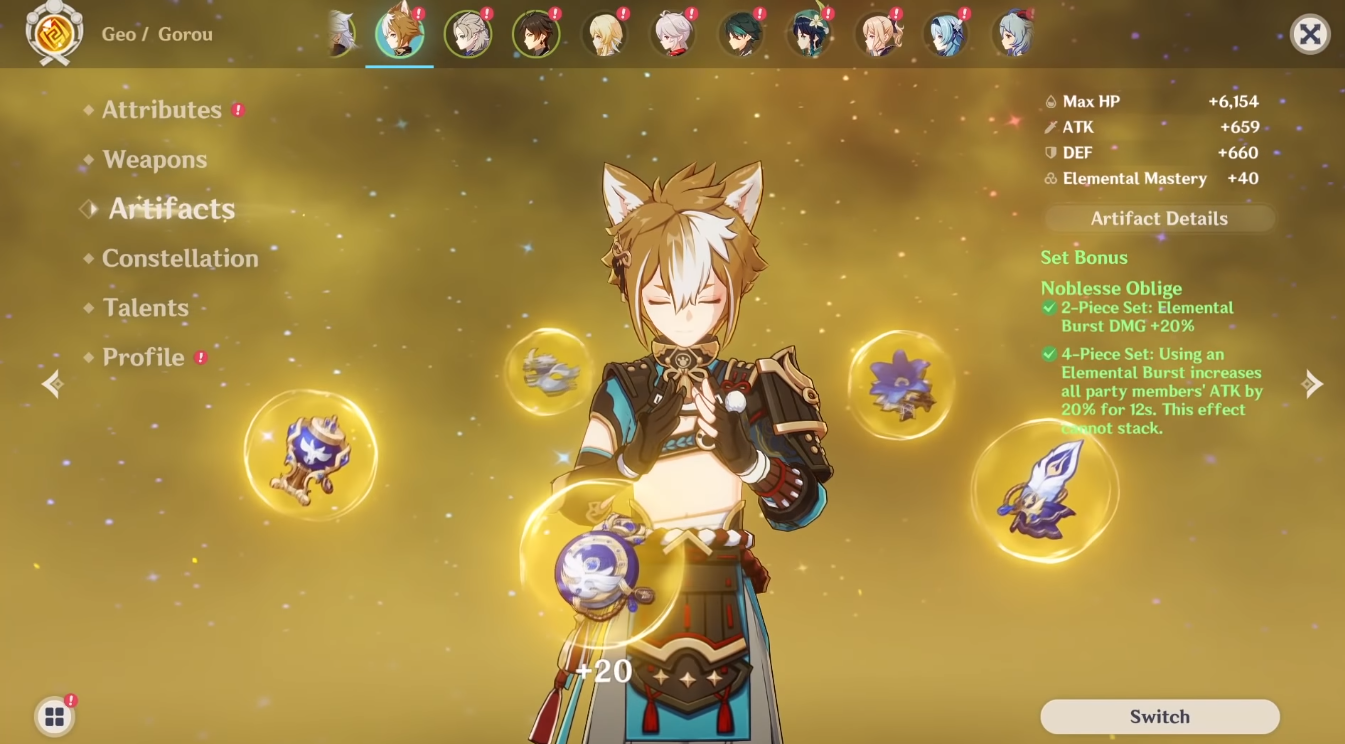 Similar to Arataki Itto, the other featured character in the latest banner, Gorou can also use one of two artifacts, out of which one suits him perfectly.

The following sets are best for Gorou:

Husk of Opulent Dreams is the primary choice in terms of Artifacts. You can obtain the artifact in the new update by challenging the new Slumbering Court Domain on Seirai Island.

Stats wise you shoiuld be trying to stack Defence and Energy Recharge. Crit Rate and Damage are less vital here since Gorou's burst needs the defense. In terms of Energy Recharge, 180% is currently said to be optimal to keep Gorou's Ult up as often as possible.