Razor is one of the four-star characters miHOYO has included in Genshin Impact. If you were looking for a good Claymore user, look no further as you have come to the right place. Razor can pack quite a punch, which is why his role is focused only on DPS.

This playable Electro character is an orphan raised by Andrius and other wolves in Wolvendom. You can obtain him through wishes and Paimon's Bargain. To get the most out of Razor, you will need to equip him with the right gear. There are tons of weapons and artifacts that you can use. 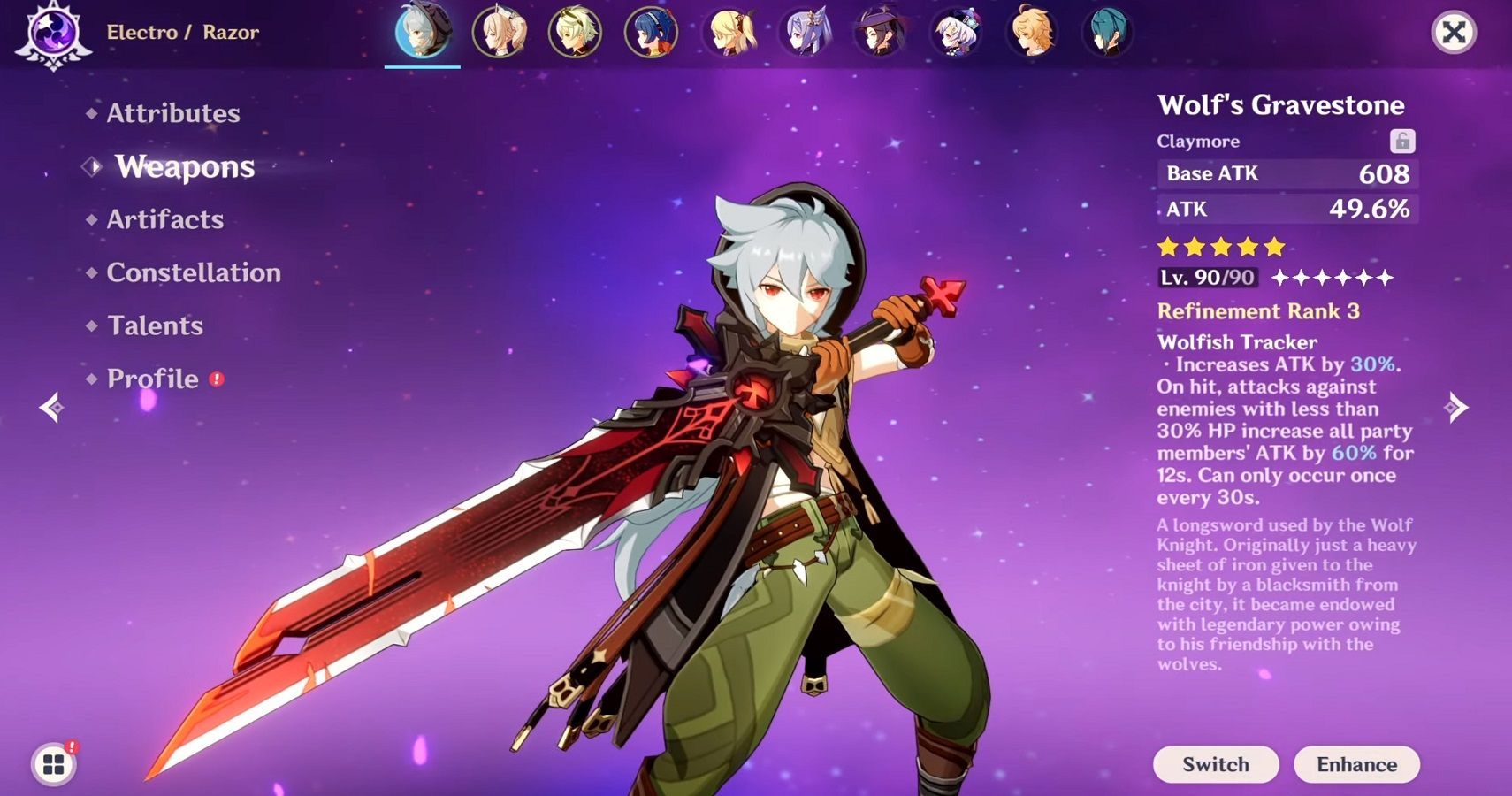 Razor works well with an all-rounded team. He has high damage output and can do Electro AoE Damage to enemies within the radius. Most of the weapons that are effective on Razor primarily increase his Attack or Crit Damage, allowing you to swap to Razor to do high burst and switch back again if need be.

Below are three weapons that will work perfectly with Razor:

The best weapon by far is Wolf's Gravestone because of the massive increase in Razor's and party members' Attack. You can find this weapon by pulling on the Epitome Invocation Weapon Event Wish Banner and Wanderlust Invocation Standard Wish Banner. 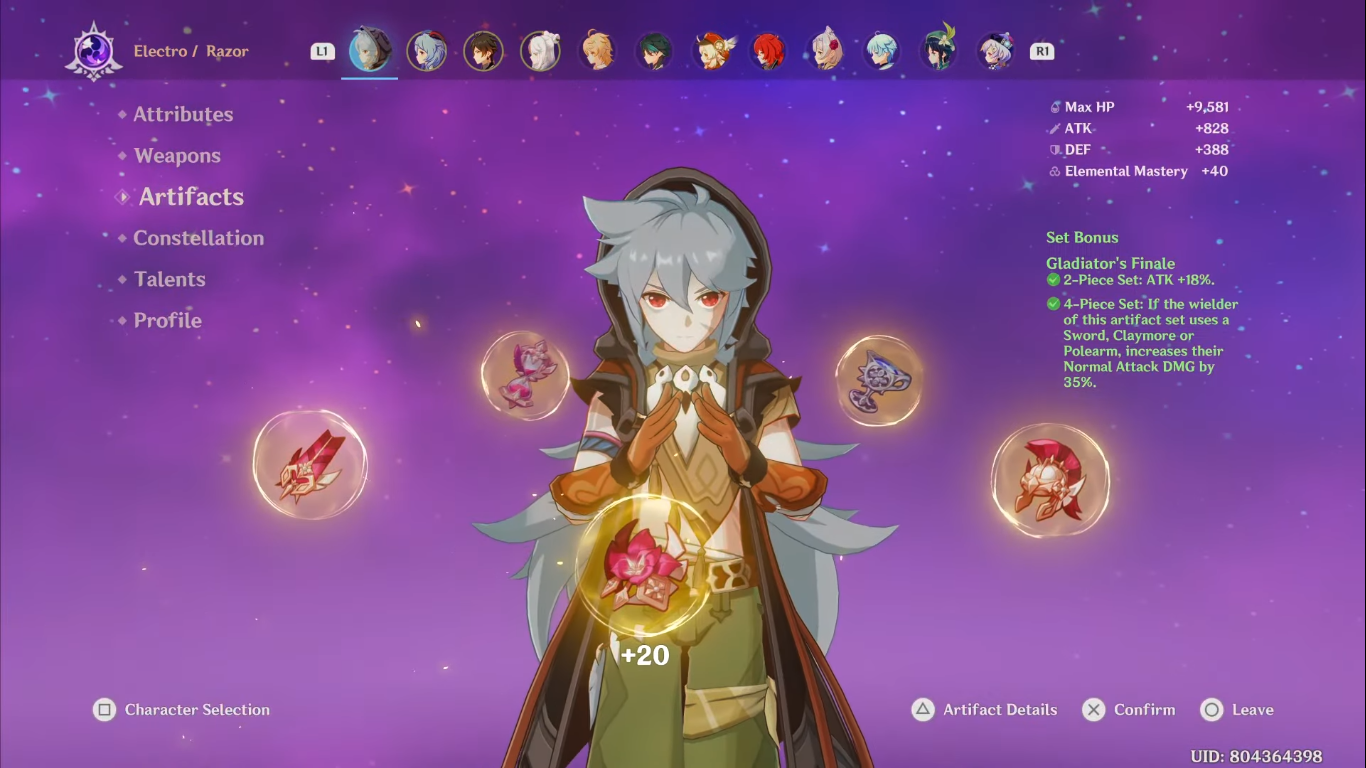 For the artifact set, you have two options. Unlike some characters suited with two pieces of one artifact and two of another, Razor is relatively better with a proper five-star artifact set. The following sets are best for Razor:

Both artifact sets are practical on Razor and are easy to acquire, so you do not have to grind and look for them. Choosing one boils down to your playstyle and the team you have.