The wait is finally over and Genshin Impact just introduced its newest character: Yelan, the mysterious owner of the Yanshang Teahouse. Yelan is now ready to lead your team into the dangerous depths of The Chasm, so the only question is if you're brave enough to tag along.

Yelan is a five-star Hydro support character who wields her bow with unflinching resolve and enigmatic efficacy. Her Elemental Skill ensnares enemies for easy pickings, while her Burst provides immense Hydro DMG and elemental application. Yelan can fit into a wide variety of teams thanks to her unique strengths and flexible playstyle, but you'll first need to equip her with the right tools for the job. This build guide will get you started.

Sharpshooter's Oath is actually only one of several three-star bows that are quite good on Yelan. Her Normal Attacks (and her Charged Shots that aren't Breakthrough Barbs) are the only part of her kit that scale with ATK, which means that the lower Base ATK of three-star weapons isn't much of an issue.

Therefore, several three-star bows work great as budget options for Yelan thanks to their secondary stats: Sharpshooter's Oath provides an impressive amount of Crit DMG considering its low rarity, Recurve Bow will increase Yelan's HP (which almost all of her damage is based on), and even Raven Bow can suit her well on Elemental Reaction-focused teams. These weapons are certainly outclassed by their higher-rarity counterparts, but they shouldn't be dismissed entirely, especially by newer adventurers.

Yelan can often struggle to recharge her Elemental Burst on her own, which makes Favonius Warbow incredibly effective on her. It offers a hefty amount of Energy Recharge on top of a passive that further regenerates Energy for Yelan. This bow will almost single-handedly solve Yelan's Energy issues, letting you freely activate her Burst whenever things get dicey.

Fading Twilight is the event-exclusive bow that will be available for the duration of the Perilous Trail event. While its potential has yet to be fully explored, Fading Twilight and its Refinement materials will be available for free to any players participating in the event, making it a compelling option. It also offers Energy Recharge and a damage-boosting passive, which both complement Yelan well on paper.

Yelan receives minimal benefit from the high Base ATK stats of five-star bows, but her signature weapon, Aqua Simulacra, is nonetheless exceptional on her. It provides a staggering amount of Crit DMG, along with an HP boost and an overall damage increase. This bow will certainly make any enemies of Liyue think twice before crossing Yelan.

Yelan has a couple of solid options for artifacts.

It should be no surprise that Emblem of Severed Fate functions well on Yelan. The two-piece effect helps remedy her Energy issues and the four-piece effect significantly amplifies the damage output of her Elemental Burst. This is also an outstanding Artifact set to equip on many of Genshin Impact's other supports, such as Xingqiu and Xiangling, so farming its Domain is especially efficient.

As an alternative to four pieces of Emblem of Severed Fate, Yelan can also make use of two pieces of Tenacity of the Millelith paired with two pieces of Heart of Depth. This will give Yelan a 20 percent increase to HP and a 15 percent increase to all her Hydro DMG. This won't do much for her Energy problem and her Burst may not hit quite as hard, but in exchange you'll get more formidable Breakthrough Barb shots and higher Elemental Skill damage. Not to mention, the extra HP might help you survive a few more encounters than you'd expect. 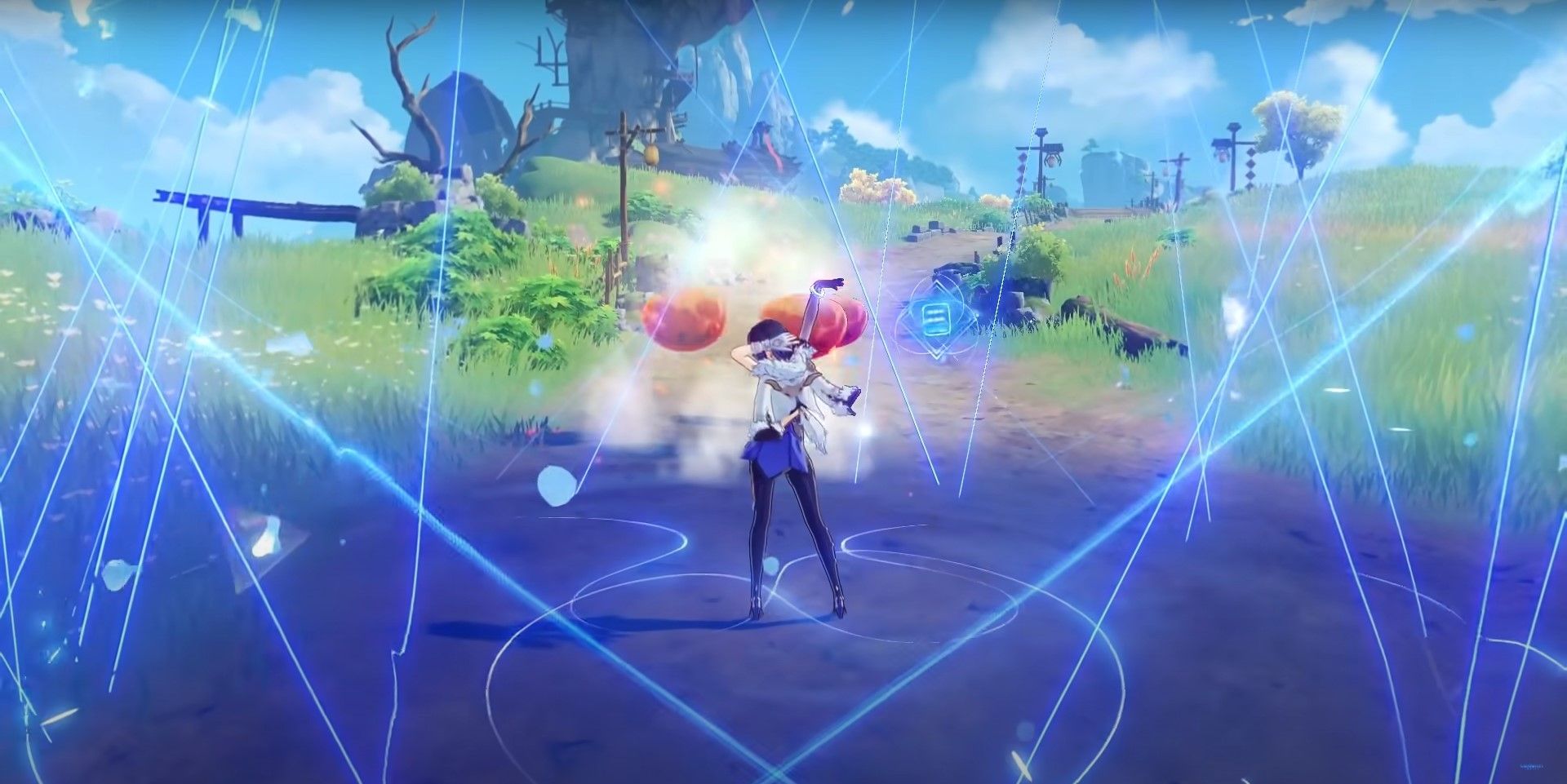 Yelan is a damage-oriented support whose destructive power scales off her HP, leading to a fairly unique distribution of Artifact stats. For Yelan, you'll want to target HP%/Energy Recharge Sands, Hydro DMG Bonus Goblets, and Crit Rate/DMG Circlets. HP% Sands will offer Yelan higher damage and higher survivability, but you might find ER Sands to be helpful for recharging her Burst, especially if you're not using a weapon with ER.

An HP% Goblet is probably better on Yelan than you'd expect, but Hydro DMG Bonus Goblets are the way to go if you want to maximize her potential. Finally, equip Yelan with a Crit Rate or Crit DMG Circlet in order to achieve that golden ratio of one percent Crit Rate for every two percent Crit DMG.

Yelan's optimal Artifact sub-stats are likewise HP%, Energy Recharge, and Crit Rate/DMG. Flat HP isn't useless either, but it's sadly less effective than HP%. Elemental Mastery can also be quite strong on Yelan if you're using her to trigger Elemental Reactions like Vaporize for your team.

When it comes to leveling up Yelan's Talents, you'll want to prioritize her Burst and her Skill. Yelan's Burst will be her main damage contribution to your team, but you'll also want to use her Skill every rotation in order to apply Hydro to enemies and generate Hydro Particles to charge Yelan's Burst.

Although Yelan's Normal Attacks will always be on the weaker side (unless you specifically build Yelan around them), it's worth leveling up this Talent as well. This is due to the fact that her Breakthrough Barb Charged Shot, which deals Hydro DMG in a large AoE, also gets stronger when this Talent is leveled up. Yelan's Breakthrough Barbs are one of the most fun and underappreciated aspects of her kit, so make sure to level up this Talent and make use of them.

Rolling for a five-star character's Constellations is always a precarious prospect, but if you're willing to try your luck then some powerful abilities await Yelan.

Yelan's C1 is extremely useful, which is great since it's also the most attainable Constellation. It grants you a second charge of her Elemental Skill, which will help Yelan generate more Hydro Particles and can also be utilized to traverse Teyvat at rapid speeds.

Yelan's second Constellation adds extra damage to her Elemental Burst, providing a decent boost with no catches or drawbacks.

Yelan's C3 and C5 increase the levels of her Burst and Skill, respectively. Yelan employs both of these abilities frequently, so you'd definitely get use out of these Constellations, even if they're not particularly flashy.

C4 will increase all party members' Max HP by 10% for 25s for every opponent marked by Yelan's Elemental Skill, up to 40%. This can result in a noticeable damage increase for Yelan personally, but most other characters won't see too much benefit from this effect (unless your team consists of Kokomi, Zhongli, and Ayato for some reason).

Finally, Yelan's C6 enables an extremely strong effect called the Mastermind state. After using her Elemental Burst, Yelan will enter the Mastermind state, causing her next five Normal Attack arrows to act as enhanced Breakthrough Barbs, dealing a staggering amount of damage. This Constellation is indeed powerful, but players might be disappointed with how shortly the effect persists. Keep this in mind before you forfeit all your Primogems to Liyue's stylish special agent.