Keqing is similar to Beidou as an Electro-user, though she runs out of stamina much faster. A Liyue native, she’s a member of the Yuheng of the Liyue Qixing in Genshin Impact. Keqing is extremely independent, and doesn’t trust the gods with her fate.

With sword in hand, she’ll often rush off to restore order in the land, disliking any chaos or disorder around her. She seeks answers independently, refusing to remain idle when she can take care of matters on her own. Even though she isn’t ideal for your main DPS, Keqing will make a strong sub DPS, especially if you pair her with weapons and teammates that can restore her HP and Energy.

10 The Harbinger of Dawn – Three Star 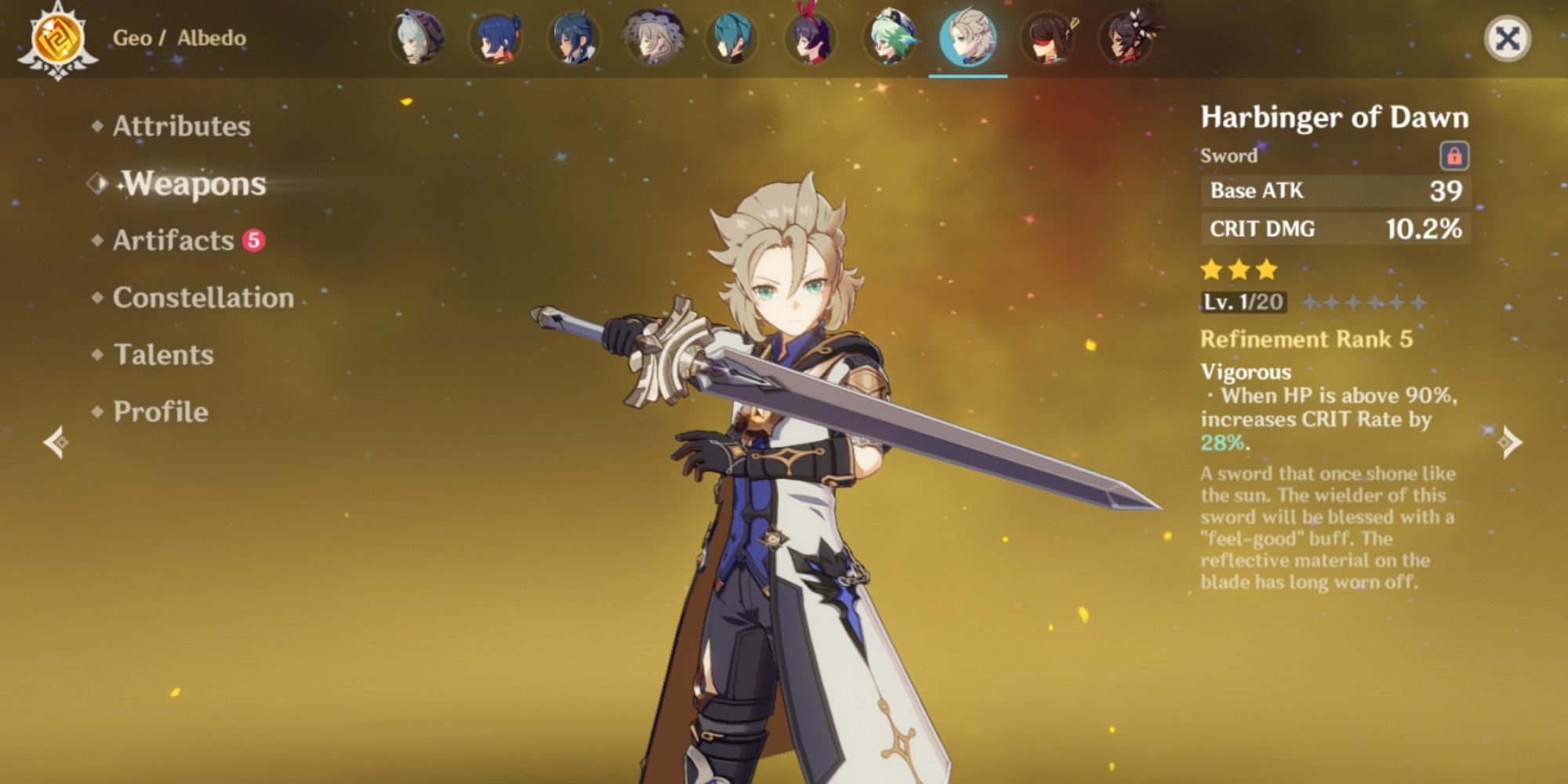 The Harbinger of Dawn is pretty easy to get through Wishes, completion of Kaeya’s Gain Quest, or by talking to a NPC named Nanako. This sword will increase Keqing’s Base Attack between 39 and 401, depending on her level. The secondary stat is Crit damage, boosting it from 10.2 to 46.9 percent.

When Keqing’s HP is above 90 percent, it will also increase the Crit Rate by 14 percent. This will make it easier for her to take out targets before taking on too much damage herself. 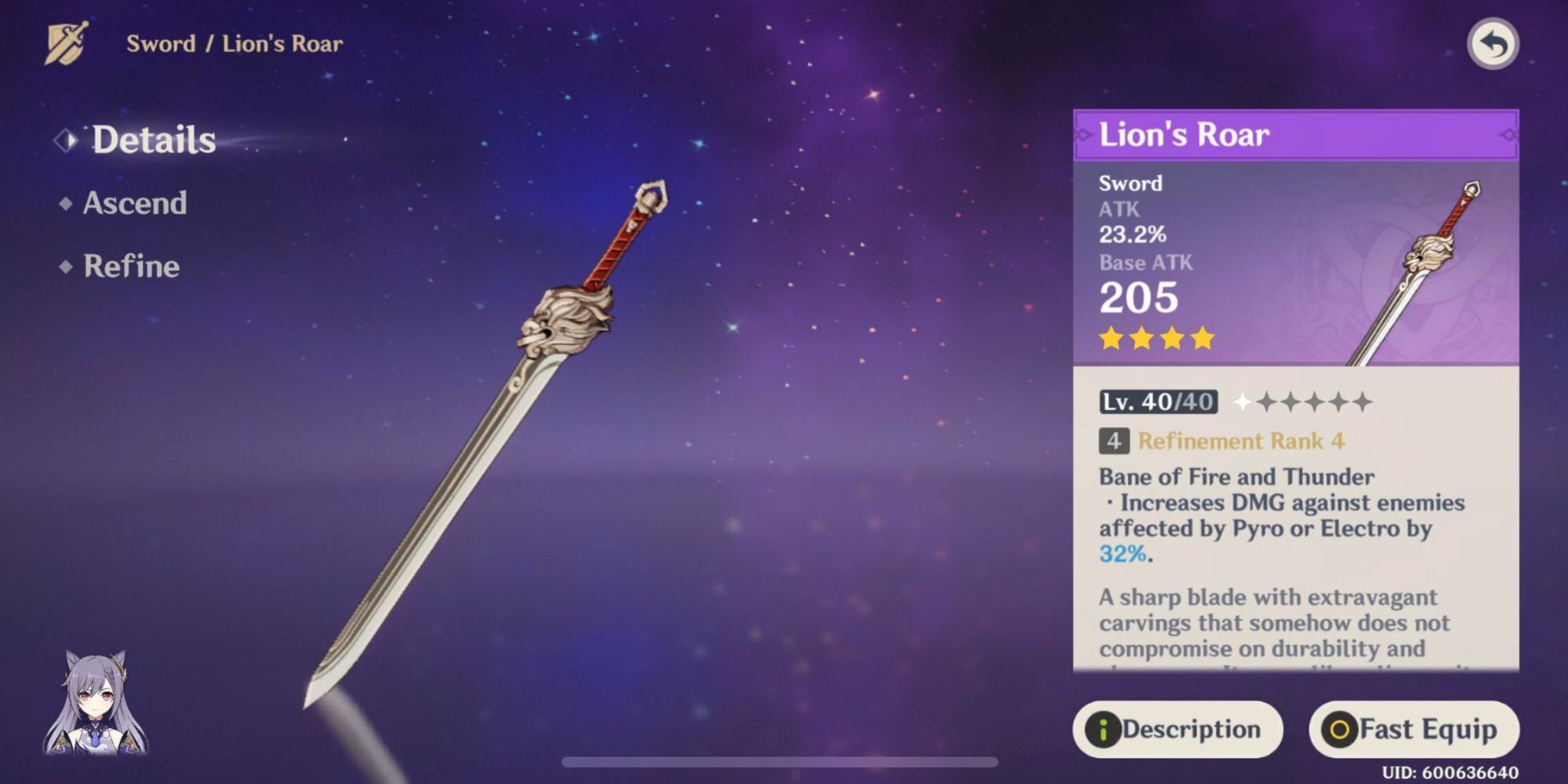 Obtained through Wishes, the Lion’s Roar will give Keqing a boost to her Base Attack between 42 and 510. The secondary stat is Attack, which increases between nine percent and 41.3 percent, depending on Keqing’s level.

The most helpful aspect of the Lion’s Roar for her, however, is the increase to damage against any opponents affected by Pyro or Electro by 20 percent. Since Keqing is an Electro-user, this means she can use this after her own attacks, instead of tagging other teammates in and out of battle. 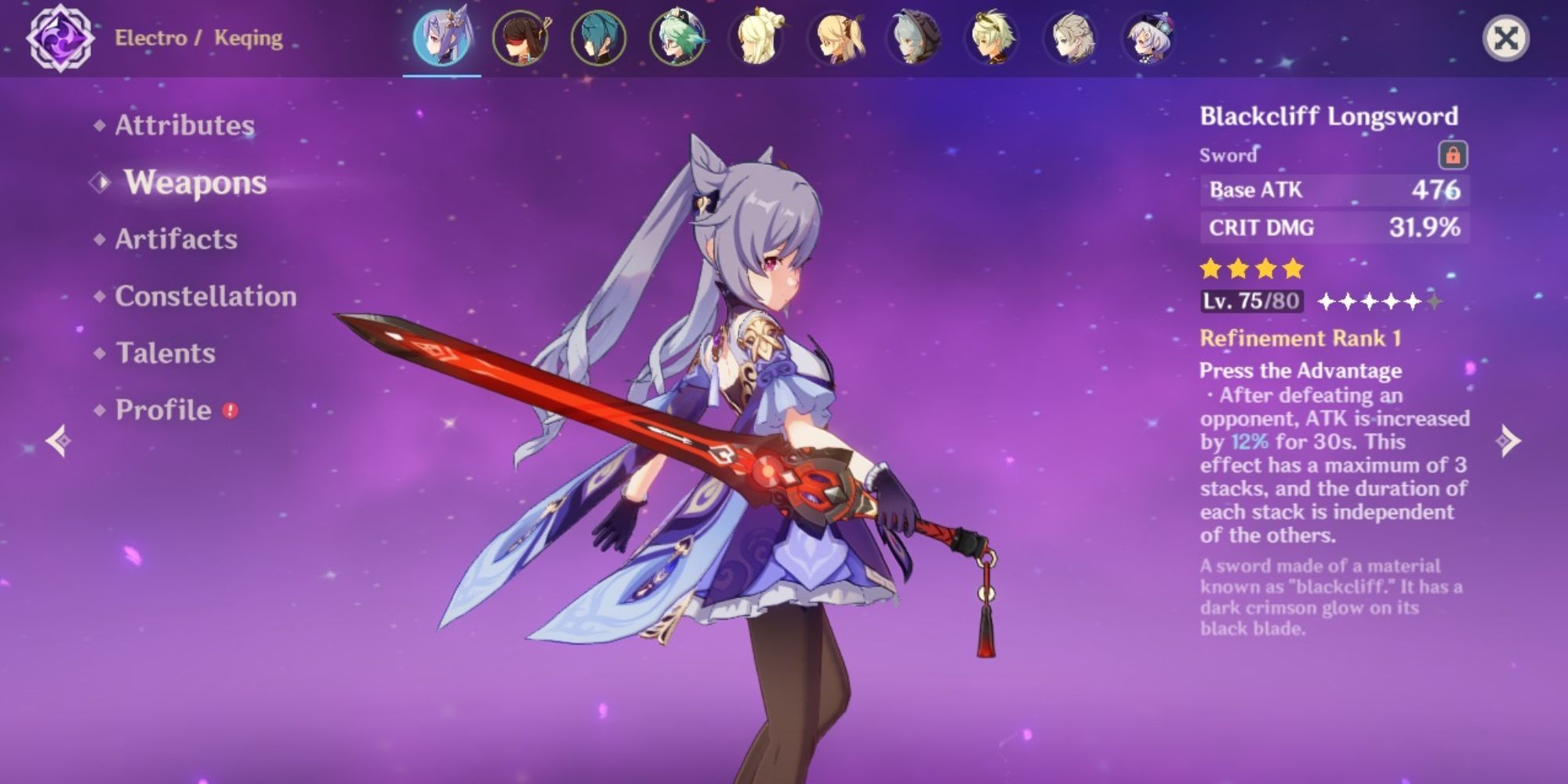 The Black Sword is only available through the Gnostic Hymn section of Battle Pass, which is achieved with Adventure Rank 20. The Base Attack boost runs from 42 to 510, based on Keqing’s level, and the substat of Crit Rate will see an increase between six and 27.6 percent. 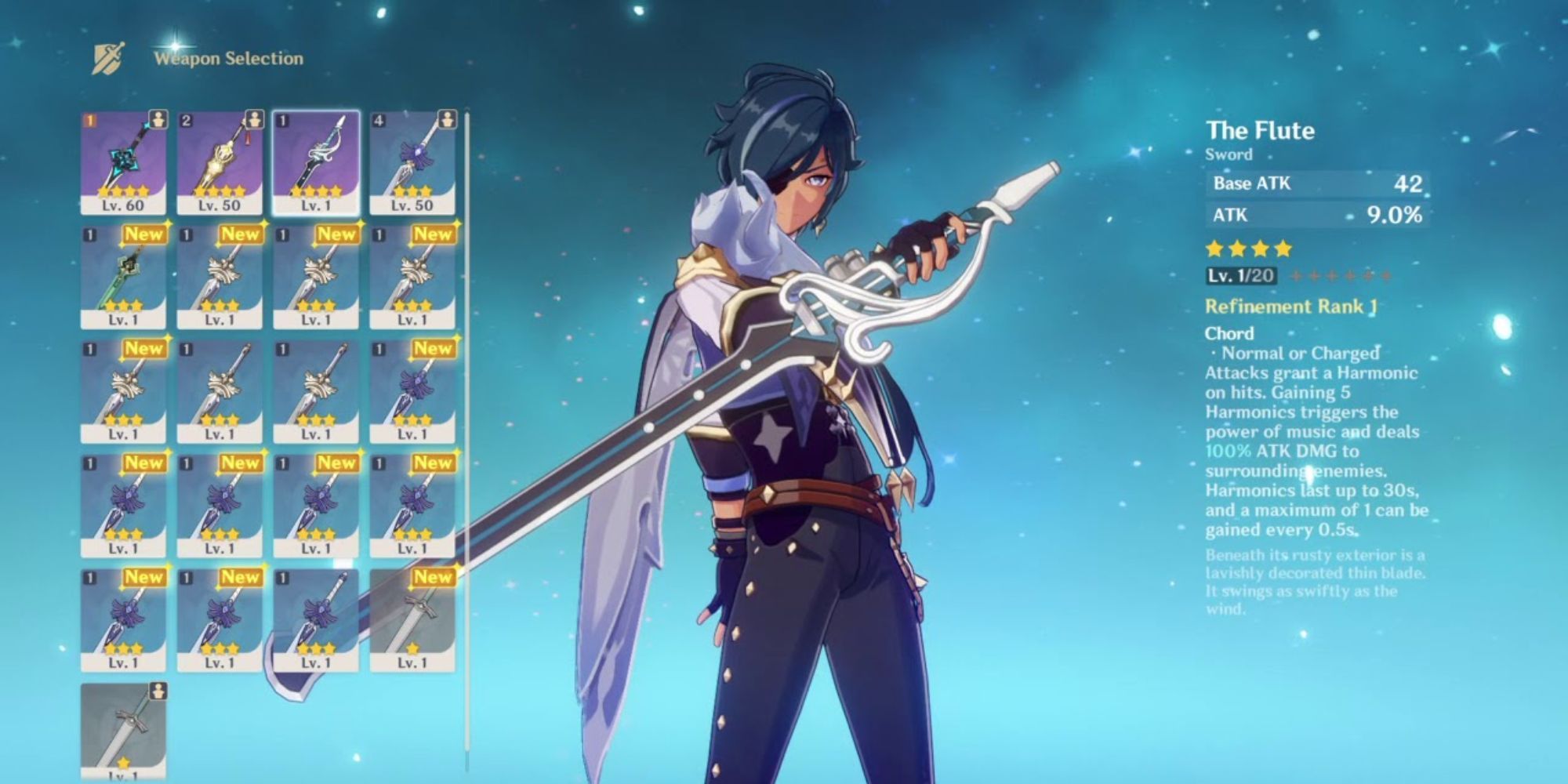 You’ll likely pull the Flute while spending Wishes for Keqing since it's a frequent pull from the permanent banner. The Base Attack boost for this sword runs from 42 to 510, depending on her level in the game, and the substat of Attack gives a bonus from nine to 41.3 percent. Though it doesn’t give her Stamina, it will make her powerful when you are using her to defeat opponents quicker.

Keqing’s Normal and Charged Attacks will grant a Harmonic on successful hits, and once you’ve collected five Harmonics, it triggers the Power of Music. This will deal 100 percent Attack damage to all surrounding enemies, and lasts for up to 30 seconds at a time. 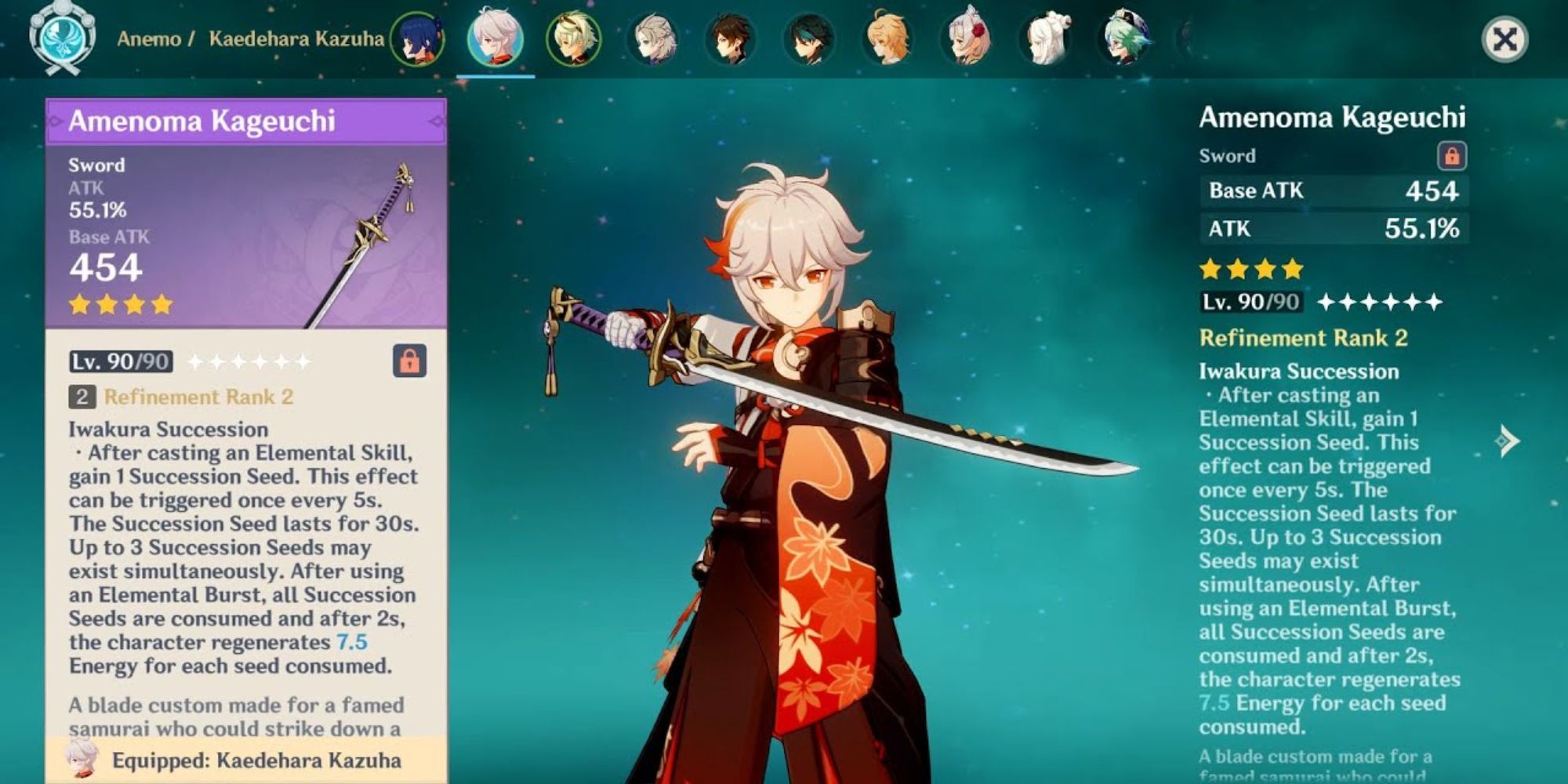 A somewhat easy to obtain four-star sword, the Amenoma Kageuchi is forged at the blacksmith’s shop. It will increase Keqing’s Base Attack between 41 and 454, and boost her Attack by 12 to 55.1 percent with the substat.

After you’ve used her Elemental Skill, she’ll gain one Succession Seed. You can trigger this every five seconds, and each Seed lasts for 30 seconds. Once you’ve collected three Succession Seeds and consumed them, they will regenerate six Energy for Keqing per Seed. 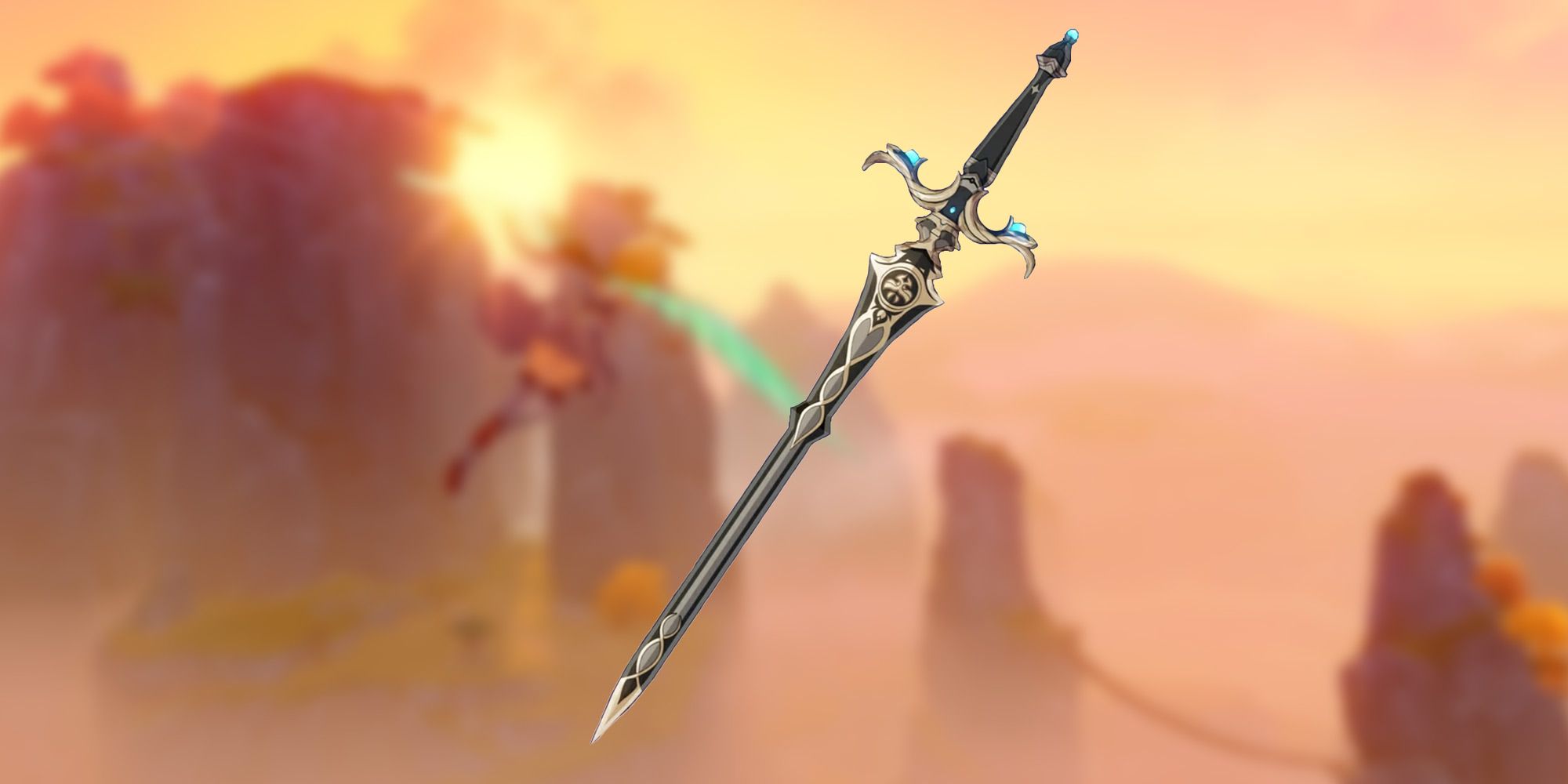 You can snag the Royal Longsword from Paimon’s Bargains, and gain between 42 and 510 Base Attack when equipped to Keqing. The secondary stat is Attack, with a nine percent to 41.3 percent boost there.

Crit Rate will increase by eight percent after a successful attack on an opponent, and this can be stacked up to five times. A Crit hit will remove all existing stacks, as well, so you’ll have to maintain them at a consistent rate to be the most effective.

The Blackcliff Longsword is only available through Paimon’s Bargains. If you get it and equip Keqing with it, she’ll get a 44 to 565 boost to her Base Attack, and a sub stat of Crit damage ranging from eight to 36.8 percent.

After you’ve eliminated a target, her Attack will increase by 12 percent for 30 seconds. You’ll be able to stack this a maximum of three times, but each stack is completely independent of the rest, so you can continuously stack the next as the last wears off. 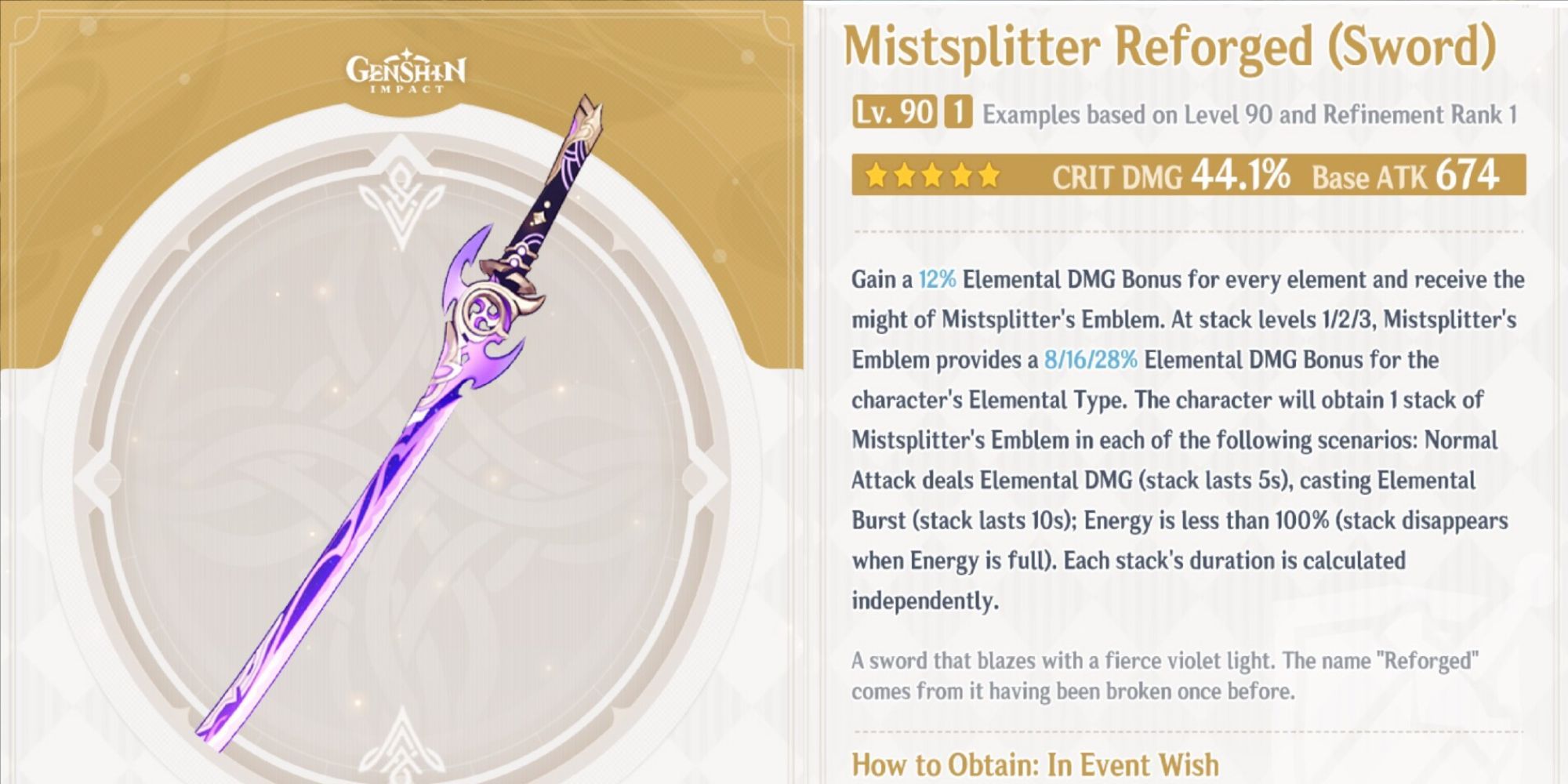 Obtained through Weapon Event Wishes, the Mistsplitter Reforged will increase Base Attack between 48 and 674, based on Keqing’s level. The secondary stat is for Crit damage, and gives a 9.6 to 44.1 percent boost to her damage. 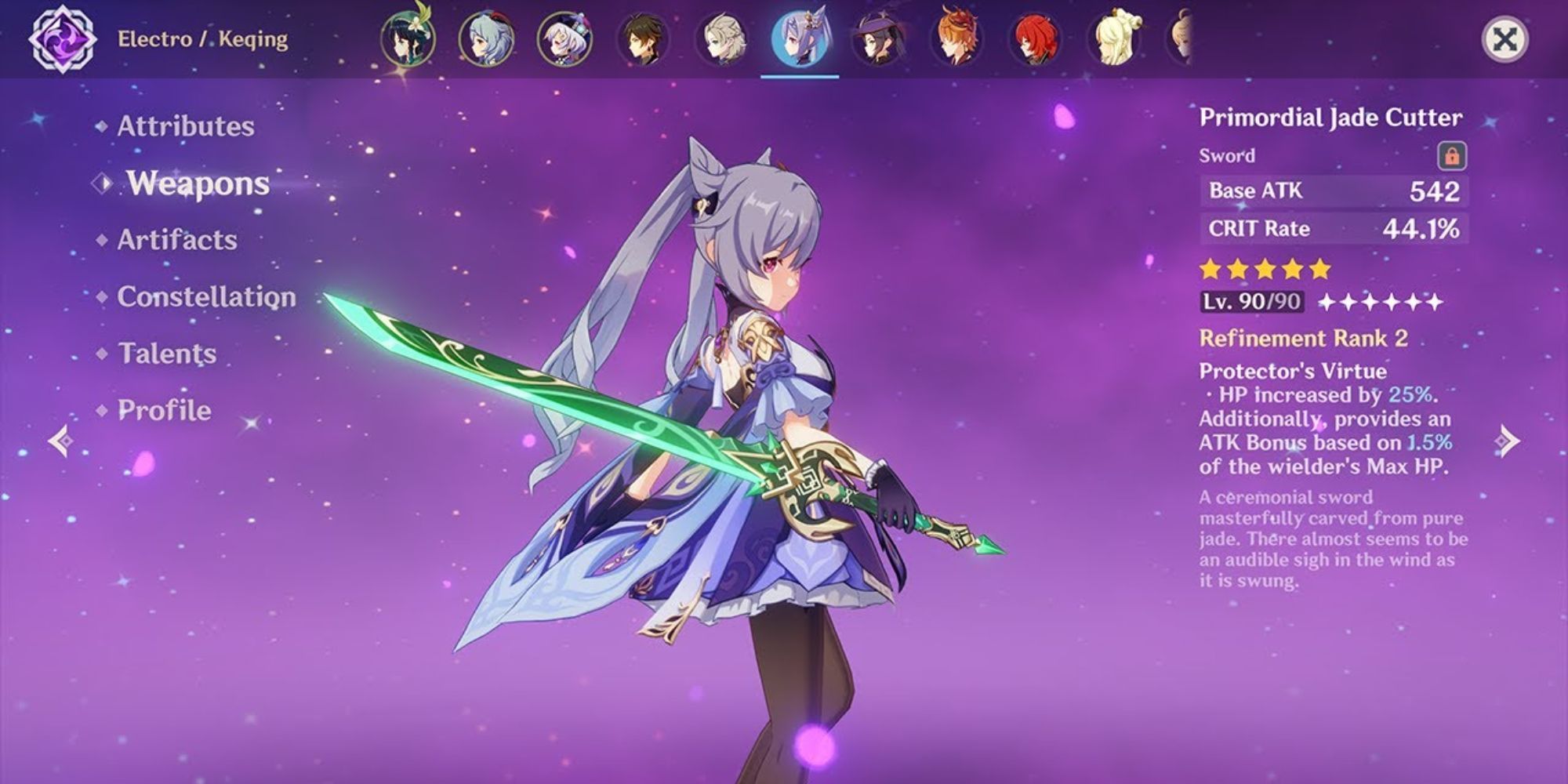 Another sword you’ll pull from Weapon Event Wishes, the Primordial Jade Cutter increases Base Attack from 44 to 542, depending on Keqing’s level in the game. The substat is Crit Rate, giving it a 9.6 to 44.1 percent boost like the Mistsplitter Reforged.

The Primordial Jade Cutter will also give Keqing a 20 percent boost to her HP, which is much needed. She’ll get an Attack bonus that is 1.2 percent of her maxed HP, as well, making her powerful and useful in a fight. 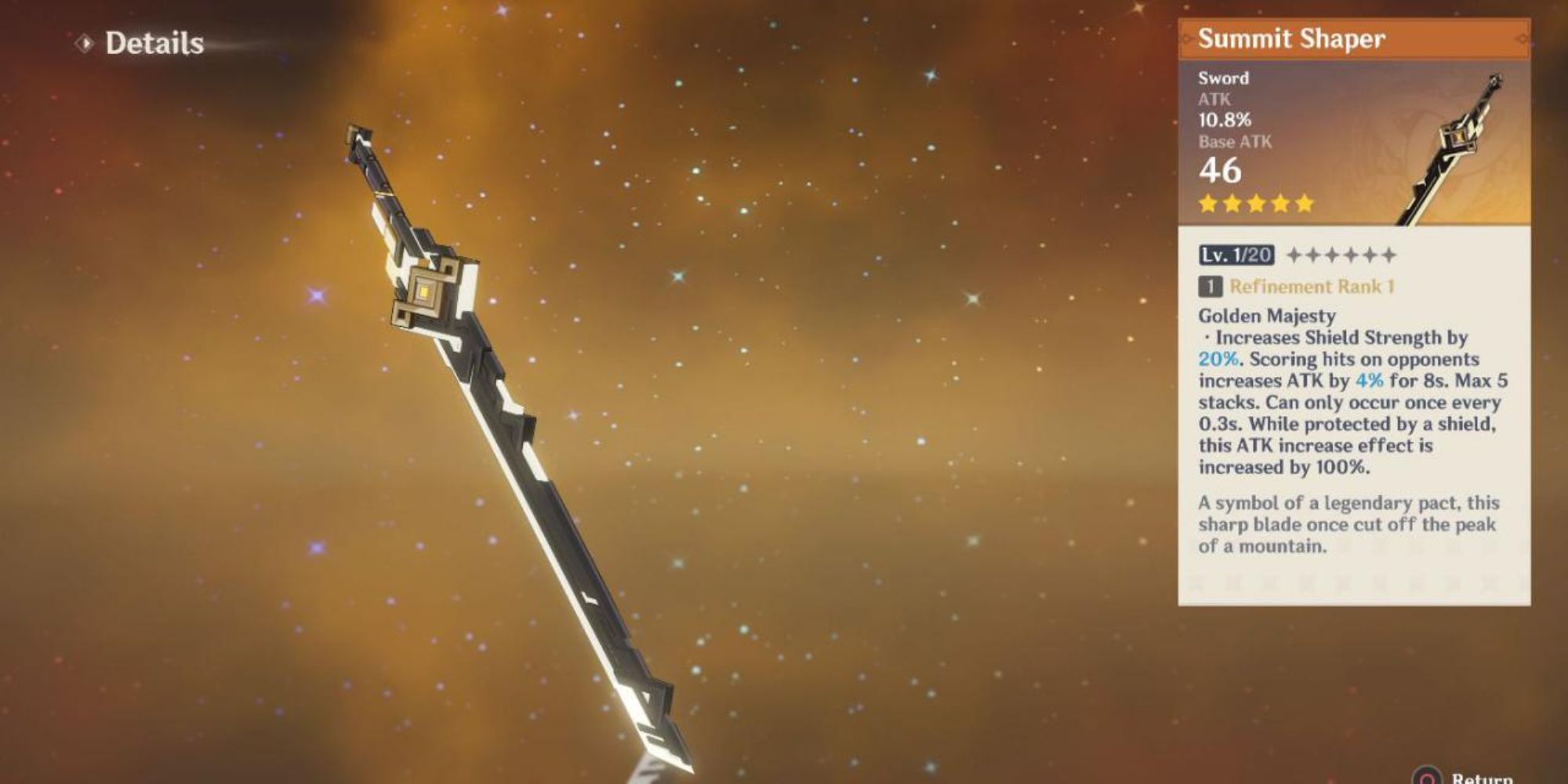 The Summit Shaper is found in Weapon Event Wishes at a slightly harder rate due to its high ranking. If you’re able to pull it, it gives Keqing’s Base Attack a boost between 46 to 608, and a 10.8 to 49.6 percent increase to her Attack through its secondary stat.

Keqing will also have an increase to her shield strength by 20 percent. Whenever she successfully hits an enemy, her Attack increases by four percent for eight seconds, which is stackable up to five times. When she’s protected by her shield, the Attack increase perk is 100 percent successful.