Everflame Seeds are one of the many materials required to ascend your characters in Genshin Impact. Specifically, the seeds are needed for Pyro teammates, such as Diluc, Amber, and Xiangling. Without Everflame Seeds, you won’t be able to fully level up these characters.

Where To Find Everflame Seeds

Unfortunately, the only way to find Everflame Seeds in Genshin Impact is by defeating Pyro Regisvines above level 30. These can be found just south of Jueyun Karst and directly west of Luhua Pool. The World Boss will continually respawn, so you can always head back and keep fighting it to earn more Everflame Seeds.

How To Defeat Pyro Regisvine

Fighting a Pyro Regisvine isn’t easy, and you’ll need to carefully plan your attacks if you want to successfully bring it down. The towering plant-like beast is rooted in one spot the entire fight, but that doesn’t make it any less challenging.

The first important step is ensuring you have Hydro or Cryo characters in your party, as their Elemental attacks are highly effective against Pyro Regisvine. It’s also beneficial to have an Electro character to combine with the other Elemental abilities and deal additional damage. 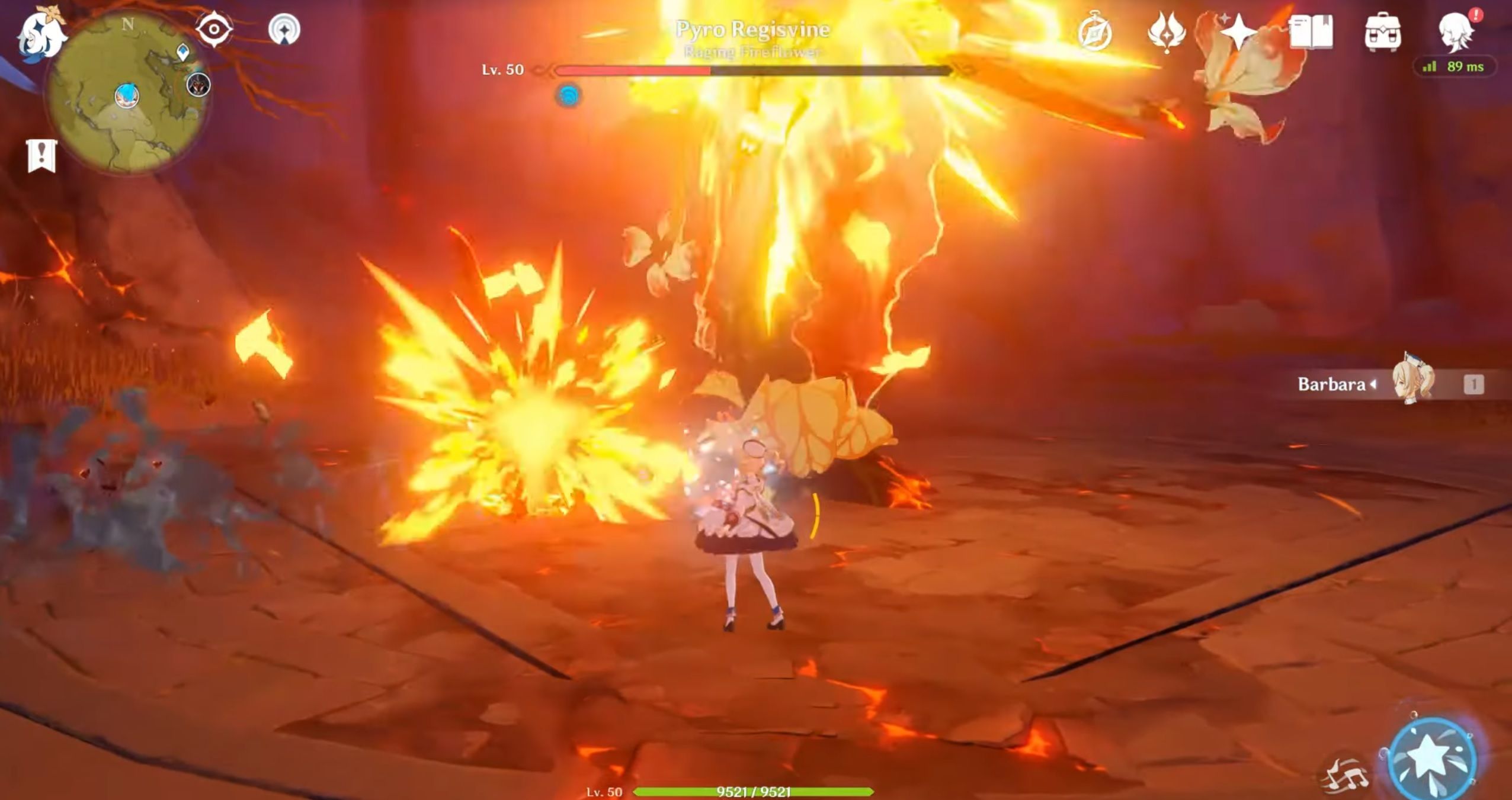 When attacking Pyro Regisvine, you’ll want to destroy its glowing base and head before doing any real damage. You’ll need to do all this while avoiding its barrage of ranged attacks – although most can be easily avoided by just sprinting in the opposite directing. Get too close to the Pyro Regisvine, however, and it may try a few different melee attacks. If you see it gearing up to whip around its vines, make sure you dodge backward as fast as you can to avoid a thrashing.

Once the Pyro Regisvine is almost defeated, you’ll notice a distinct shift in its defensive abilities, with most of your attacks doing little damage. There’s no trick to overcoming this – just keep pummeling the World Boss with all of your best attacks. With any luck, you’ll bring it down in a few minutes and walk away with an Everflame Seed.

Everflame Seeds serve one purpose – ascend Pyro characters. There’s not a single crafting recipe in the game that requires the scarce seeds, so make sure you save these up and only use them on your favorite characters. Otherwise, you’ll be going up against Pyro Regisvine yet again to acquire the valuable material.