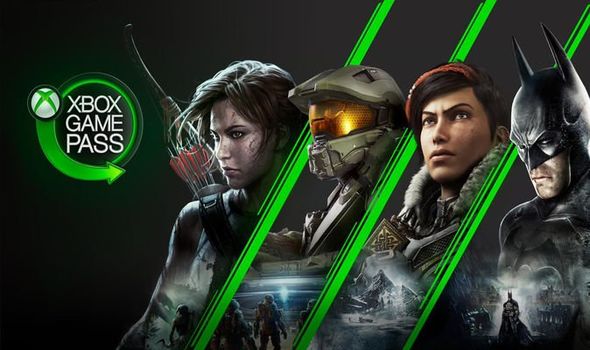 Better yet, Xbox Games Pass Ultimate is available for just £1 for the first month – and with a free six-month membership to Spotify Premium.

The membership is usually £10.99 per month, while six months of Spotify Premium will set you back £60, so the savings are definitely worth it with this deal.

Xbox Game Pass Ultimate offers over 100 games available to download and no limits on how much you can play. Microsoft’s own games like Forza Horizon 4 and Gears 5 are included as part of the membership too.

With new consoles on the way, Microsoft has confirmed that first-party games like Halo: Infinite will join the Games Pass line-up on the new system when it launches next year.

Xbox Games Pass Ultimate also offers PC games, as well as 20% discounts on any titles within the program.

It’s handy if you want to buy these games outright and get 10% off any downloadable content.

And the game selection is getting better and better with each passing month.

Current subscribers can play the likes of Monster Hunter: World, Blair Witch, and even Obsidian RPG The Outer Worlds.

How Do You Get The Xbox Game Pass Deal?

Xbox Game Pass Ultimate also bundles in Xbox Live Gold, which usually costs £6.99 per month – so it’s already a good deal even without this latest offer, and because it includes Gold membership you can access the latest Deals with Gold and download free Games with Gold every month.

Speaking of Games with Gold, Microsoft recently announced that the games available for November are Sherlock Holmes: The Devil’s Daughter and The Final Station on Xbox One, while original Xbox classic Star Wars: Jedi Starfighter and Joy Ride Turbo are both available for Xbox 360 and Xbox One players.

This article contains affiliate links, we may receive a commission on any sales we generate from it. Learn more