God of War has landed on PC and, to no one’s surprise, is doing extremely well. The Norse-inspired game has seen a massive number of players in its first month of release, as well as positive reviews from fans and critics alike. Of course, no matter how well a game is received or loved, it can always be improved. And one modder has done just that, making Kratos’ adventures a little more pleasing to the eyes with some invisible armor.

Over on Nexus Mods, a new upload will allow players to turn all of Kratos’ chest armor transparent This adjustment, which comes from user paulscottttt, will let players maintain the advantages of having armor equipped, while allowing them to ogle the God of War’s well-defined pectorals. Understandably, if Kratos is going to take the time to keep up with his chest exercises, the least we can do is not cover up his hard work with clunky protective gear.

To complete the effect, the user recommends combining the “Invisible Chest Armor” mod with this one that eliminates Kratos’ wrist items, loops, and chains. This will ensure that the invisible armor does not leave Kratos with a floating axe holder. Although, it will also remove Atreus’ eyebrows for some reason. It is also recommended that those who want a completely nude upper body as they venture through the Norse realms also download the Invisible Wrist Armor and Invisible Shield mods. Combining all of these will let players take on Baldur in all of Kratos’ well-muscled glory. 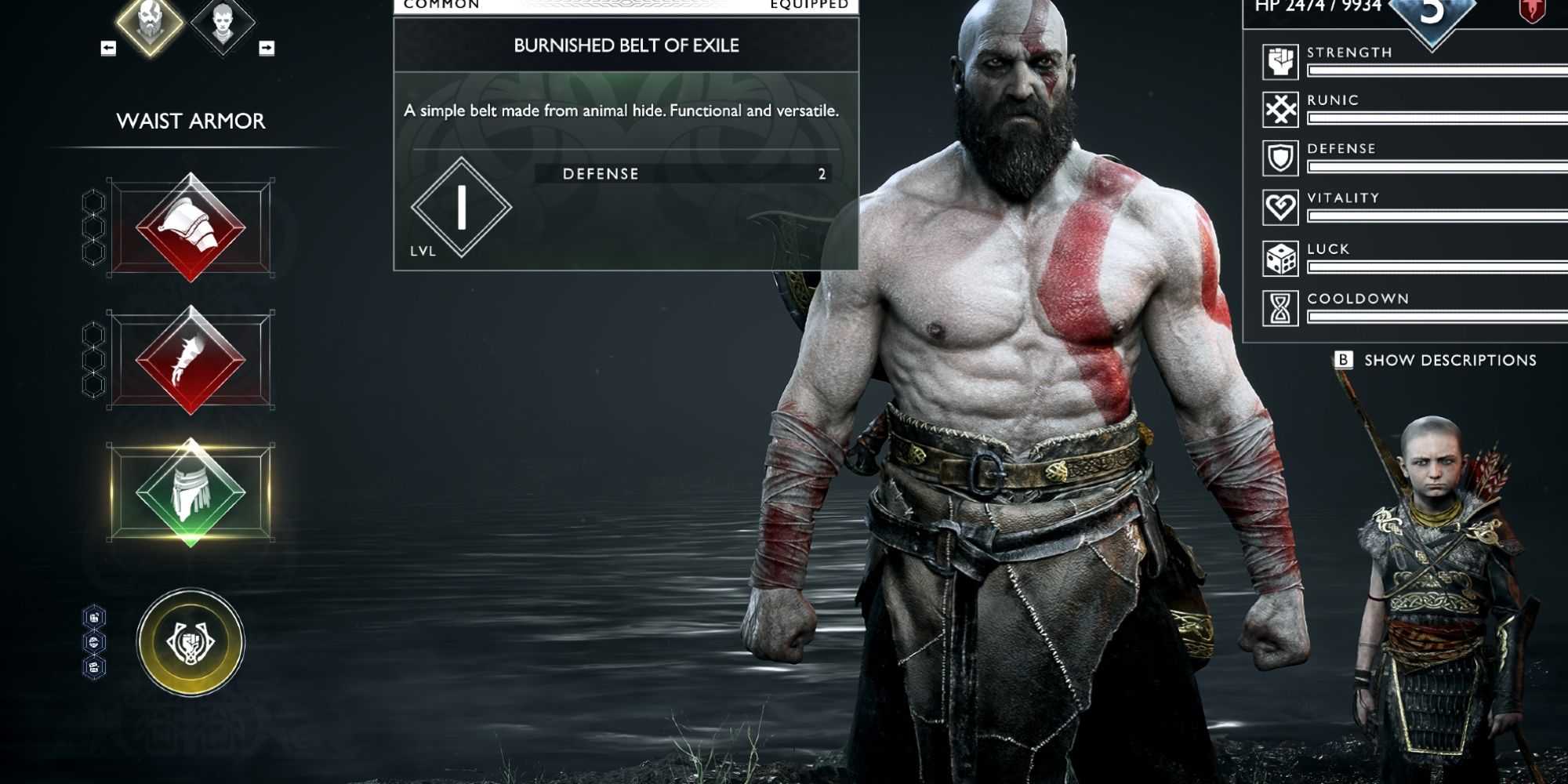 With God of War’s arrival on PC earlier this month, mods were inevitable. In fact, it only took one day after launch for several graphic enhancing mods to show up. From there it has snowballed with dozens of mods available from ones that skip the PlayStation intro video to others that remove all of Kratos’ facial hair, eyebrows included.

Clearly, modders prove that no game is perfect, and everything can be improved. We all knew that the one thing missing from God of War to make it a true masterpiece was more nipple.