God of War Ragnarok's launch is now less than a week away, and if you have managed to avoid the rampant leaks these past few days, much of what's to come remains a surprise. What won't be a surprise are the graphical options players will have available to them, of which there are nine across the last and current-gen versions of the game.

Santa Monica Studios has detailed the various options (thanks, Eurogamer) and those of you who will be playing Ragnarok six days from now have a lot to ponder. Even if you are playing the sequel on PS4 there are things to consider. While a base console is limited to 1080p and 30fps, which is standard, there will be two other options when playing on a PS4 Pro.

The tougher decisions come if you will be playing Ragnarok on PS5. You will first need to decide whether you want to favor performance or favor quality. Favoring performance will mean resolution maxes out at 2160p but the game will target 60fps. Favoring quality will result in a target of just 30fps, but the resolution can be upped to 4K. Those with the hardware to do so can also make the game look even better by enabling HFR and VRR. 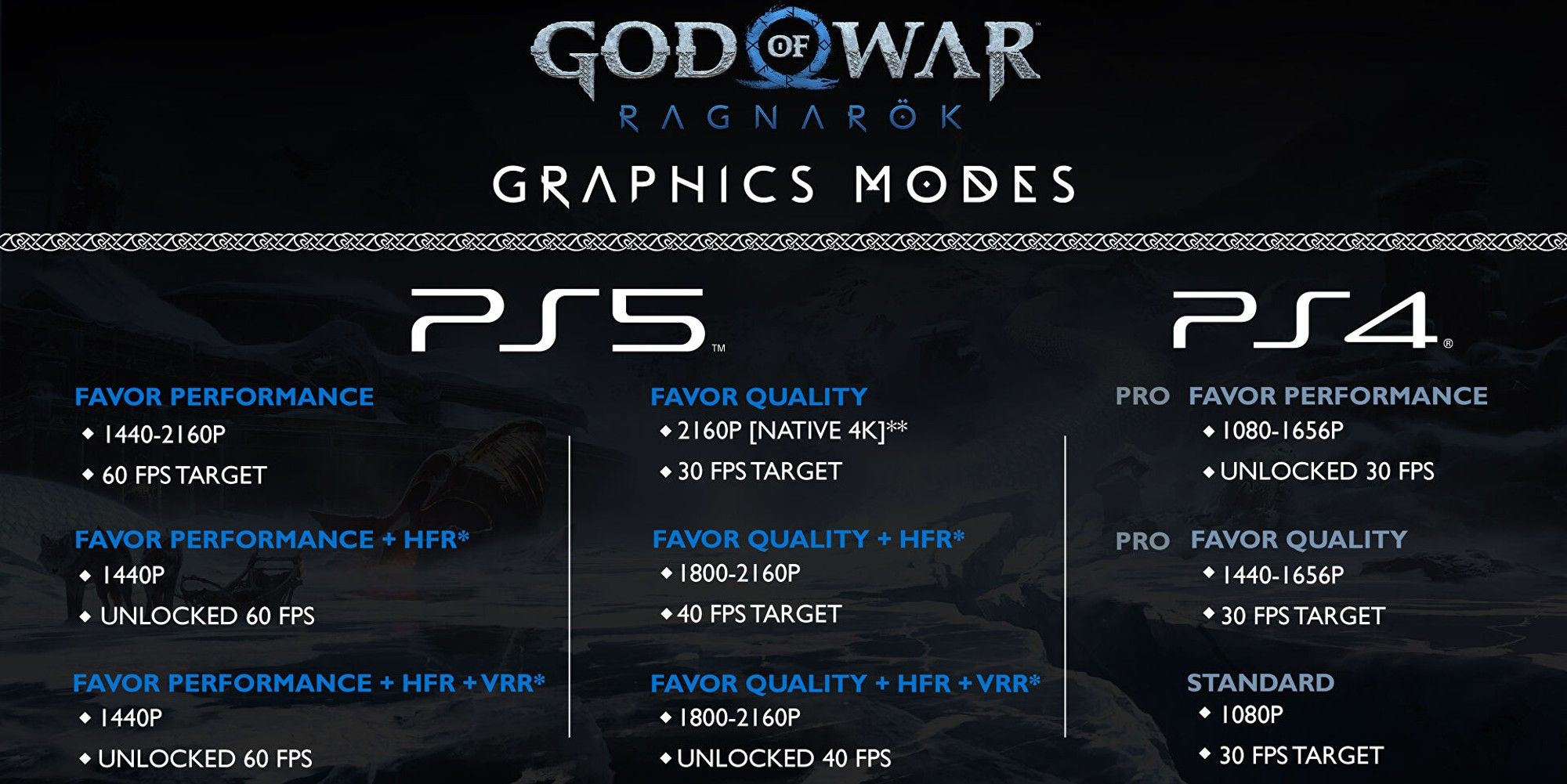 Graphics options, resolution, and fps have been a hot topic when it comes to new games following the launch of Gotham Knights. WB Games Montreal rubbed a lot of people the wrong way when it revealed its DC game would max out at 30fps with no performance mode option like Ragnarok. The nine options on offer might further explain why Rocksteady opted to drop the last-gen versions of Gotham Knights a few months before its arrival.

Santa Monica didn't do that and pushed on with launching Ragnarok on two generations of PlayStation. Confirmation as to whether that was a good idea or not will become clearer when the new God of War game launches on November 9. If you want to fill a few more minutes between now and then, you can pre-load Ragnarok right now so it's ready to go the second launch day arrives.