God of War Ragnarok's final weapon is the mighty Draupnir Spear. This is an extraordinarily powerful weapon when used at range. However, it isn't all about tossing projectiles, this a weapon that has some pretty novel applications at all ranges.

But which skills are the very best? What abilities should you focus on as you upgrade this potent pointy projectile? Well, we're here to give you an understanding of the best moves this spear has to offer. We may even be able to point you in the direction of an attack or two you are currently underutilizing! 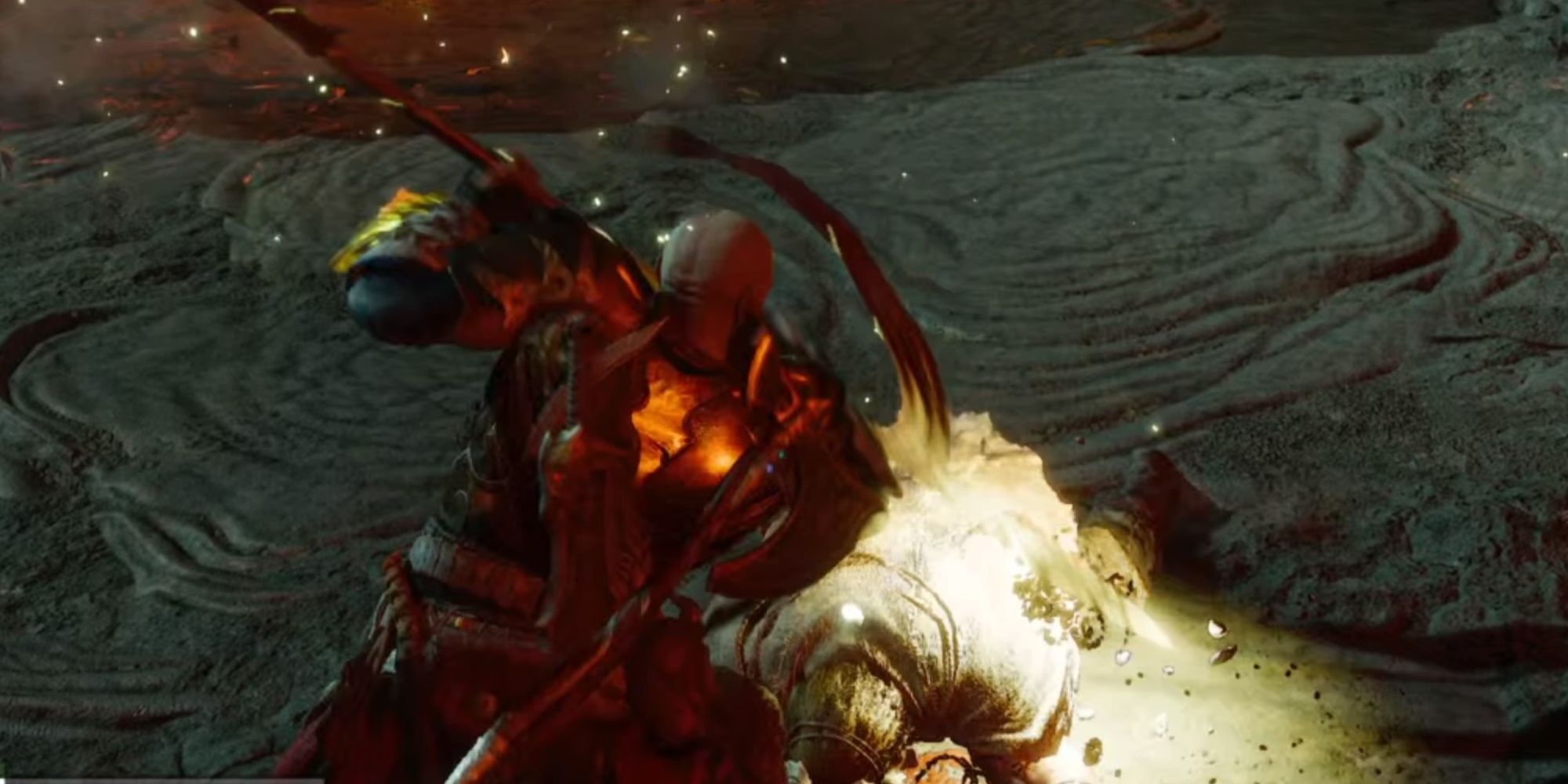 The Impaling Thrust is a move that you are only going to use at the range where the spear, quite frankly, doesn't shine. We're docking it some points for that as, typically, your axe is simply a better weapon when you are fighting nose-to-nose. However, the Impaling Thrust is still unquestionably a potent way to add on damage.

This is particularly great for dealing with the Nokken, which are always a pain in the butt, as it pins them down and just delivers unevadable followup damage while also sticking them full of spears that you can detonate even when they do get back up. Even against larger enemies, which this attack won't stun, it is a quick way to stick a spear in them. 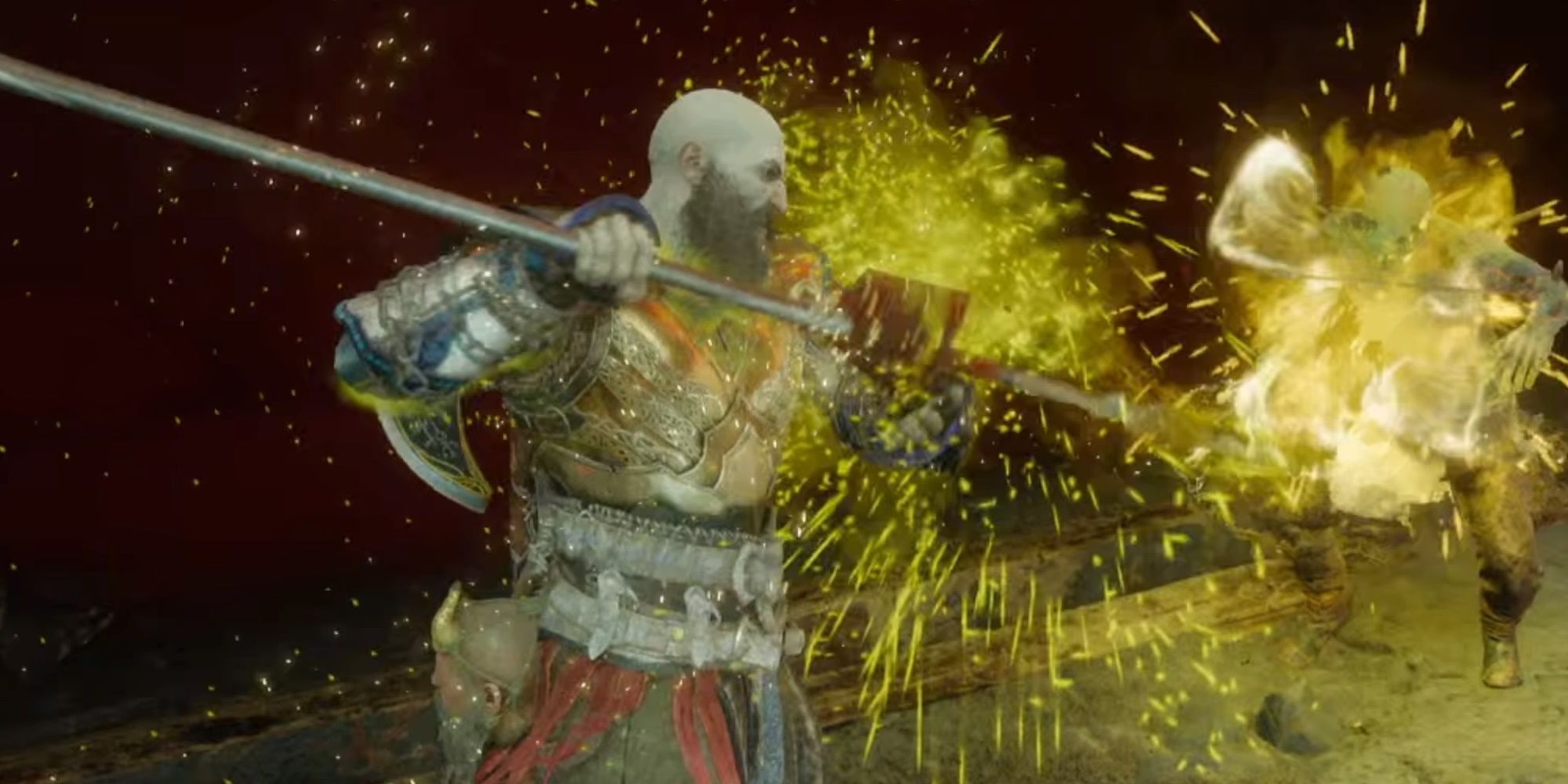 The elemental Siphon is just super, super neat. You can take an enemy's element and use it to empower your standard attacks. Also, once you have siphoned the element, your next projectile attack will be imbued with it. Oh, and guess what? Once you detonate that projectile, it produces an explosion of that element type! So cool!

This all makes the Elemental Siphon a fun tool to play around with, but the element that puts it over the top is the ability to gain resistance to the element that you just absorbed. And guess what, that carries over to your other weapons as well! It isn't game-changing, but that resistance can give you a real advantage. 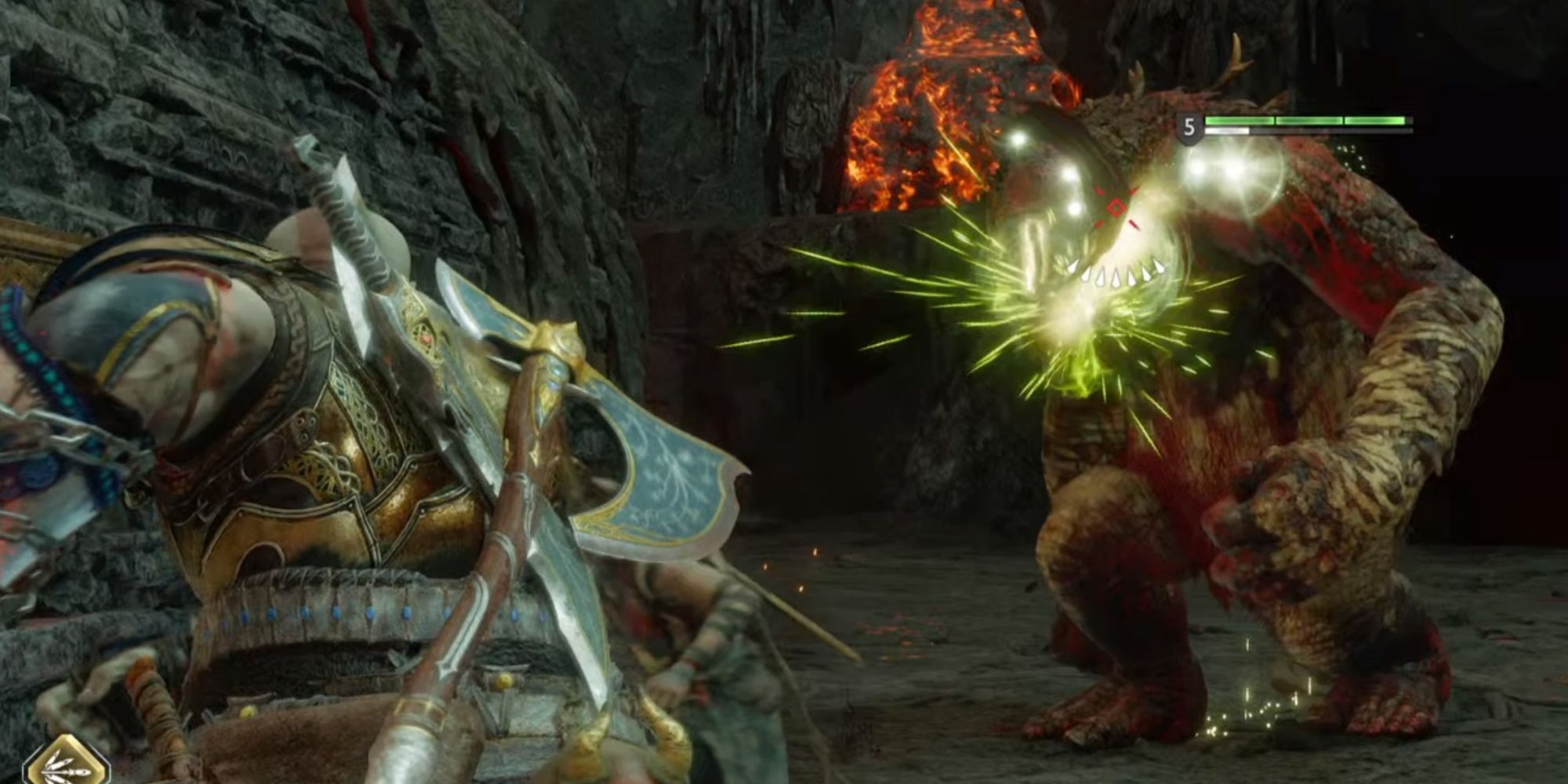 The Spear Swiftness skill is pretty simple. If turns Kratos' into a semi-automatic spear-throwing machine. When you are using this attack, you will be able to transform enemies into a pincushion in seconds. Obviously, this is a great way to lay down a ton of damage on bosses and tough enemies.

However, as cool as it is, and as potent as it makes your projectile-throwing abilities, it is a very late unlock. So, you are going to mainly be using it for post-game content. It is still great but isn't the best late-game unlock you get for the spear (but more on that in an entry or two).

The Phalanx Breaker is extremely unique when it comes to lunging attacks. Sure, every weapon has one, and the Leviathan Axe's is particularly potent, but none of them will break an enemy's guard as the Phalanx Breaker does. This means that against certain enemy types the Draupnir Spear will become your go-to weapon for approaching.

As you enter into the later parts of the game, more and more Einherjar will come packing shields. In those encounters, you are always going to want to approach with the Phalanx Breaker, even if you immediately switch to another weapon after landing it.

We also want to give a quick shoutout to the Hoplite Lunge, as it is a very quick, and pretty rangy, lunging attack. In its second form, it even sticks your opponent with a spear. It isn't good enough to make this list, especially since it places you at a range that isn't ideal for the spear, but it is still good enough to deserve a quick mention. 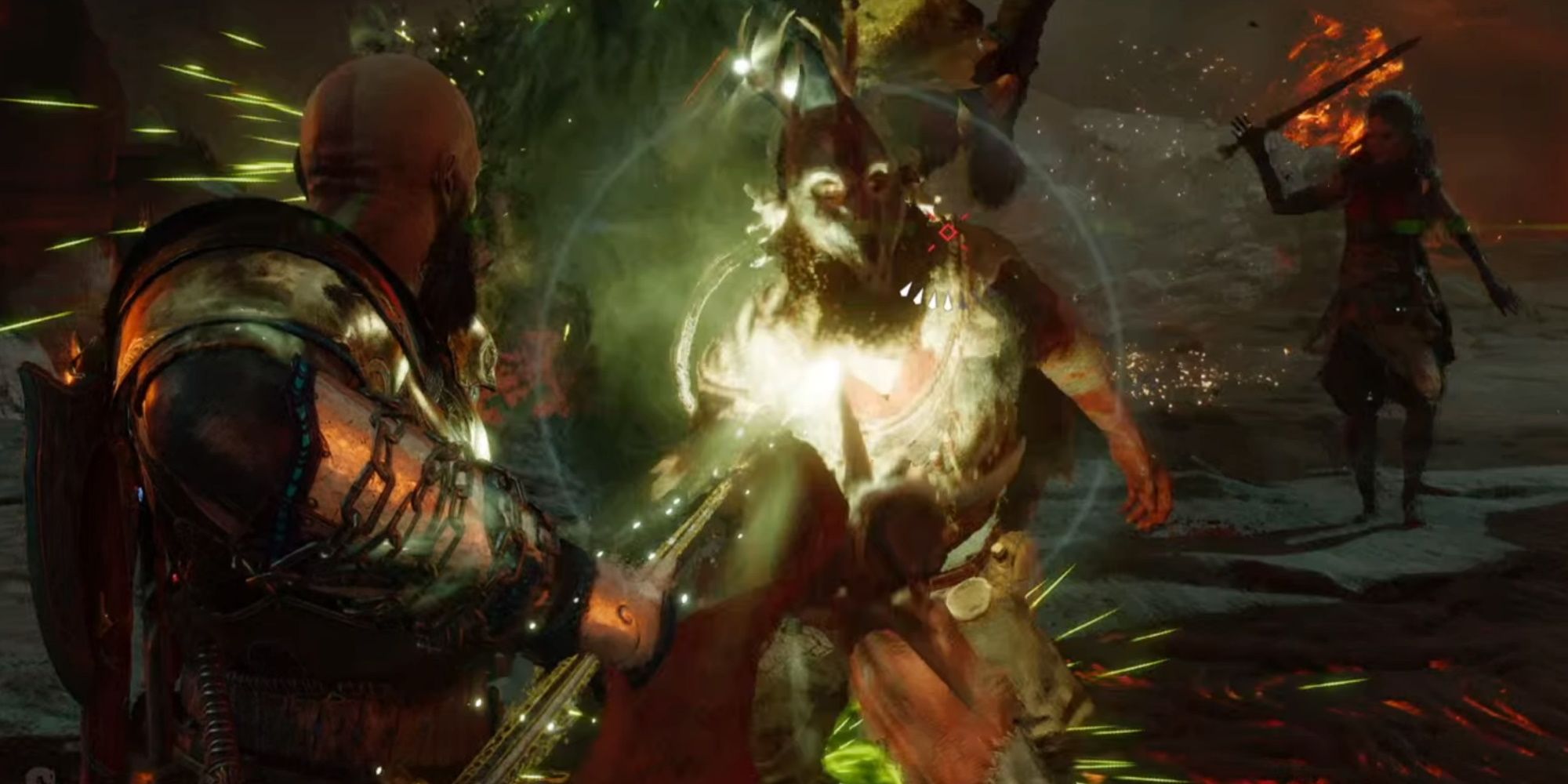 Gale Force is a pretty neat attack that is great for grouping enemies together. Its first form isn't particularly impressive, but by the second form, the vacuum effect will already be strong enough to start being useful. While the vacuum component of the Gale Force skill will not disrupt an enemy's attack, releasing it absolutely will.

The Gale Force attack excels at gathering troops that have managed to encroach on your personal space and flinging them halfway across the arena, giving you that space you need. However, it is also an incredible tool for taking advantage of exploding enemies. If an enemy is about to burst, vacuum them up and then fire them at their buddies. This is especially powerful when there is a Wisp on the battlefield. 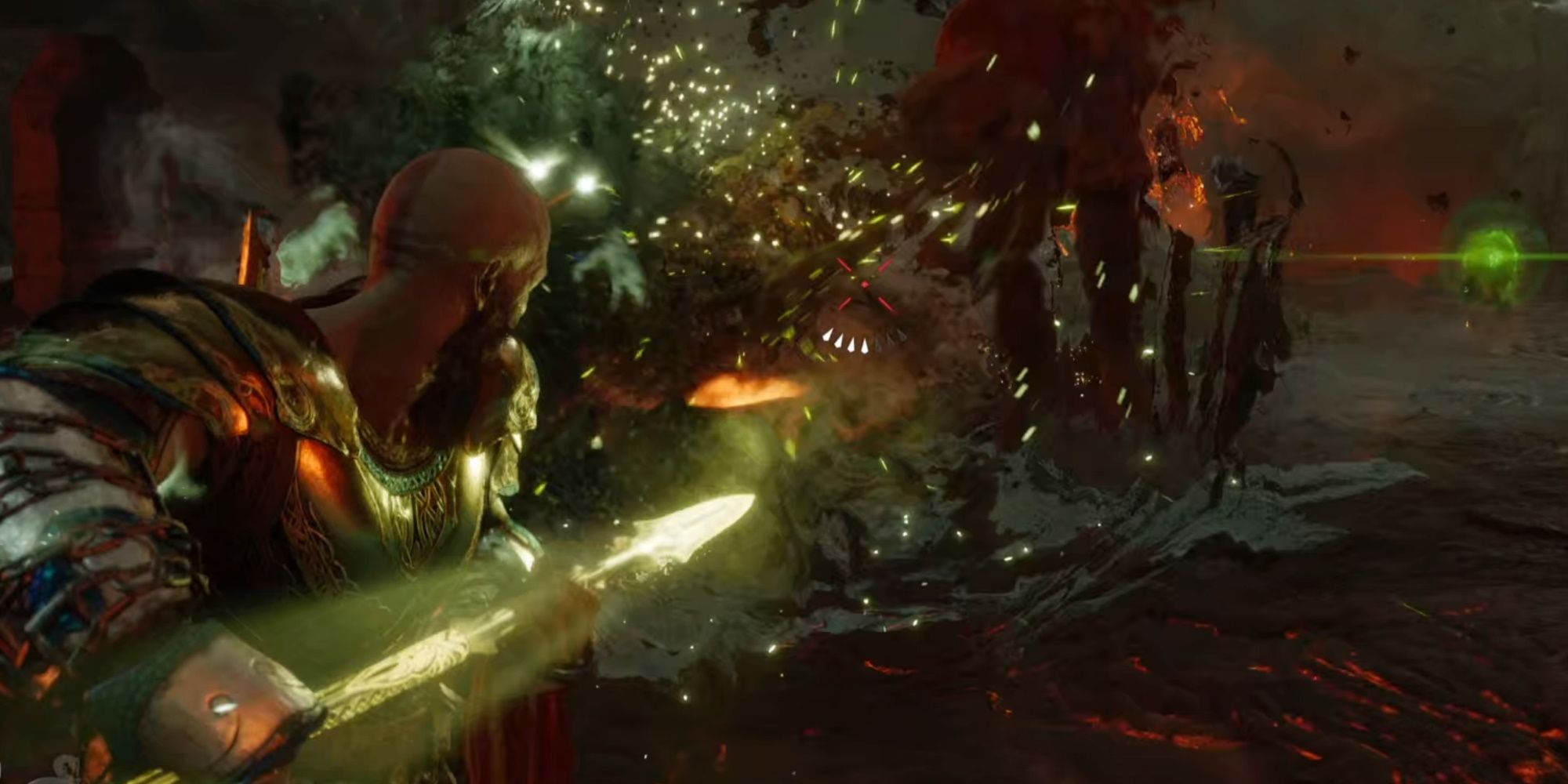 Don't get us wrong, the combo finisher skills are universally good in God of War Ragnarok. However, they all feel like nice bonuses, not essential pieces of kit; with one exception, that is. Once you have unlocked the second form of the Rising Wind—the Draupnir Spear's combo finisher—it will create a series of whirlwinds that remain active long after the skill is finished.

This is good for so many reasons, but more than anything it gives you a brilliant way to quickly swap to one of your other weapons. And when you do, it will give you a second or so to charge up your next attack with said weapons. It is an excellent cover for a devastating attack like the Leviathan Axe's Serpent's Snare. The only downside to the Rising Wind is that it is one of the last skills you can unlock in the game. 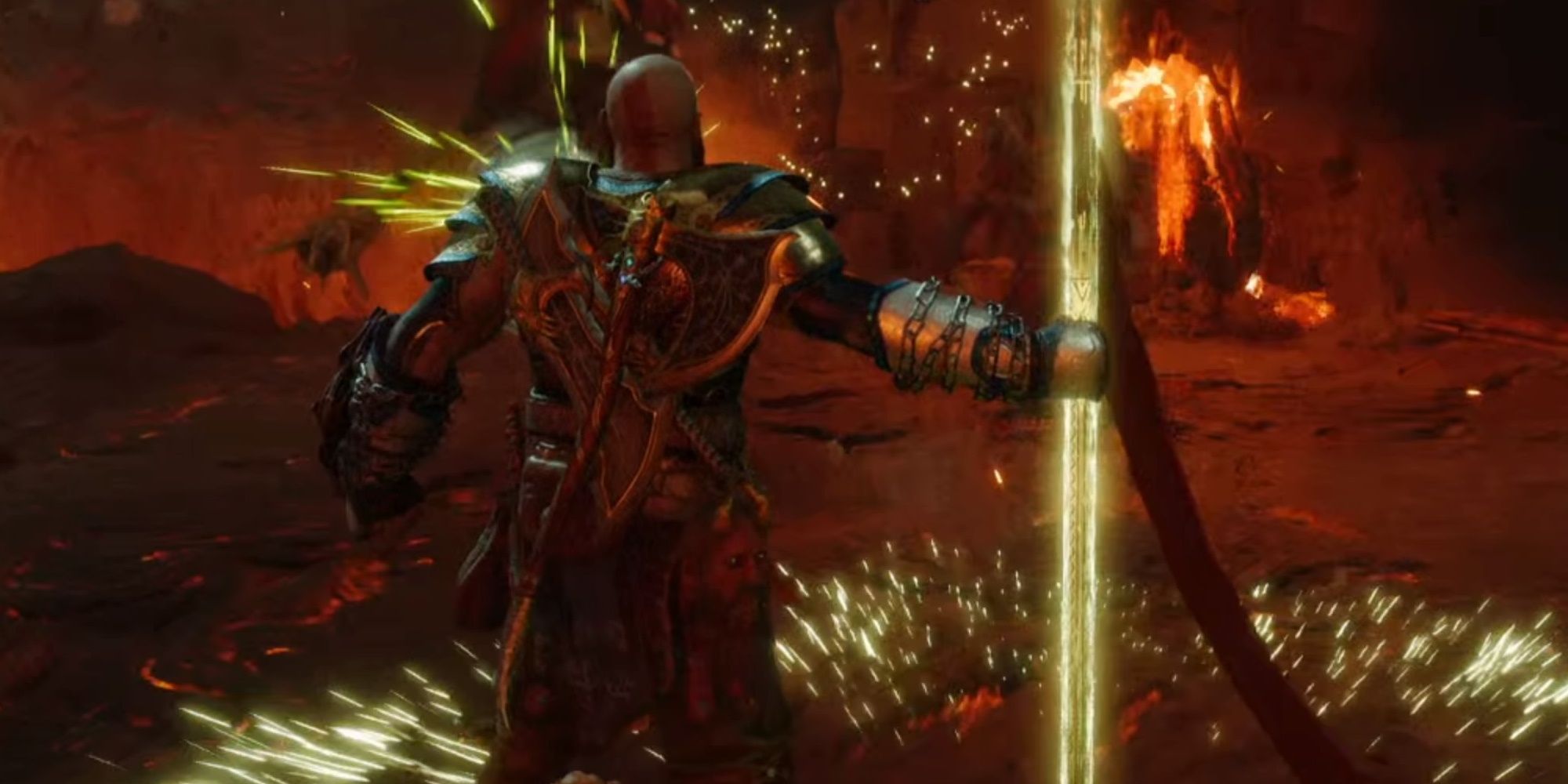 Look, we're going to say it straight out. We have no idea what to do with these skills in this list. They are just SO straightforward and obviously potent. One gives you more spears to throw, and the other causes more detonations to occur (and causes the detonations to weaken your opponents).

It feels like it goes without saying that if you are using the Draupnir Spear, it is a priority to have these skills leveled up as far as you can. There are no two ways around it. With the other weapons, you could ignore the technique path and the weapons would still be potent. But with the Draupnir Spear, we feel like those spear detonations are just woven through nearly every skill to such a degree that limiting their effect, and how many you can have to wedge in an opponent at one time, would be a tremendous mistake. 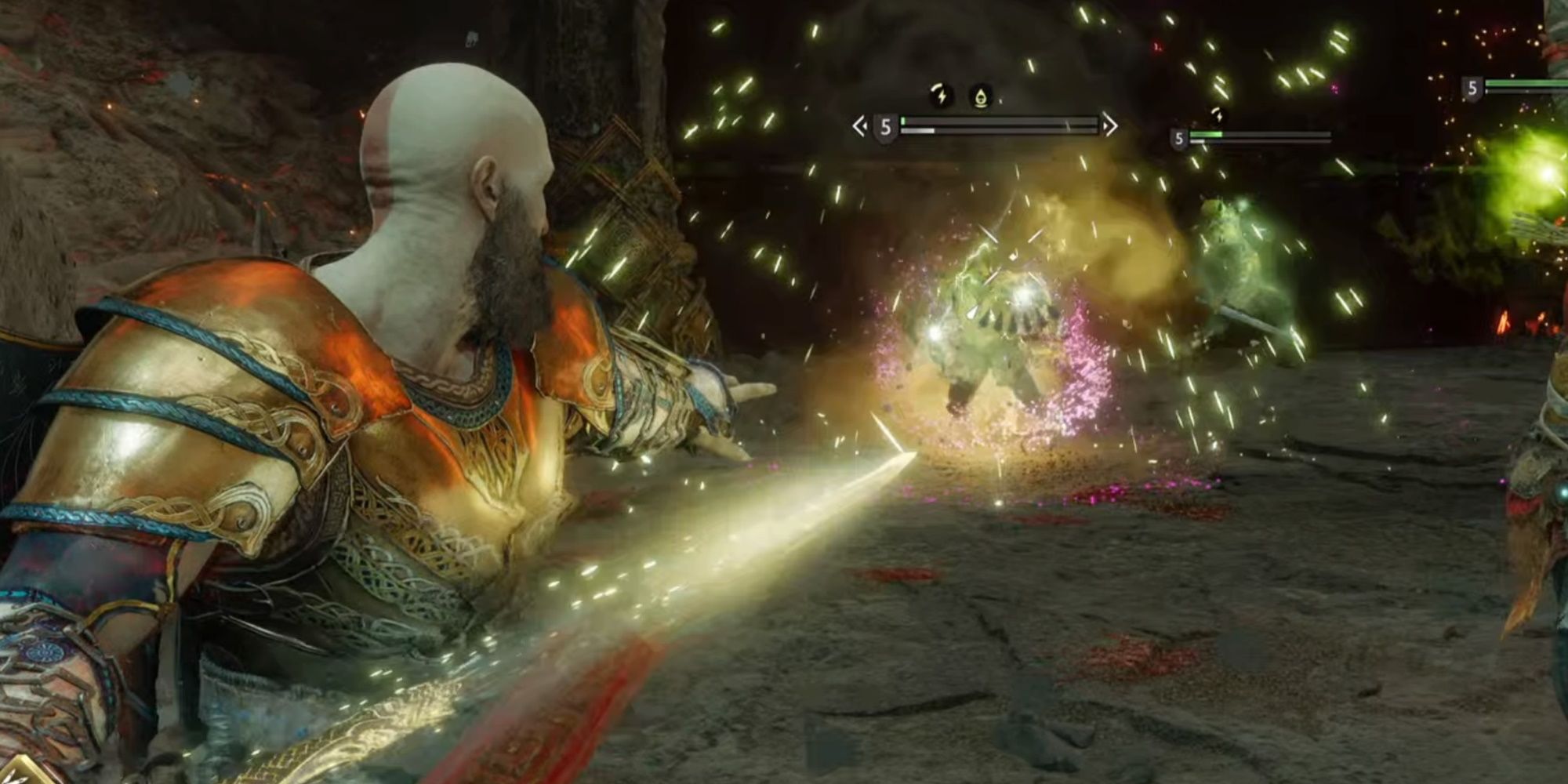 So the Draupnir Spear is already a potent ranged weapon, we know that much. But once you acquire the Spear Drill you gain access to what may just be Kratos' most powerful projectile attack. Not only does the Spear Drill do a substantial amount of damage, but it also has the advantage of fully charging pretty shockingly quickly. A fully charged Spear Drill only takes a second to charge and what you get for that charge is devastating.

However, it isn't just damage that the Spear Drill gives you, it is also control of the battlefield, as it locks your opponent into place. By the time an opponent is able to break free from this attack, you will have already had the opportunity to lock two of their friends down with additional Spear Drills. And then you can detonate them all, just to further immobilize them all.