Whilst you can spend your days in Godlike Burger just flipping meat in the same spot over and over again, it's much more efficient for you to take your culinary cannibal skills on the road. There's cash out there for the taking, but only if you're able to scale up your business.

Planet hopping to other worlds comes with tons of benefits. There is of course the extra income from more complex orders, exotic alien body parts to harvest and they're a great place to hide if the police heat is getting a little too high in your current location. It can be a little tricky to gain the ability to get new locations, as it requires cash, reputation, and quest completion. So here's everything you need to know to help unlock planets fast in Godlike Burger. 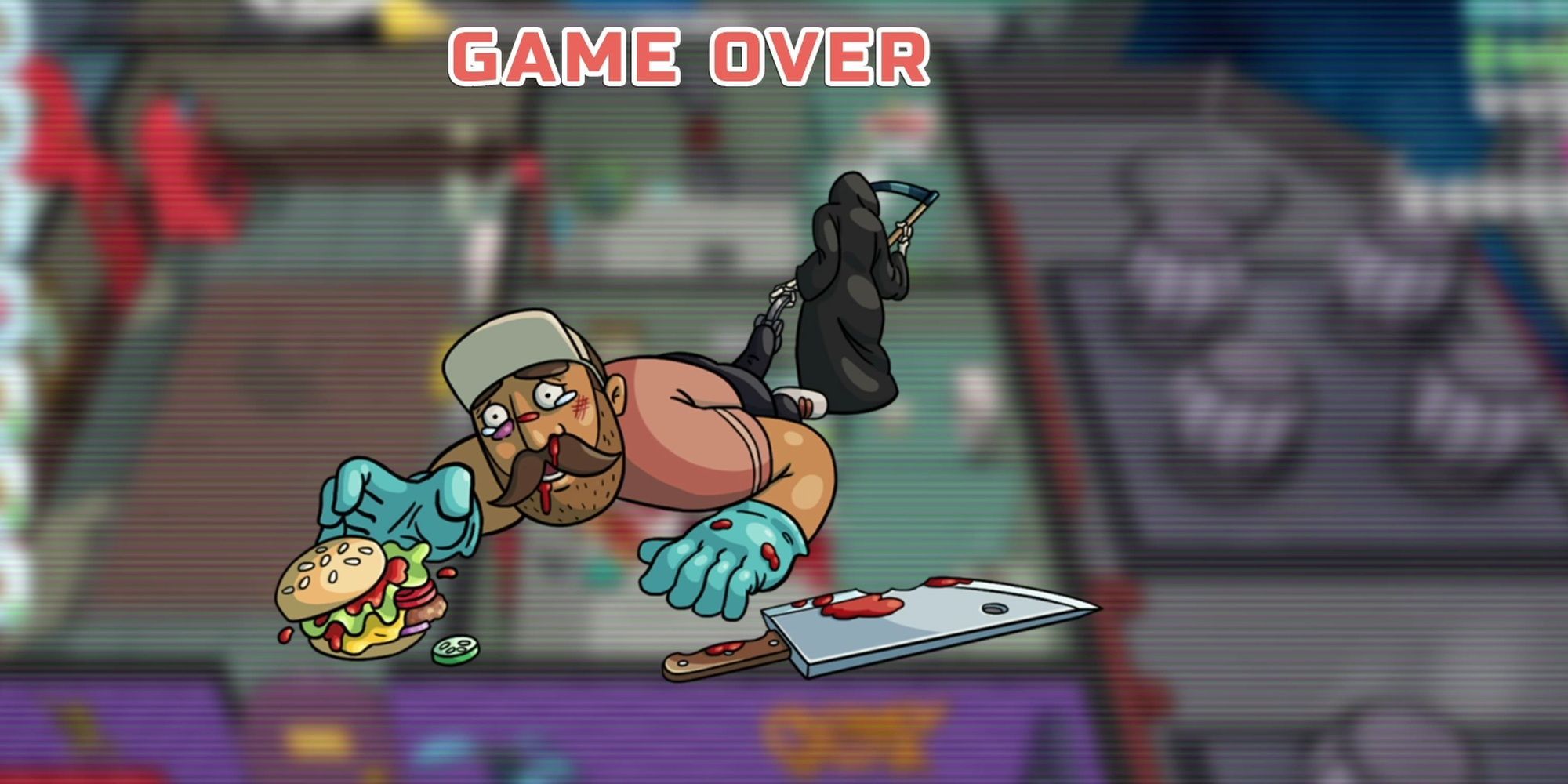 It may seem kind of redundant, but you really do not want to die in Godlike Burger if you’re planning on planet-hopping. Unlike your upgrades which stay with you when you expire, quests unfortunately reset should the Grim Reaper get his icy grip around your neck.

It also applies retroactively to any planets you have already unlocked, and it can be a little frustrating to have to start over after you manage to unlock most of-if not all-of the other worlds. A good tip to avoid this or at least give you a fighting start is to invest in the Second Chance upgrade as it lets you repeat a day after dying. It's basically a checkpoint that saves your progress.

Focus On One Planets Quests 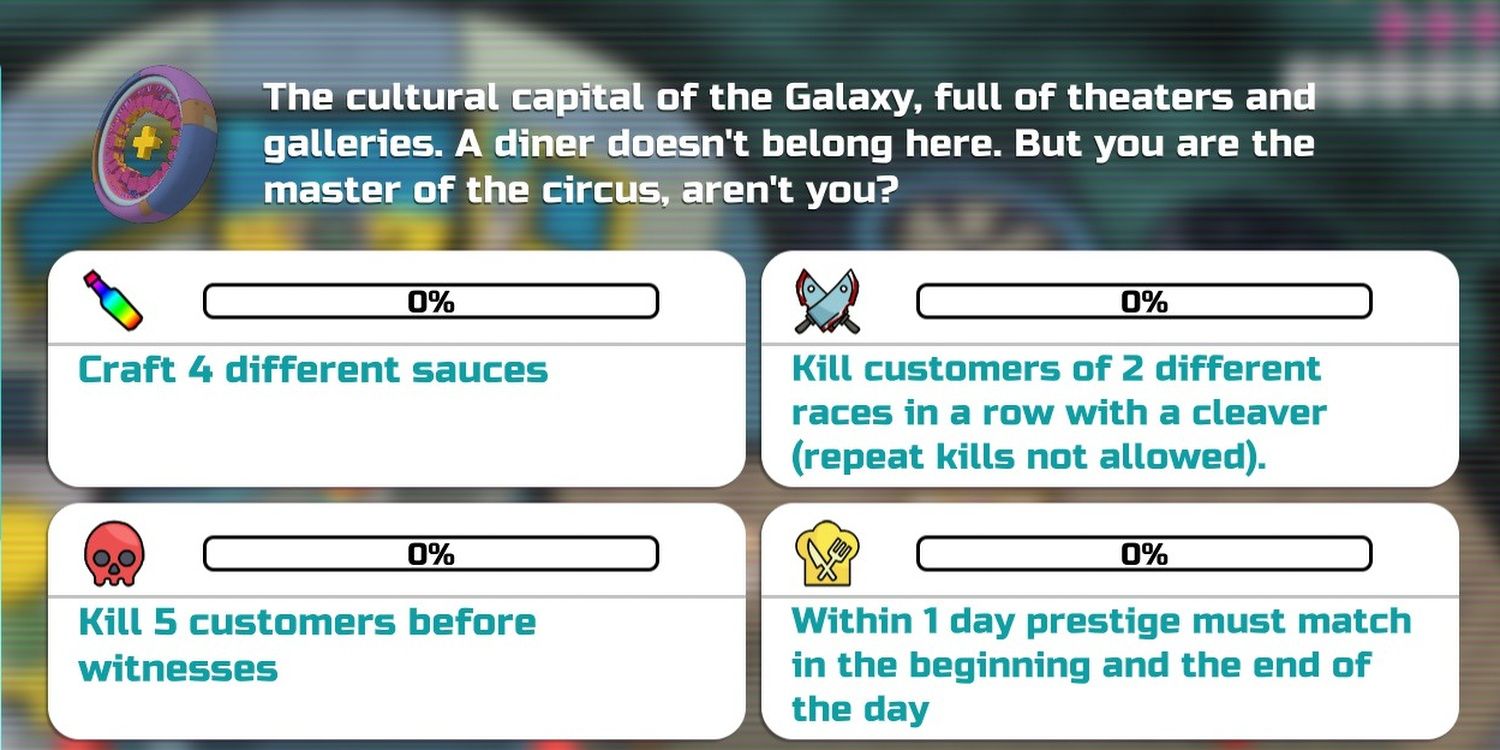 Once you start to find your bearings and begin thinking about expanding the franchise, it’s highly recommended that you pick one planet at a time and focus on unlocking it. Each one has a random quest assignment that you’ll need to complete. Plus most of the easier worlds can be knocked out fairly quickly either one at a time or in batches depending on what they need to complete them.

However, there are some pretty tricky ones, such as not letting any customers leave the restaurant for an entire day, or allowing the police to find and remove a body. So when you encounter those, take some time prepping to take down that particular quest. Mainly because they might cause a hit to your rep, attract more police attention, or worse, accidentally make you Game Over. So it pays to have a game plan.

Have A Stockpile Of Cash 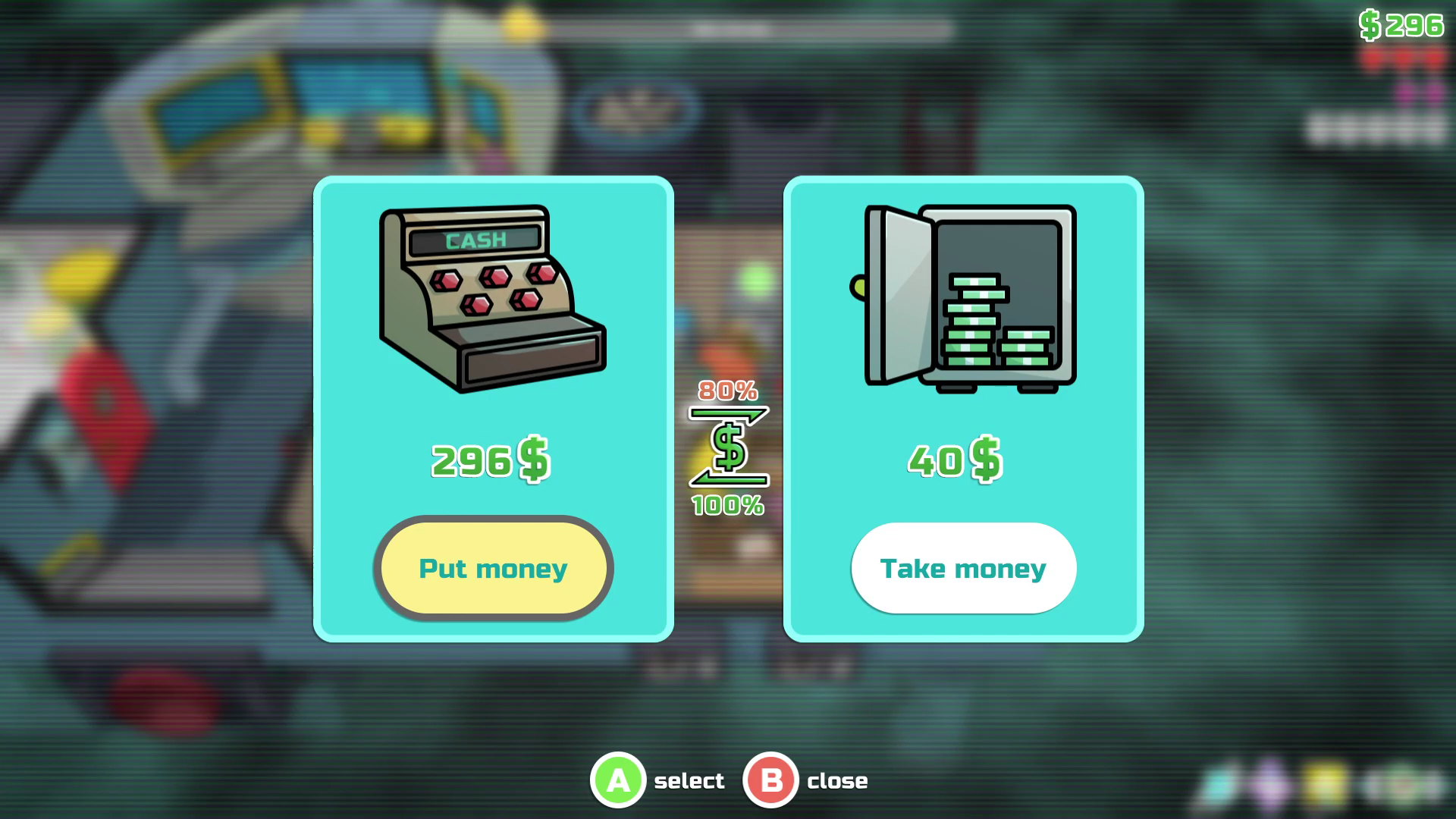 The first thing you might notice when looking at the planet menu is that they’re a little pricey. Some of the late-game areas such as Carlusdant, Ramtoneg, and Darmundoria range from $3000 to $5000 or more.

It also costs money to transport yourself to those worlds. Unless you plan ahead for this you can often blow a chunk of your income on a planet you can't access. Or, you could get there but not have enough money to leave or buy ingredients to survive their intense waves. So keep a good amount of capital on the side as a nest egg to cover your new planet skipping lifestyle.

Get That Reputation Up 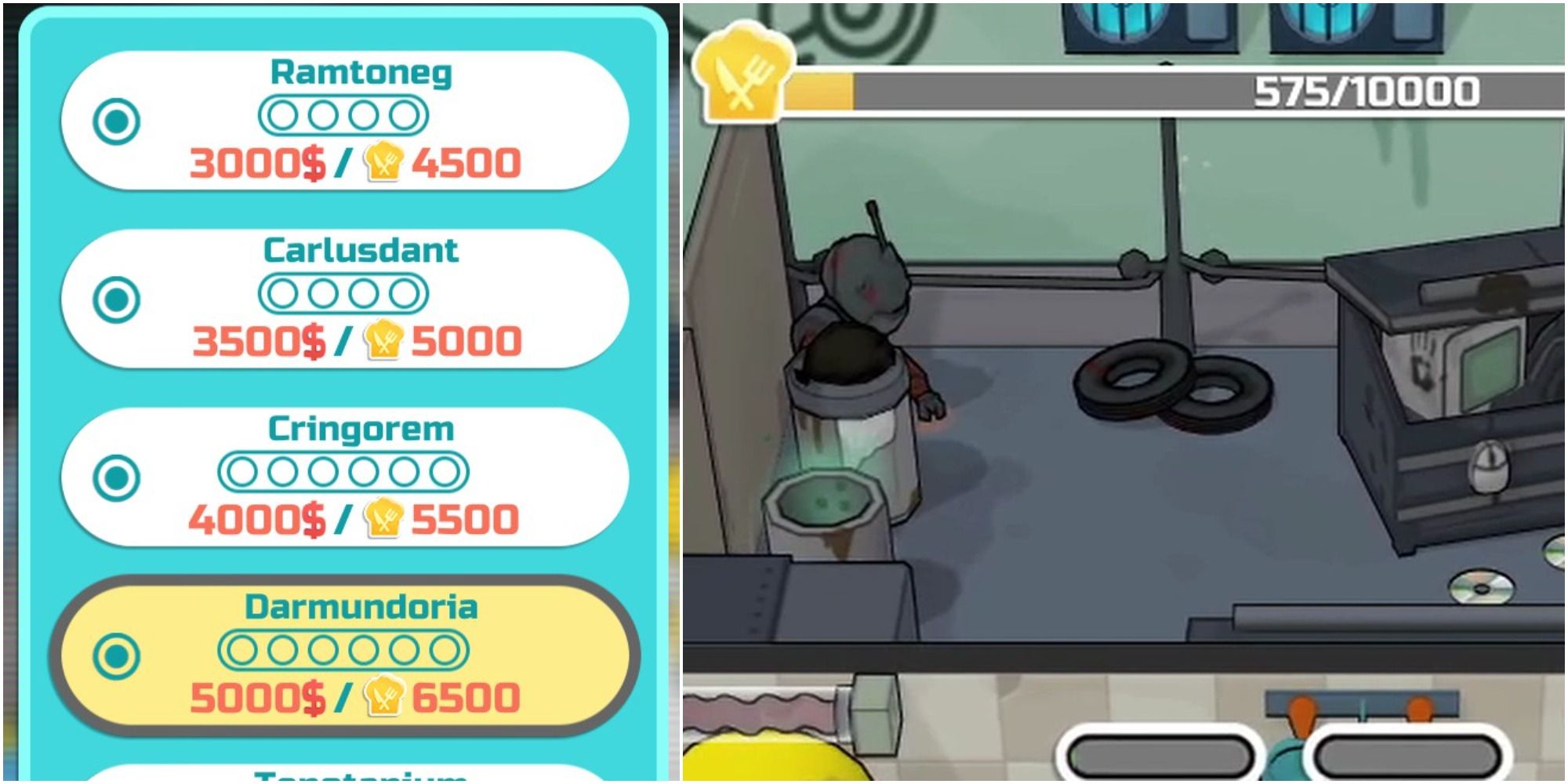 Alongside a good chunk of change, new planets also require a set level of reputation to be able to access them. Some of the lower-end planets aren't too high, but the end game areas need a reputation of up to 10K. So it can take a while to grind up to get them.

However, there are a few tricks you can use to make that hustle a little easier. For starters, the Flavoring sauce is going to be your best friend. It covers bad burgers and ensures that whoever eats anything it's doused on absolutely loves it. So if you're short on ingredients but badly need the rep points then this is the seasoning for you. There are also double rep days and bonuses from when critics stop by where you get increased reputation gains for good burgers. Focusing on cooking during those days is a good way to farm reputation. 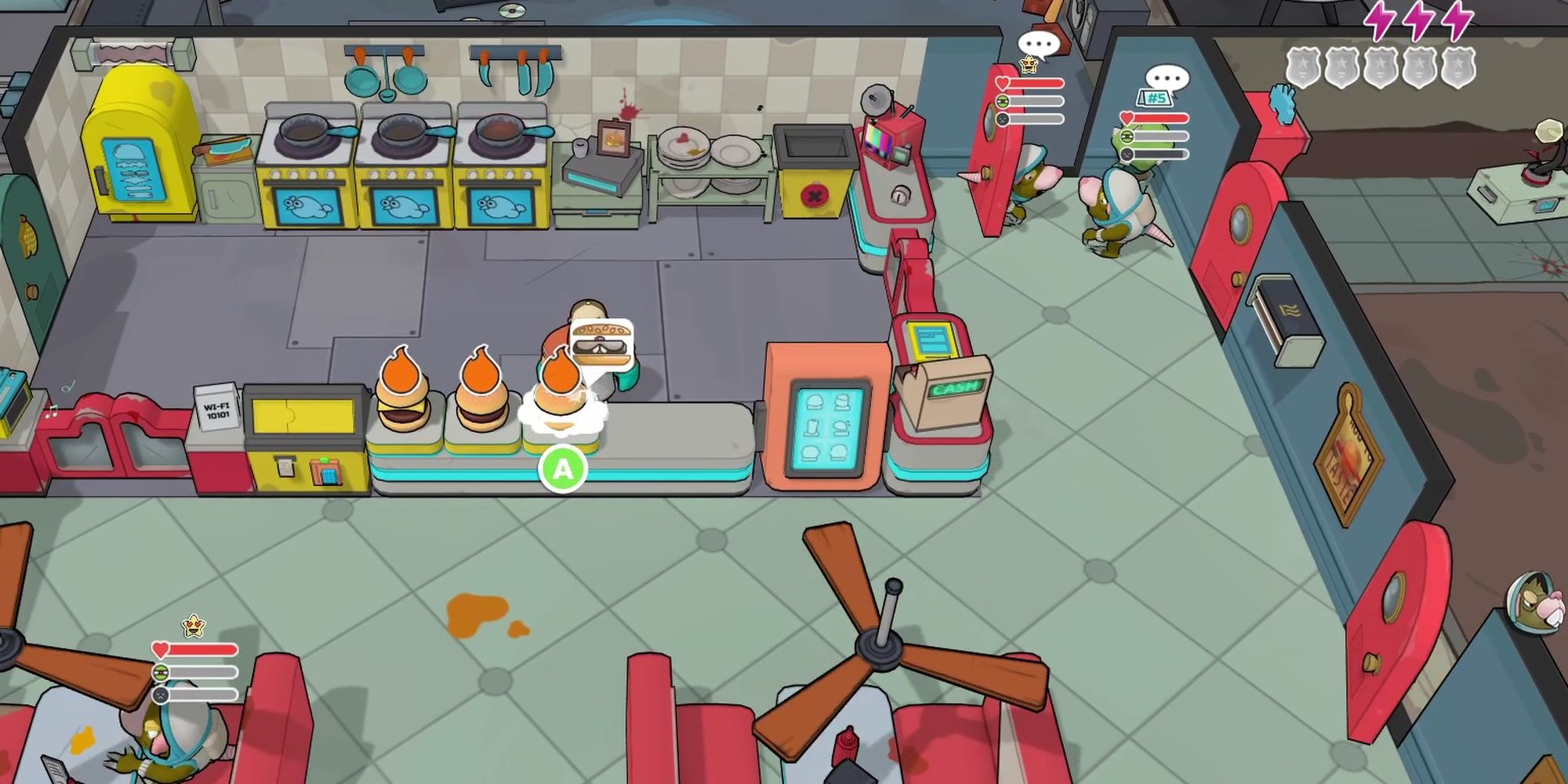 Though there are ways to speed up your access to other worlds, its worth bearing in mind that you won't be able to do it right from the jump. It can take a while to unlock other planets, even longer if your kitchen and Chef are badly needing upgrades to complete certain quests. Some targets are also tied to in-game effects, such as not taking damage during the Spontaneous Combustion event. Although these tend to be rare and don't occur until you're a number of days in.

Also, since the order of these special events tends to be random you might not run into the one you need for a while. It can often feel like it's mostly down to luck. Especially if it's the last quest you need to unlock a new planet and it's taking a while to appear, but persevere and be patient as they'll trigger eventually at some point.

Tips For Starting On New Planets 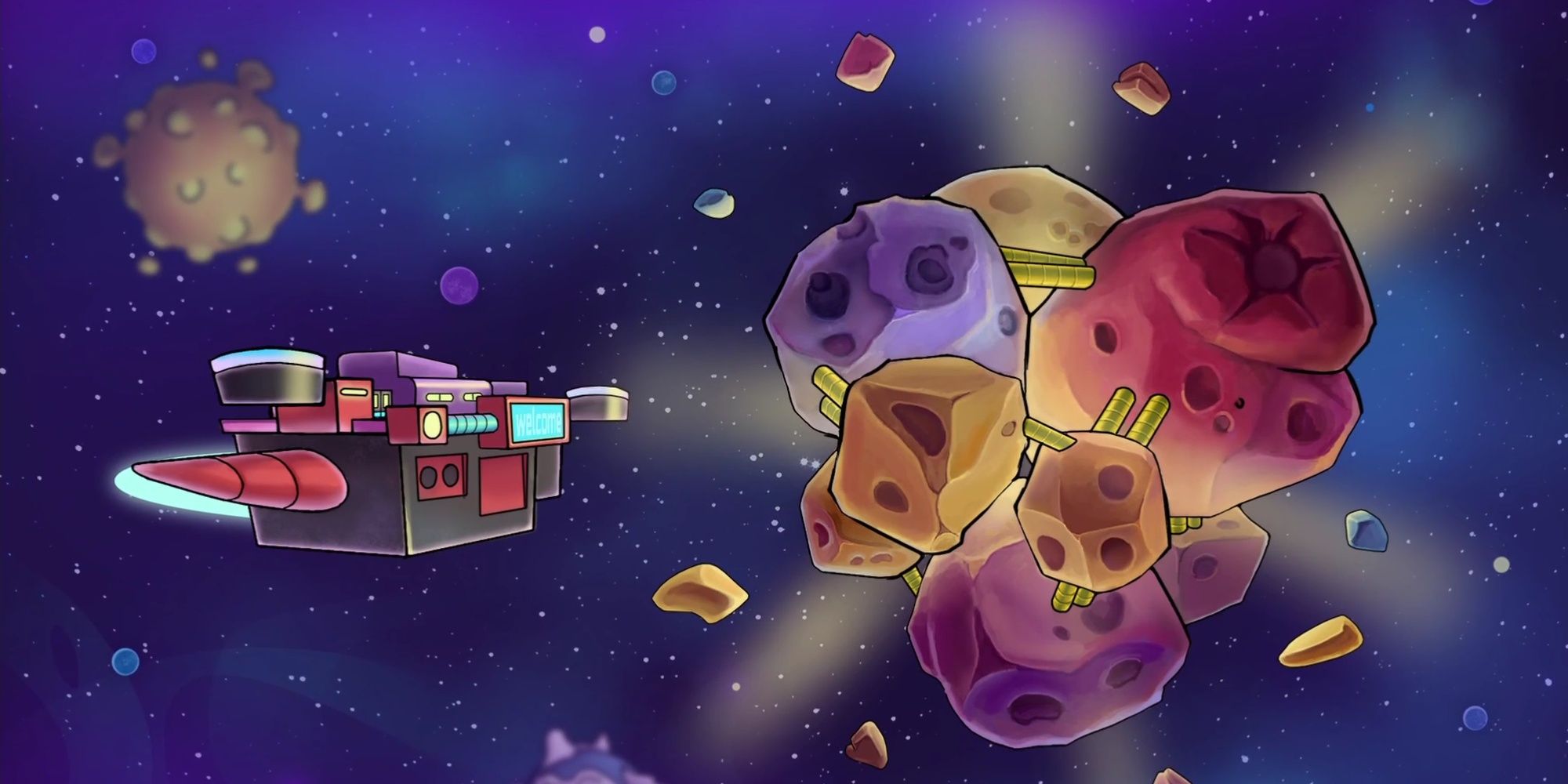 Once you get your floating fast food joint orbiting a new world there are a couple of things worth knowing. Whilst you can just jump straight in after they're unlocked and if you've got the cash to cover the transport fees, it can be a trial by fire if you're unprepared.

If you're starting the game fresh it's recommended you stay on the starter planet for as long as you can. Because once you start scaling up, the game's difficulty curve spikes right up alongside you with more complex orders, tougher aliens, and more anarchic in-game events to contend with. Here are some tips to ease you into it. 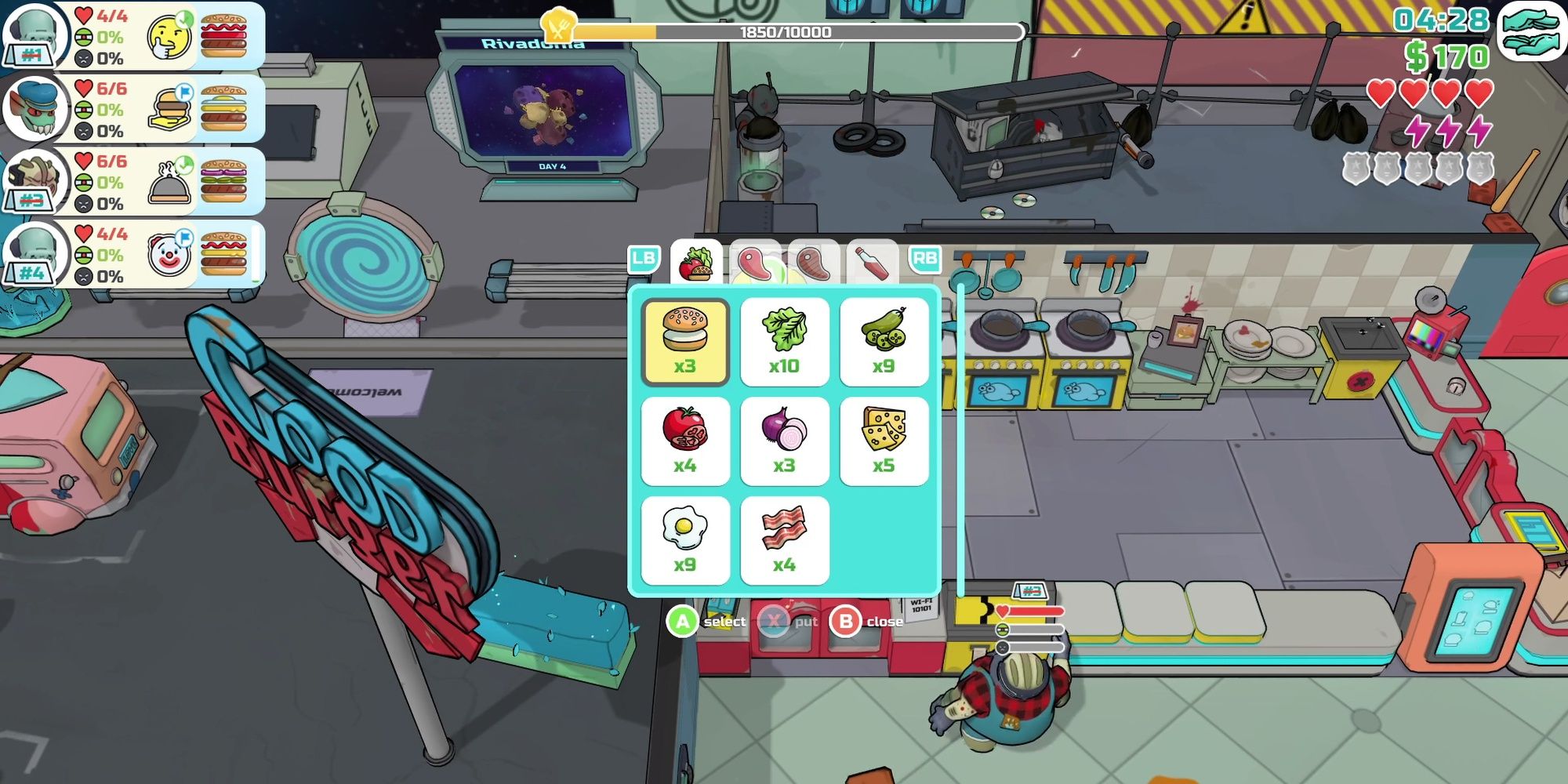 Before you go spreading your massacres to other unfortunate locations you really should make sure that there are enough ingredients stocked in the fridge. Each planet has a higher number of aliens with an increasing variety in what these oddities look like and what they want to eat.

Whilst on the starter planet your orders will at first be as complicated as a basic bun, meat patty, and maybe onions, tomato, or cheese. On other worlds you could have all that plus some extra ingredients you've not used before along with a sauce of some sort. They can take a little more time to put together and are a lot more resource-intensive, but the more complex an order the more you can charge someone for it. So stock up on everything you possibly can before you think about moving your shop to somewhere else.

Get Ready For The Difficulty Spike 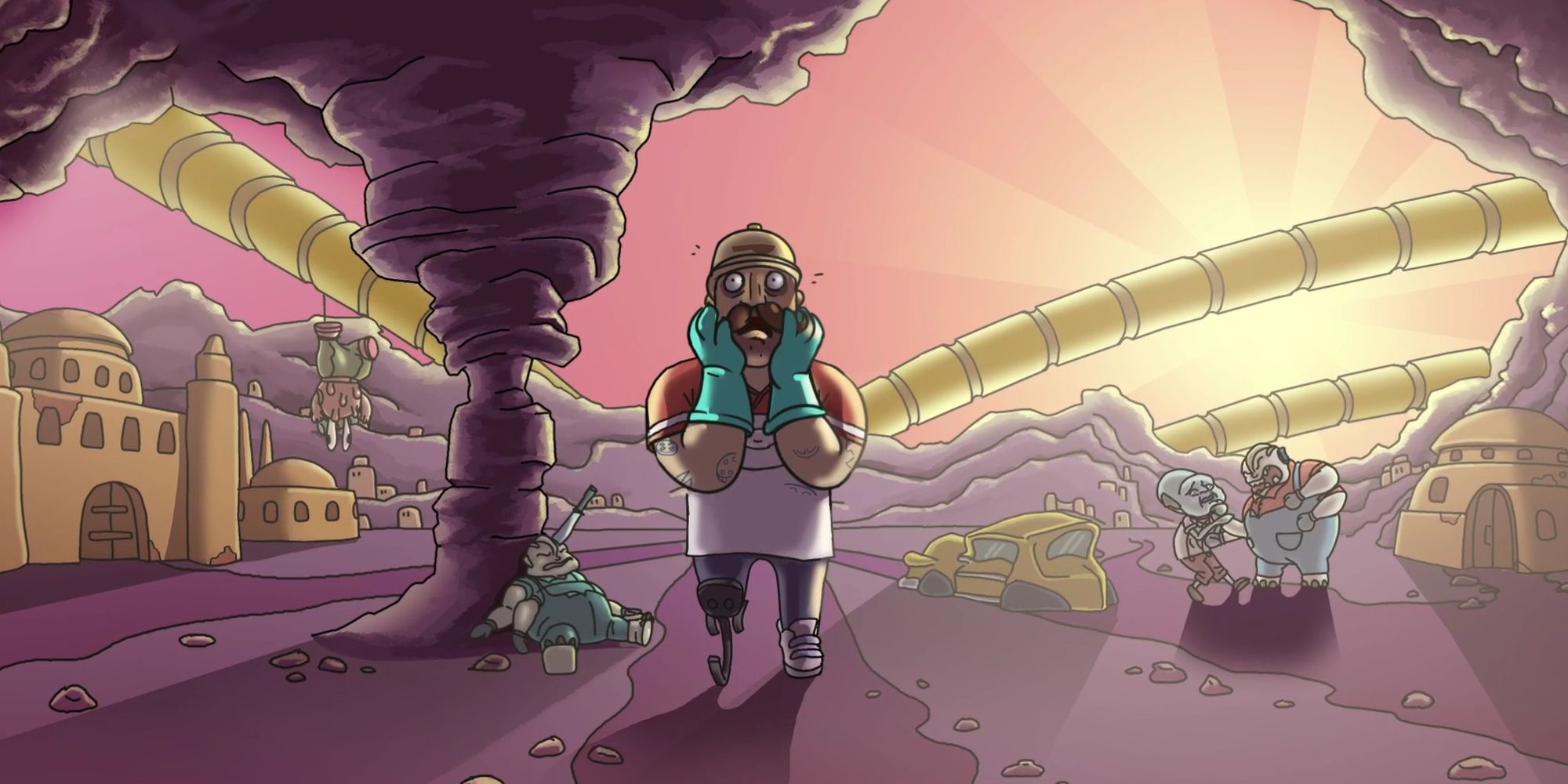 There's quite a learning curve to Godlike Burger and it's rare you'll get a few days in without the game causing enough anarchy for a Game Over screen to come knocking. It can be quite jarring if you're already barely scraping by with your restaurant.

If you're new to the game you should focus on unlocking all the traps and upgrades. Unlike the world quests, you won't lose these on death so you can stack the deck with a powerhouse of a fast-food kitchen and Chef with a handful of runs. It pays to be prepared because just like the mass murdering Chef, Godlike Burger takes no prisoners.