Google Meet, formerly Google Hangouts Meet, is arriving for consumers “over the coming weeks.” Until now, Google Meet was only available to business and education users via G Suite. Anyone with a Google Account will be able to start, join, and schedule a Google Meet call for free “starting in early May.” But there are some limitations: Meet video calls can have up to 100 participants and last up to 60 minutes. Google will start to enforce the time limit restriction on September 30.

In the age of coronavirus, it’s not surprising that workers are increasingly using video conferencing tools. What caught tech companies off-guard, however, is that people would also use their work video chat tools for fun. Zoom started as an enterprise tool, even if it’s now also being used to broadcast yoga classes, happy hours, and dinner parties. Zoom traded privacy and security to make joining video meetings with hundreds of participants dead simple. As a result, Zoom is now the undisputable leader, and tech giants are trying to catch up. Last month, Skype started letting users join video meetings without having to sign up or download anything. Last week, Facebook launched Messenger Rooms. And Google has been flexing Meet’s muscles all month.

Google Meet is clearly going after Zoom, but Google is still careful to leave exclusive features for its paying customers. While all you need is a Google Account to join a Google Meet meeting, which anyone can sign up for using an email address, free meetings only last for 60 minutes. Google is not enforcing that limit until September 30, but even then, it is an improvement over Zoom’s 40-minute limit. On the other hand, Skype and Messenger Rooms do not have a time limit at all.

Google is still figuring out what will happen when the 60-minute time limit is reached. Zoom meetings end abruptly after 40 minutes. “In terms of the user experience, either the call ends or it will prompt them,” Smita Hashim, Google Cloud director of product management, told VentureBeat. “We haven’t exactly specced-out the user experience, but we will enforce the limit.” 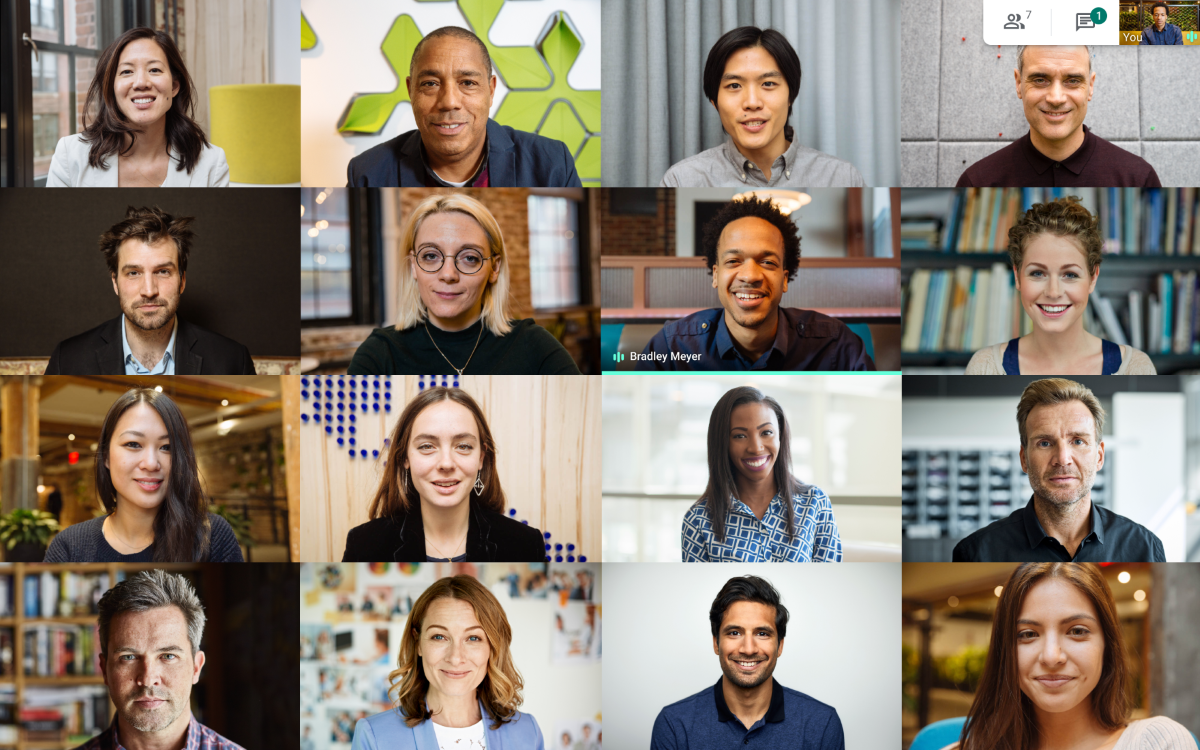 Considering Zoom’s slew of security issues, Google is making a point to underline the steps it takes to secure Google Meet. In fact, Google’s blog post today is full of direct jabs at Zoom. Google Meet’s “security features” reads like a list of Zoom security screwups unearthed over the past couple of months:

Aside from the Android and iOS apps, this is basically a timeline of Zoom’s late March and early April.

Given that Google has not just dropped the Hangout brand from Chat and Meet, but is expanding Meet in particular, one has to wonder if Hangouts’ days are numbered. After all, Google had planned to kill off Hangouts for G Suite customers in October 2019. But Hangouts still has features that Google Meet doesn’t have, such as the ability to call phone numbers directly. And so, Google continues to waffle on what to do with Hangouts. Indeed, we asked about the service’s fate.

Hashim said Google is not currently able to commit to porting Hangouts’ features to Google Meet.

Zagreus’ Accent In Hades Was Inspired By Loki From THE MCU