The Court of Owls is the main threat in Gotham Knights, and their first appearance in the game is enigmatic in more ways than one. After you complete Case 2.1, the Penguin will give you a tip about the Court of Owls, sending the Knights to the Old Powers Club.

Due to the Court's secretive nature, security will be high, and doors will be locked behind secret contraptions. Batgirl, Robin, Red Hood, and Nightwing will need to do what they do best: beat up criminals and solve puzzles. The first puzzle you'll encounter in Case 2.2 is a secret mechanism hiding under the floorboards. 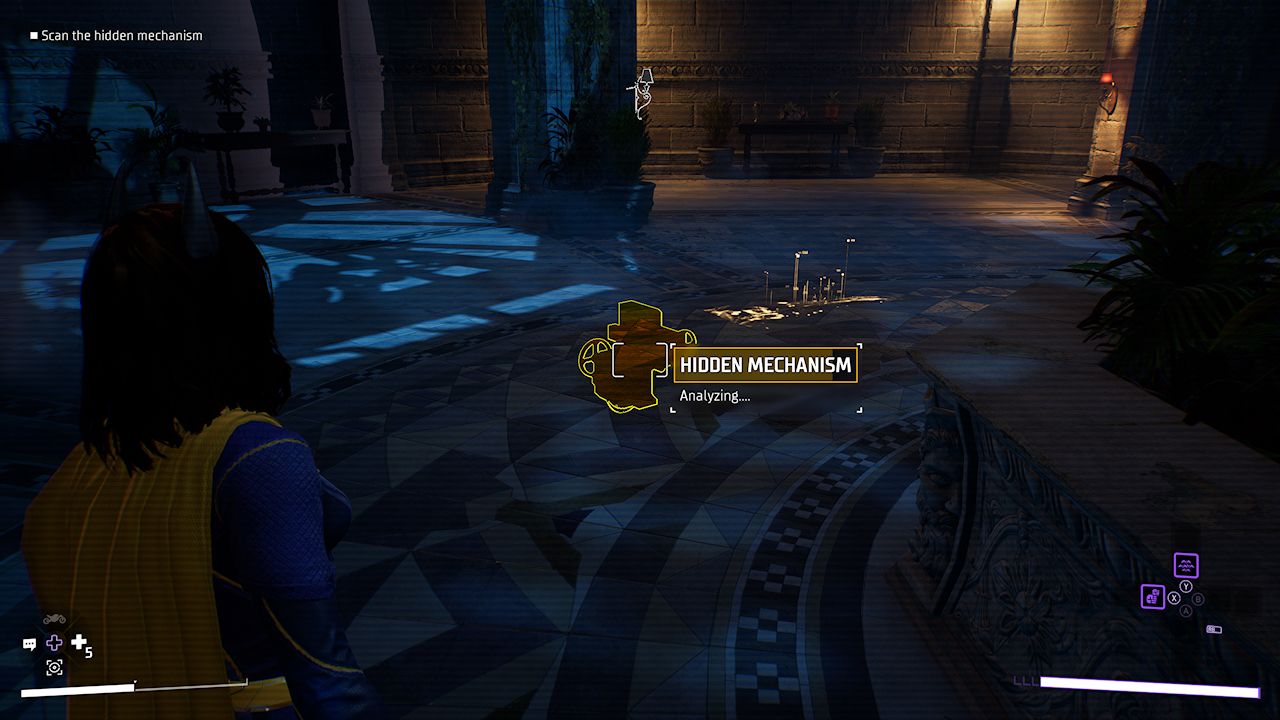 Once you enter the Old Powers Club, you'll be in a circular room with two henchmen patrolling around. Begin by taking them out – it doesn't matter if they spot you. After they've been dealt with, activate your AR scan (down on the D-Pad) to track a trail of blood. Follow it to its endpoint, then activate the AR scan again to reveal the mechanism under the floor.

Once you've found the mechanism, you'll need to activate it by finding two hidden buttons around the club. 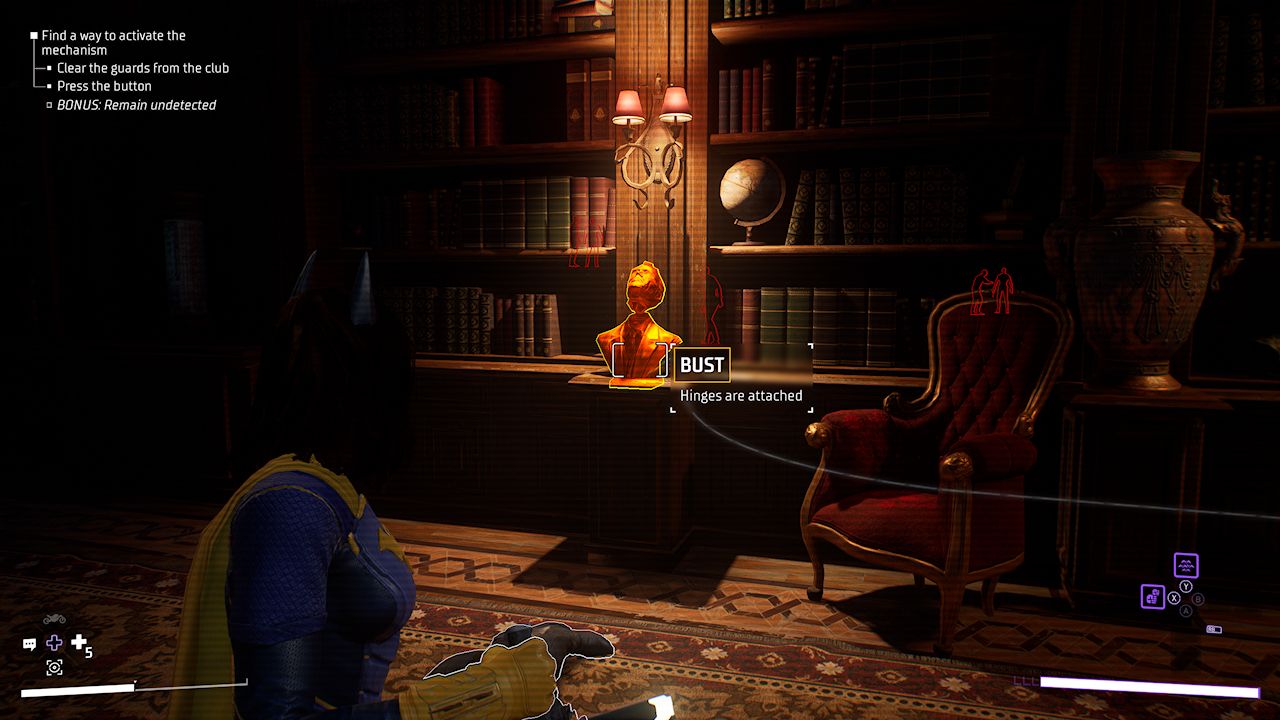 Use any number of doors to enter the other rooms. The first secret button will be waiting in the room to the left. There'll be three henchmen here that can be easily dealt with stealthily. Once they've been knocked out, hold the AR scan button until a reticle appears on the screen. Point it at the bust statue closer to the stairs. Scanning it will reveal a button inside. Press the button, then head to the other room 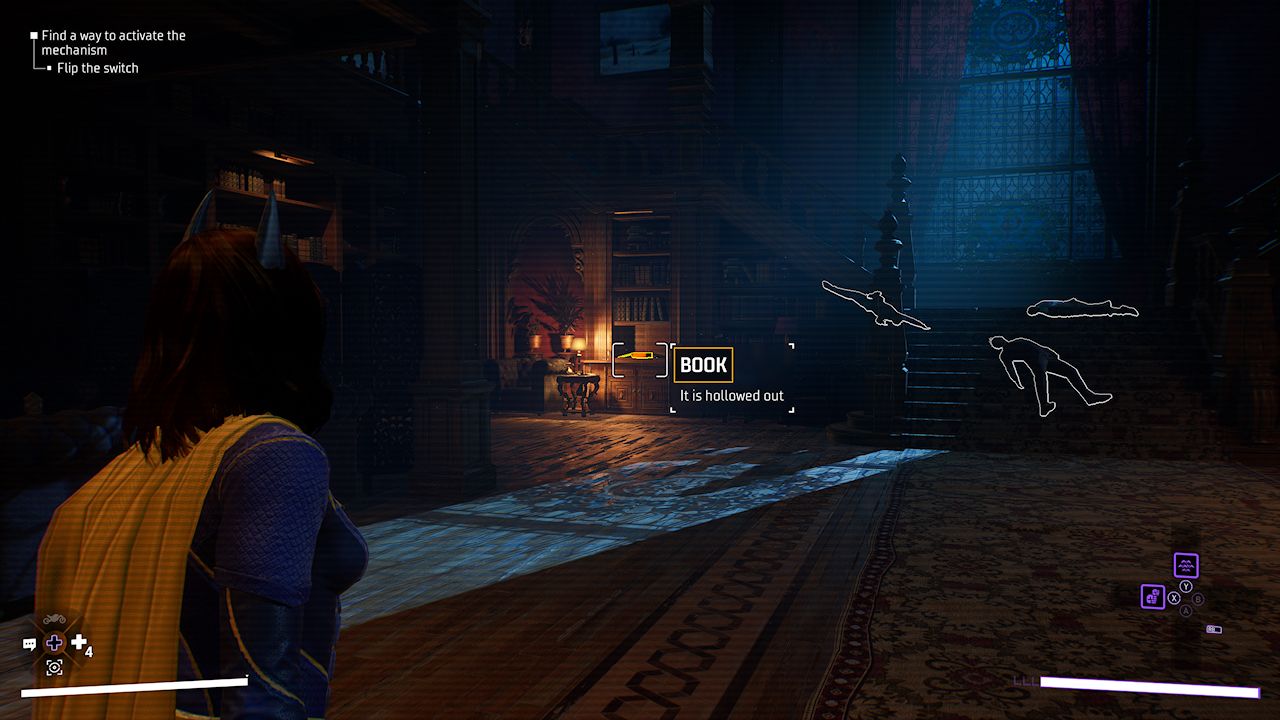 The room to the right will contain the other secret button. There'll be more henchmen waiting in this room. Again, it doesn't matter if you're spotted, but it's easier if you knock out all of the enemies before exploring. Once they've all been knocked out, hold the AR scan button until a reticle appears on the screen. Aim at the bookshelf to the left of the stairs to reveal a hollowed-out book. Approach it to press the button and activate the mechanism. 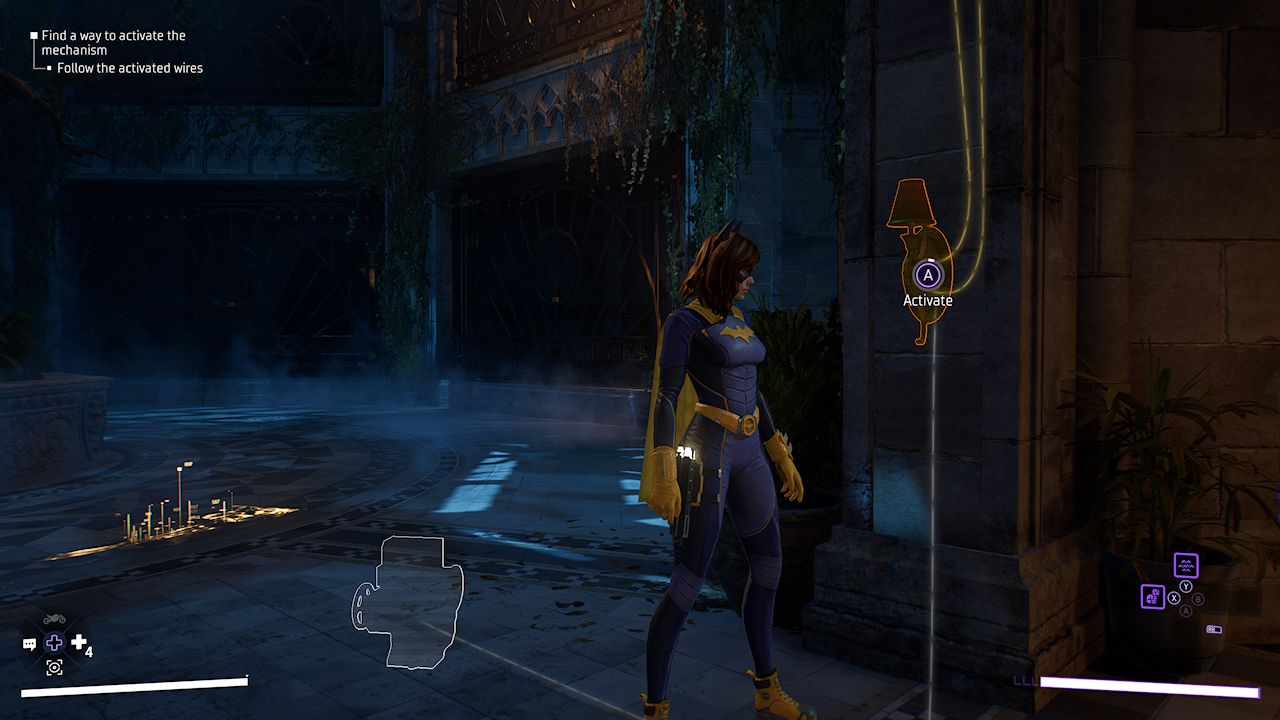 Once both buttons have been pressed, follow the wires back into the first room with the mechanism. If you activate the AR scan, you can see the wires connect to the lamp right next to the secret mechanism. Pull it to start the mechanism and reveal a secret entrance heading underground.