Grand Theft Auto 3's Liberty City is small, but those who played it back in 2001 can attest to just how impressive it was to explore upon release. The metropolis is filled with secrets and side content, with one notable side mission involving collecting all the unique stunt jumps throughout the city.

There are only twenty of them throughout Liberty City and they're all relatively easy to spot once you see their general location. The thrill of jumping off these ramps is rewarding enough alone for completing these jumps, but you also earn over a million dollars once you complete all 20. The jumps are ordered starting in Portland, before going to Staunton Island, and then finally Shoreside Vale.

In The Middle Of Portland 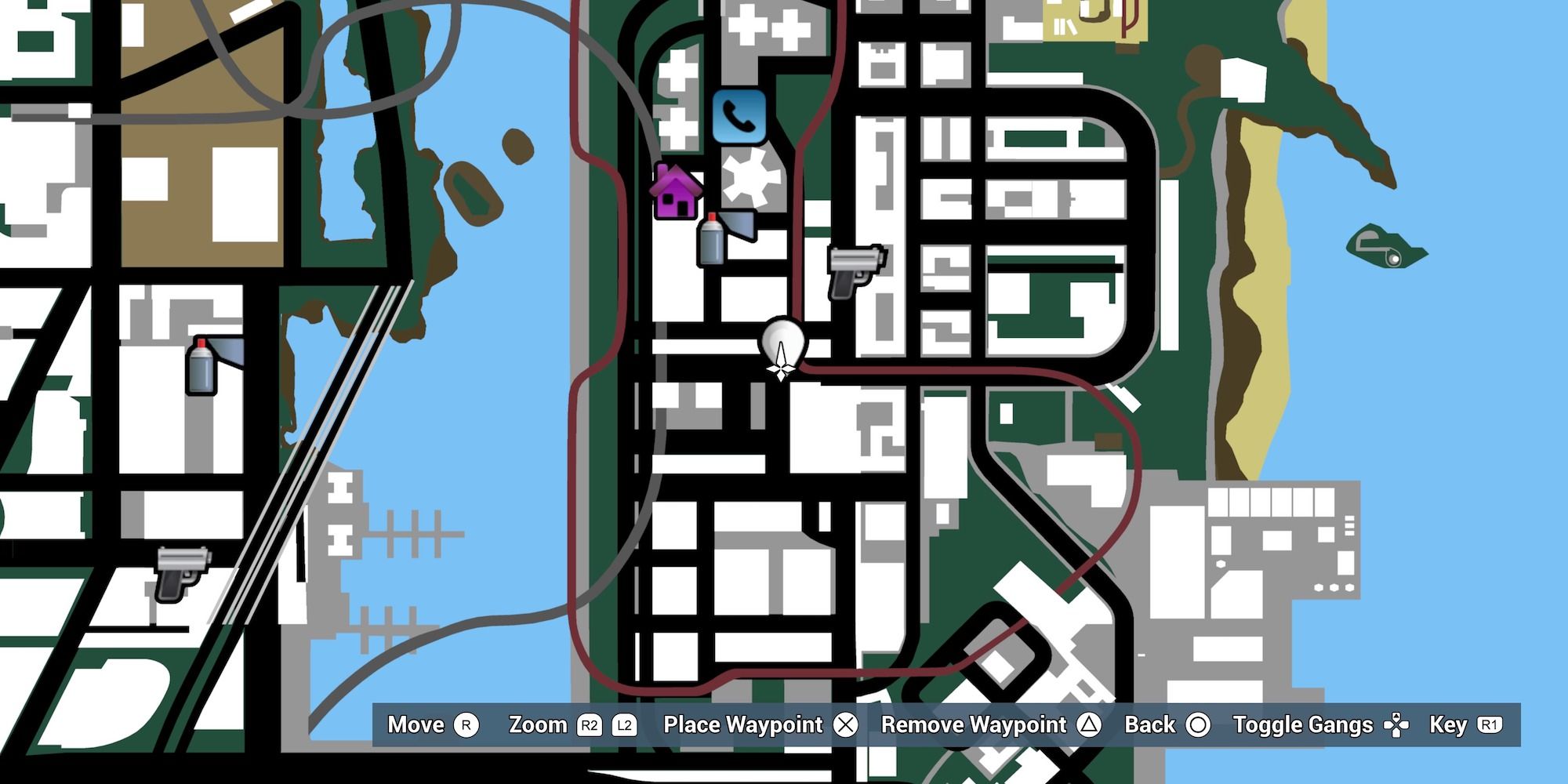 Before starting to do the jumps in Portland, it is important to know where to find a fast car on the island if you are doing it before having access to Staunton Island. There is a Banshee on the northeast part of the map in the dealership.

If you have Staunton Island unlocked, then we recommend going to that island to find a Yakuza Stinger or other fast car and then bringing it over. With that out of the way, find the first jump in the middle of Portland underneath a railroad track. The wooden ramp is by the entrance to the subway.

On The West Side Of Portland 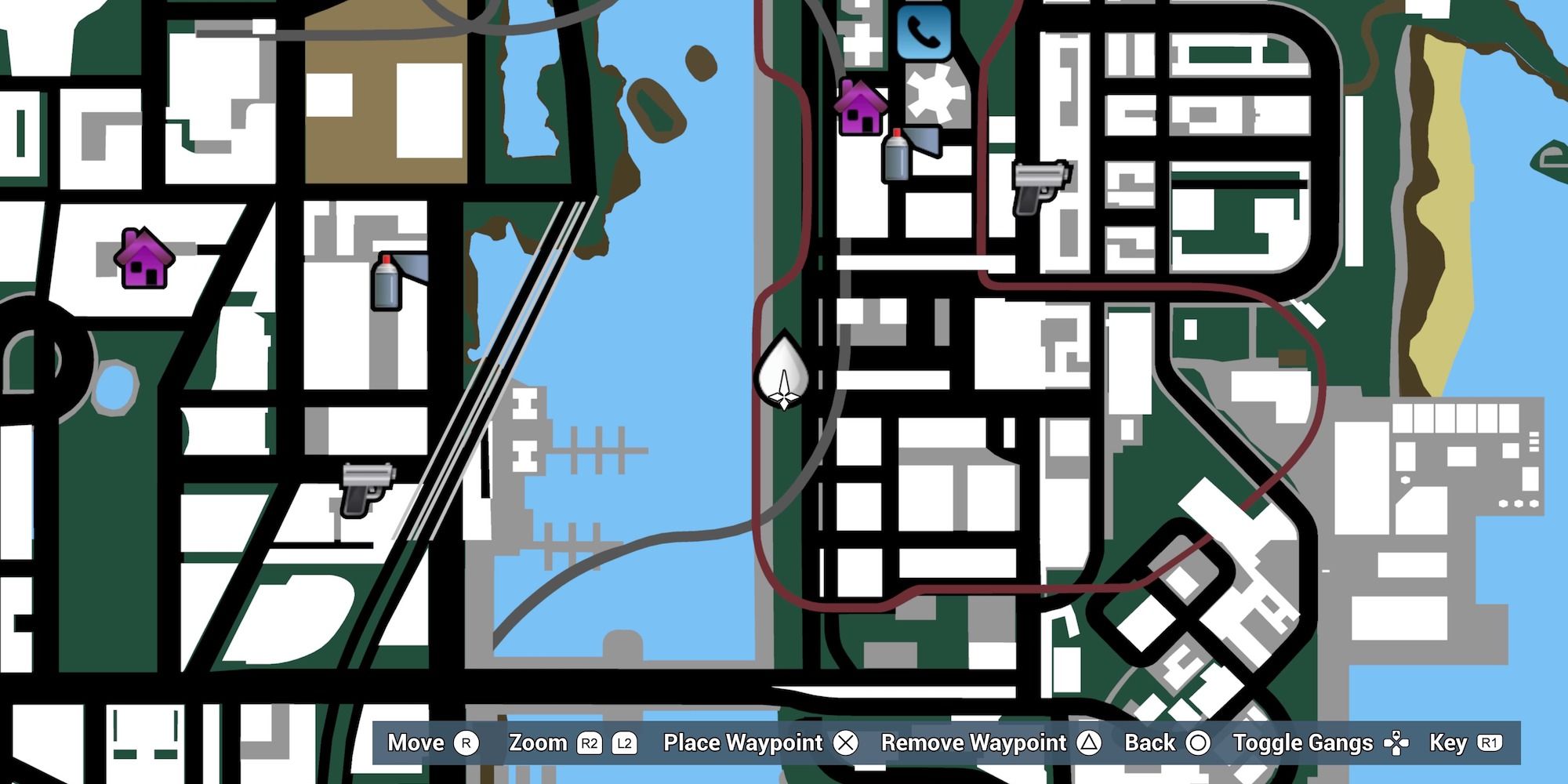 Go west and on the grass is a concrete ramp. You have to jump over the elevated walkway to complete it. There is a police bribe icon nearby as well.

Between The Lanes Of The Bridge 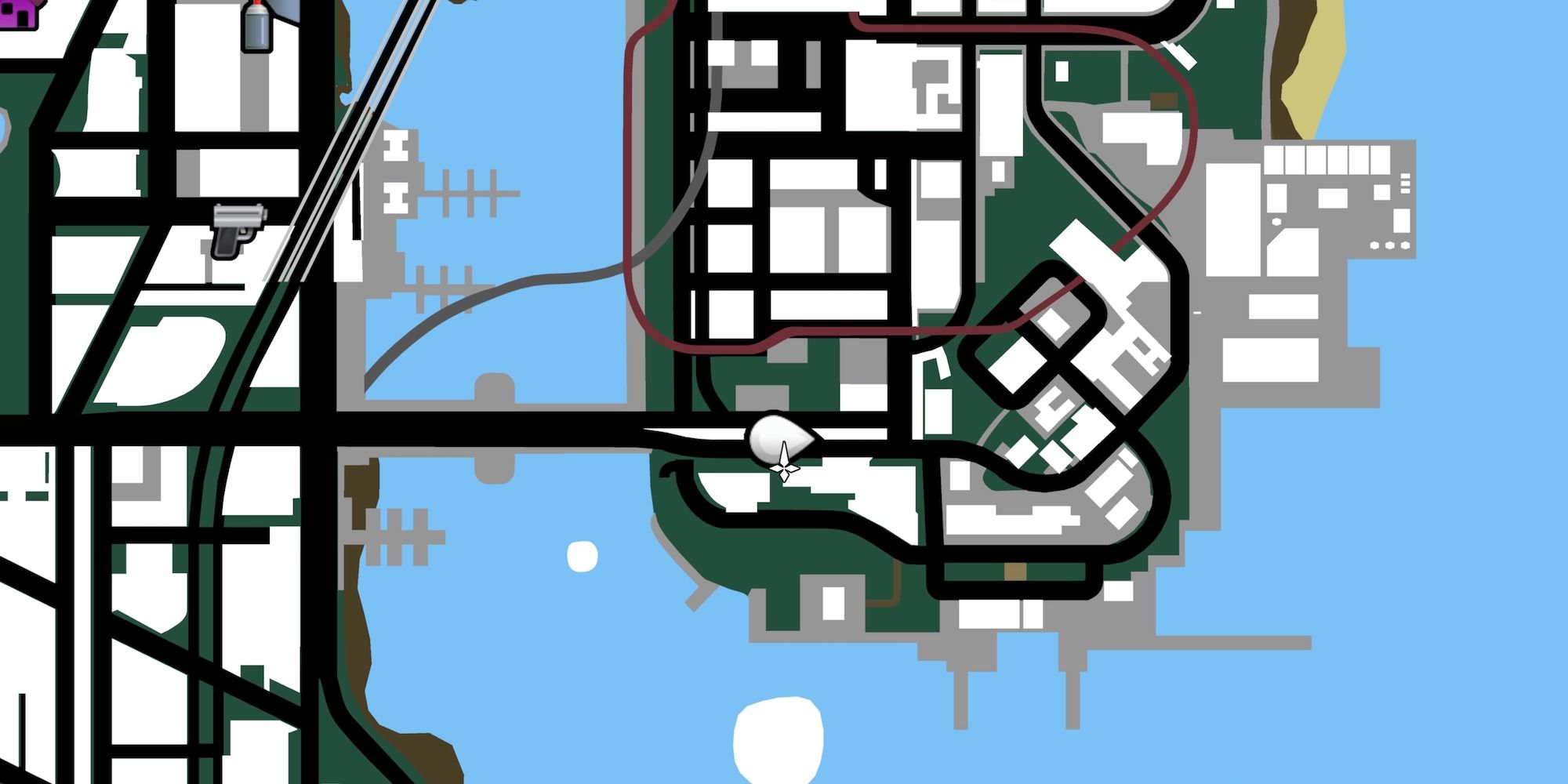 Go south to the bridge toward Staunton Island. There are two jumps here right next to each other. The first is a natural ramp between the two lanes. You have to jump away from the bridge to complete it and need quite a running start to jump over the beams. 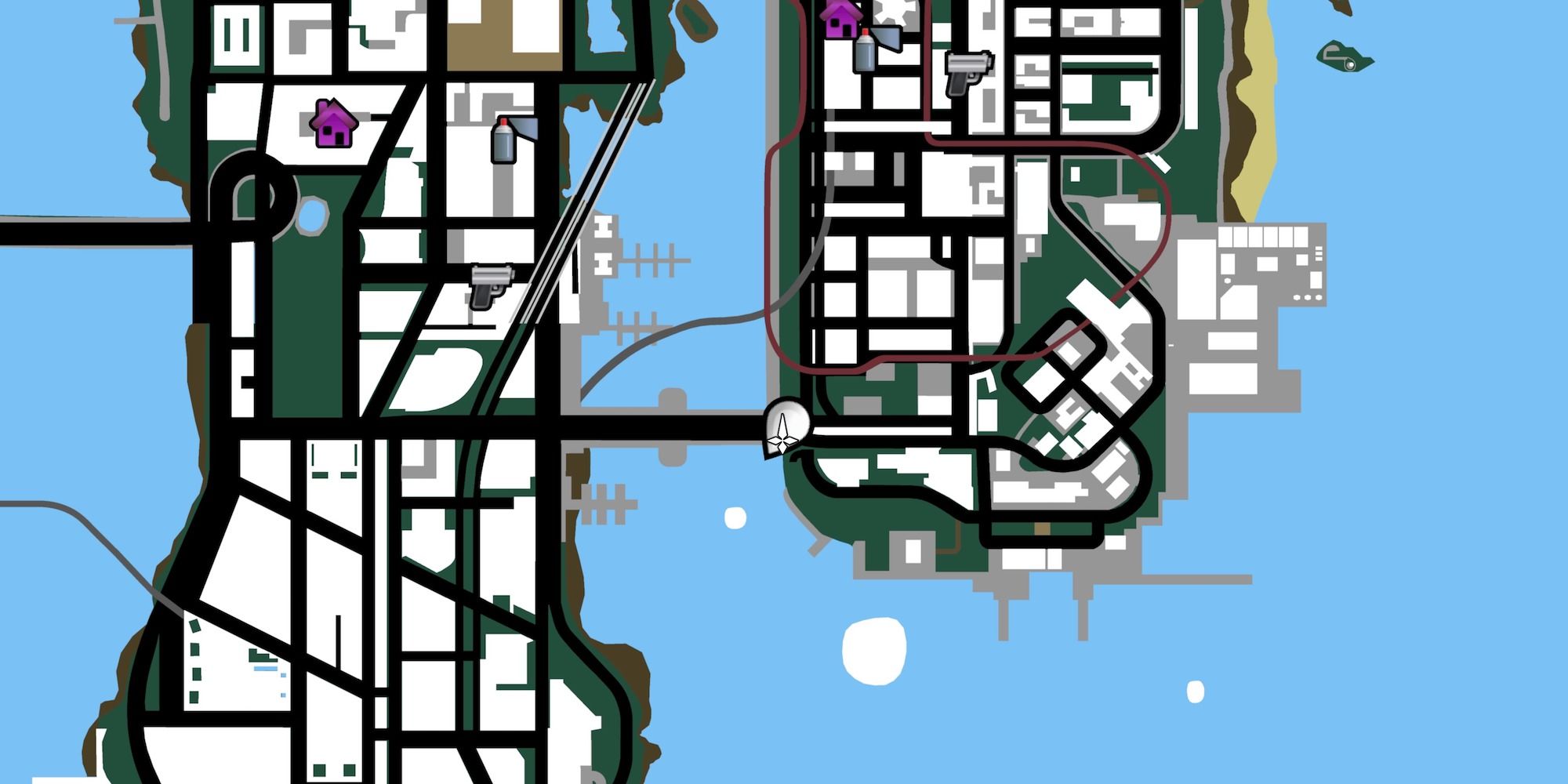 Then, go on the bridge and the next ramp is marked by yellow and black stripes. Similarly, you need quite a long run-up to successfully make the jump. 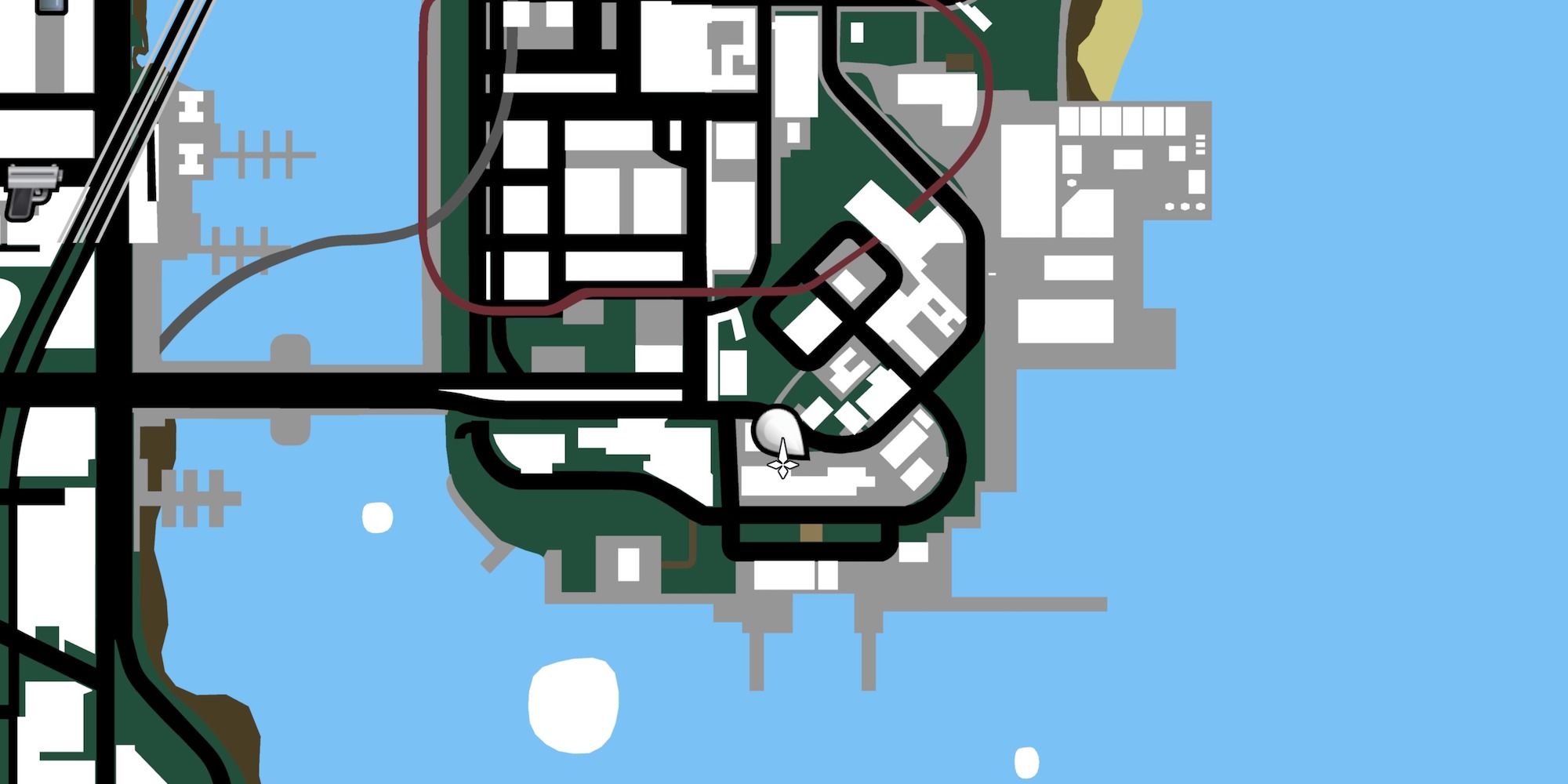 Go south of the garage where you take missions from Joey. This ramp is a little tricky because you have to drive through traffic to make the jump. It might take a couple of tries.

Jump Over The Trailers 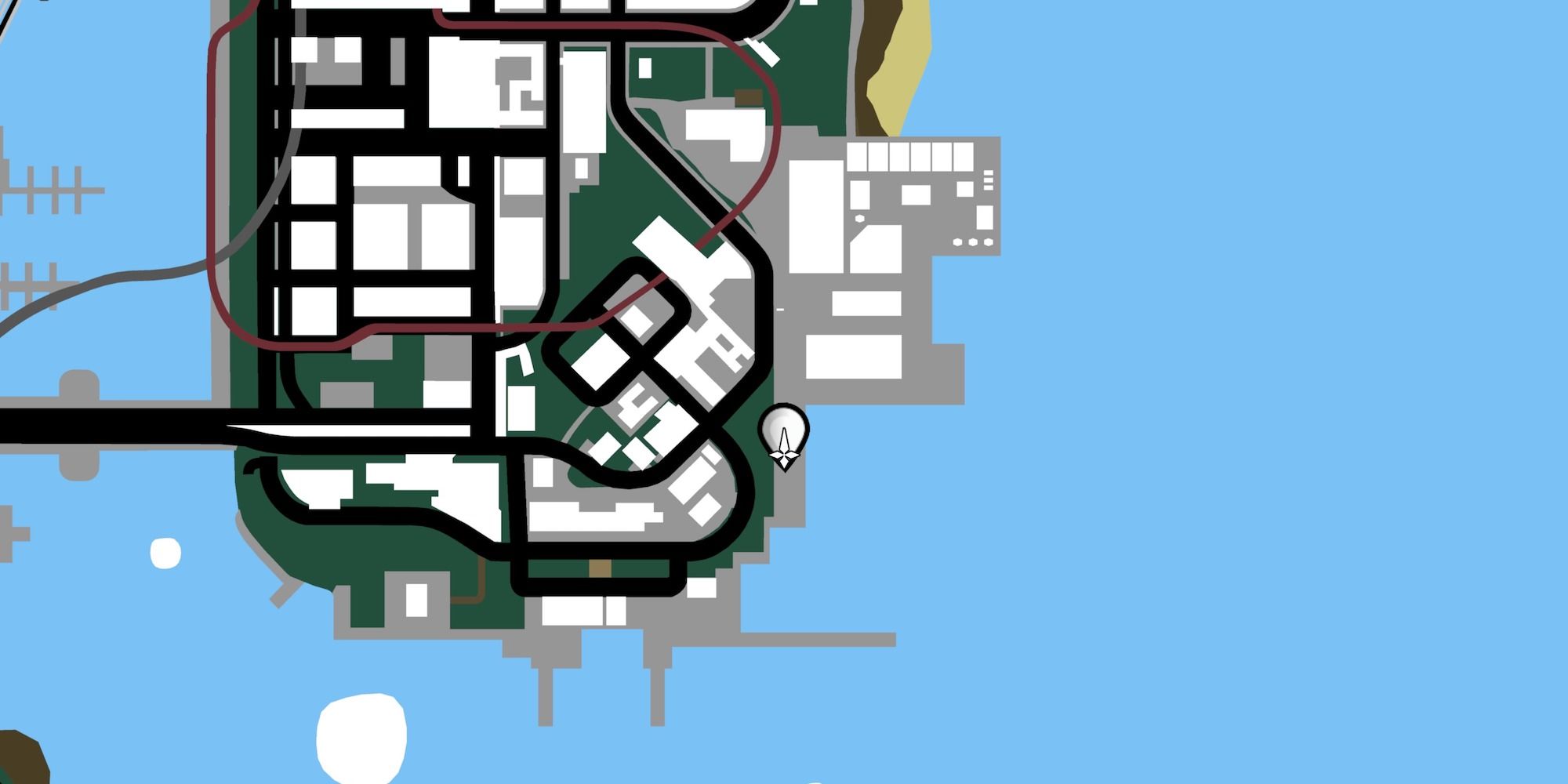 To the east on the docks, there are a bunch of trailers. You have to jump over these but be careful not to overdo it. You might have to break immediately after landing.

On The Southern Pier 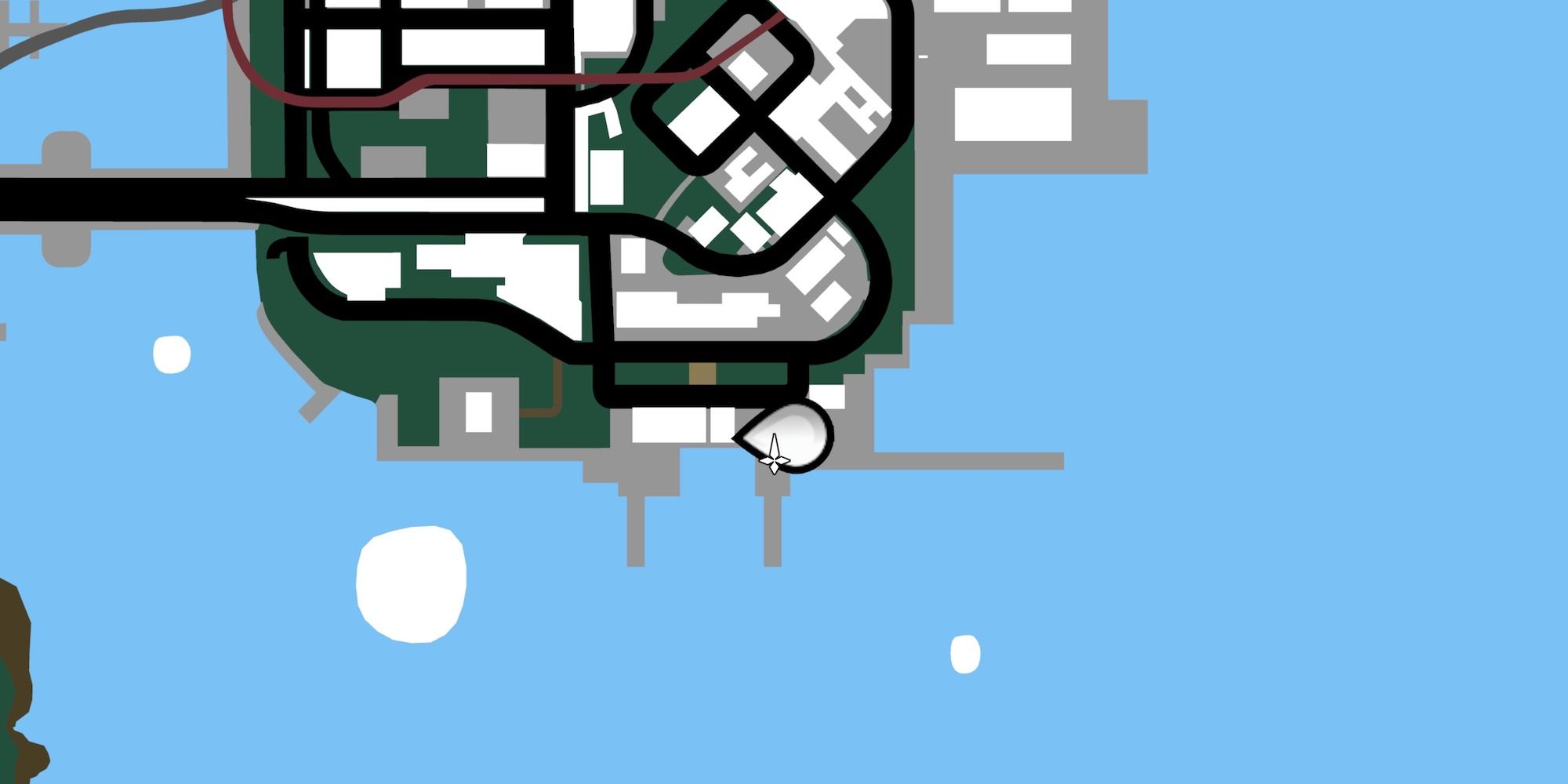 The last two jumps in Portland are close together. Go to the southern Pier to find the first of these. You have to jump over the warehouses. Use the whole length of the pier to gain enough speed.

On The Opposite Side Of The Last Jump 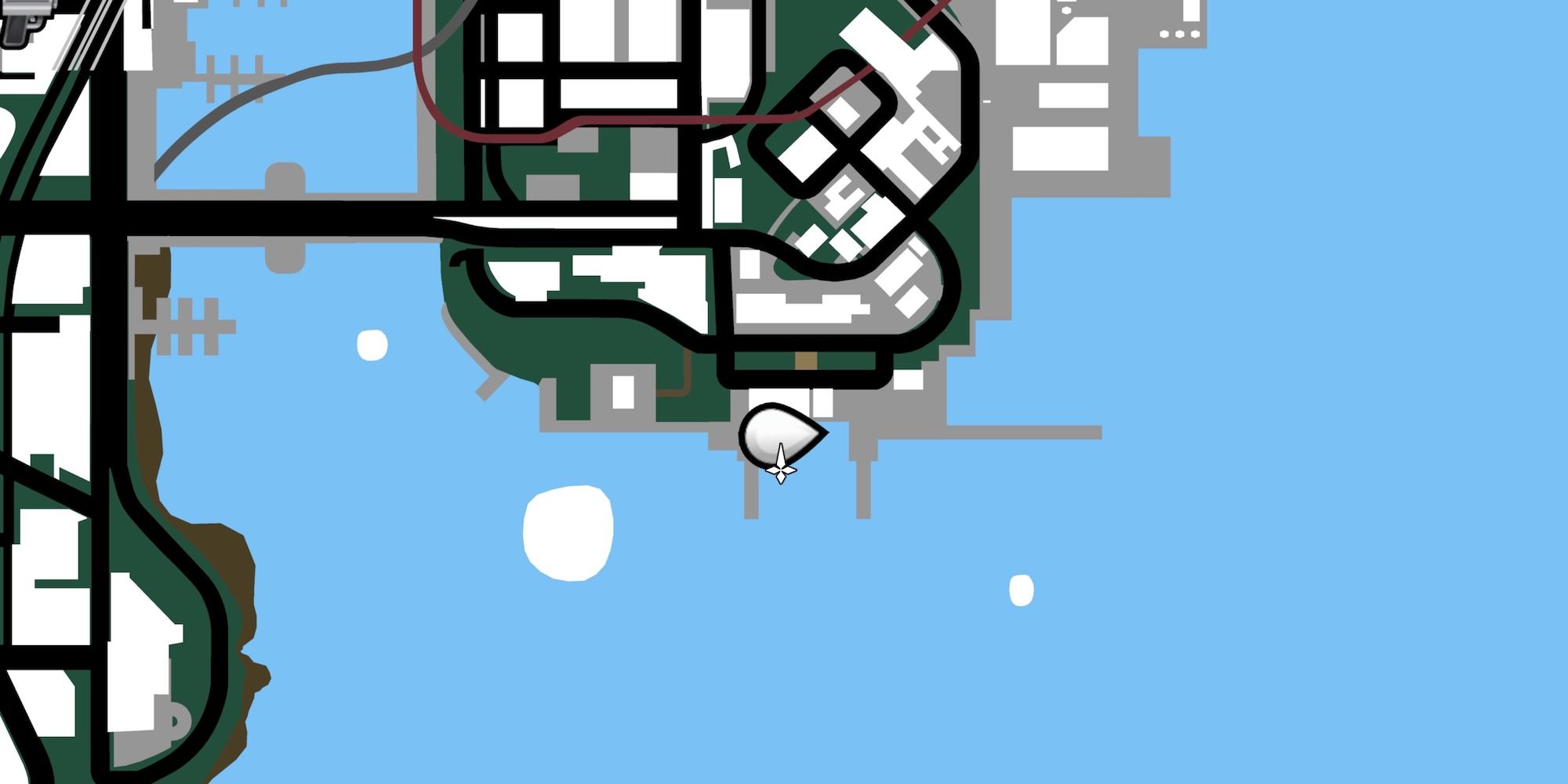 The final jump in Portland is on the other side of the last jump. The lump of sand serves as a ramp and the jump is not as big as the previous jump.

Under The Bridge Into Staunton Island 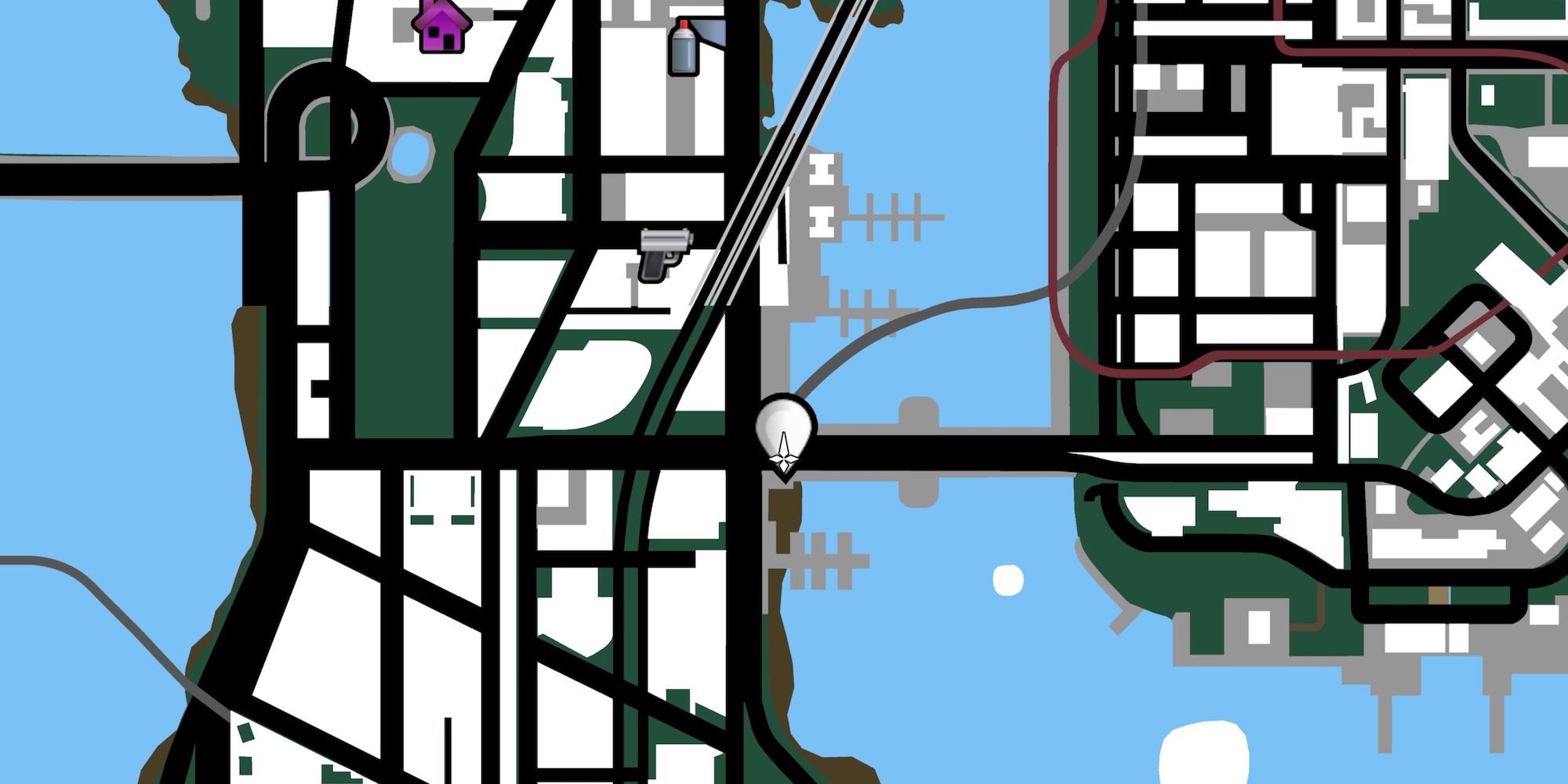 Head over to Staunton Island and then underneath the southern bridge to find a dirt pile. The jump here is small so you don't need a big running start. Even if you cannot break after landing, as long as you land the jump it is completed.

North On The Overpass 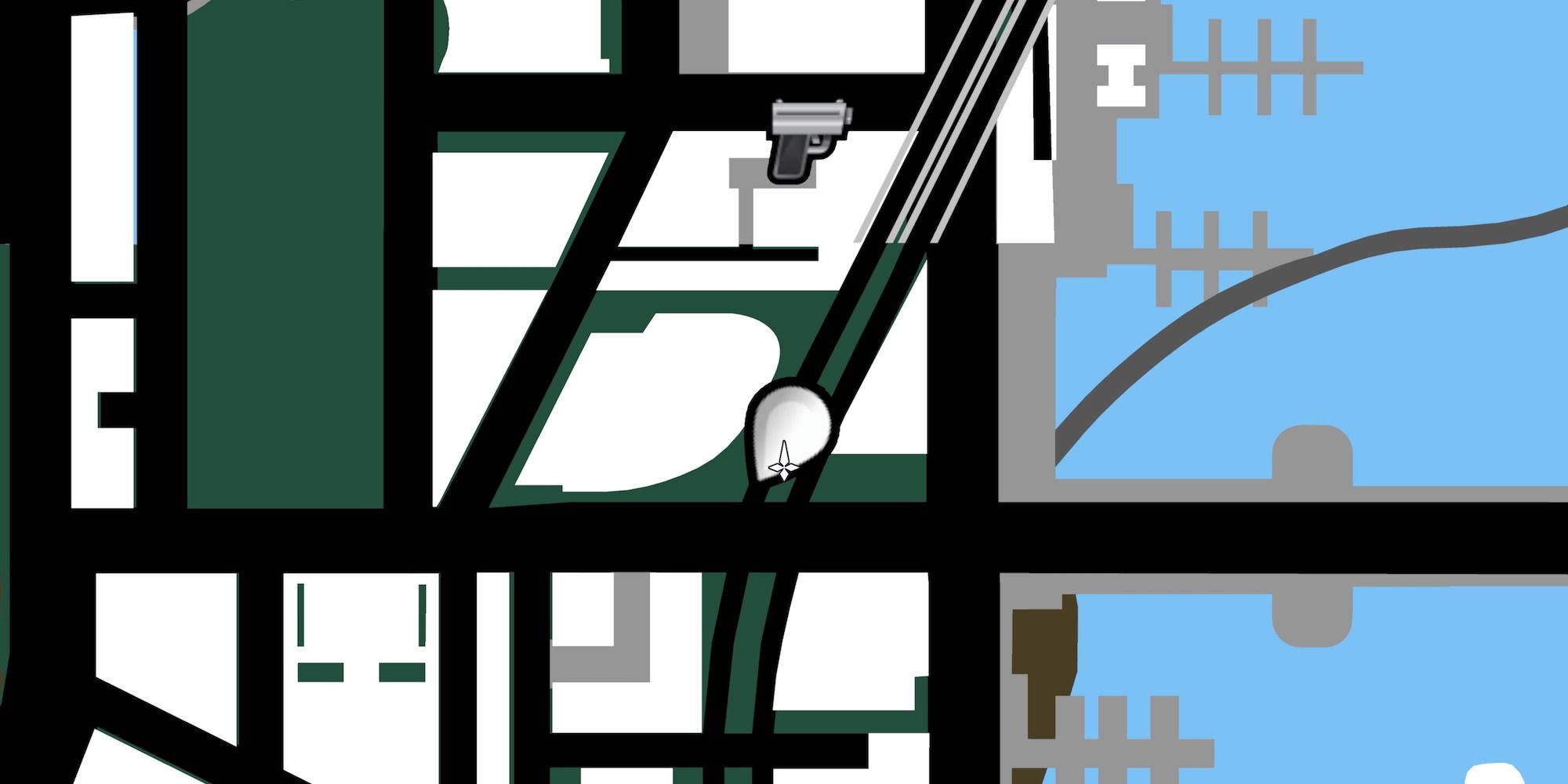 Head north and find the next jump between the two lanes of the overpass. The ramp is green grass.

On Top Of The Parking Garage 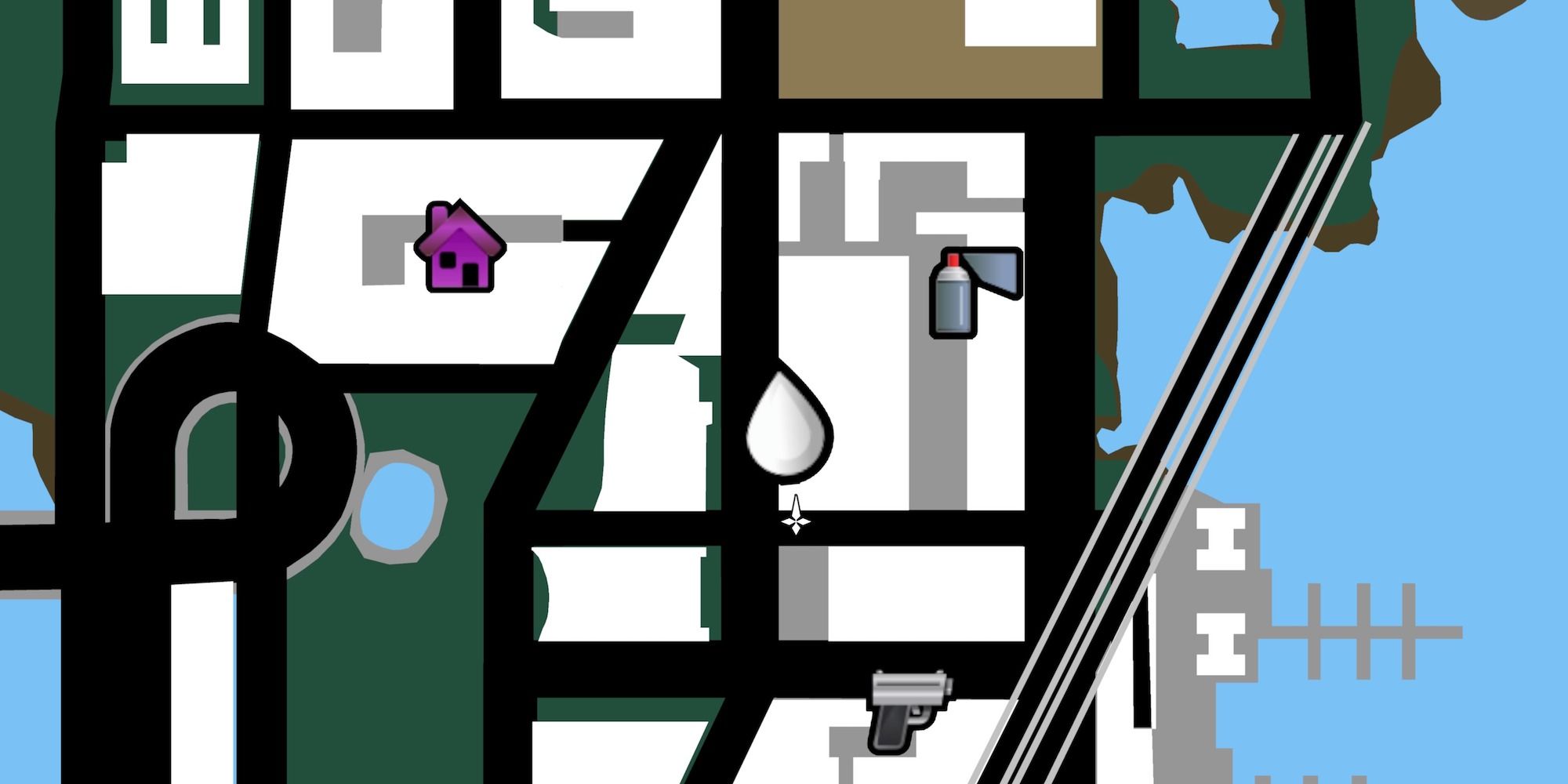 To the northwest, there is a parking garage. Head to the top of it and in the corner there is a ramp you jump off to reach the street.

In The Internet Cafe 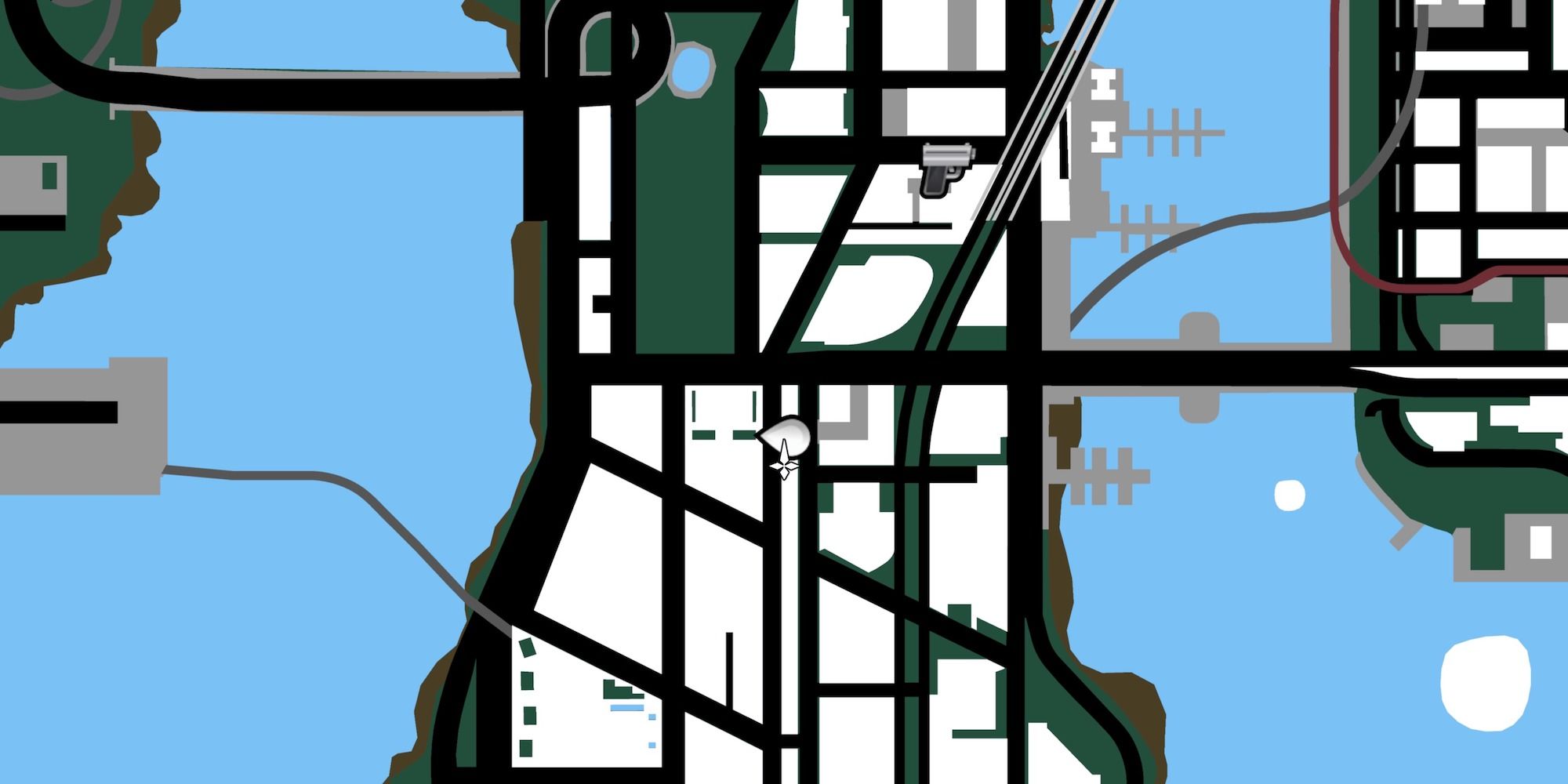 Head south and the next ramp is inside the internet cafe. The stairs are the ramp and you need a bit of a running start to succeed.

Jumping Over The River In Shoreside Vale 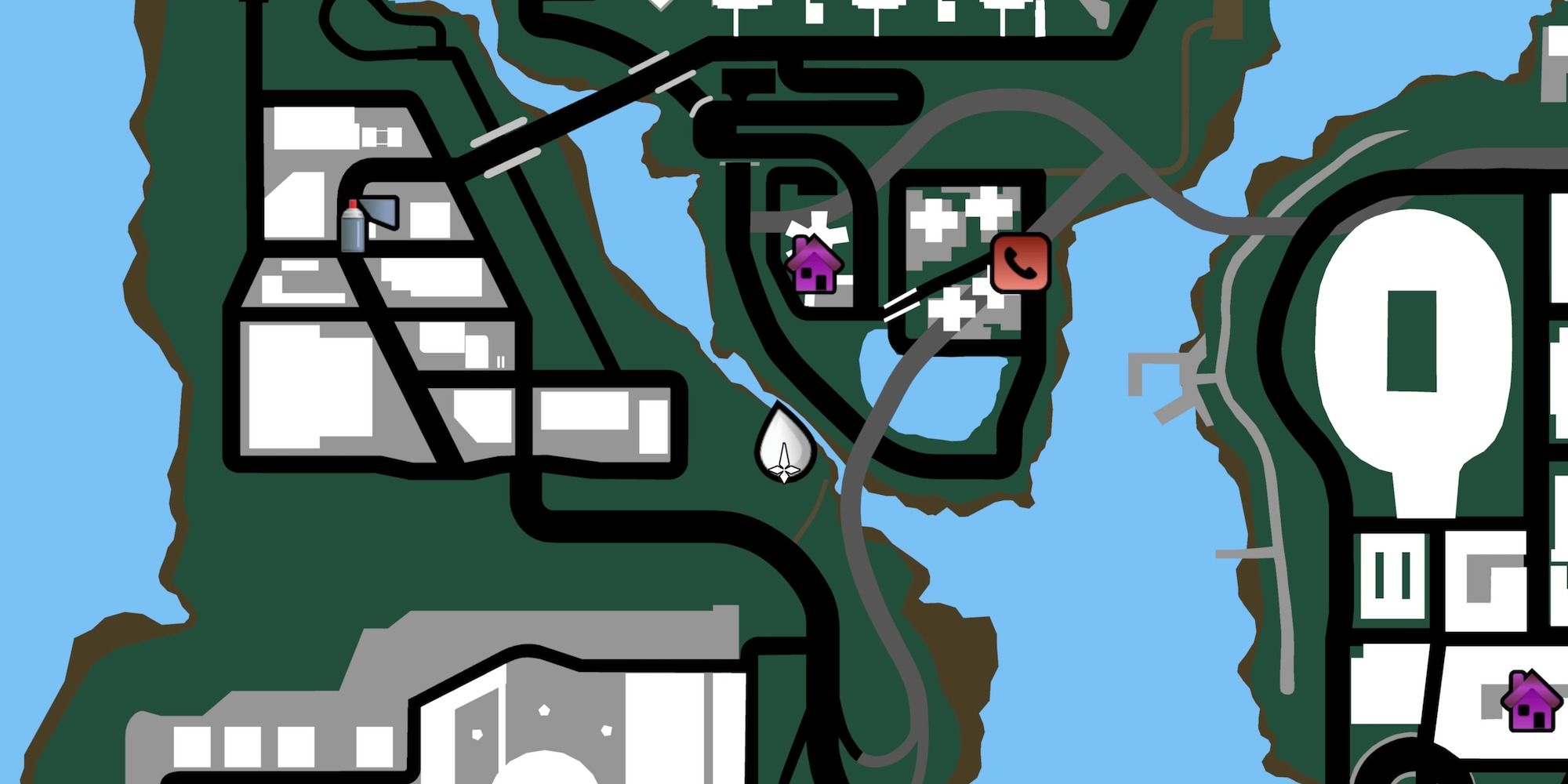 Head to Shoreside Vale and slightly to the north there is a wooden ramp with a curve. Do the jump and make it over the river to complete the jump.

Back Over The Same River 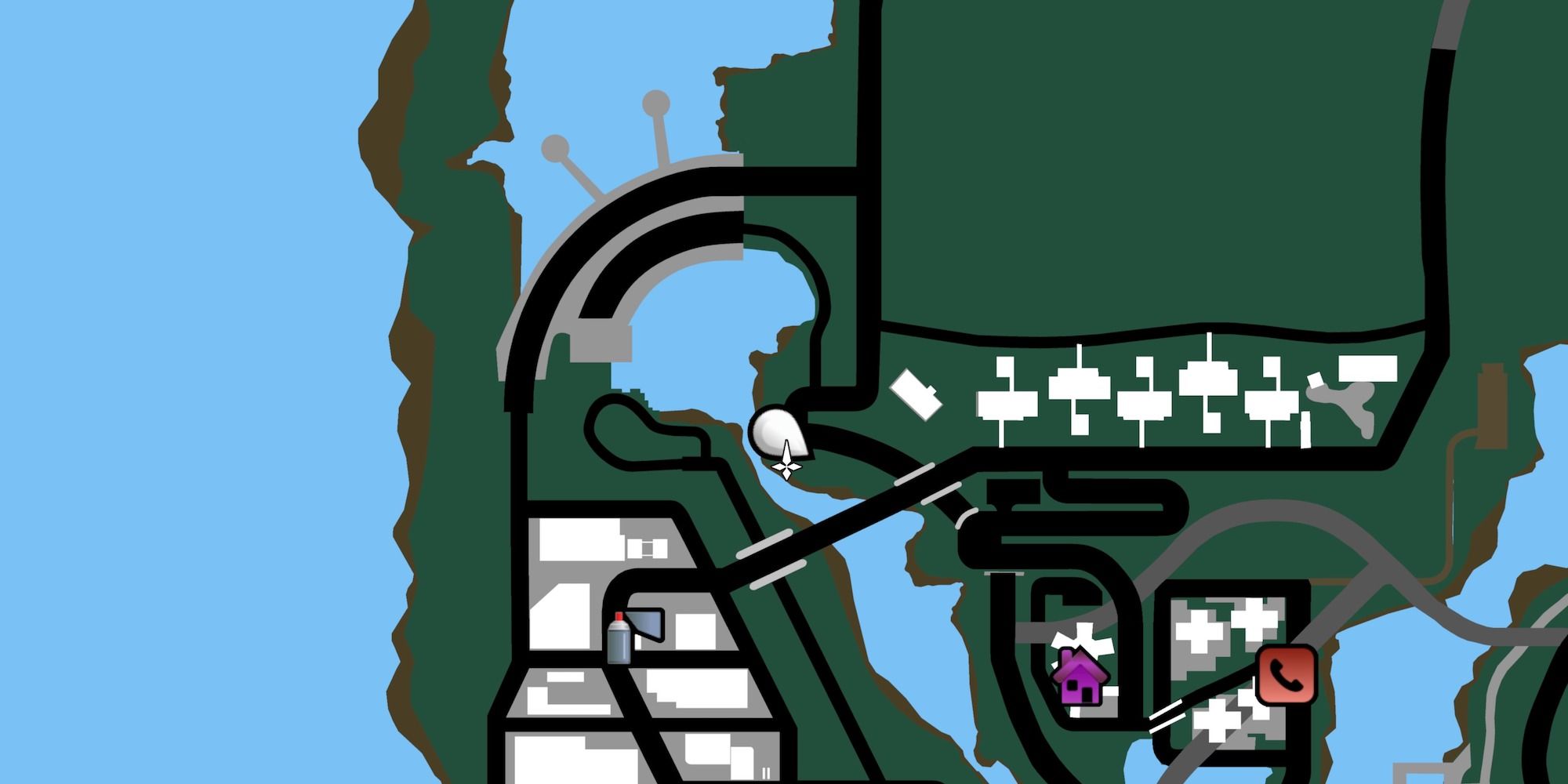 Head north along the river and the next jump is a dirt ramp heading back over the river.

In The Parking Lot 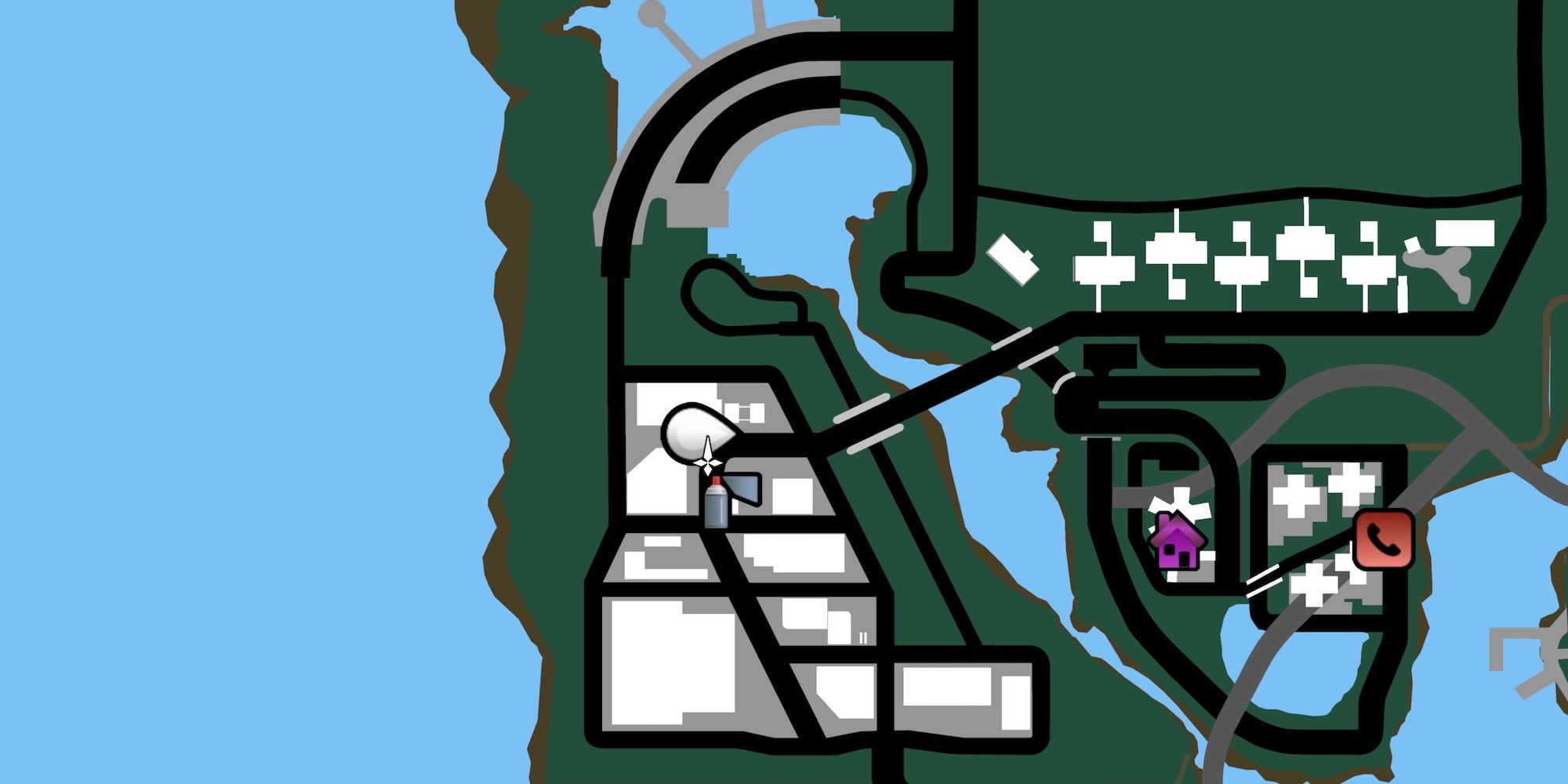 Go to the industrial area and the jump is in a lot. There is a mission later on that takes you right to this area. 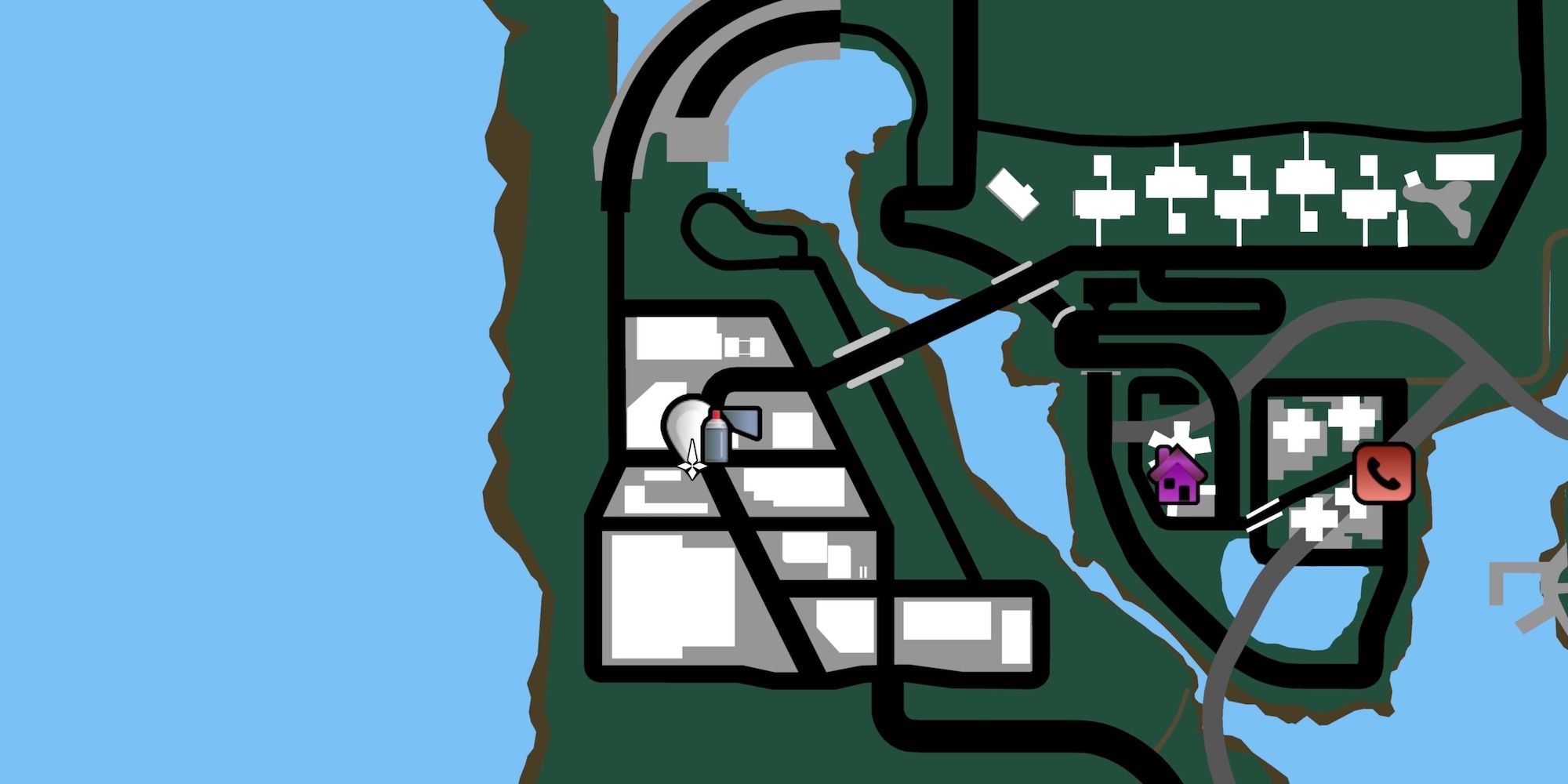 The next jump is close by in an alley. Successfully making the jump is not so easy, since you need to land behind the fence below and not in the street. 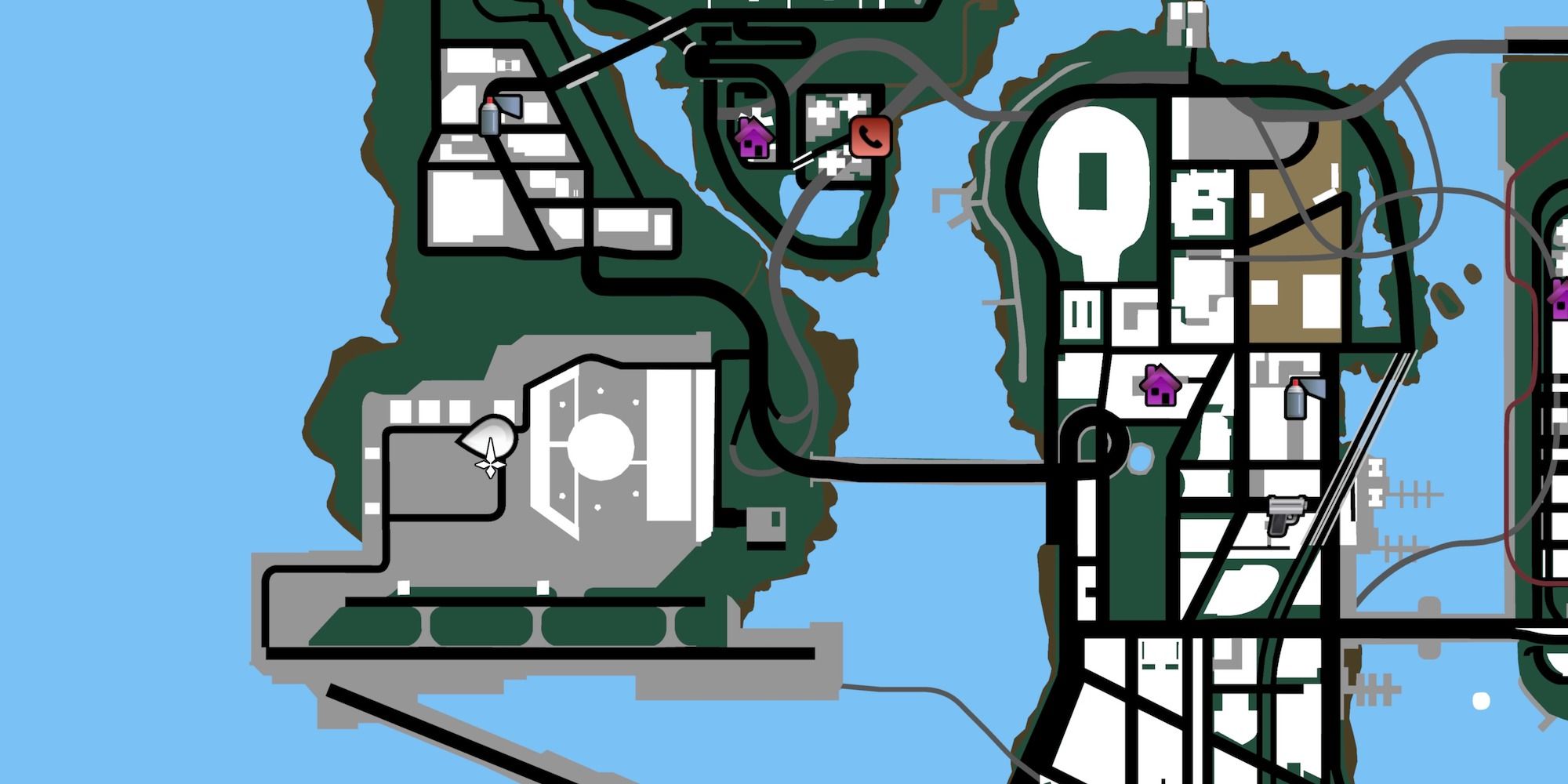 The last four of these jumps are in the airport. The first of these is right as you drive into the runways. There is a staircase here you drive up to jump over a plane.

Ramps To The West 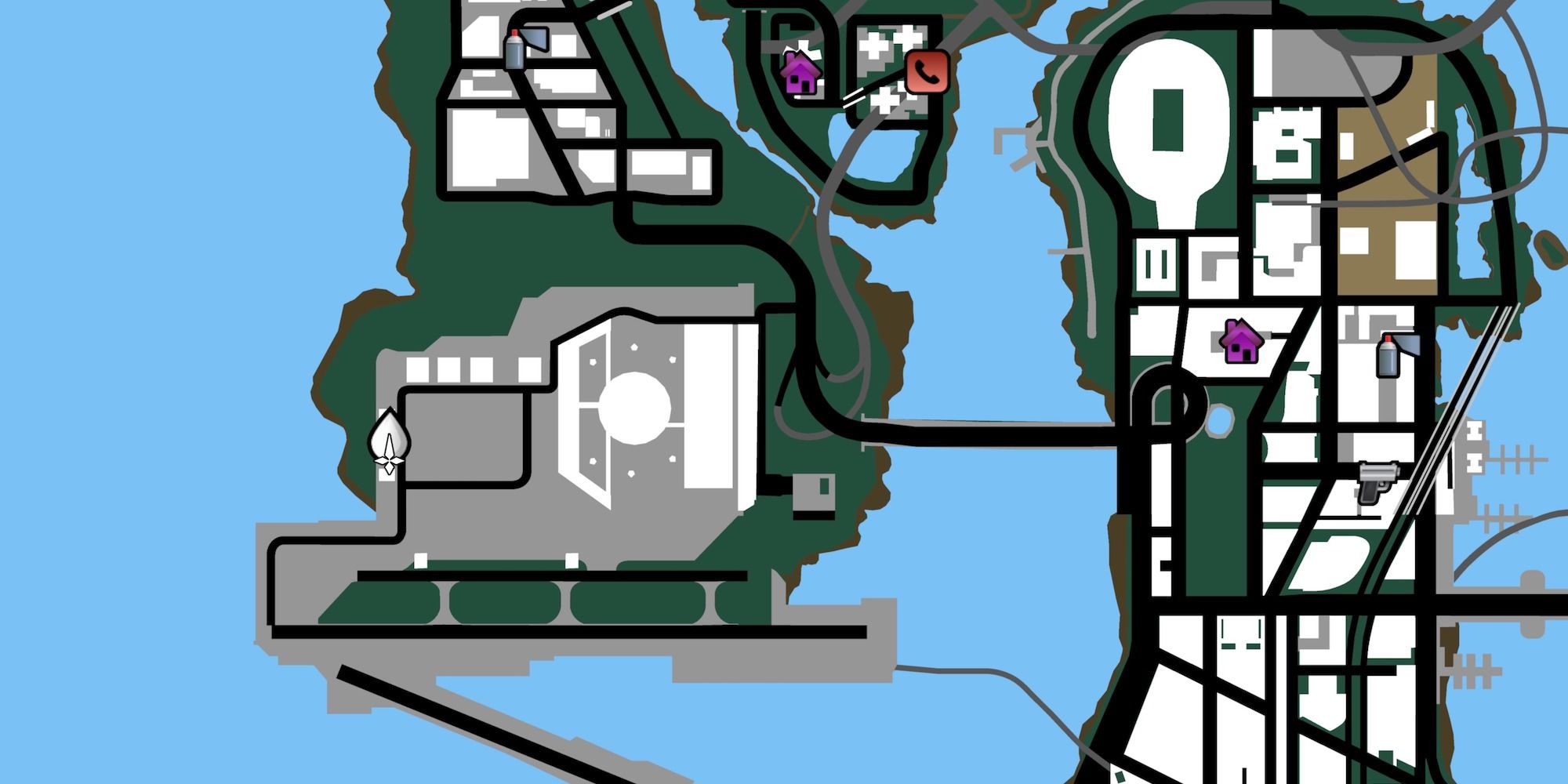 Go west past the last jump to find the next one. You have to jump over the hangar, which takes a small headstart.

Clearing The Other Hangar 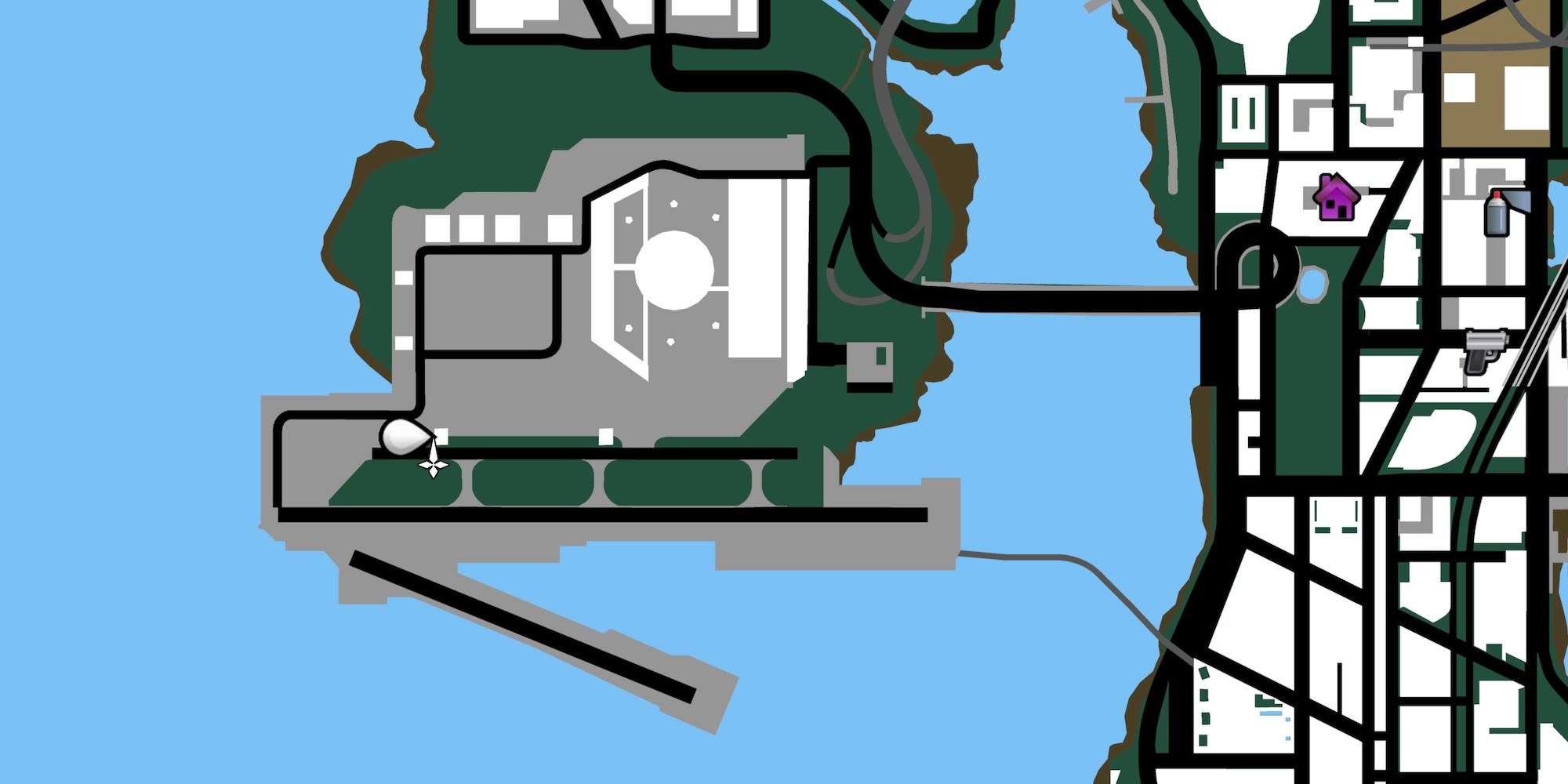 Go south of the last jump to find the next one. It is a similar setup, requiring you to clear the hangar.

East Of The Last Jump 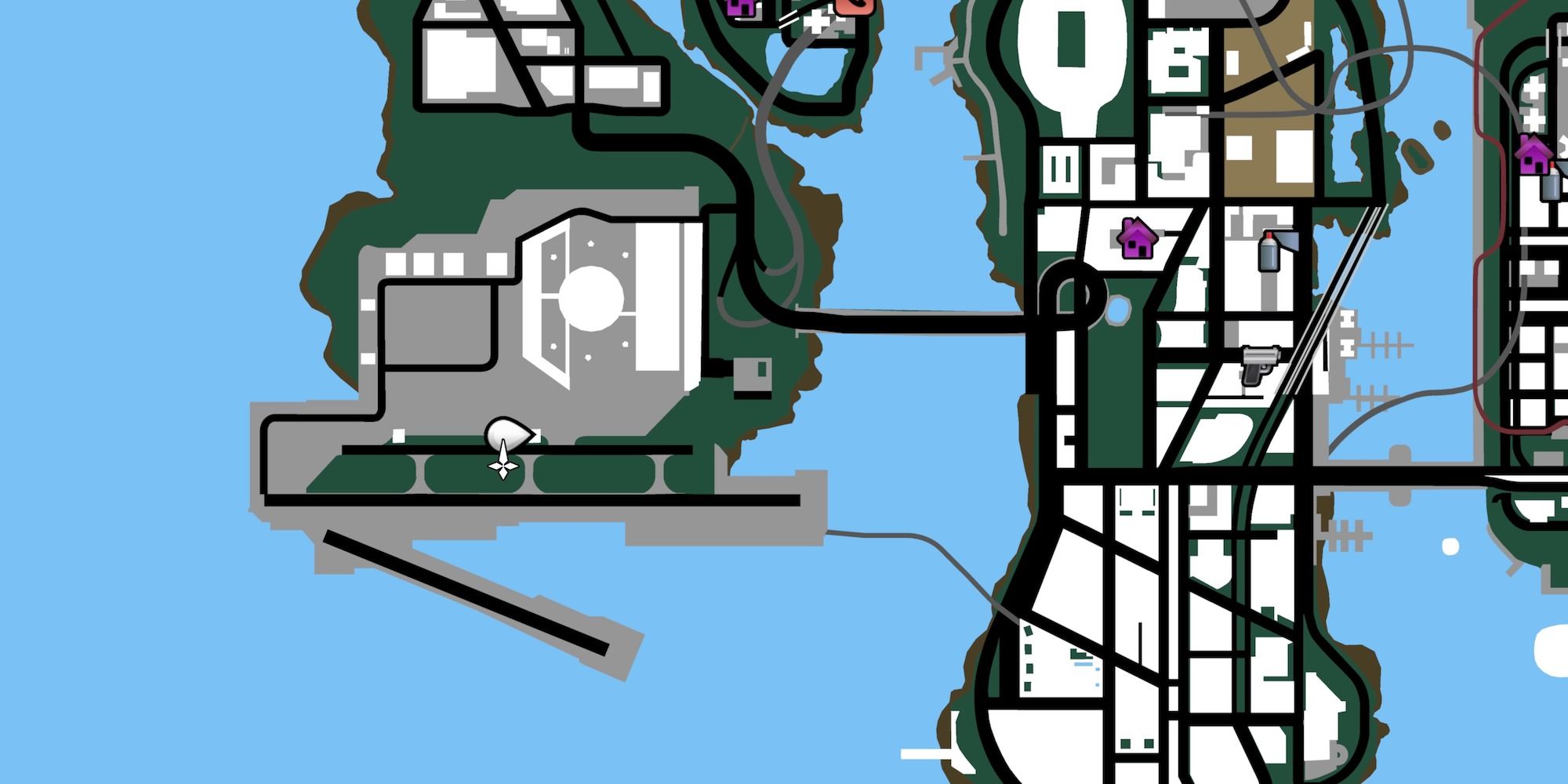 Yet again you must jump over a hangar using those concrete ramps. If you successfully completed all the other jumps prior to this, you will have unlocked a trophy and a huge extra sum of cash.