Interested to discover the best open-world build for your Willbender Guardian in Guild Wars 2? You've come to the right place, pull up a stool, and learn all about how to turn your Guardian into a tsunami of steel.

The Guardian is a very capable class in the Guild Wars 2 Meta, as they can fulfill a variety of roles and also come out of the box with a ton of support and utility for their group. The Willbender however, is an excellent elite specialization to spec into for the open-world as it has very capable damage and sustain. The Willbender is a very mobile and hard-hitting martial arts master. They take the support nature of the guardian and invert it to become a more self-focused damage dealer. We'll be covering a very good open-world build configuration for the Willbender, allowing you to go from one enemy to the other and dispatch them in quick succession.

The Willbender gives the Guardian the option to wield a sword in the offhand and alters the normal virtues that offer passive buffs and occasional stronger boons when activated. Your virtues become movement-based, activating them briefly enhances your attacks. For example, activating Rushing Justice (default keybinding is F1) will dart you forwards and give your consecutive attacks the ability to cause burning status effects.

There is an optimal DPS meta in most games and Guild Wars 2 is no exception. While you might have to shuffle things around in group content, in the open world you can use whatever weapons you like. Just keep in mind that weapons in GW2 usually support a specific play style, on a guardian torch and scepter support condition damage, whereas a greatsword does power damage.

The Best Willbender Traits For Open-World 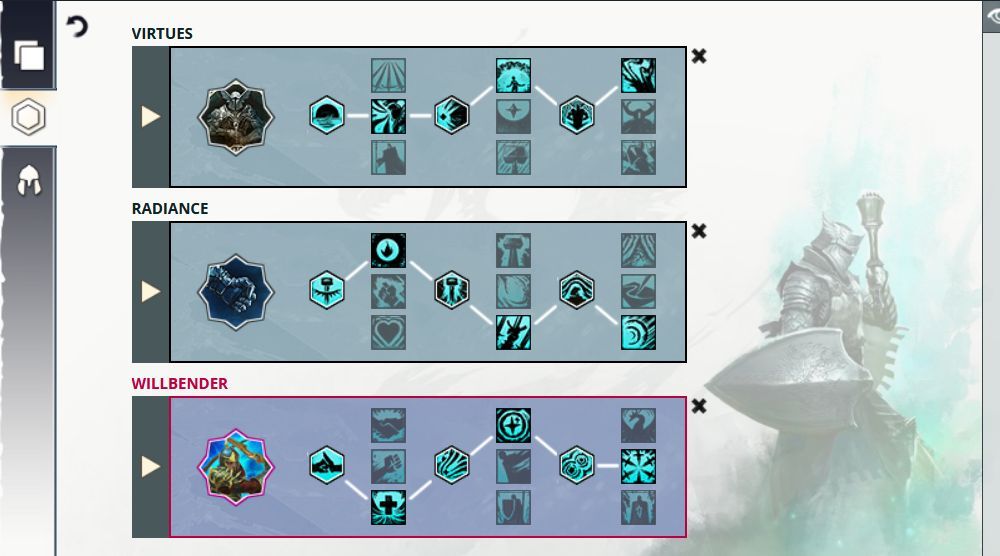 While there are lots of very good builds out there for a Willbender – there are excellent options for both condition and power damage, plus there are also a few good alacrity builds, there seems to be a bit of a dearth of builds for casual players that just want to smack things in the open world and stay alive. Putting Berserker's gear on your squishy Willbender is a good recipe for frustration if you're a newbie. Why so? Guardians are a low health point pool class, as they're more known for supporting their allies – they don't have the raw tankiness of a Warrior or Necromancer.

We'll be leaning into the class fantasy for the Willbender here, and with these trait selections you won't be topping the damage charts, but you'll have a blast slaughtering critter after critter in the open world. We'll go into the details and gear selection of the build below. Starting with…

You'll start by picking out the following traits in the Virtue line – Resolute Subconscious, Inspiring Virtues, and Permeating Wrath.

The perks you get for putting points in Virtue also give you the following bonuses:

In the Radiance line, you'll be grabbing the following: Inner Fire, Retribution, and Righteous Instincts.

These are the bonuses you'll get just from putting points in the Radiance trait line:

This trait line gives us the Willbender mechanics and access to the offhand sword, you'll be selecting the following traits – Conceited Curate, Holy Reckoning, and Tyrants Momentum.

These are the free bonuses you get for specing into Willbender:

That's it for the trait points – these all at synergistically to provide you with tons of buffs and boons, and we'll be taking full advantage of that with our gear selection. 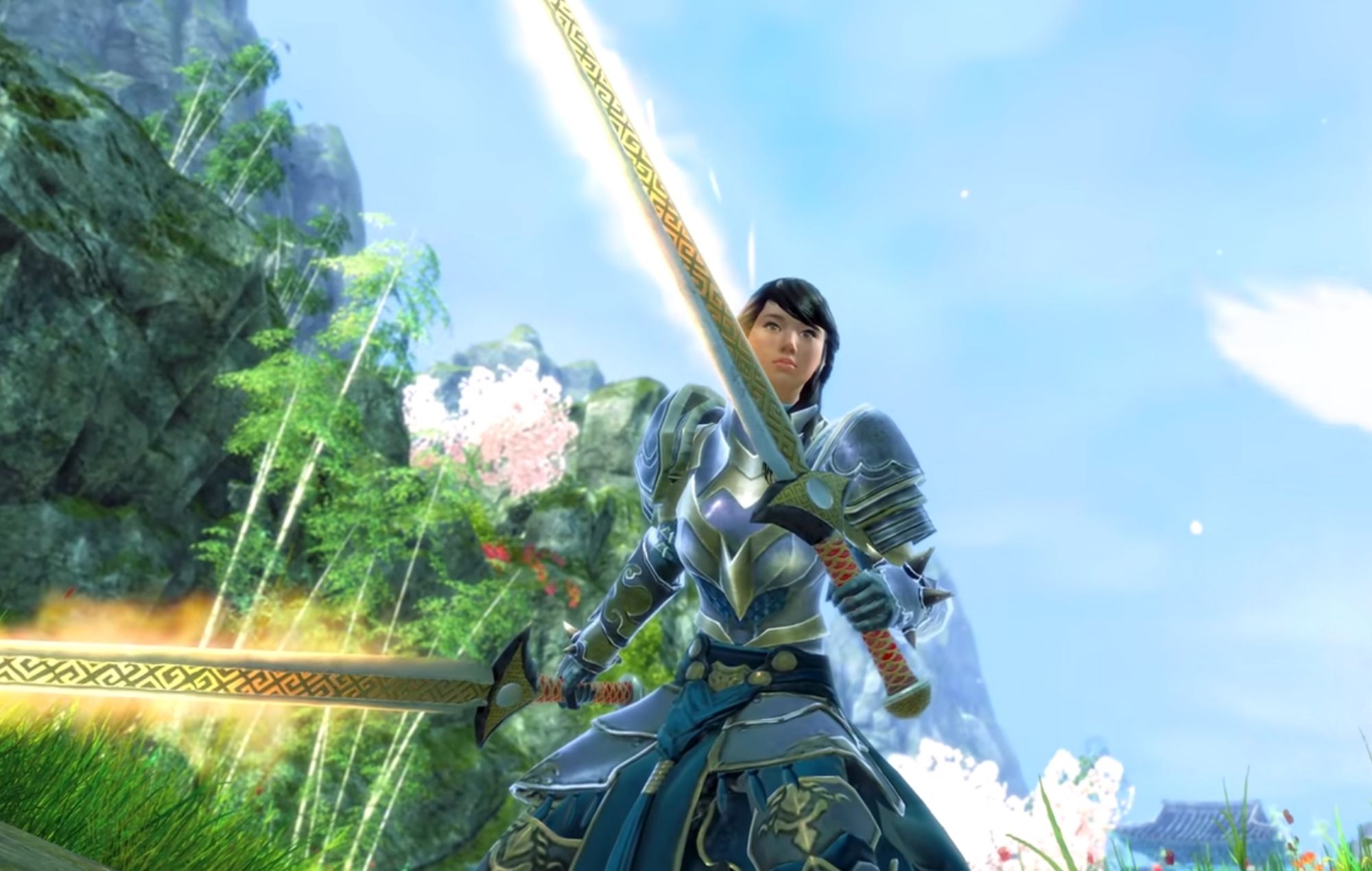 The gear stats we'll be using are incredibly simple – you'll be using Diviner's gear (Power, Precision, Ferocity, and Concentration) in every slot, so that's weapons, armor, and jewelry/trinkets. Why Diviners? It gives us damage-focused stats to hit hard but considerably increases the duration of the boons you give yourself – which are incredibly important to the build effectiveness, with this gear you'll have near one hundred percent uptime on fury, resolution, and might.

For your weapons sets – you'll be using a main hand sword and offhand sword, and you can use a greatsword as a secondary weapon.

For armor runes – it's up to you but Infiltration (bonus to power, precision, and strike damage) is recommended.

For your weaponry – superior sigil of Blood and Generosity are fantastic options.

While Diviner's gear is fantastic for the open world it's probably not going to work so well in raids (it might do alright in fractals, but it depends upon how open-minded your group is).

For your utility slots you'll be using the following:

Bear in mind that these are just suggestions – if you think there are better choices by all means slot them in.