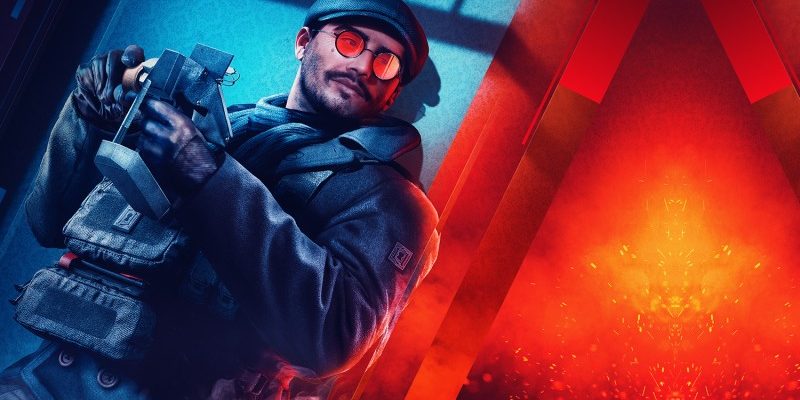 Rainbow Six Siege: Crimson Heist is the upcoming season that’s kickstarting the game’s sixth year. Alongside the arrival of this update comes a brand new attacker named Flores, an Argentinian operator who commands a remote-controlled explosive drone called the RCE-Rotero Charge. This new gadget is armed with a 10-second fuse timer or can be remotely detonated to destroy enemy gadgets or counter defensive utility. On top of the game’s new attacker, Crimson Heist introduces an all-new secondary gadget called the Gonne-6. This pistol has the capability to breach soft walls and can destroy bullet-proof equipment; however, players will have to make their shot count because the Gonne-6 can only fire one bullet.

With the arrival of Rainbow Six Siege Year 6 comes Border, a fan-favorite map that has been completely reworked. While the level has received several subtle changes like a reduced number of soft walls and entries, the most significant change comes in the form of an interior balcony that connects the break room to the East staircase. Additionally, the Border rework includes a new exterior staircase and an extension to the map’s bathroom that now connects it to the teller’s office.

Crimson Heist is only the beginning of Rainbow Six Siege Year 6, and Ubisoft has stated that there will be sweeping changes made to the game’s core gameplay later in the year, including opportunities for post-death participation, the ability to swap attacking operators during the match’s preparation phase, and a less-ambiguous presentation of operators’ armor and health ratings.

Watch the video above to hear all of our preview impressions from our time with the new season and to get your first glimpse at Rainbow Six Siege: Crimson Heist gameplay. If you enjoyed this video, be sure to subscribe to the Game Informer YouTube channel.