The world of Harvestella is vast, with a story that’s just as gigantic to go along with it. You’ll go everywhere, from the gorgeous mountaintop forest of Higan Canyon to the depths of the Coral Shrine and even to space. But that’s not where the game ends. There is much more to do that will be just as entertaining as the story.

Not only is there another story to complete that involves all your companions that you’ve met along the way, but in every town and area, there are side quests to complete and enjoy. And, if you’re a completionist who needs to collect or do everything within the game, Harvestella has plenty of content like that to satisfy those needs.

10/10 Complete All Side Quests 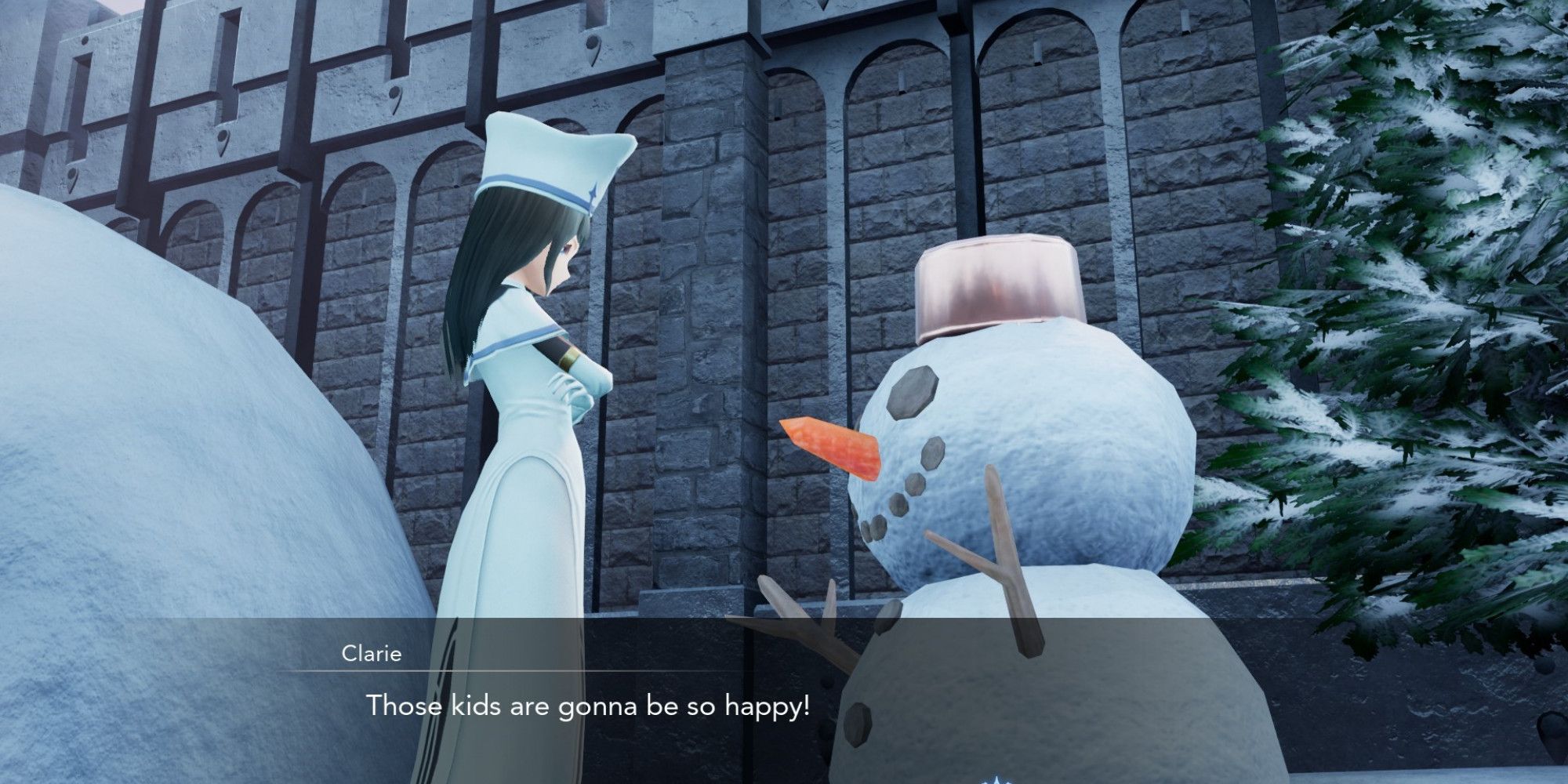 Side quests are an important gameplay factor in Harvestella, with every town having a variety of problems that need solving. Each side quest is unique, with its location, characters, and gameplay factoring into how the quest will play out.

On top of all that, they typically reward thousands of Grilla and various rewards. Some rewards can be seeds for your farm, mining materials for upgrading weapons or crafting new machines, and gathering materials for cooking that are needed to continue building upon your farm. 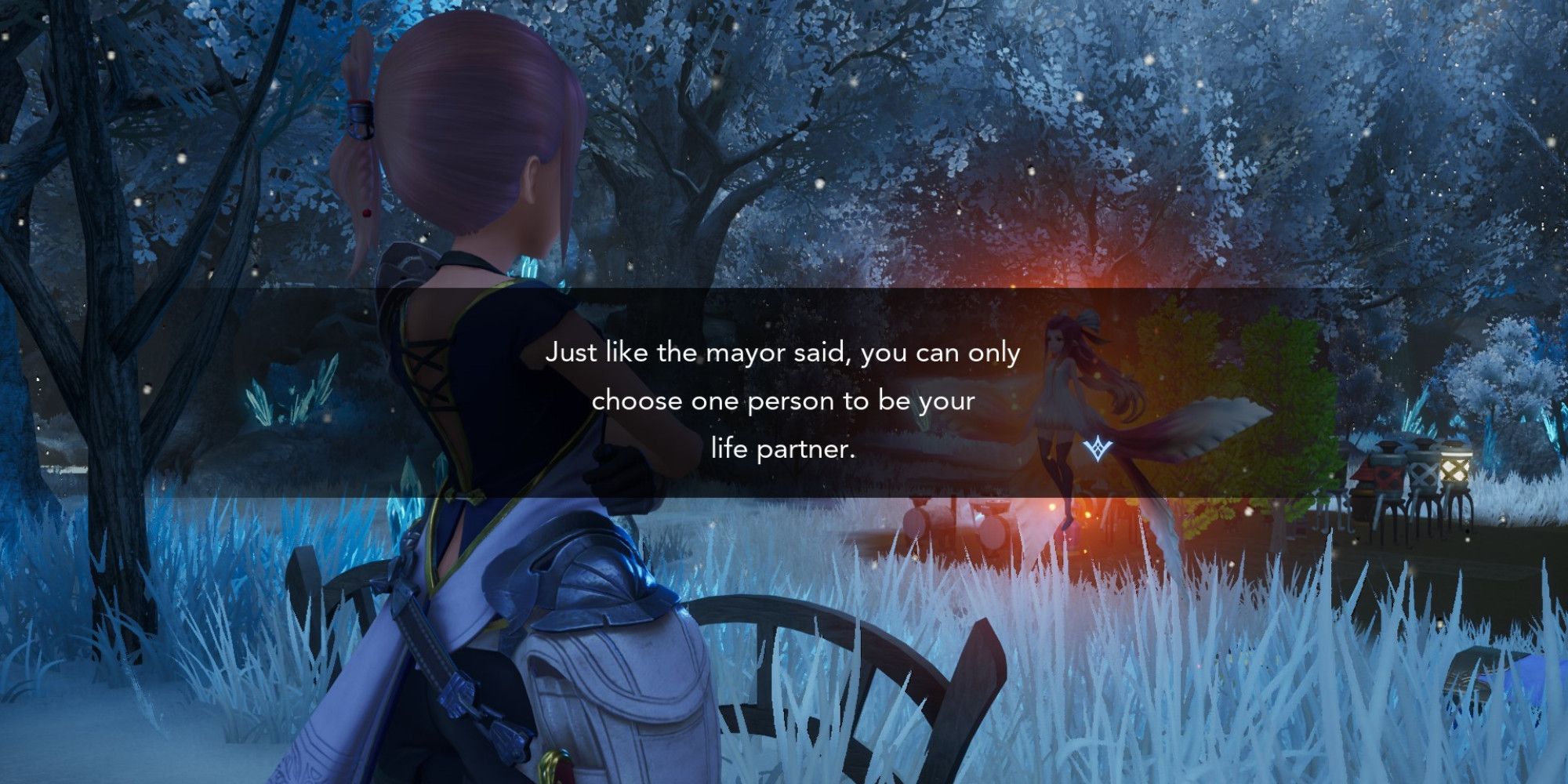 In Harvestella, along with the main storyline, you discover companion characters who can fight with you. To increase your companions’ strength and learn some backstory about who they are and their motivations, you can go on companion story missions.

It’s worth doing each one as rewards are distributed based on who they are, like Emo the Siren dropping Lorelei’s tears. But, after completing every companion’s story, you’ll get the option to marry/partner with whomever you choose so that they can come live in your house. 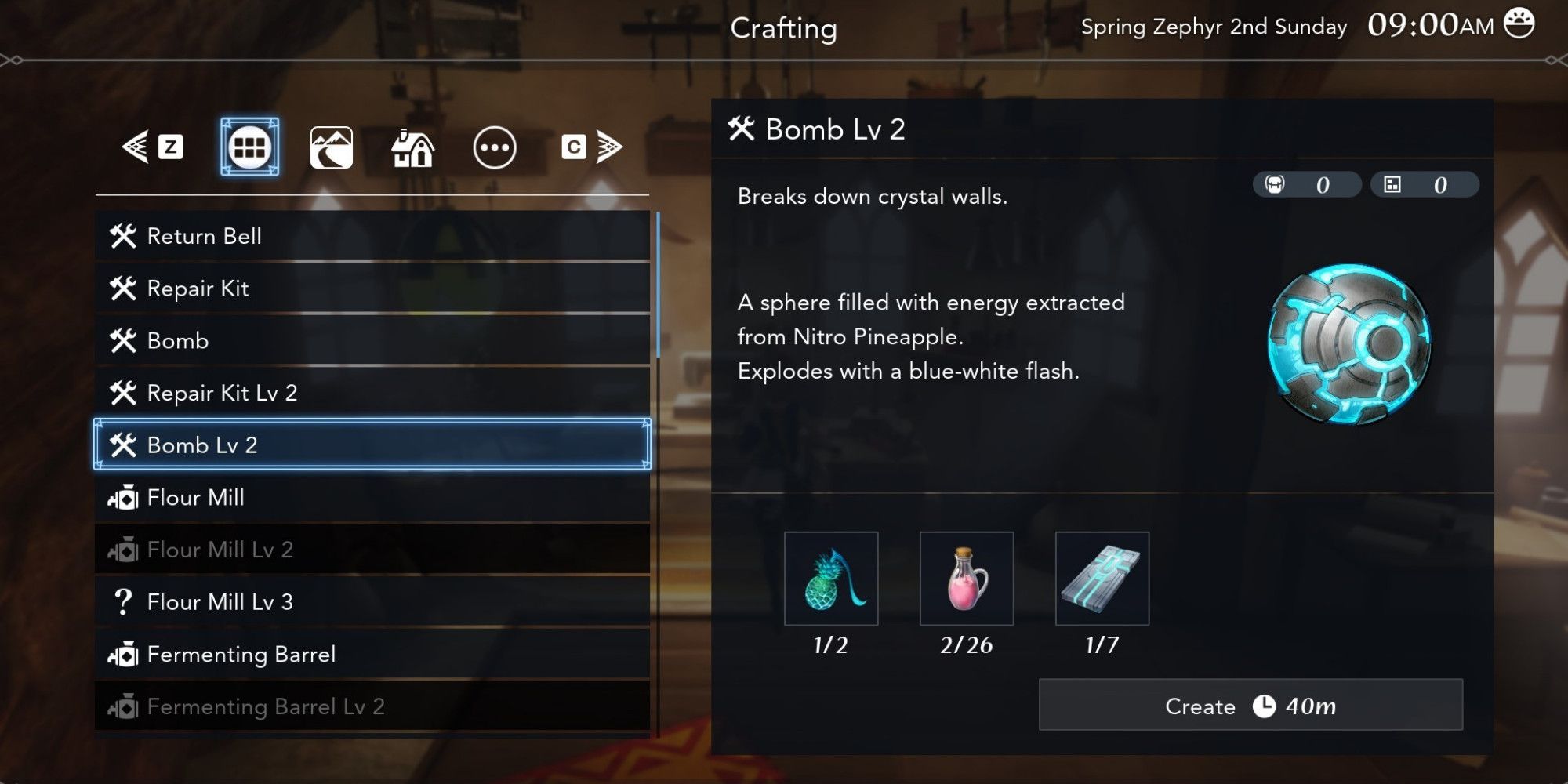 One thing you’ll notice as you progress through each level of the game is an abundant amount of areas that require a level one or two repair kit or bomb. The normal level one kit and bomb can be discovered as you naturally progress through the game, and the areas you unlock will have various standard rewards.

However, the level two kit and bomb are locked after discovering Abandoned Eden and will have various high-tier rewards as well as new FEAR monsters to unlock. There are plenty of these areas in each level, so it’s essential to go through and comb each area to reap all the benefits. 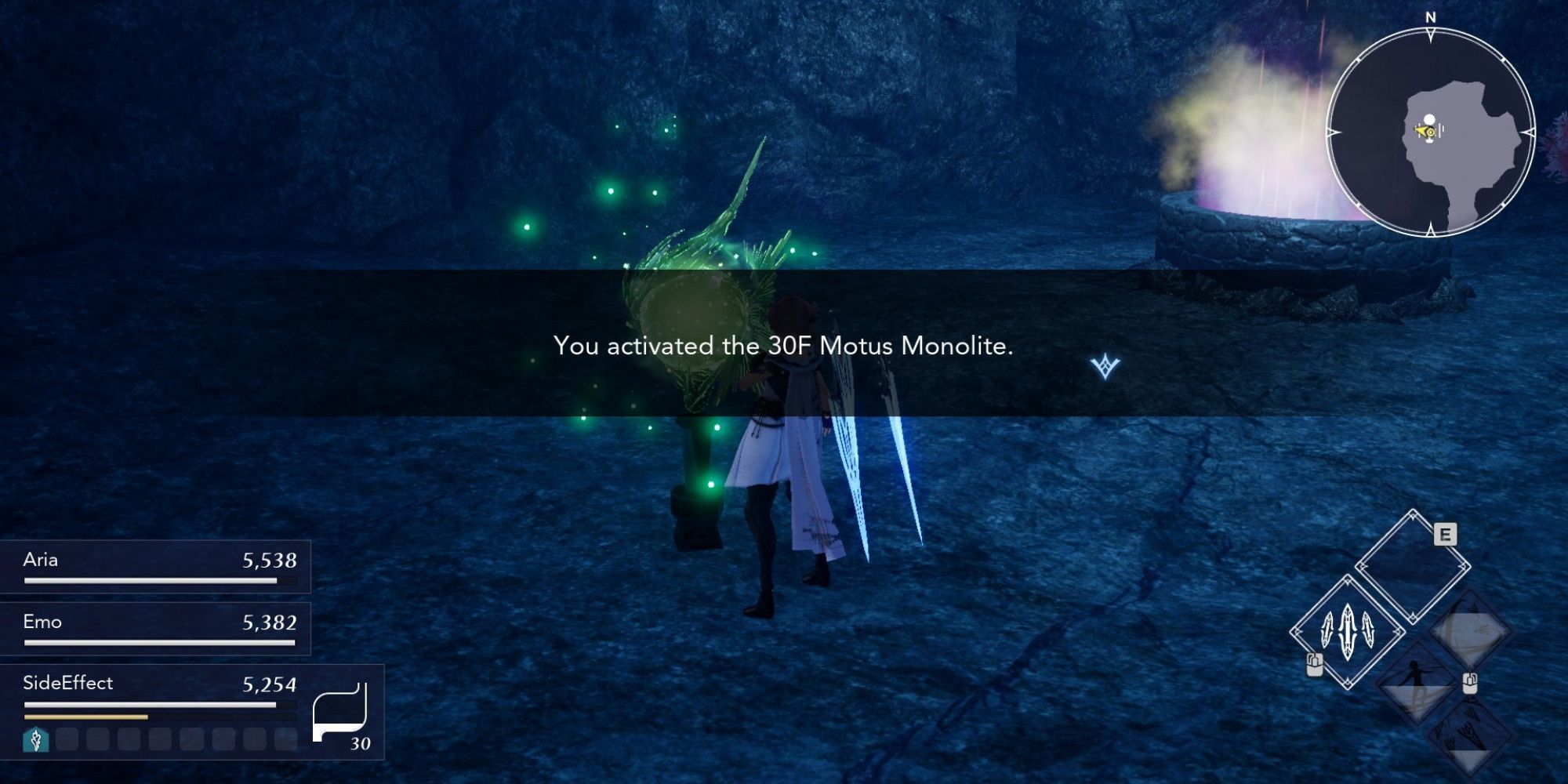 During every Quietus, the existence of the well is brought forth to the player as you’ll see it shining in a dazzling pink/purple light near the back of your farm. If you’re unable to complete it before finishing the game, don’t worry because you can enter the well permanently after Quietus is removed from the adventure.

As you progress toward the bottom of the well, better loot in the form of chests and corrupted materials is dropped. However, higher-level monsters and FEAR enemies will also appear to challenge your current level and give an excellent way to level up faster than grinding out lower-level areas. 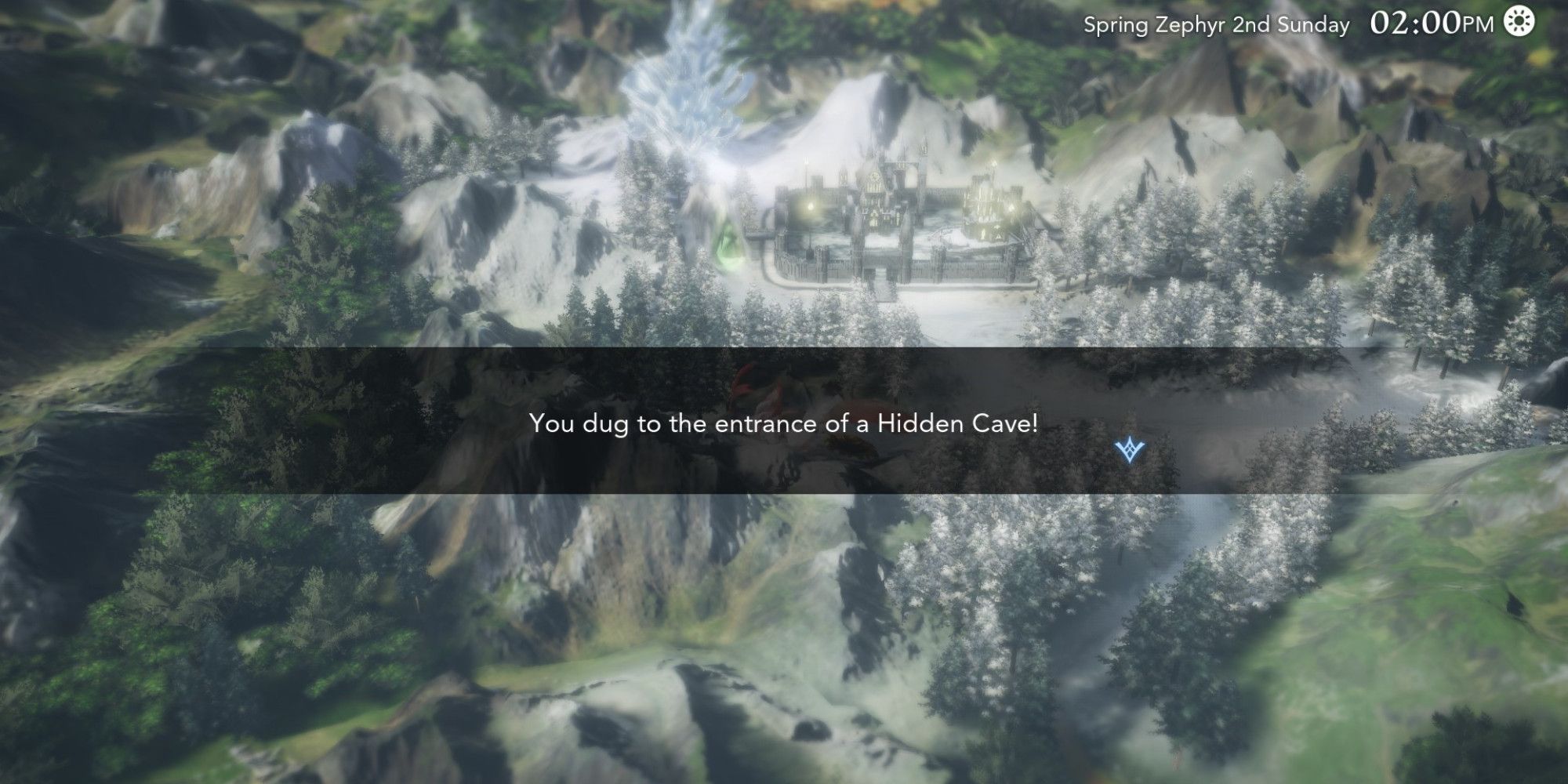 When you’re traveling on the map, you’ll notice hidden areas you need to get to either by walking, on the submarine, or on the airship. While some rewards will just be crafting materials like the ones you get by walking, there will also be high-tier materials and crafting recipes in hard-to-reach areas.

Most of these areas can be reached by airship, but remember that some areas will deceive you by offering an initial low reward upon landing. Only after you walk around a bit after landing will you occasionally find a better reward to collect. Also, remember to upgrade your Totokaku all the way, as he can dig areas that lead to hidden caves for secret rewards. 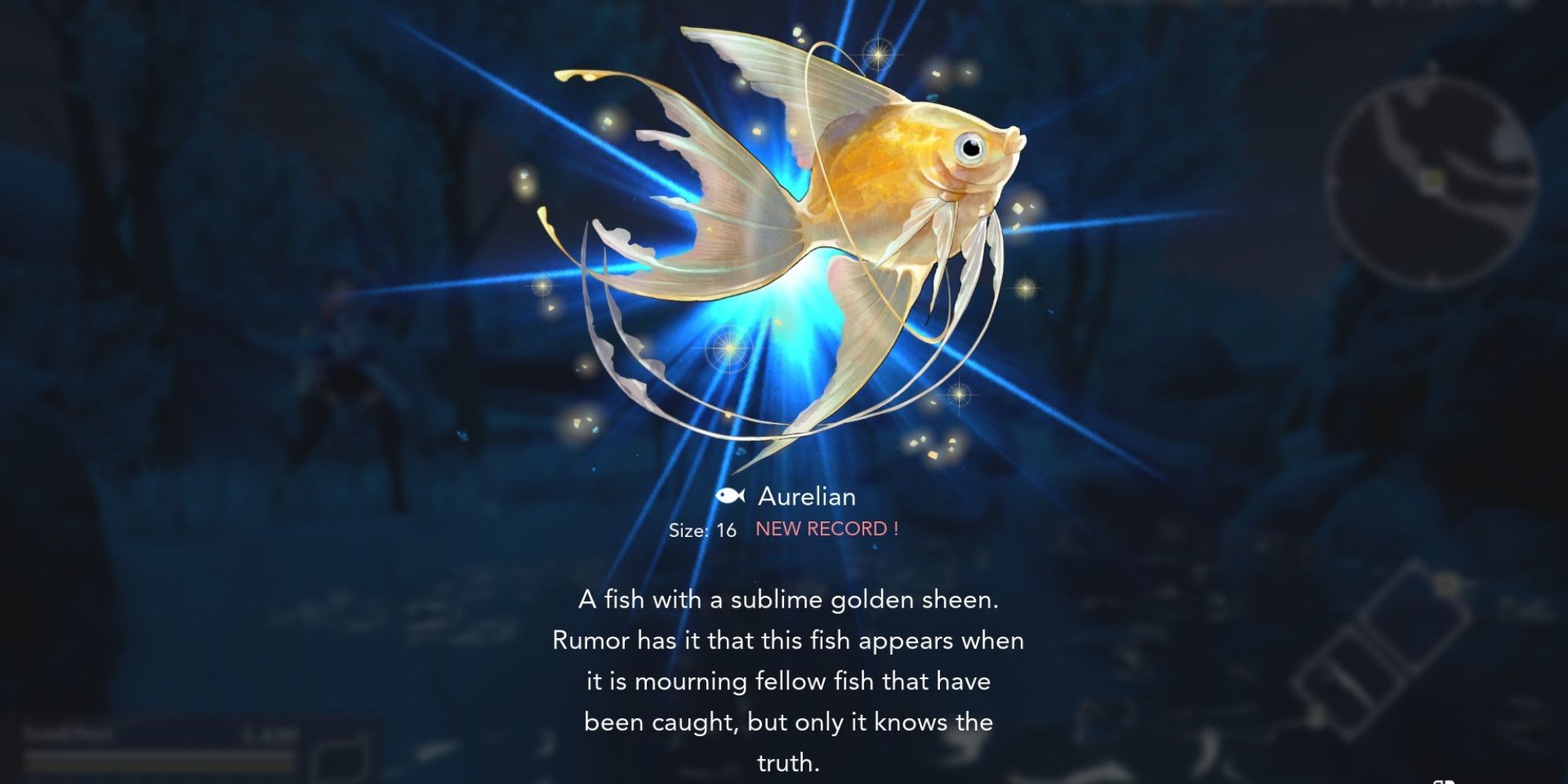 Once you unlock the waterside farm, you’ll be able to walk past it to the suspicious lake located at the very top of the map. There, you’ll find a Sahagin fish monster who claims the hill as his own and requests incredibly rare fish to be caught for him.

These fishing requests give great rewards as the more fish you catch, the higher amount of Grilla he’ll provide you, and once you’ve collected enough fish, he’ll even give you fishing knowledge level three. The ultimate rewards for collecting all the fish, however, are the seafood-related recipes and the Sahagin statue that you can place in your house. 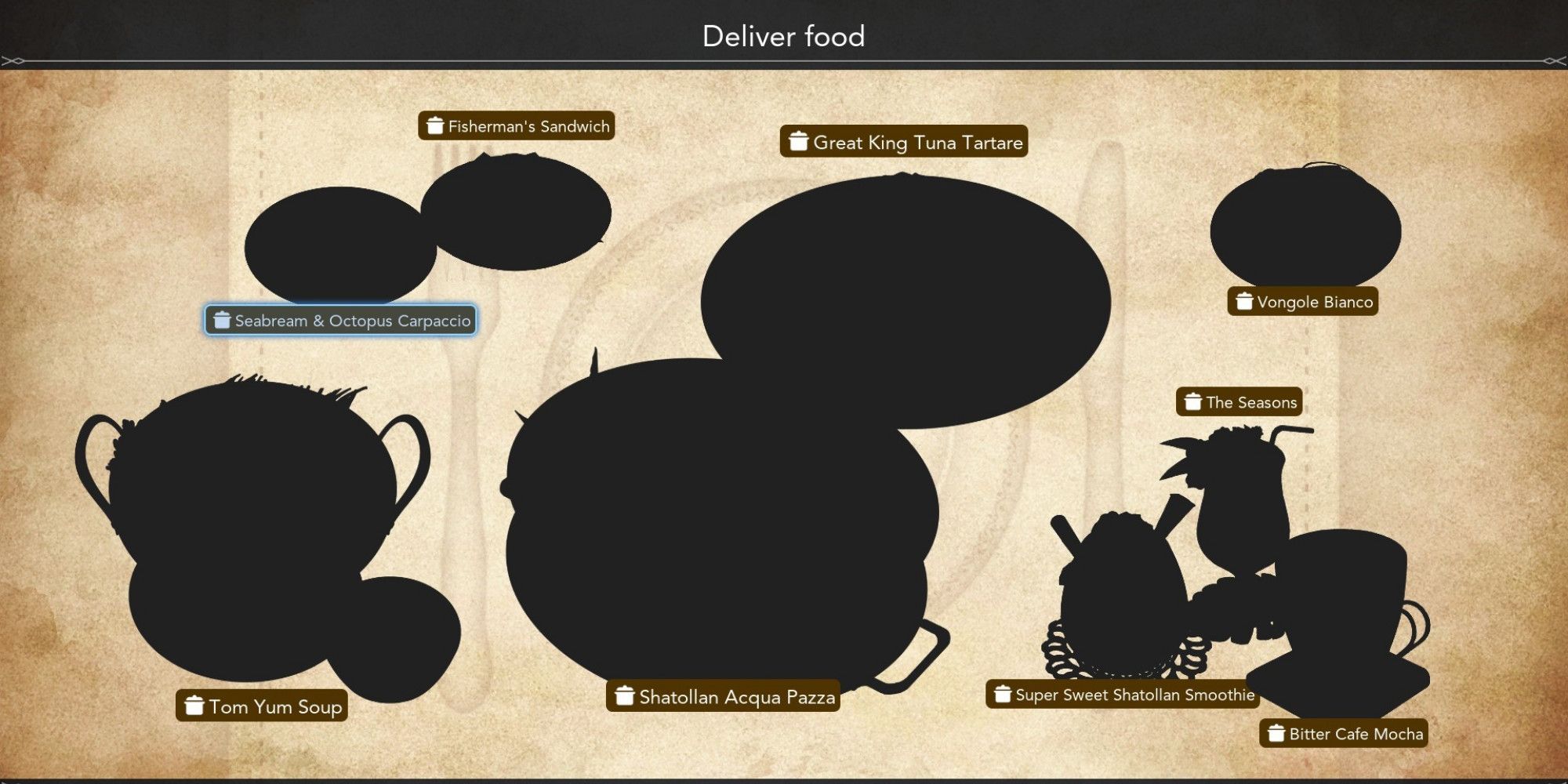 In every major town, as well as Abandoned Eden, an NPC will ask you to deliver food in exchange for Grilla and other various rewards. Each town will have specialized recipes that need to be delivered that can only be unlocked by buying them, doing side quests, or finding them.

If you manage to complete them all, not only do you get Grilla, but you also obtain higher gathering knowledge, higher mining knowledge, and more food recipes for other towns. It’s worth doing all of these since they’re relatively easy to complete since most of the ingredients you’ll obtain in your first year on the farm, and the Grilla makes up for any lost profits. 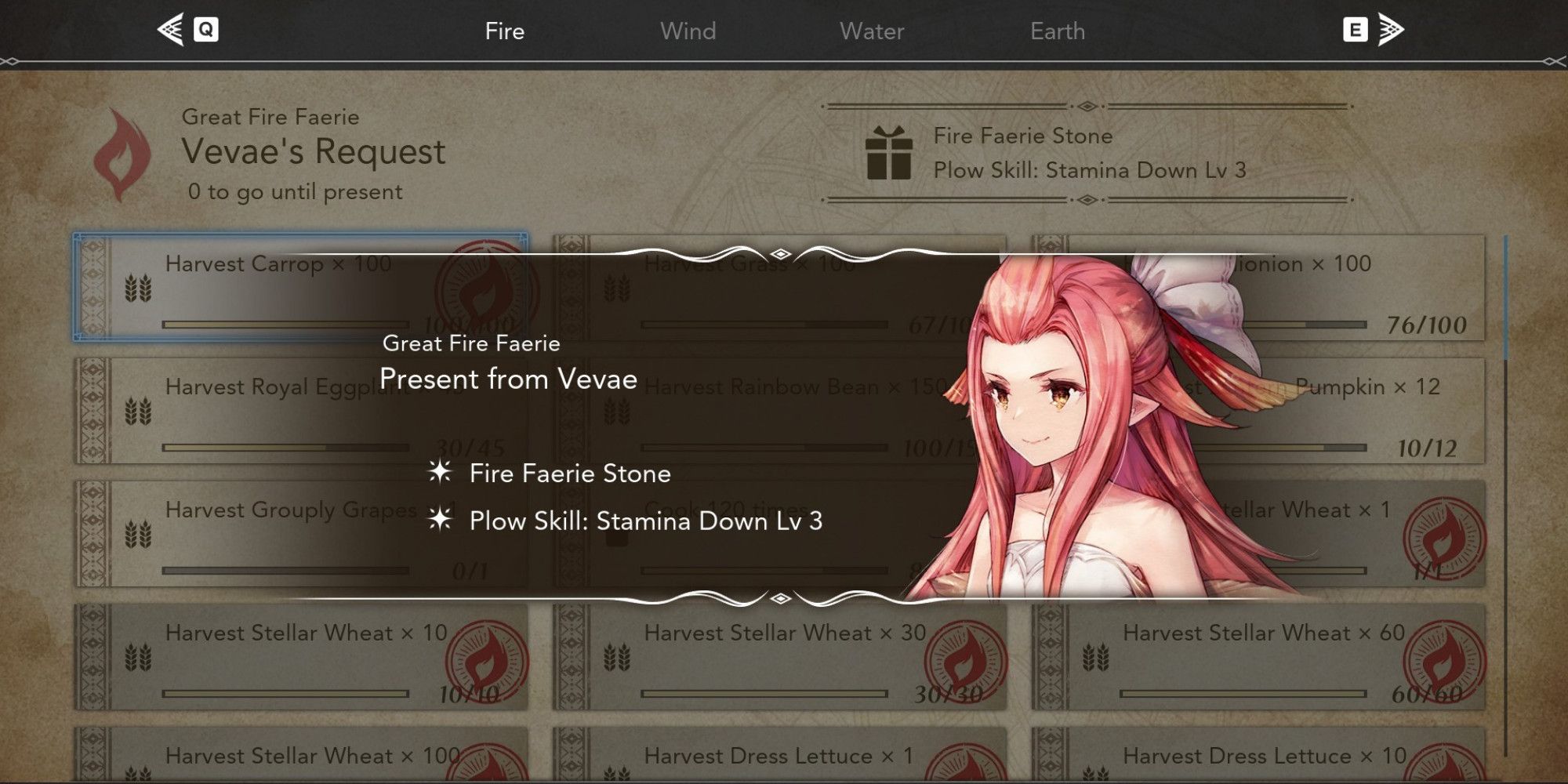 There are two hidden jobs that you can unlock called Samurai and Aristotle. The easiest one to unlock, Samurai, is unlocked after finding two hidden items located in the latter half of the game. Aristotle is unlocked after getting each faerie stone from completing the faerie requests and then combining them to get your new job.

Samurai is a heavy attack job where your physical strength is multiplied by using different sword techniques. In contrast, Aristotle uses the power of the four faeries to unleash heavy elemental damage. Aristotle is by far the best class in the game, offering buffs to other classes and providing damage for every possible enemy type. 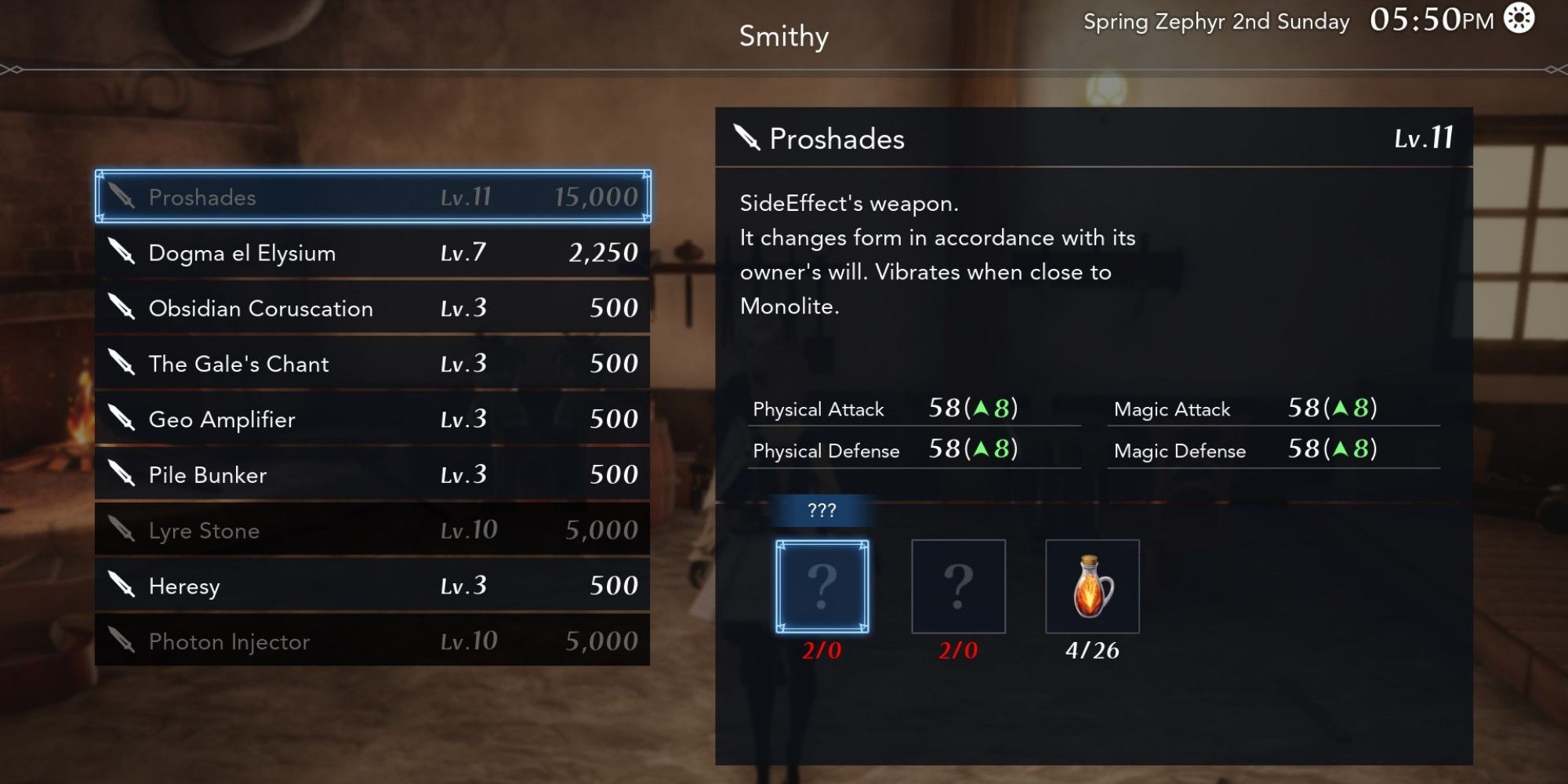 There are a multitude of things in Harvestella that you can level up to their max after completing the main game. Some of these things include leveling your character to level 99, buying out all the weapon upgrades for yourself and each character, maxing out your farm’s level, and maxing out every job in your arsenal.

Most of these include a lot of grinding, especially buying out all upgrades, as they require plenty of materials. However, by doing this, you’ll make sure all your characters do plenty of damage and can switch to any of them to play the game much more freely. 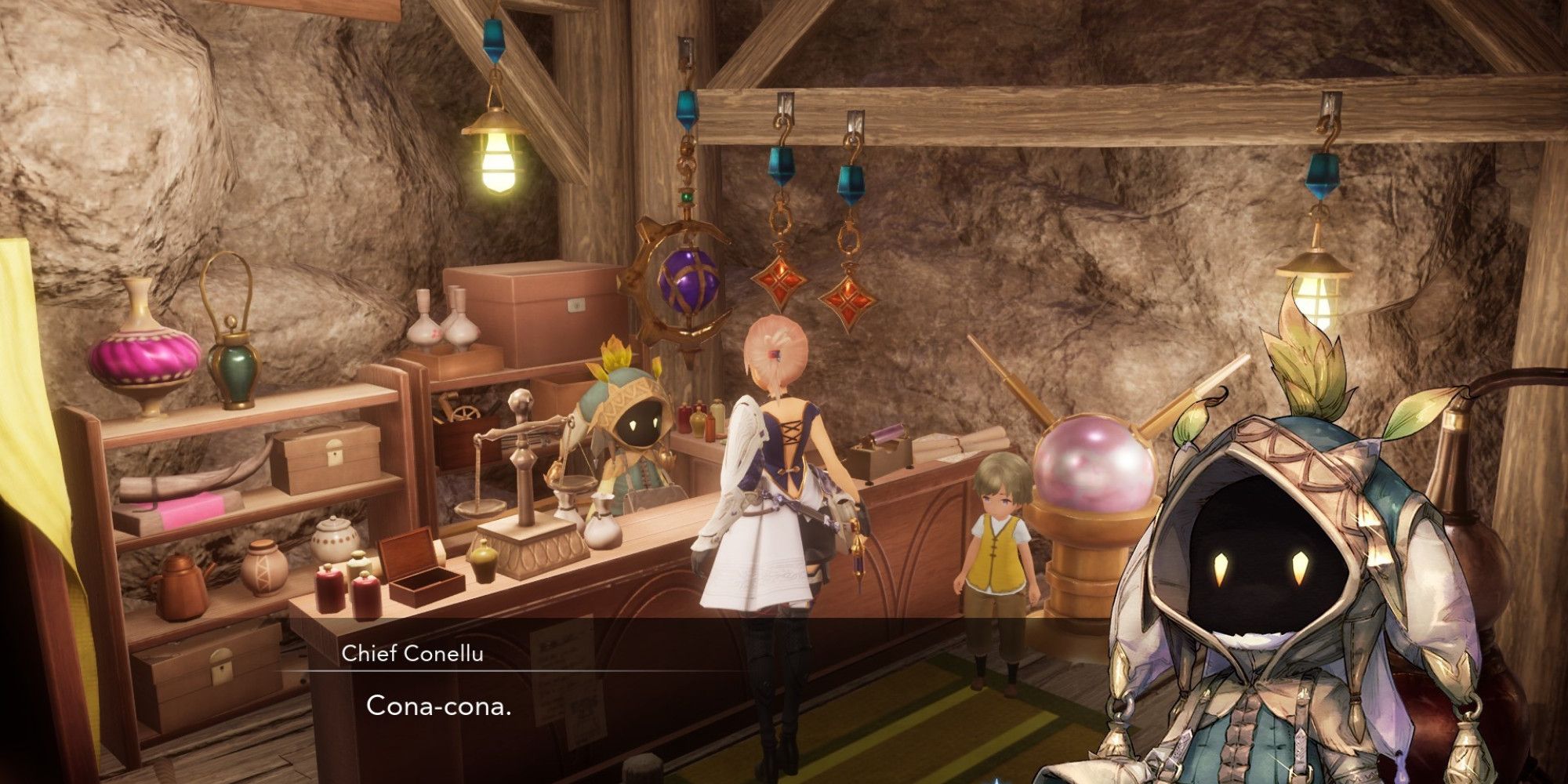 While exploring hidden areas or fighting against FEAR enemies, you’ll occasionally come across a Conellu doll sitting on the ground, waiting to be picked up. Once you reach Shaltolla and visit the mysterious shop, you’ll discover that collecting all the dolls will get you significant and valuable rewards.

There are 40 dolls to collect, with there being multiple dolls in each area. For every five dolls, you’ll be rewarded mainly with powerful accessories until you’ve collected all the dolls, which then you’ll be rewarded with the Conellu statue, which can then be placed in your attic.