As every fan of card-battling games knows, expansion packs are what keep the game feeling new and fresh. Hearthstone’s addition of March of the Lich King adds 145 cards to the game, ten each of the core classes, along with an extra class and some new mechanics to really liven things up.

Included in this expansion pack are ten brand new Priest cards with a range of perks and benefits to entice you to use them in your deck. Whether you prefer Minions or Spells, there’s a mix of great cards to help you finish up your March of the Lich King deck, or even start a new one. 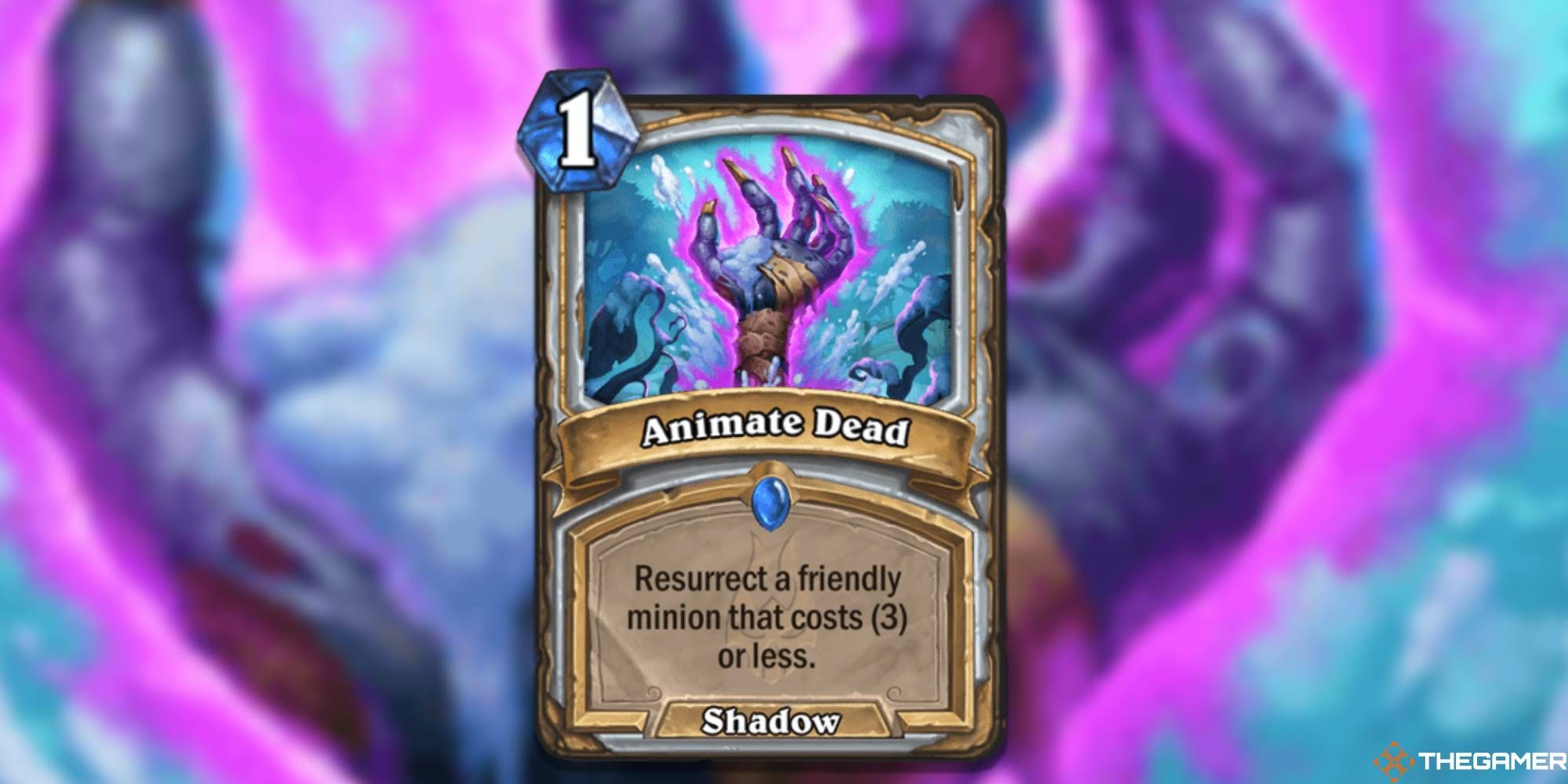 Animate Dead is a rare Spell that, for the price of one mana, will resurrect a fallen Minion that costs three or less. This can be especially helpful if you’re low on mana but need more Minions on your side.

However, this is the only thing this Spell can do for you, so if you’re not invested in resurrection, or have better Spells in your deck already, you might want to skip this one in lieu of something stronger. 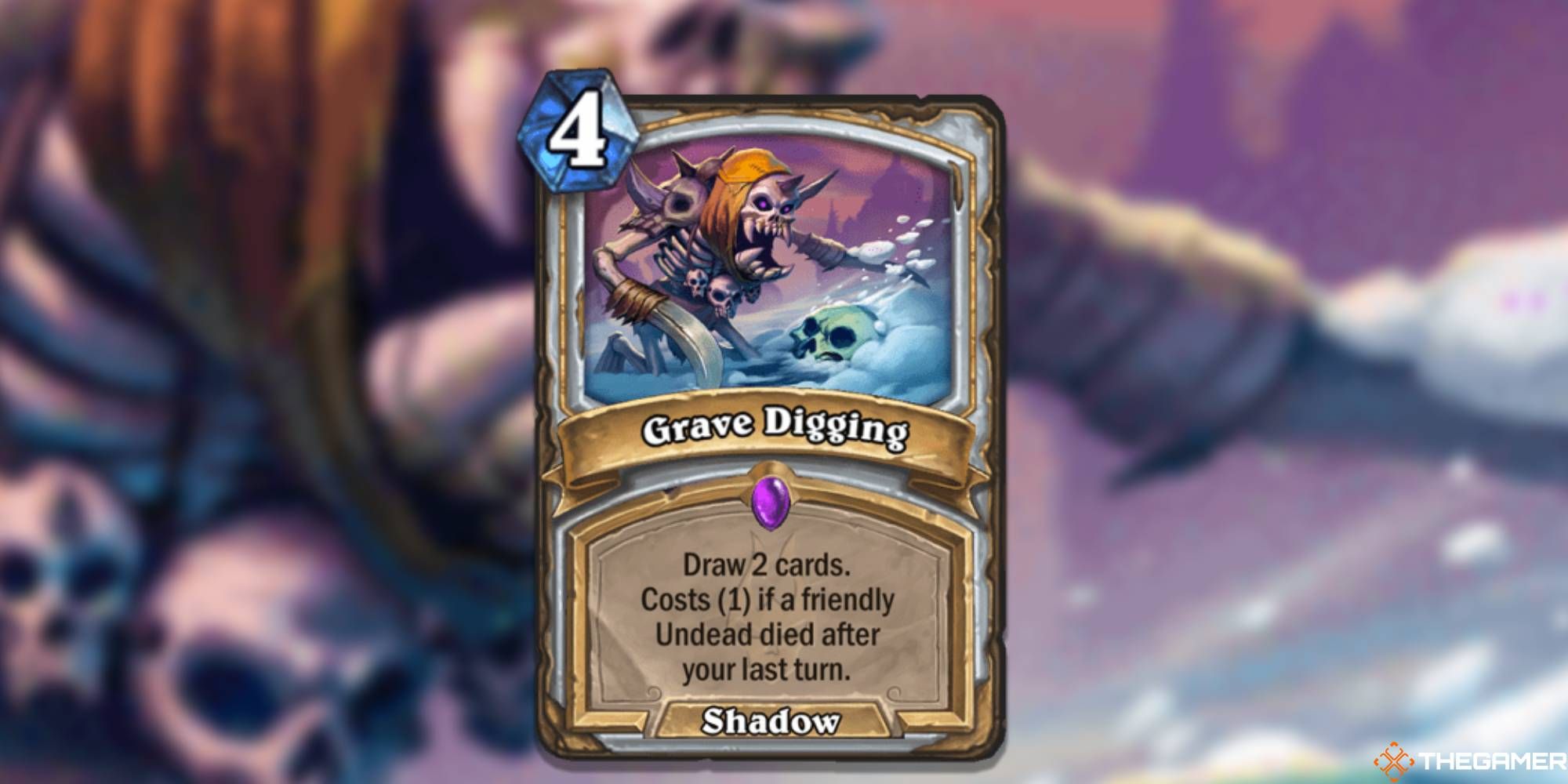 Grave Digging is an epic Spell that will allow you to draw two cards for your hand. If you had an Undead card die after your most recent turn, you’ll be able to play the cards for one mana. Much like Animate Dead, if you’re not keen on bringing back destroyed cards, you might not care for this Spell.

Still, if you’re pressed for mana and cards, this is a quick way to freshen up your hand without blowing your whole mana stash. 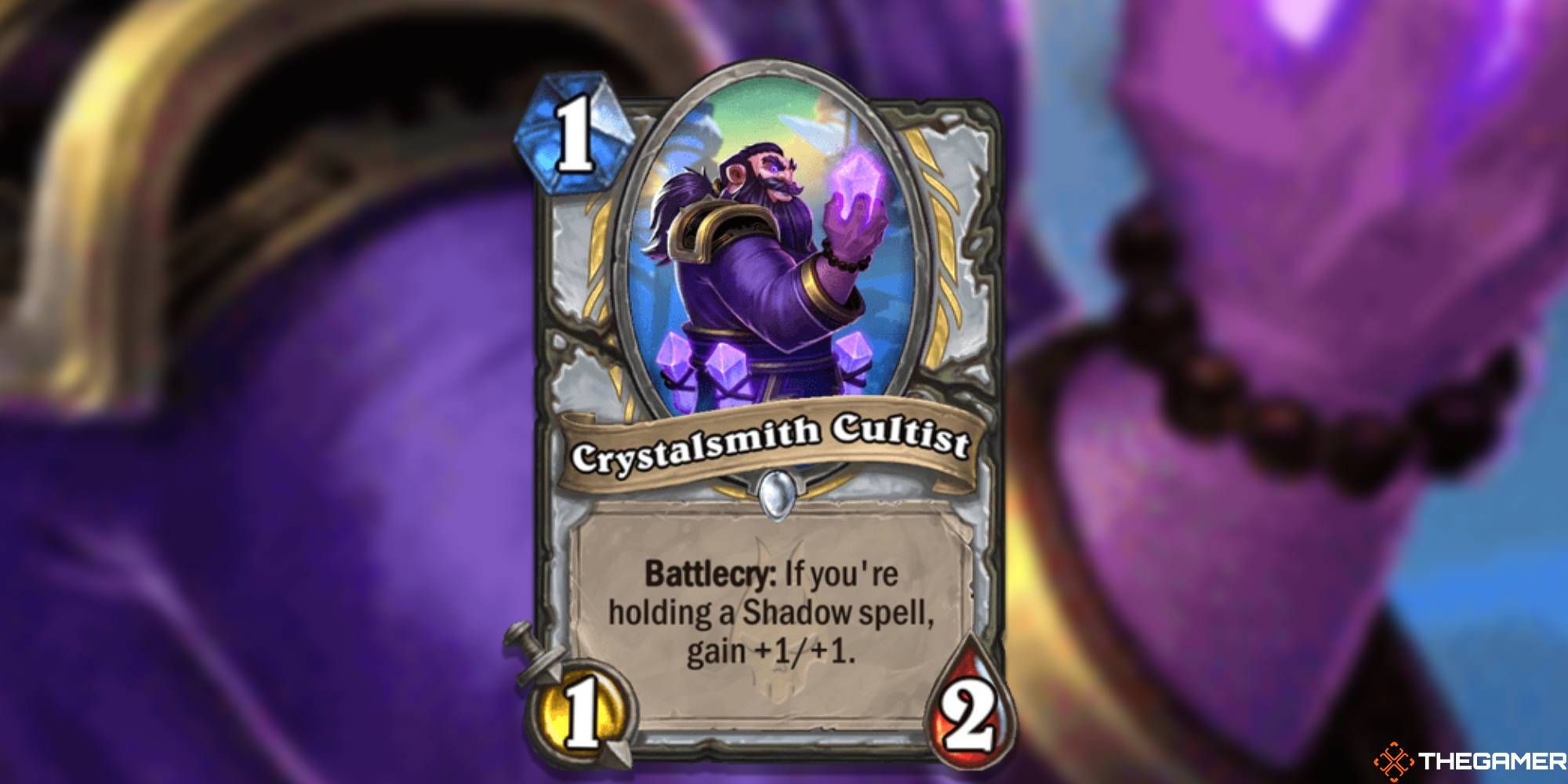 A common Minion, Crystalsmith Cultist’s Battlecry will take their low stats and add +1/+1 to them if you’re also holding a Shadow Spell. Since most of the Spells in March of the Lich King are Shadow Spells, the chances are high that you’ll meet the criteria.

Even with a boost, though, the stats are low, but the Cultist only costs one mana to play, so it’s a great card to have early in the game when you don’t have a lot of mana to spare on bigger cards. 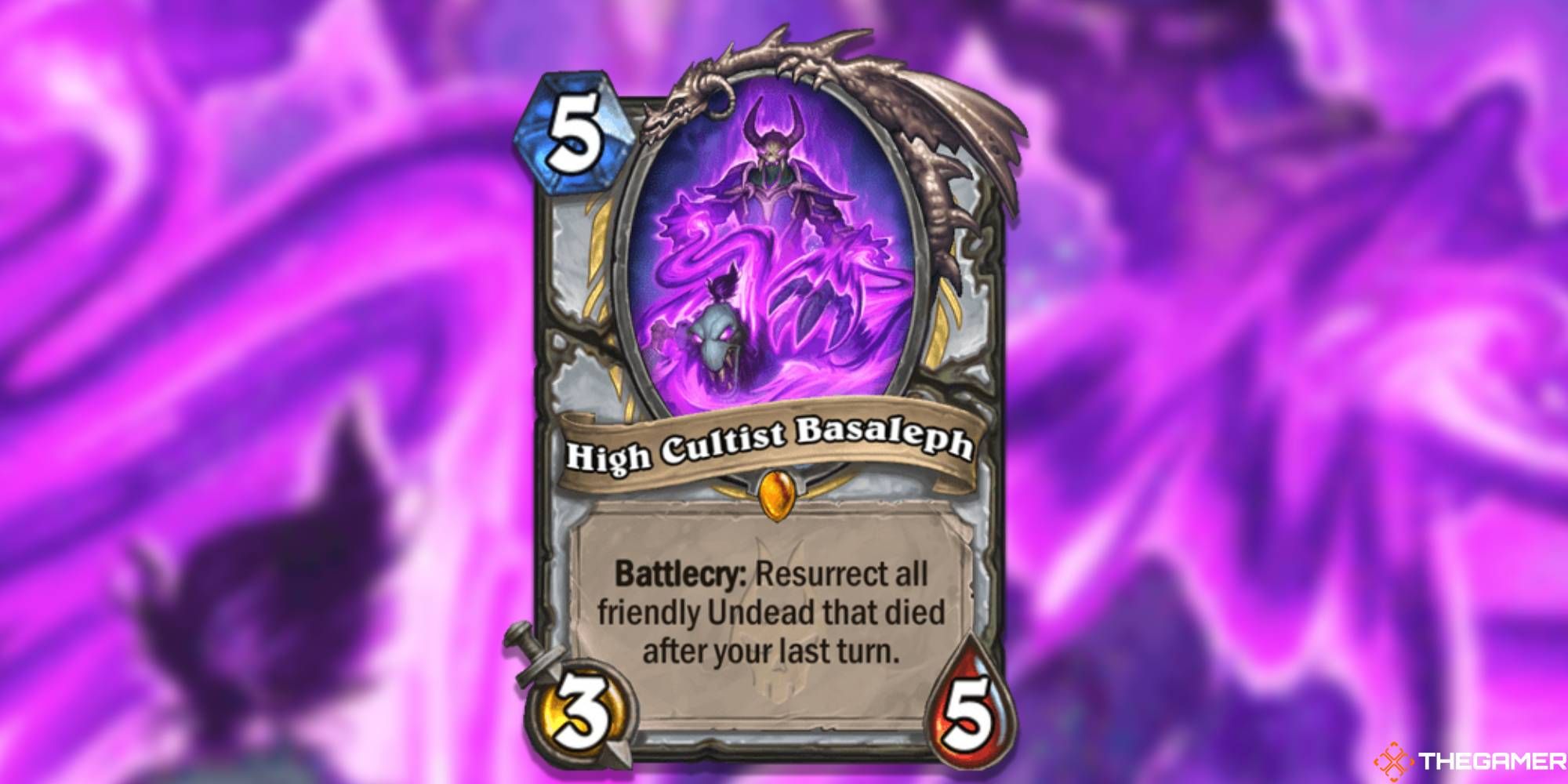 The High Cultist Basaleph is a legendary Minion who will resurrect all of your Undead that died after your last turn. Obviously, the more Undead you had die right before playing this Minion the better this will work.

Even if you don’t have many to resurrect, High Cultist Basaleph does have three Attack and five Health stats, so you’ll be able to inflict some damage against your opponent’s cards before this one is destroyed. 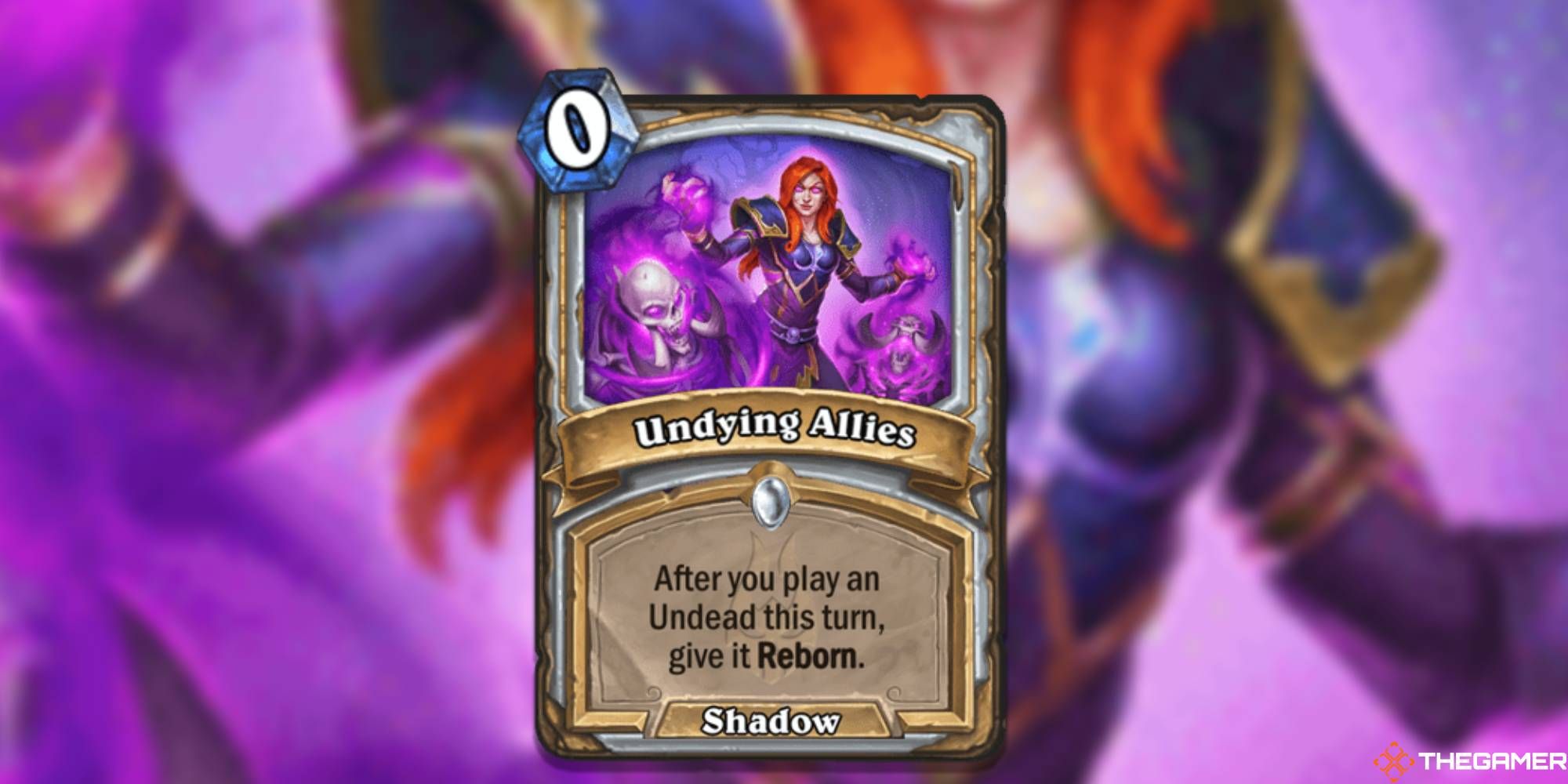 A common Spell that doesn’t cost any mana to use, Undying Allies will give an Undead card Reborn as long as you play them in the same round together. Reborn will allow the card to resurrect with one Health after it dies the first time, giving you a little extra life.

Although this Spell won’t change the tides of the game any more than Animate Dead or Grave Digging, you can cast this for free and piggyback off of another card to extend your life and give your opponent a bit of a hard time. 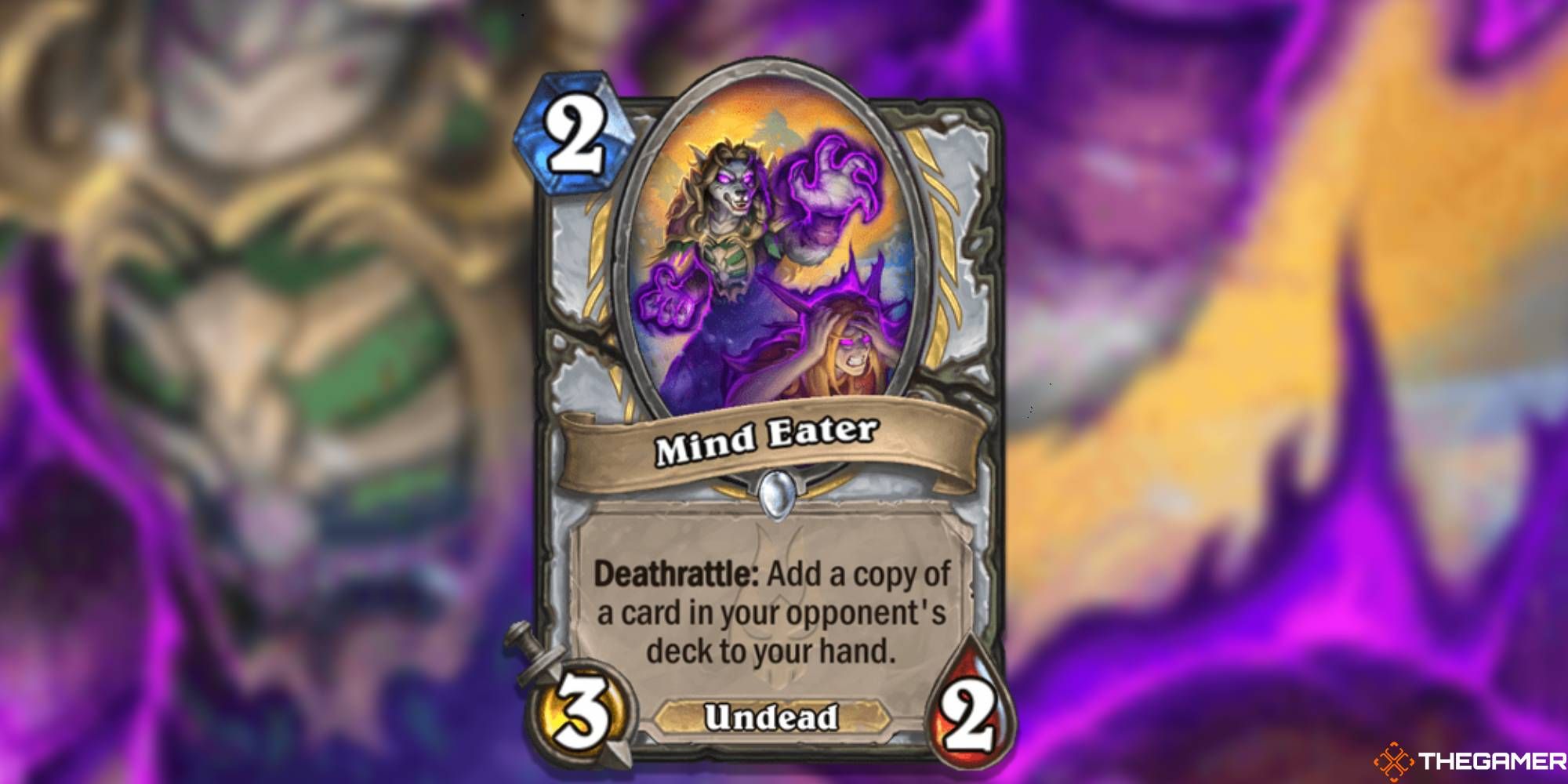 This common Minion costs two mana and offers decent stats against enemies. Mind Eater will put a copy of one of your opponent’s cards from their deck in your hand when it's destroyed. This may not sound like a huge difference, but it will give you the tiniest sneak peek at your opponent’s deck while also giving you a bonus card.

Ideally, your opponent has curated their deck as painstakingly as you have, so whatever you pull from them will be a good addition to your own. 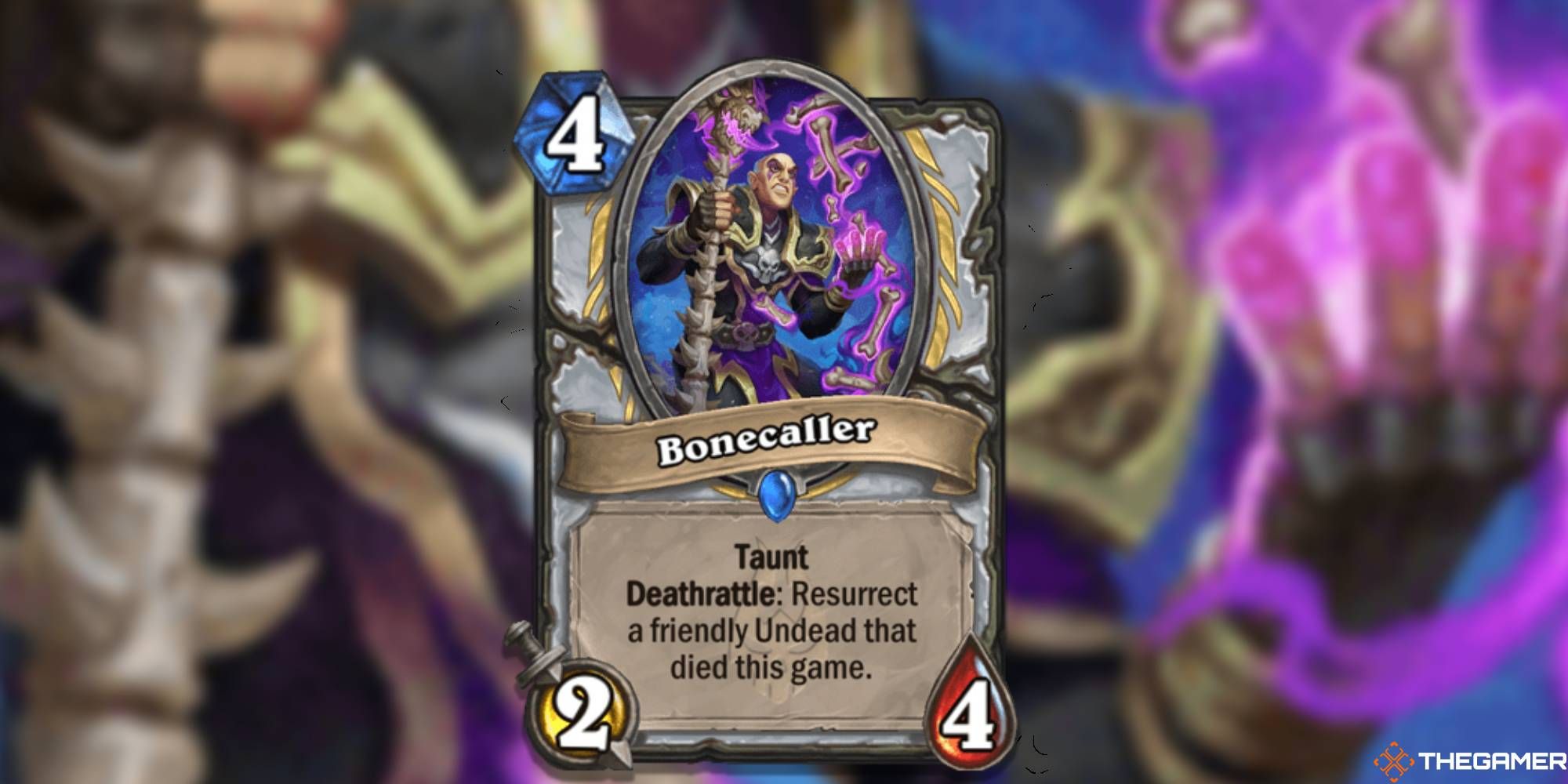 Bonecaller is a rare minion with both Taunt and a Deathrattle. Similar to the High Cultist Basaleph, Bonecaller will resurrect one of your fallen Undead cards. Unlike Basaleph, this can one from any point in the game, not just your most recently destroyed.

Not only will this give you the opportunity to bring back a strong card, but Bonecaller does also have two Attack damage on its own, so you’ll get a bit of fight out of this Minion before bringing back your Undead. 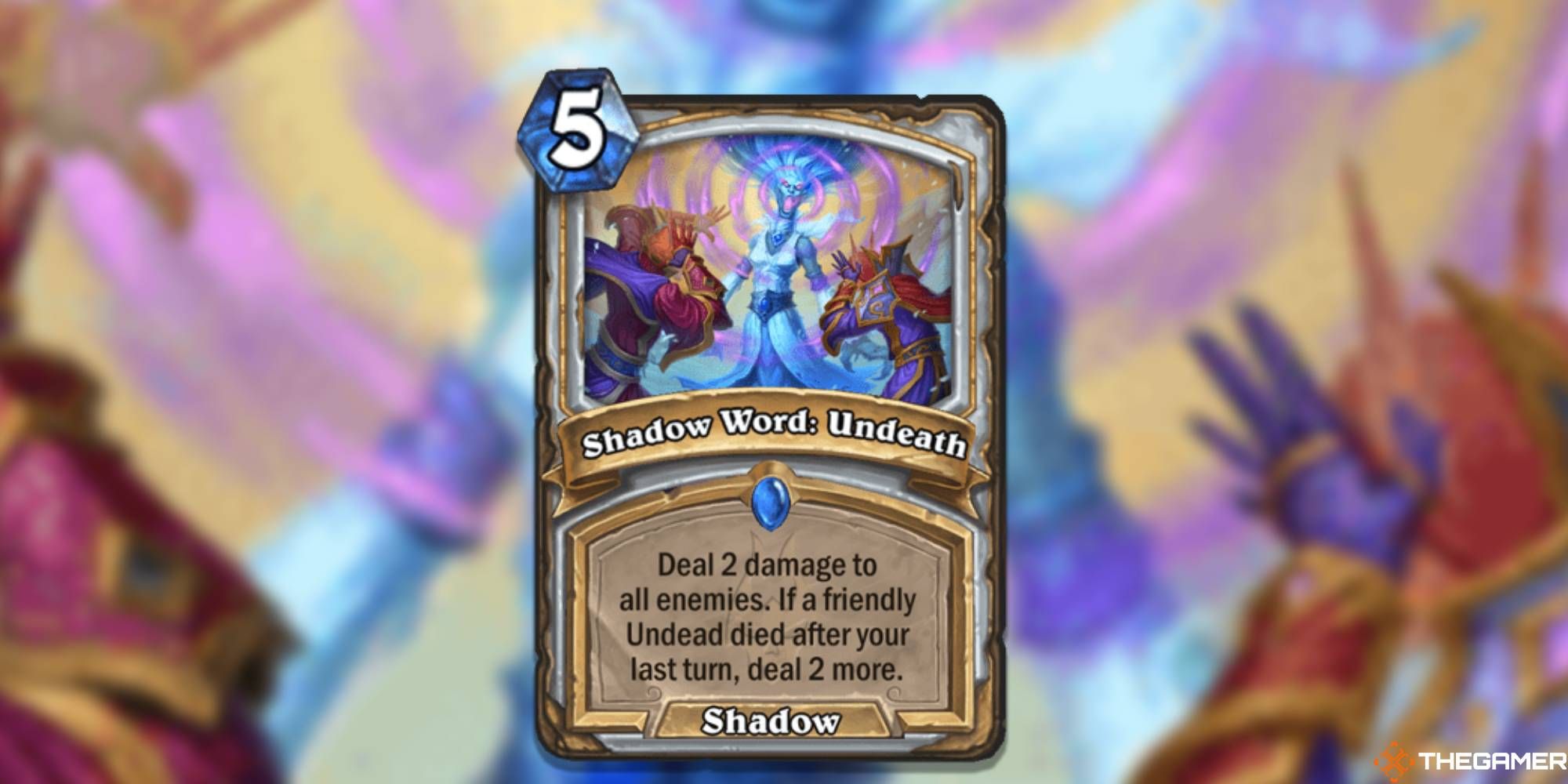 Shadow Word: Undeath is a rare Spell that will hit all enemies with two damage. If you had an Undead card destroyed after your most recent turn, this Spell will inflict a total of four damage to all enemies.

The more Undead cards you have, the more likely you can cast this Spell sooner rather than later. Regardless of when it’s cast, though, being able to hit all enemy targets with four damage will greatly increase your odds of winning. 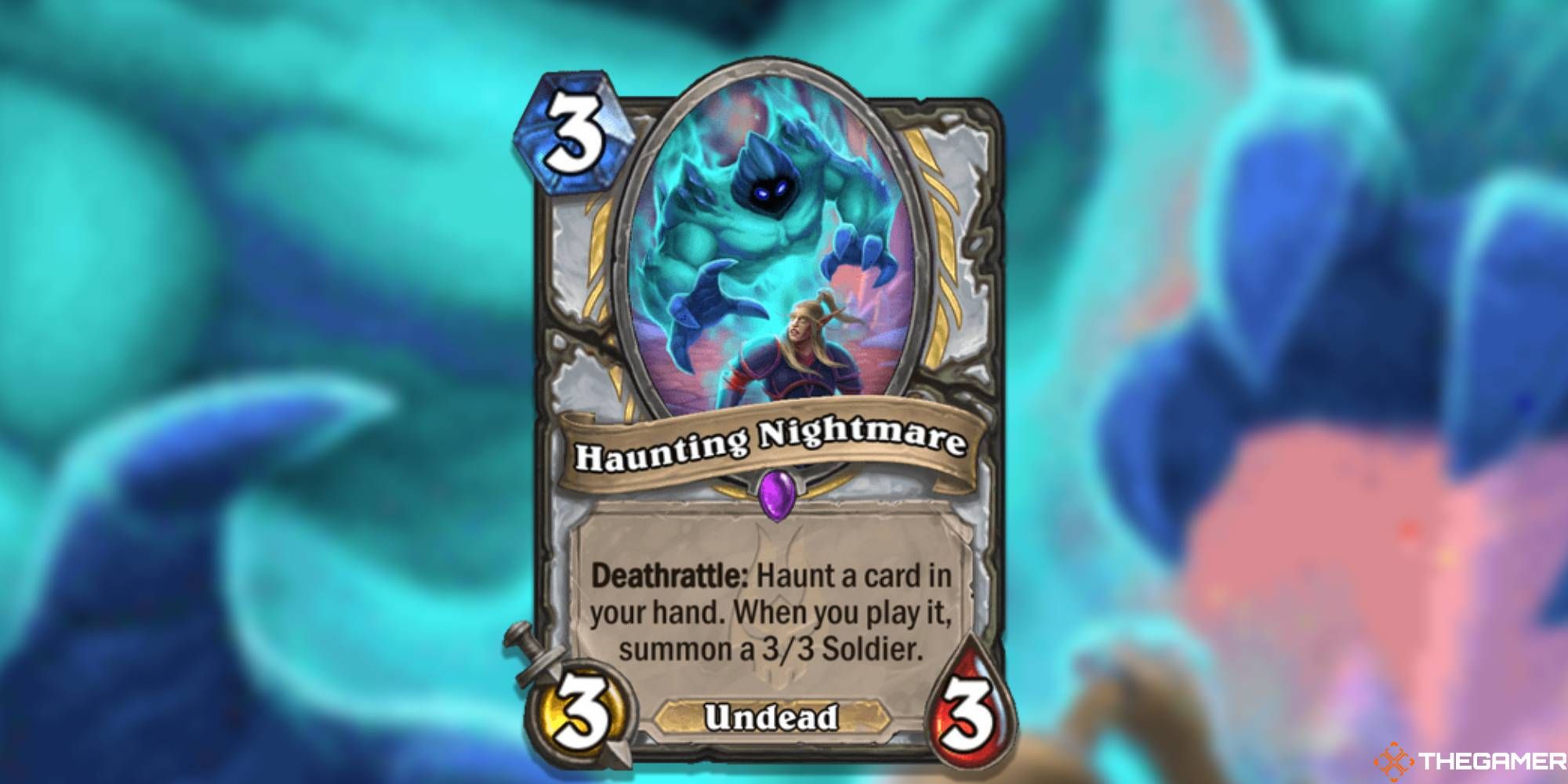 Haunting Nightmare is an epic Minion with a Deathrattle that causes it to Haunt one of your cards in your hand. When you use the haunted card, it will summon a Soldier with 3/3 stats, effectively giving you two cards at once.

Haunting Nightmare also has 3/3 stats, so before it’s killed it will be useful against your opponent’s cards, and at the low price of three mana without any Spells involved. 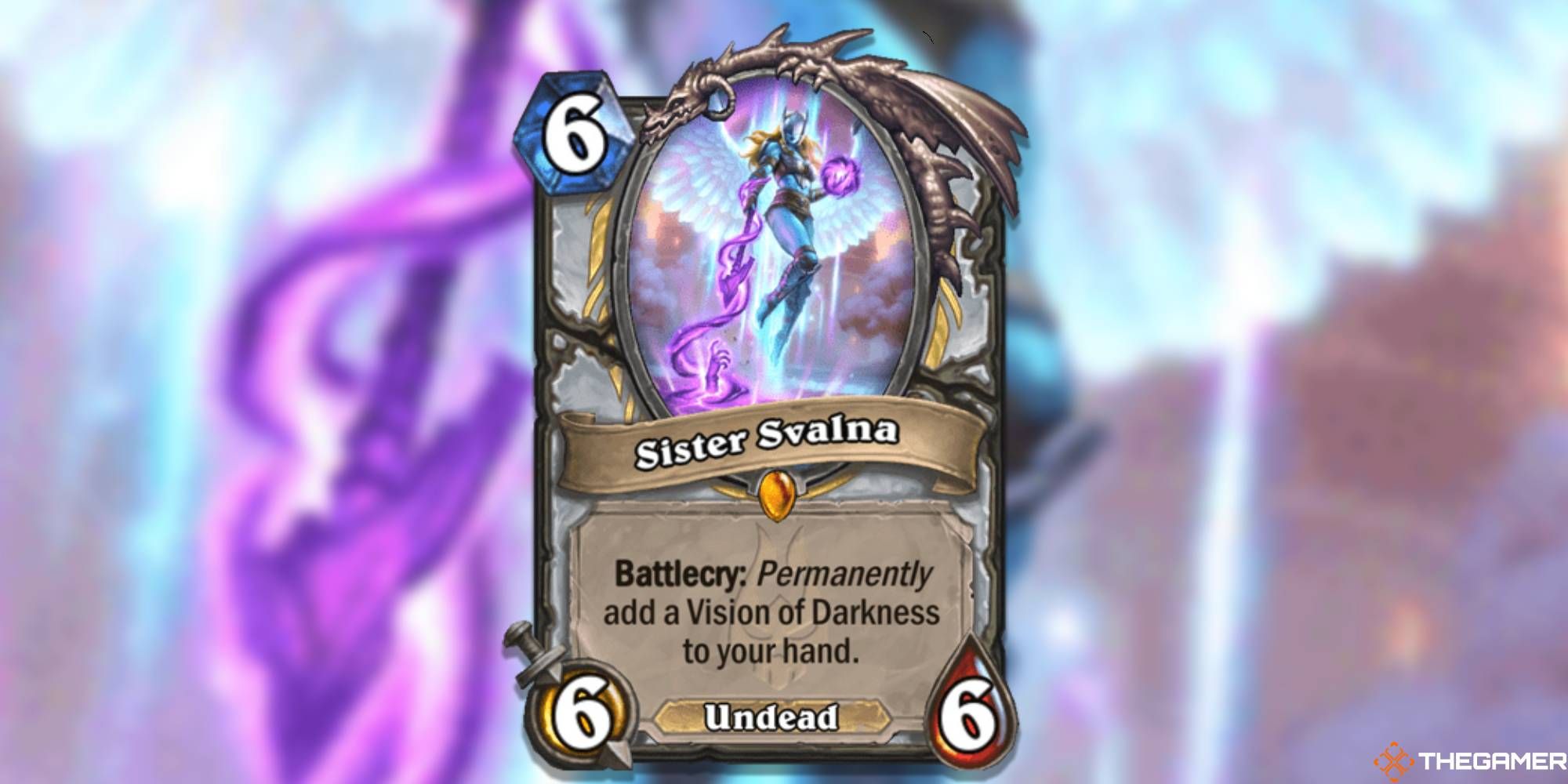 This legendary Minion will set you back six mana, but does six Attack damage and has six Health. Sister Svalna’s Battlecry will add Vision of Darkness to your hand permanently, which will allow you to cast Shadow Spells.

Most of the Spells in this pack are Shadow Spells, so there’s no shortage of potential with Vision of Darkness. It will also guarantee Crystalsmith Cultist will have a use in your deck, as well.