With the launch of the new Descent of Dragons expansion coming soon, and the reveal of the new Battlegrounds Mode, it appears Hearthstone is in good health. Fans will always want to see other changes, but Battlegrounds is something no one expected. Revealed during BlizzCon 2019, Hearthstone Battlegrounds makes for a more casual experience. Drawing from the Auto Battler subgenre, it creates a new platform for fans to enjoy, away from the competitive card grind. It seems to have drawn players back to the game, so wouldn’t this be the perfect time to bring Hearthstone to Nintendo Switch?

Blizzard has been porting other big projects to the handheld console, starting with Diablo 3 and Overwatch. And while there doesn’t seem much hope of World of Warcraft or Heroes of the Storm to Switch, why not Hearthstone?

Due to the speed of the game, Touchscreen would be needed for when playing it on the move. Or, Blizzard would need to change the speeds, making it possible to use the Nintendo Switch’s inputs in a positive way.

But whatever the plan would be for a Hearthstone port, it doesn’t sound like something that is being worked on right now. And the launch of Hearthstone Battlegrounds may have made it less likely, rather than more.

The work needed to put together the eight-player mode would have been the main focus over the last couple of months. And another reason why a Nintendo Switch might never materialise is due to the risk-reward of a new platform to support.

Anyone with a compatible phone and a lot of space to download Hearthstone can play the game.

Adding another platform to support might be too much of a strain, especially considering how Android has so many different hardware types already, and screen size being a Q&A factor.

Speaking on the matter, Hearthstone’s Ben Thompson, Lead Game Artist, told the Express Online: “Seeing Overwatch on the Switch is awesome and it’s the right next move for them. 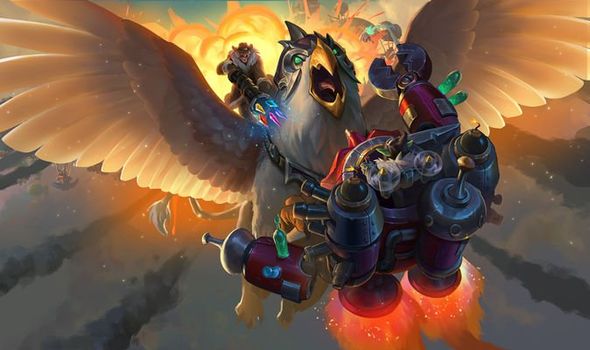 “They have dedicated a lot of time and resources to the project and I think that is the key point.

“It takes a lot of time and resources to make that happen. One of the things that I think can get missed is that while Hearthstone is on PC and Mac, it is also on tablets and phones.

“People often think “that was always part of it,” but it actually took another year of development to get it on those mobile platforms.

“It may look the same and the UI wasn’t changed but that is still a mobile platform. The phone is the one where it undertook the most of the top-down change to where do the cards now, where does the mana go now, and how does this all fit together?

“And most importantly in there is how do we do this in a way that it still feels like Hearthstone?

“That happens every time a platform change comes into play and I think ultimately where that ends up going, is what is the demand for something like that, and how does that bring something more to Hearthstone? 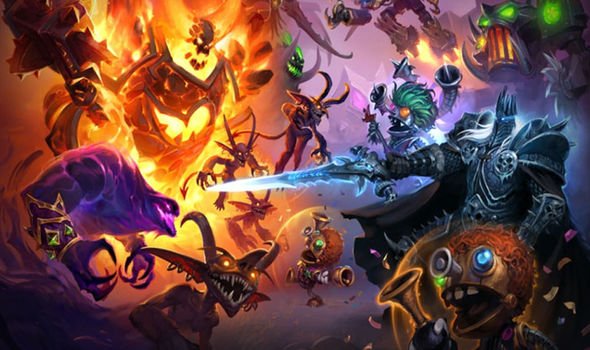 “How does it make that work best, or better? Hearthstone is a game that is always connected. It’s because of the way the structure of the code is setup. That’s a boring answer but it’s also an honest answer.

“It’s the way the code is structured, to always be on a server that you connect to, and that’s always going to be a factor or something we have to take into consideration when looking at different platforms.”

Mike Donais, Hearthstone’s Principal Game Designer, adds: “Even with the day-to-day running and the release of something new like Battlegrounds, it’s a ton of extra work to make it look good on phone and maybe it needs a second UI because these buttons don’t fit on your phone, because your hand is in the way.

“So we have to make a new version of something like that for the phone. We have automated size-changing technology, and Q&A spends a ton of time testing these things that are broken and need fixing.

“So whenever we add a new platform to that, it just multiples the work.”

So for now, Descent of Dragons and Hearthstone will not be an option for Nintendo Switch gamers come its release date on December 10.