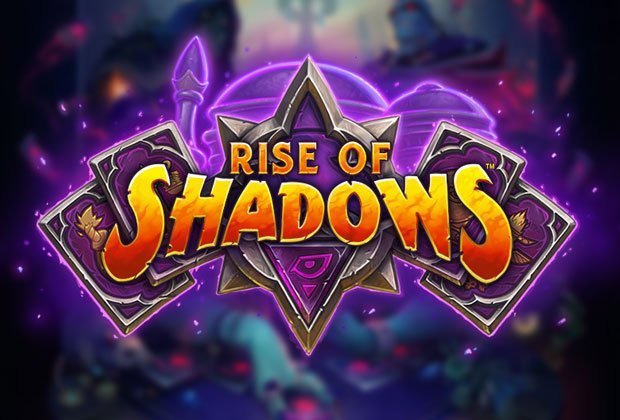 Hearthstone’s newest expansion is due to drop today – and, like all updates before it, the update is due to drop at the same time across PC and Mobile.

Better yet, all regions will be blessed with the shiny new Rise of Shadows content at roughly the same time too, thanks to the global rollout Blizzard likes to use with its Hearthstone updates.

So that means whether you reside in North America, Europe, or Asia, you’ll be able to indulge in the content as soon as everyone else.

Blizzard has noted, however, that thanks to the unpredictable nature of servers when it comes to launching and updating live games, there may be some wobbles as the developer rolls out Rise of Shadows.

To mitigate confusion, though, the studio has outlined an official list of estimated times for today’s release – which you can find further down the page.

Here’s the official estimate for when the new Rise of Shadows expansion will be available to play, courtesy of Blizzard:

Once the update is ready to go live at the times listed, it should just start rolling out – the game would already have been patched if you’ve logged into Hearthstone over the last seven days, so you won’t have to wait for any of those awkward patches to load onto your device if you just want to get playing.

Blizzard has also noticed there will be a bonus for anyone who logs in during the launch of Rise of Shadows launch window.

Logging in over the next few weeks unlocks the Archmage Vargoth Legendary, and also give you access to a few Legendary launch quests.

What is Hearthstone: Rise of Shadows?

The newest Blizzard expansion will add 135 new cards to the game – and will make some more subtle changes on the backend, too.

The general gist of the expansion focuses on a new league of villains that are taking to the streets of Azeroth to try and dominate lands – and steal what loot they can.

“Citizens of Azeroth are advised to lock up their valuables and stay indoors, because a new coalition of supervillains has risen to power, and Hearthstone players around the world get to be the bad guys in Rise of Shadows, the next expansion for Blizzard Entertainment’s smash-hit digital card game.

“Starting April 9, players will join a mischievous league of miscreants as they embark upon Hearthstone’s first-ever yearlong storyline, kicking off with 135 dastardly new cards and some wickedly devious new mechanics.


• EVERY HENCHMAN NEEDS A LACKEY – The League of E.V.I.L. needs all the help they can get!
• Lackeys provide the muscle to get things done for the League of E.V.I.L.’s members.
• Heistbaron Togwaggle’s henchman is the Rogue minion EVIL Miscreant, which adds two random Lackeys to the player’s hand when Comboed.
• There are five Lackeys in Rise of Shadows, 1/1 minions with helpful Battlecries.
• For example, Kobold Lackey’s Battlecry deals 2 damage to a target.
• PLAN FOR SUCCESS – Schemes are Spells that grow in power each turn they’re held in hand.
• Hagatha’s Scheme deals 1 damage to all minions to start, but gains damage every turn it’s held in hand. Wait until just the right moment to spring the trap!
• CALLBACK CARDS – Our villains have been around for a long time, so some of their cards may feel a bit . . . familiar. The Priest Spell Forbidden Words, which spends all the player’s mana to destroy a minion with that much attack or less, is a callback to Forbidden Shaping from Whispers of the Old Gods.
• TWICE THE TRICKERY – Cause double trouble for your opponent by using Spells with the new Twinspell keyword! When cast, Spells with Twinspell add a copy of themselves to the caster’s hand.
• The Forest’s Aid is a Druid Twinspell that summons five 2/2 Treants and adds a copy of the spell to the player’s hand, ready to summon a new army of Treants to defend the magical city.

Rise of Shadows also comes with another solo mode – and this one is larger than anything Blizzard has crammed into a Hearthstone update before. But players have to wait a little bit longer until they can play that.

“The accompanying Solo Adventure for Rise of Shadows—bigger than ever before—will be released starting in May.

“The first chapter of this Solo Adventure will be free and, in a return to what players experienced with the original Hearthstone Adventures, additional chapters can be unlocked for $19.99, or 700 gold per chapter.

We’ll update you as soon as we hear anything else about the incoming update.