Mr. Rogers was basically a perfect human being. Kind, generous, and always looking on the bright side of life, it’s no wonder that people have started to create fiction where a Mr. Rogers-like character becomes a psychotic killer. That’s essentially the premise of Hello Neighbor, a 2017 stealth game that became mega-popular thanks to streamers.

Players will inhabit the role of a random person from the neighborhood and begin investigating the house of some crazed neighbor. It’s…okay? The premise is definitely ripe for this type of game, but something went wrong in the execution. Either the early-access state never progressed past jank or the extra content failed to play into the intriguing setup.

Whatever the case, you can now grab Hello Neighbor for free on the Epic Games Store. One of the final games available during Epic’s holiday sale giveaway, Hello Neighbor will be free until tomorrow, December 31, at 11:00 am EST/8:00 am PST. You’ll need to act fast if you want it, though I won’t blame you if you pass on it. 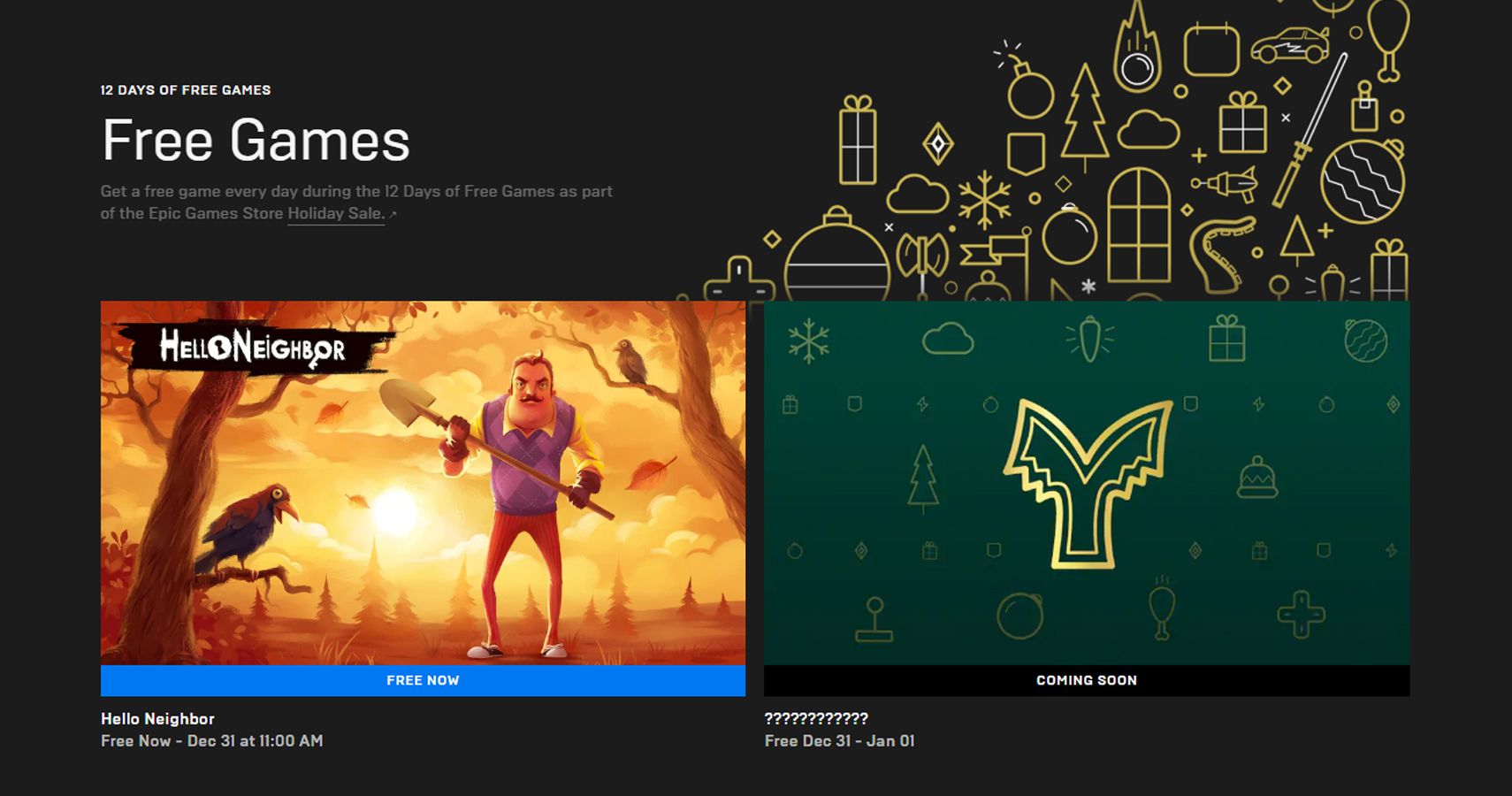 Tomorrow’s freebie might be a doozy. The logo is clearly from Yooka-Laylee, but it’s possible Epic will be handing out this year’s Yooka-Laylee and the Impossible Lair. If so, that’s a pretty nice get to wrap up 2019. If not, then I suppose the final two games will be something of duds.

Yooka-Laylee was fine for the fans that wanted it, but a strict adherence to the design philosophies of the 64-bit era didn’t make for the best platformer. A lot of people love the idea of nostalgia, but then face the harsh reality that some of their childhood memories aren’t that great. A Hat in Time did a better job of rekindling the love for 3D platformers.

Still, a few “bad” games isn’t enough to throw hate at Epic. This holiday giveaway has given users some absolute classics, not to mention games from wildly different genres. If you’ve had any interest in any of these games, is there really anything you can complain about? Sure, maybe Hello Neighbor’s multiplayer spin-off would be better, but a free game is a free game.