I loved Metal: Hellsinger. It’s the slickest rhythm shooter I’ve played to date, and the layering of its metal tunes as you increase your frenzy meter in time with the beat makes you really appreciate every note. The score was a stellar who’s who of metal musicians, and the work that went into melding music and mechanics was incredibly impressive. No wonder I gave it such a high score, huh?

But I understand that metal is not for everyone. I only dip my toes into the iron pond every so often, but Hellsinger was the perfect level for me. TheGamer’s editor-in-chief Stacey Henley has long lamented the lack of Alt-Z shooters out there, and I get that. Whether you’re into Lorde or Lordi, there should be a shooter for you. Luckily, Metal: Hellsinger might be that shooter.

If you’re a little confused at this point, I don’t blame you – I’m being deliberately obtuse in order to build suspense. While Metal: Hellsinger is, as its name suggests, a metal game, debut developer The Outsiders will soon release mod support that will allow you to put any track over the game. Anything. Or so we think. 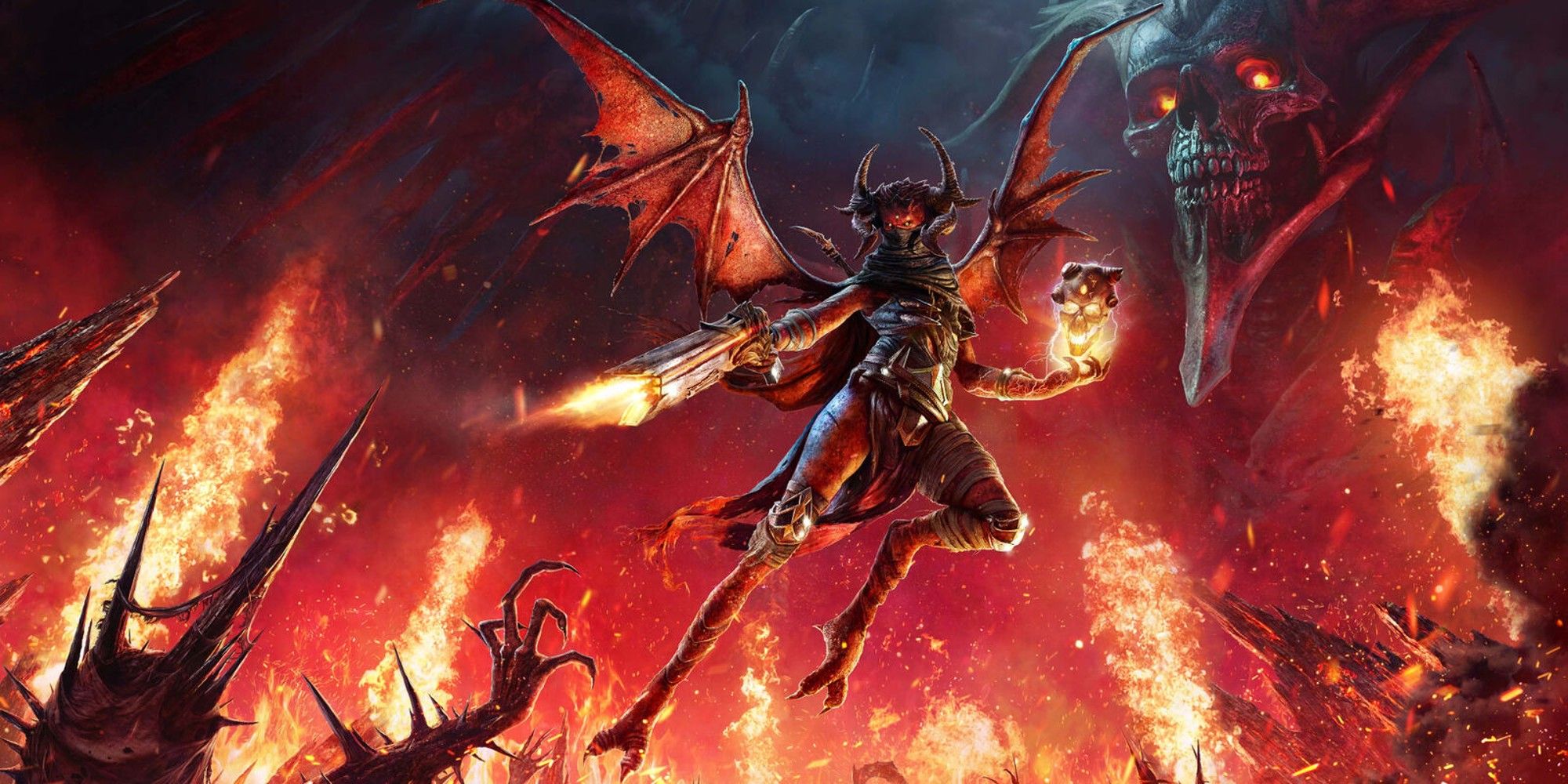 Players are already jumping the gun, pumping demons to Lynyrd Skynyrd’s Sweet Home Alabama via mods, but there’s a world of music to explore when full support comes and you can descend through the depths of hell accompanied by beats of your preferred genre, whatever that may be. As such, here’s a varied list of tunes that would be the perfect accompaniments to your demon shooting proclivities.

We’ll start simple. Foo Fighters are a rock band as opposed to a metal band (barring that one Bee Gees-inspired album), but the genres bear some similarities. The pumping guitars of The Pretender are sure to get your adrenaline flowing, and if you can max your streak before the chorus, singing along with Dave Grohl is the best way to battle demonkind.

Sticking with songs with a solid beat to shoot to, we had to opt for some Kendrick. Or at least, I did. I’m already half-expecting messages saying, “I don’t listen to rap ew,” which is a feat unique to the genre. You never get that when you say you listen to rock, do you? Anyway, you don’t have to play Rap: Hellsinger, but I’m going to, and King Kunta will be top of my list.

Dancing on My Own – Robyn

If you want to jam out to a pop song, you may as well make it the best pop song written in the past two decades. Go on, prove me wrong. And before my editor chimes in, no Taylor Swift song has ever come close to this banger. [Editor’s note: we presume Ben has never heard Blank Space, All Too Well, Champagne Problems, or Sparks Fly]. Killing demons might be tricky while wiping away the tears from your eyes, but it’s worth trying.

Stop! In the Name of Love – The Supremes

I’ve kept it relatively modern so far, or at least kept it within my lifetime. But Stop! In the Name of Love is a bop, even if it’s hard to imagine crushing skulls in time with. However, with a bit of patience I think it could really work. I’m imagining hearing the vocal tracks come in one at a time as your streak levels up, with Diana Ross’ harmonies finally entering the fray when you max it out. Who else would you want pushing you through the bosses of Hell than Miss Ross?

Back to the present, or at least the ‘00s, and we’re going for a more esoteric vibe. It’s easy to see how The Pretender and King Kunta would fit Hellsinger’s sonically-designed levels, and Dancing On My Own isn’t even that much of a stretch to imagine. But what’s the use of having a list like this if you’re not ready to push the limits? Clint Eastwood may be a little slow, but it’s got a distinct electronic drum beat which should be easy enough to time your shots to. If it’s not fast enough for you, try the Ed Case/Sweetie Irie Refix.

I couldn’t not include Prince, could I? I was tempted to go for one of his really wacky ones, but played it safe with a classic pop bop. Raspberry Beret has a great, funky beat and the artist formerly known as The Artist Formerly Known As Prince even counts you in. Does that make Raspberry Beret an easy mode? No chance.

It’s not Dolly’s best, but 9 to 5 probably has the best beat of any of her tracks, making it perfect to shoot demons in time with. I’m sure that’s what she had in mind when she was writing it. It’s also got a nice double meaning for us journalists who spend all day playing video games on the clock. That’s a joke.

This might be the only song on this list that won’t need to be repeated over the course of a level, but it’s also the one with the most variable rhythms. Parts of 1812 are slow and melodic, while others are upbeat and bombastic. It would be an incredibly difficult song to make work, to the extent that I think it could do with its own bespoke level to match its wildly different tempos, but the layers of instruments coming in one after another could work better than any pop, rap, or metal tune. The orchestra builds as you progress, and the cannons Tchaikovsky used as percussion – yes, that’s actual cannonball-firing cannons – would provide a suitably epic finale as you take on the Red Judge.

This might be a bit of a basic choice, but One Kiss is a banger and I can’t end this on Tchaikovsky, can I? It also reminds me of when Liverpool were actually good at playing football matches, so if I pretend all the demons have dulcet Mancunian accents I can take out my football frustrations, listen to a pop classic, and squelch some demons all at the same time. What’s not to like?