Today, Gearbox revealed a nearly four-minute look at Borderlands 3. The trailer was packed with details for fans, offering an idea of what the gameplay will be like as well as what some of Pandora’s wackiest and most beloved characters have been up to.

Here are our biggest takeaways. 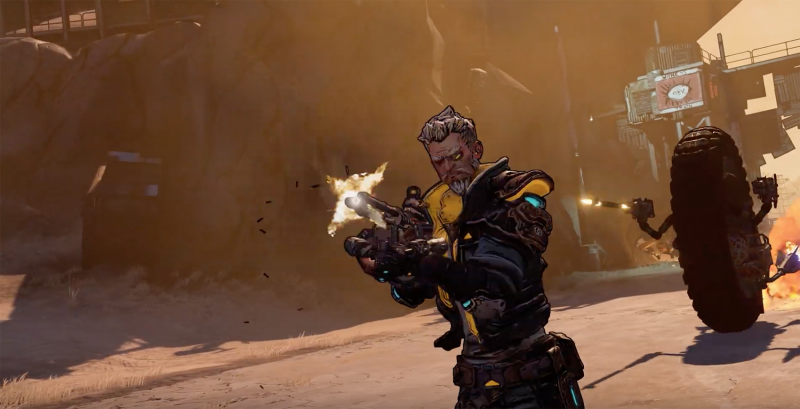 This is not necessarily a bad thing. After all, if it ain’t broke, so on, so forth. The bits of gameplay we saw in the trailer looked exactly like Borderlands 2, just with some new vault hunters and abilities. You roam around (on foot or in a vehicle), blast foes, and grab colorful loot while chaos reigns around you. Also, there are a lot of guns. Some of them have legs attached to them!

A Hunting We Will Go

A new Borderlands means a new pack of vault hunters. While their names weren’t revealed, we did get a sense of their play styles and visual look. One character is a roguish looking fellow with gadgets that allow him to create projections of himself (possibly for distracting foes). Another hunter seemed capable of taming wild beasts, while another had a mech at their disposal. The last hunter was a female siren capable of using energy attacks, but we didn’t seem much of her talents on display. 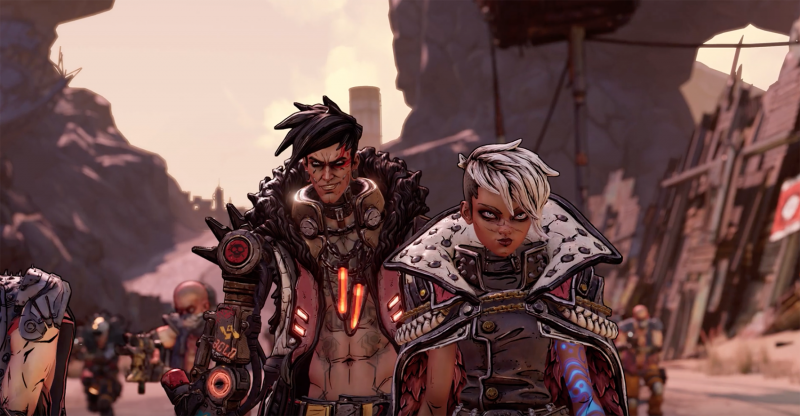 At long last, Handsome Jack’s out, baby. Two new faces crop up early in the trailer, and they are clearly the big bads. We don’t know much about them (outside of the fact they look like they’ve just stepped out of a Final Fantasy game) but one small scene did suggest that they had easily clobbered Lilith, one of the most powerful and clever characters in the Borderlands universe.

Speaking of Lilith, there were a lot of familiar faces in the trailer. Patrica Tanner, Brick, Marcus, Sir Hammerlock, and Ellie are all coming back. Tiny Tina is as well, but she’s an adult this go-round. The biggest surprise return is Rhys, one of the two protagonists of Tales From The Borderlands. He’s sporting a mustache and a look of (likely unearned) confidence.  No sign of Fiona or Vaughn (though he was seen in the Madness of Mayhem) teaser. 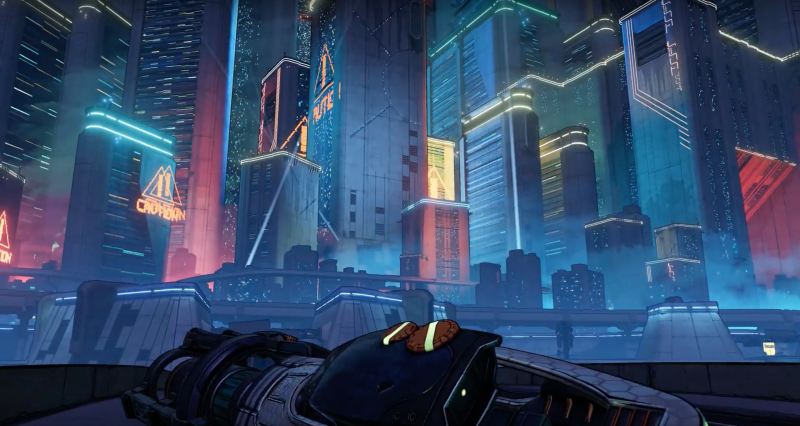 Borderlands 3’s trailer suggests we’re not confined to Pandora and its moon this time, literally spelling out “Explore The Worlds” at one point before showing off a number of settings. These locations include familiar deserts, swamplands, and a neon-lit futuristic city.

What A Lovely Day

Vehicles are back. Alongside the familiar dune buggies of death, strapped with machine-guns and so on, a hovertank made an appearance. It’s not clear if you’ll get to drive it, but we hope so!

For more on Borderlands, check out details on Gearbox’s other big reveal today: a remaster of the original game.