The fifth straight week of Deadpool challenges have arrived on Fortnite Island. Here’s what the masked Marvel anti-hero wants players to do this week.

Fortnite revealed a lot of new stuff when it launched the second season of its second chapter. However, perhaps the most exciting addition to the game was one that only eagle-eyed players watching the trailer will have noticed. The arrival of Deadpool. Everyone’s favorite R-rated Marvel character popped up a couple of times and then confirmed his arrival at the end of the Battle Pass trailer.

Since then, Deadpool has brought with him two new challenges every week. They’re usually pretty easy to complete, but come with a weekly Deadpool-themed reward. Some of the anti-hero’s challenges don’t even require players to take part in a match. Finding Deadpool’s stuffed unicorn in week five, for example.

Just like his milk carton and his chimichangas, Deadpool has carelessly left his stuffed unicorn lying around Fortnite HQ. There’s a reason why players won’t have come across it during weeks one through four too. The careless hero left it near the punchbag in Meowscles new agent room. The room, along with the new Meowscles Mischief challenges, was added as a part of the last update. 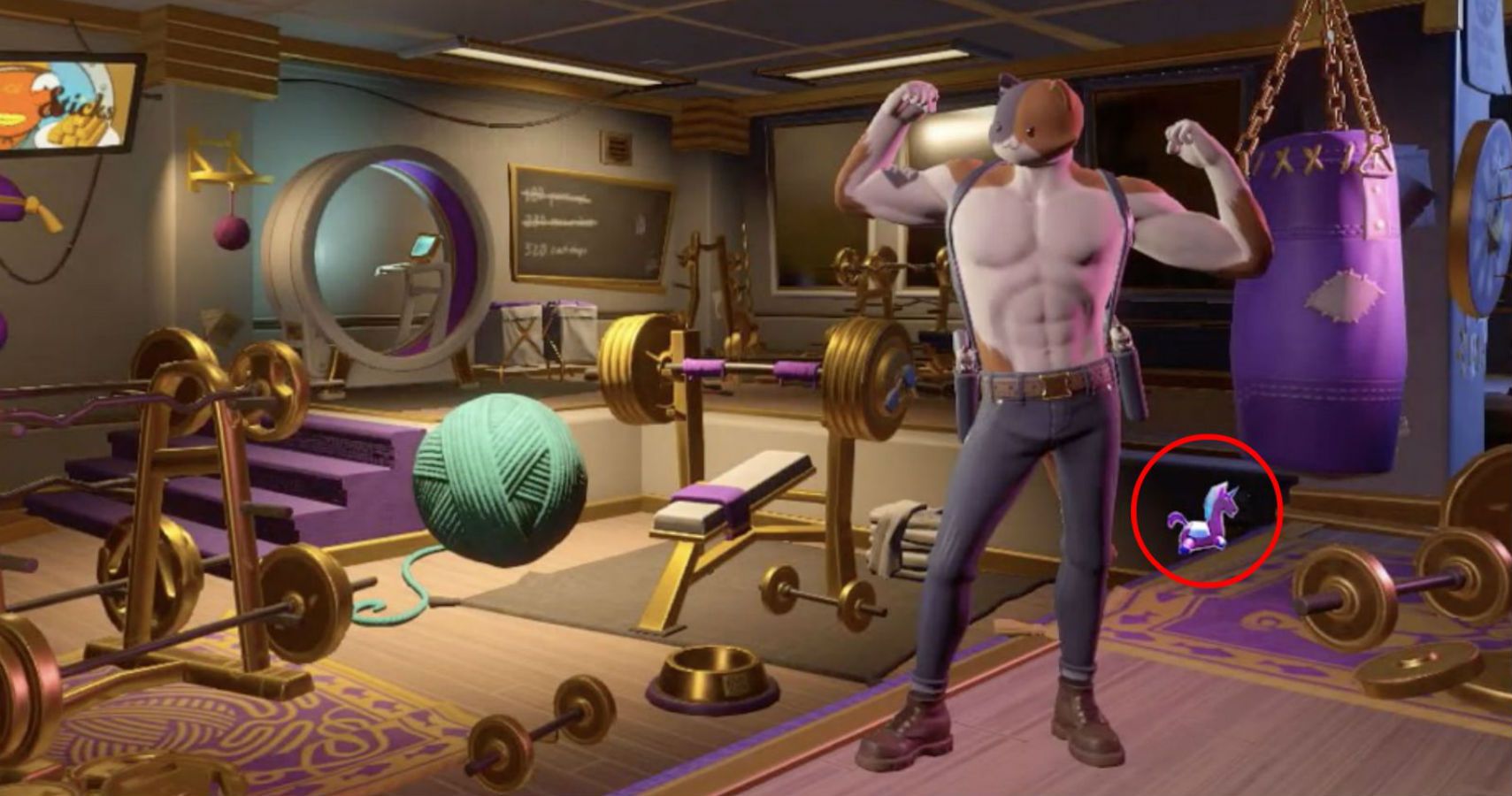 As always, completing the first Deadpool challenge will unlock a second. This one will require players to enter a match, or probably a few matches. Deadpool wants players to visit no fewer than five different color bridges, red, green, yellow, purple, and blue. They’re dotted around the island and rather than wandering around in the hope of stumbling upon them, we’d recommend using this map courtesy of Dexerto.

Once both of those challenges have been completed, that aforementioned Deadpool-themed reward will be unlocked. This one might be our favorite so far, although there is still no sign of that Deadpool skin which is really what we’re all here for. This week’s reward is a loading screen featuring an animated version of Deadpool tucked up in bed with a soft toy Cuddle Team Leader. Well worth hunting out bridges for.