High on Life might be the strangest game revealed at Summer Game Fest. While a lot of indie titles, particularly in the Devolver showcase, might claim to be more creative, there was an undeniable weirdness to High on Life. Justin Roiland continues to insist on using his Morty voice for everything, so even without the Rick & Morty logo on screen and the obvious R&M-style humour, it already feels like a Rick & Morty game without the weight of Rick tied around it. I'm going to plant my flag in the ground and say I think High on Life had the best trailer of the entire event, but I'm slightly wary that a good trailer doesn't always translate to a good video game.

Part of the reason I think it's so strange is the creativity involved. Rick & Morty has infected the animation scene, with several shows adopting its round eyeballs, thin line art, and big faces stylings. While vast amounts of creative animation exists, on the adult animation scene it's beginning to feel like everything is a copy of a copy these days. Games feel similar (way too many dark and gritty space games to open the show, Geoff), but in a completely different way. In airlifting an overused artstyle from animation into a medium that fetishises photorealism, it feels fresh again. There was no game that looked like High on Life revealed at the event, and that makes it all the more interesting. But even though it's new to gaming, it's not exactly new overall, and that's why it's strange.

The humour also seems to have carried over from cartoons – another rarity for gaming. Can you think of the last time a game consistently tried to be funny and nailed it every time? I don't mean the depressing, we will never escape the evils of fascism kind of funny that Disco Elysium is, I mean real funny. Haha funny, not sad funny. A few games attempt it, but they're usually way over the top and quickly circle back around to being annoying. Journey to the Savage Planet, the closest game in artstyle to High on Life, is probably the best example of this, and that got old before the credits rolled too. Plus, that game had you mostly on your own, with the humour coming through sound effects, Achievements/Trophies, or the satirical adverts that played back at your base. It didn't have a talking gun that had to deliver lines with Groucho Marx speed, Jim Carrey slapstick, Andy Kauffman weirdness, Sarah Silverman wit, and Bill Burr edge. 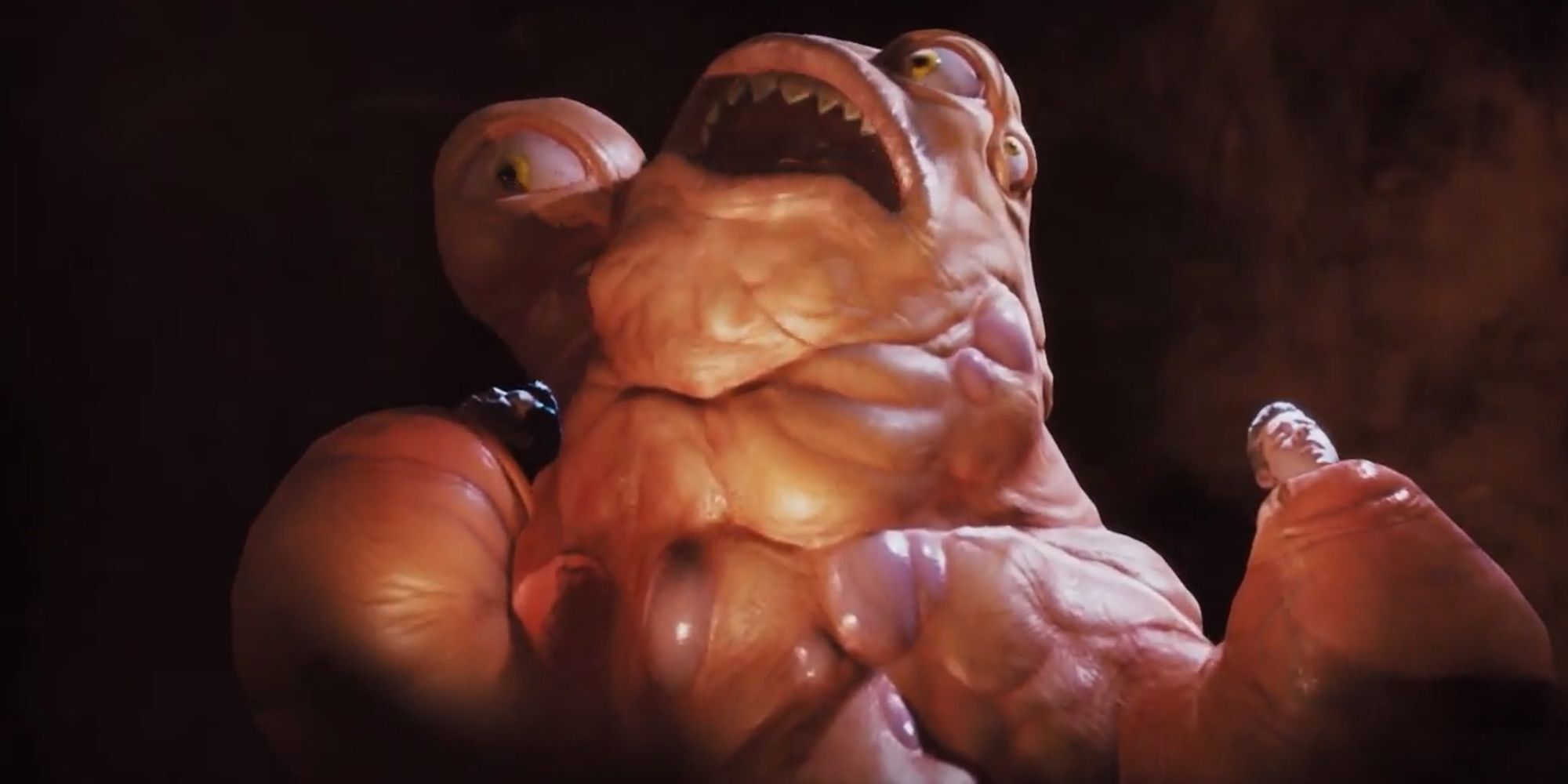 Of course, the trailer has all that. Every line from the guns land and feels as funny/dark/gross/silly as it needs to be, while the charmingly over the top animation carries any jokes that might clunk. But we've only seen two minutes of it. Can the game keep this up across the entire runtime? I'm expecting it to be a 15-20 hour affair, not a sprawling epic, but that's still a long time to make someone laugh and keep them laughing. For comparison, assuming 22 minutes per episode, Rick & Morty's entire duration comes to 18.7 hours. And a) it has some bad episodes and b) that's where the show has total control, not a video game where we have some freedom to wander and experience the game in our own order at our own pace. Interdimensional Cable works because whenever an idea gets too stupid or runs out of steam it immediately dies and becomes something else. You can't do that in a game. If a bit isn't funny and it's also the bit you end up stuck at, you're screwed mate, sorry.

High on Life is mostly strange because, as something fresh and unique, it has the highest potential to surprise. But as something entirely reliant on a specific type of humour to prop it up, it also has the biggest pitfall in front of it. Gameplay looks engaging but simple, which means it won't get in the way of the game's wackiness, but it won't save it either. It's the only trailer that leaves me desperate to see more, yet terrified of the disappointment. Is this what hype feels like? I'm not sure I enjoy it.