Because we can never have enough sanity-threatening cosmic horror or ancient Roman Empire context in our tabletop roleplaying games, the excellent Bundle of Holding site is here with the Cthulhu Invictus bundle. This bundle presents most of the Cthulhu Invictus product line from Golden Goblin Press for Call of Cthulhu 7th Edition. Six PDF ebooks are offered across two collections in this bundle, which ends on Monday, August 31st.

In Cthulhu Invictus, we become Roman investigators tasked with protecting the Roman Empire and all of the known civilization from the dark and sinister forces that threaten mankind. Centuries before Miskatonic University was even a thought, it’s the Age of the Antonines (AD 145), the Roman Empire is at its peak, and primal wizards and vile cults seek to work their chaos into Roman culture. It’s up to us everyday Romans, from common plebs on the streets to gladiators of the Colosseum, to aristocrats of the Roman Senate, to thwart their plans and keep the Roman Empire intact.

The Cthulhu Invictus Starter Collection bundle includes the complete 197-page Cthulhu Invictus sourcebook, two fiction anthologies (Tales of Cthulhu Invictus and Further Tales), and other items originally created for the successful March-April 2020 Invictus Kickstarter campaign, all for just $7.95. Paying more than the threshold of $18.97 will earn you the Bonus Collection bundle consisting of the Heroes and Heroines of the Shadow War sourcebook of 21 pre-gen ready-to-play Roman investigators, and the De Horrore Cosmico and Fronti Nulla Fides scenario collections. 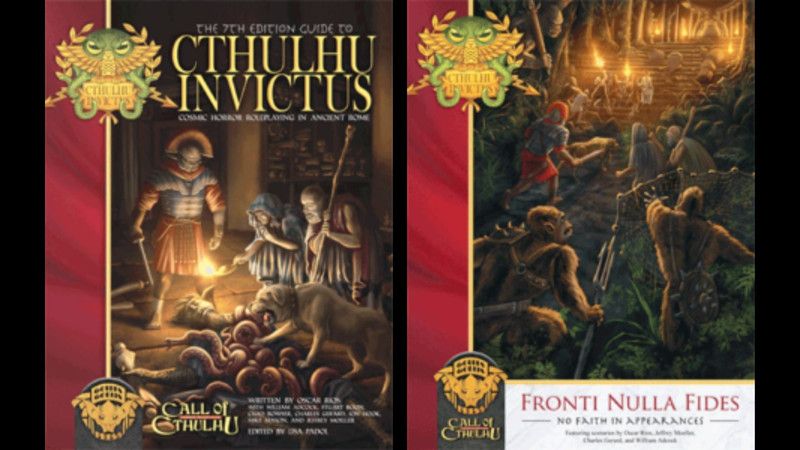 After Bundle of Holding gateway fees, ten percent of the proceeds from this bundle goes to help support the Direct Relief charity. “Direct Relief sends protective gear and critical care medications to health workers, with emergency deliveries daily to medical facilities across the US and Canada and to regional response agencies around the world.”

As of this writing, you have 13 days left to grab the Cthulhu Invictus Bundle of Holding, so make haste.

Zagreus’ Accent In Hades Was Inspired By Loki From THE MCU