House of Ashes is the third installment of The Dark Pictures Anthology, a series of games developed by Supermassive Games and published by Bandai Namco. Released in October 2021, the game is set during the 2003 invasion of Iraq and follows a group of American and Iraqi soldiers as they try to escape and survive after falling into an ancient structure.

Like previous Dark Pictures games, House of Ashes gives you control of a group of characters who must work together and build relationships amongst themselves to make it out alive. With personalities clashing and beliefs and values tested, certain characters' capacity for change proves useful and vital to survival while others struggle in the face of adversity. 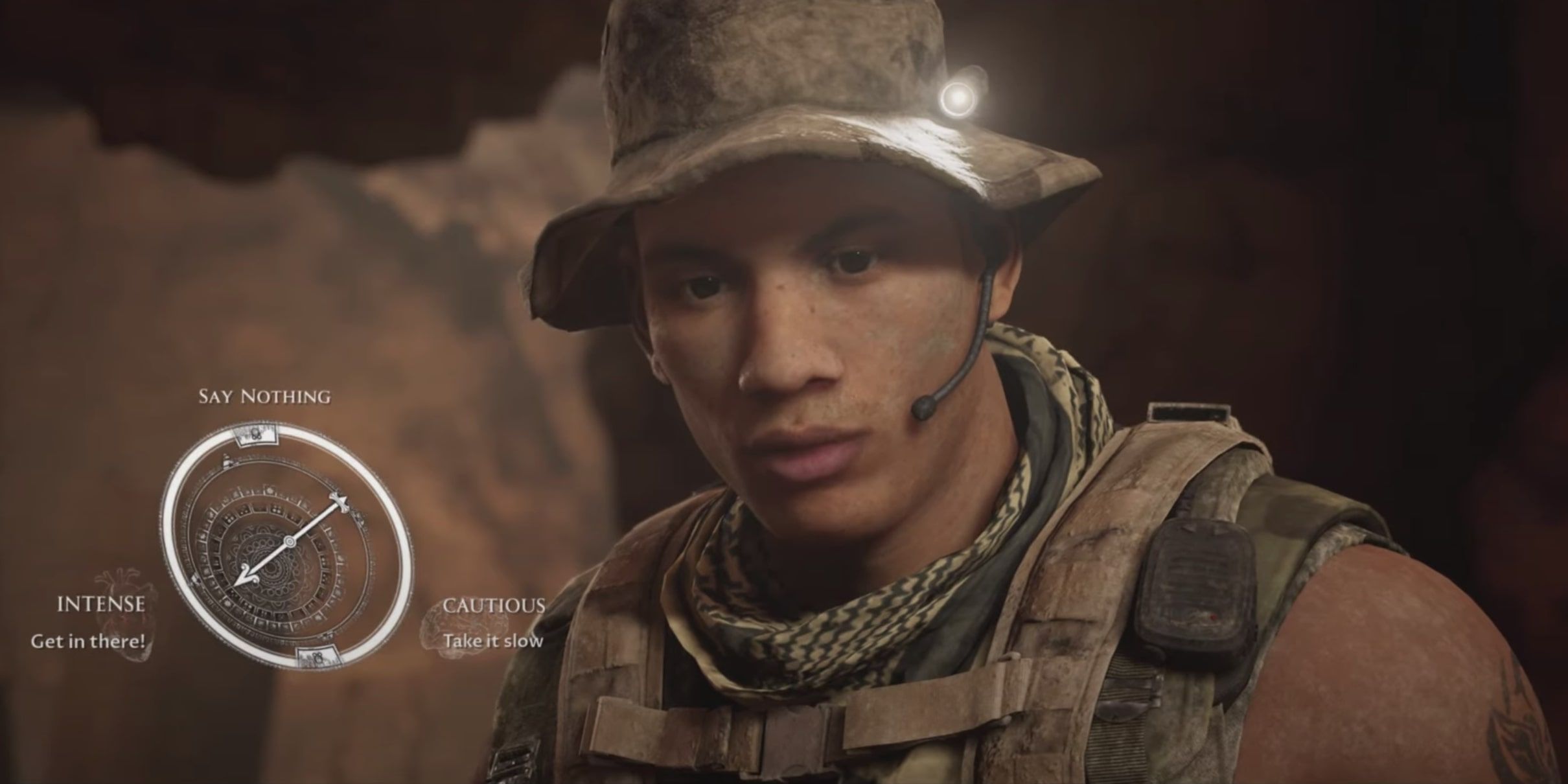 Nick Kay is a Sergeant who is first introduced as a soldier struggling to overcome the trauma of his previous actions and experiences. This inner turmoil causes tension between him and his superior Eric. Despite being a hardened soldier, Nick is softer spoken and sympathetic towards the Iraqi people and is understanding of the struggles of war.

While he is a capable soldier, his self-doubt and indecision can cause problems throughout the game and complicate combat scenarios and decisions that need to be made. The love triangle between himself, Rachel, and Eric can either make him more secure within himself or become cold and reckless, depending on the way this point of conflict is resolved. 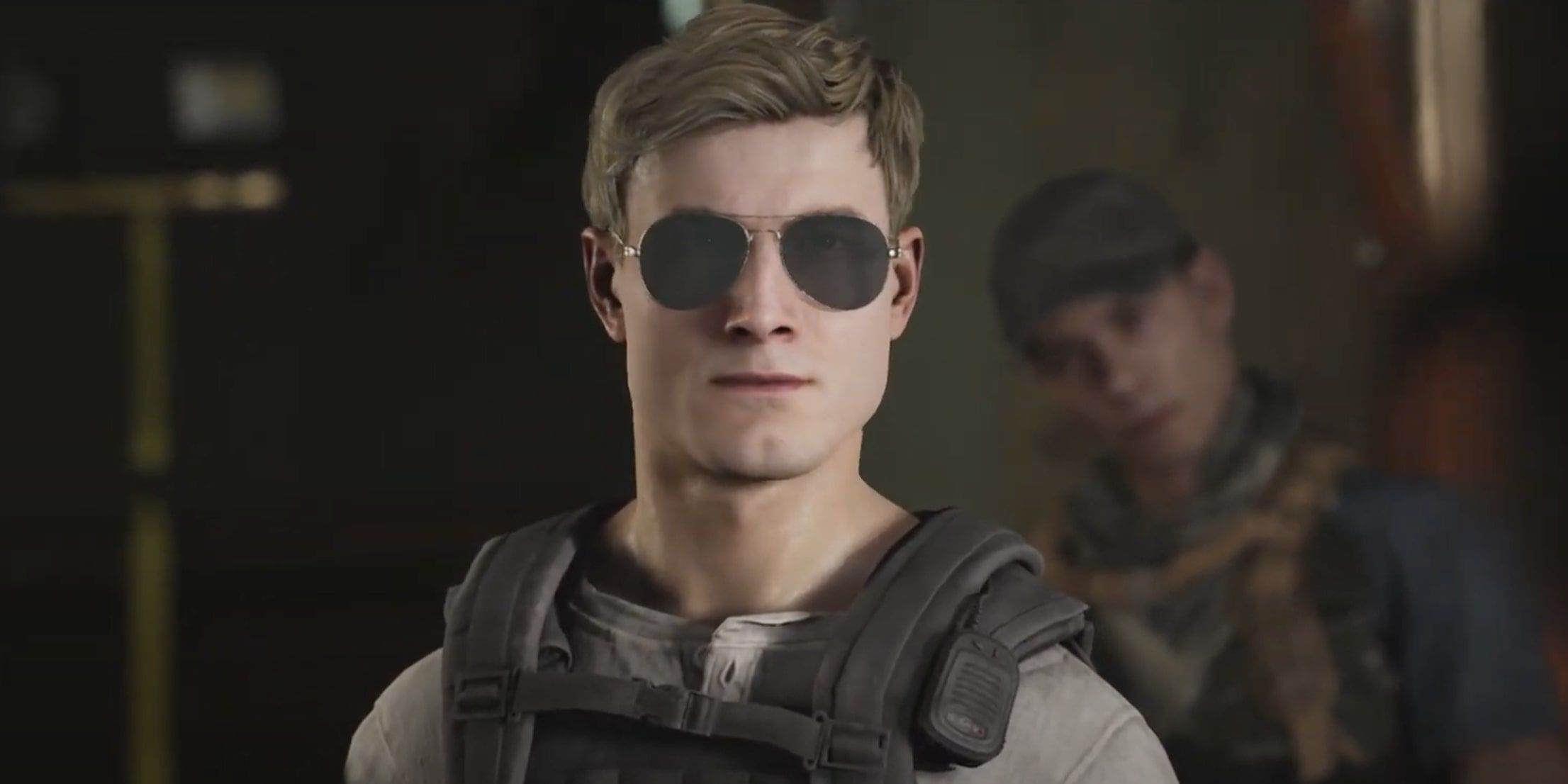 Eric King is the husband of Rachel King and is the commanding officer of the raid. While his combat experience and expertise are limited, he is presented as an intelligent and driven man. However, his insecurity often clouds his judgment and impacts his decision-making as a leader throughout the game.

He is disrespectful to most of the soldiers working on the operations, largely a result of his fear of being undermined in his role. He crumbles under the weight of his responsibilities for the majority of the game and is more focused on repairing his relationship with Rachel than on surviving the pursuit of the Vampires that lurk in the ruins. Towards the end of the game, Eric does have the capacity to show moments of bravery and redemption, however his inability to work with the others and his lack of combat skills make him more of a liability when things take a turn for the worst in the game. 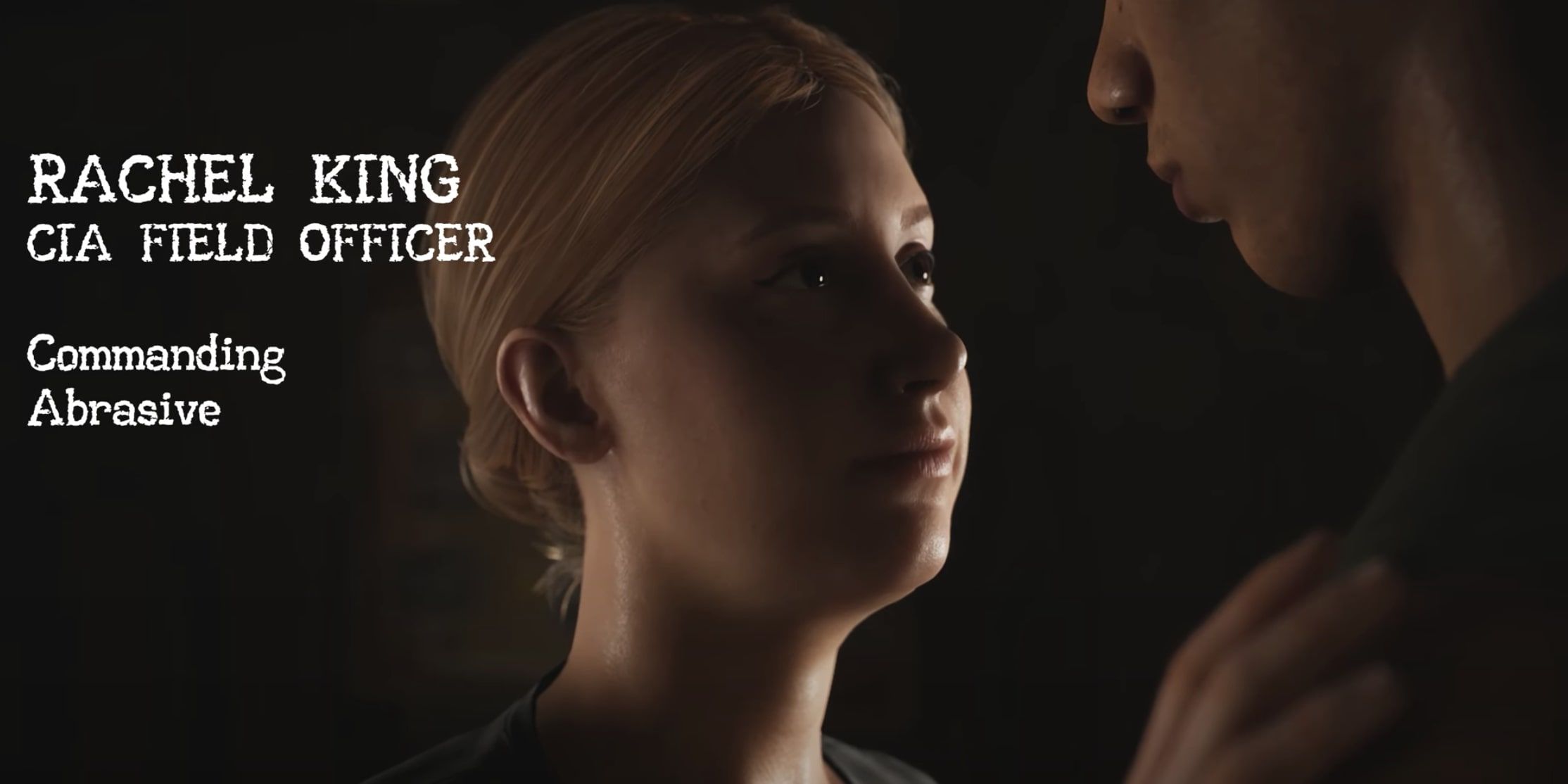 Rachel King is the only female playable character in the game and is the commanding officer of the American Team in the game. That is until her husband Eric King arrives which then leads to her being stripped of her command. However, this doesn’t stop her from taking charge and doing what she needs to survive and uncovering the secrets of the areas you're exploring.

She is fiercely independent and often acts cold and detached toward her fellow soldiers. As the wife of Eric and current lover of Nick, Rachel finds herself caught in the middle of much of the internal conflict and drama in the game. However, her leadership skills and logical personality never let this cloud her judgment and decision-making when saving her team from the vampires. She is responsible for making some of the hardest choices in the game, so keeping track of her character development and relationships with others is pivotal for a successful playthrough. 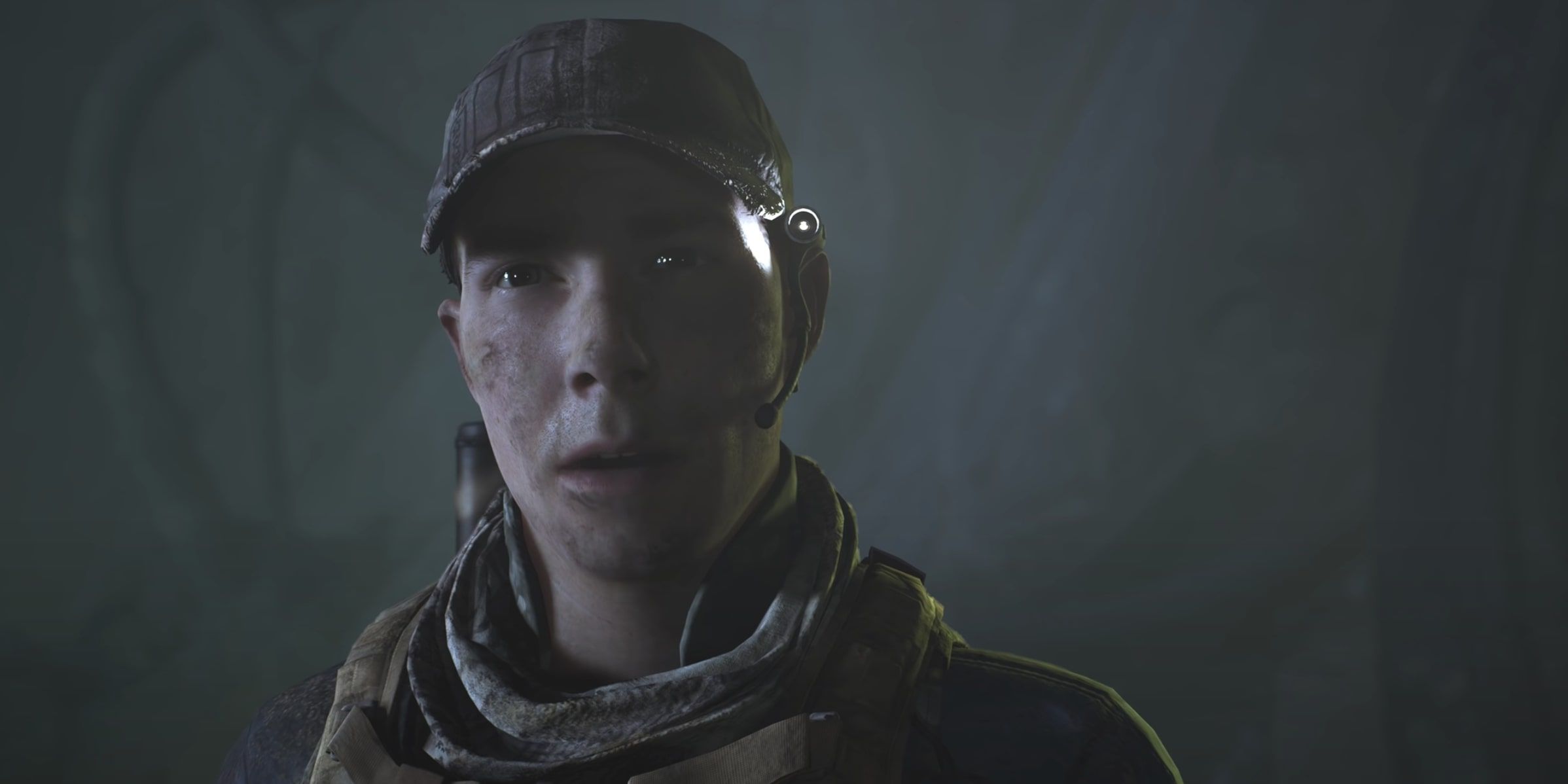 First Lieutenant Jason Kolchek is originally introduced as an abrasive and calculated soldier, one who seems unwavering in his thoughts and opinions. His love for country and patriotism is clear, as is his dislike and combative attitude towards the Iraqis. And while decision and dialogue choices further his intolerance, gamers also can transform Jason into one of the most likable, heroic, and kick-ass characters in the game.

Despite his cold exterior, Jason’s humanity and vulnerabilities shine after he teams up with Salim, both men working together to escape the underground and save the others. He can save Salim from the Vampires when all the others tell him not to, and he constantly puts himself in harm’s way to ensure the survival of his comrades. Actor Paul Zinno does a fantastic job of portraying a soldier who can go against preconceived opinions and become one of the true heroes of House of Ashes. 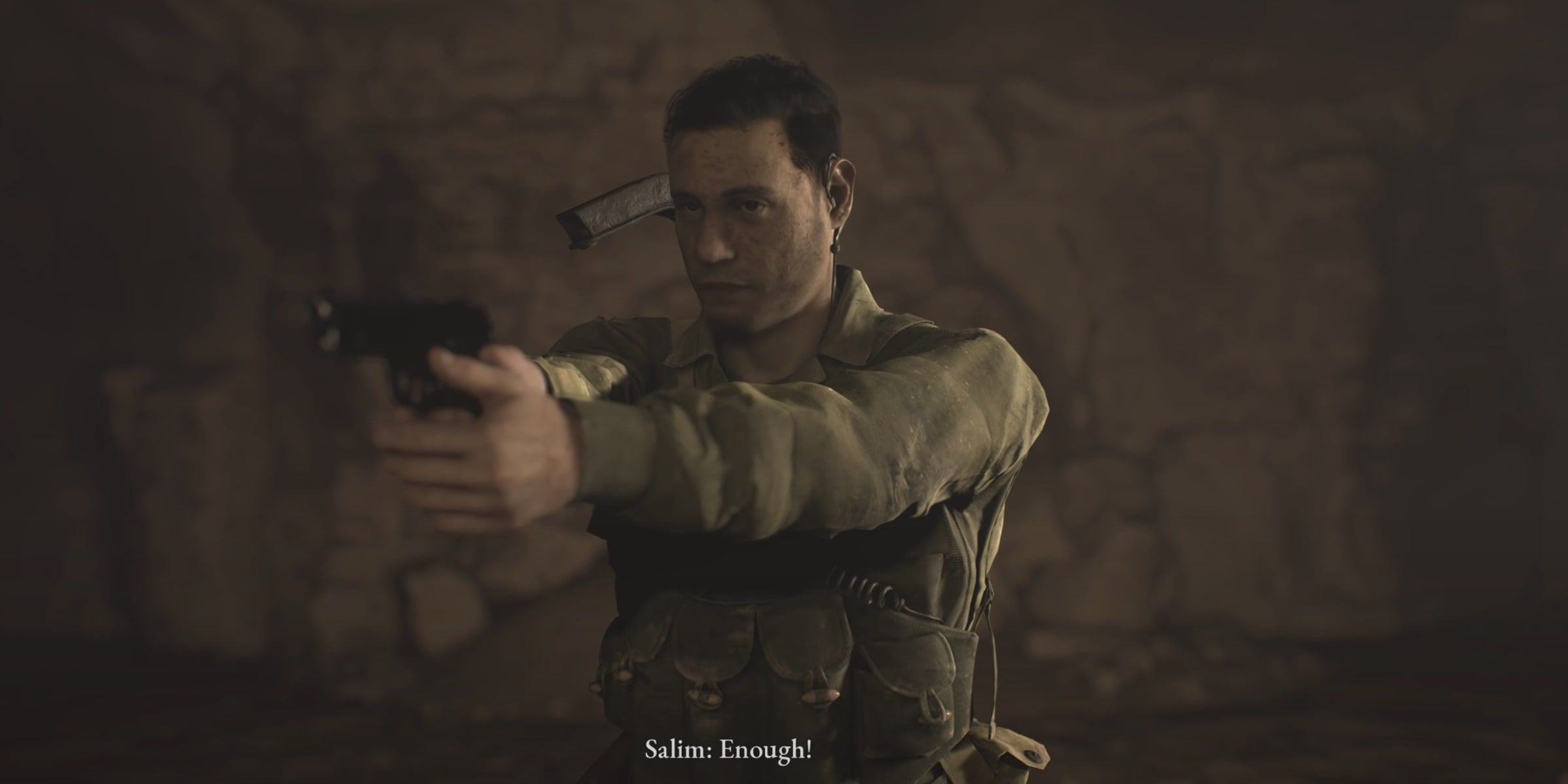 Lieutenant Salim Othman is part of the Iraqi Ground Forces and is the only non-American playable character. His inclusion in the game and the role he plays is the most compelling narrative to follow. While he might be a veteran soldier, his main motivations are to get back to his son and make sure he is safe. The bond and trust he can form with Jason by the end of the game is the best relationship of the whole game.

His optimism and willingness to work with the Americans make him an extremely likable character. Someone who can put his personal beliefs and grudges aside for the greater good. His ability to think completely for himself and question the surrounding things challenge the other characters and ultimately brings out the best in those around him. His quick thinking and capabilities during combat scenarios are vital to saving not only his own life but those around him too.