Battling is one of the biggest parts of Pokemon, and this remains true in Brilliant Diamond & Shining Pearl. Facing off against another team of formidable 'mons is as fun now as it ever has been, and whether you're looking to get into battling online, or taking on the battle tower, having a strong team is key.

Picking strong Pokemon and giving them good moves is only a part of the puzzle, however, as there are many behind-the-scenes stats that affect a Pokemon's competitive prowess. One level 100 Charizard might be significantly weaker than a seemingly identical level 100 Charizard, all due to these crucial stats. Here's everything you need to know about helping your team reach their full battling potential.

What Factors Affect A Pokemon's Stats? 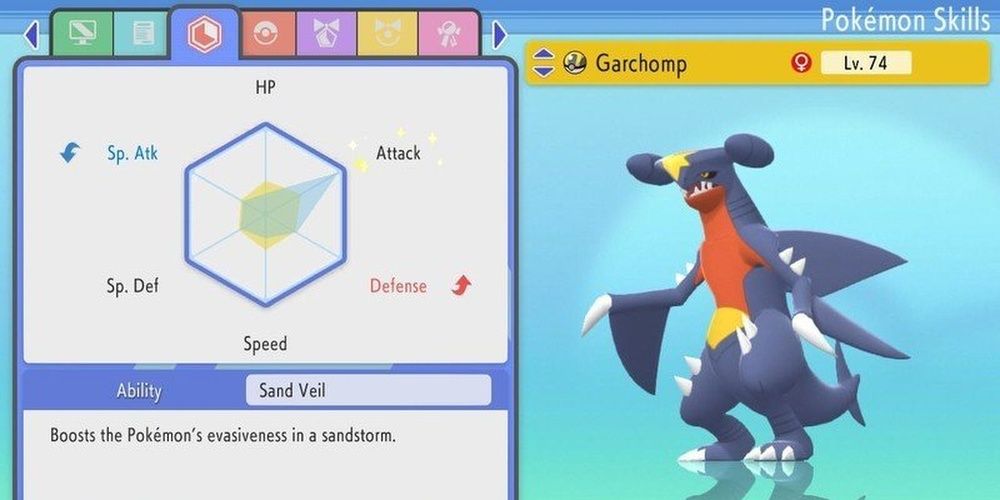 Every species of Pokemon has baseline stats. As the name suggests, these are baseline values to indicate roughly how powerful is within any given stat. On top of that, as a Pokemon levels up, its stats increase at a standard rate, which is why level 100 Pokemon are stronger than level 1 Pokemon. Beyond these, however, are the aforementioned behind-the-scenes factors. 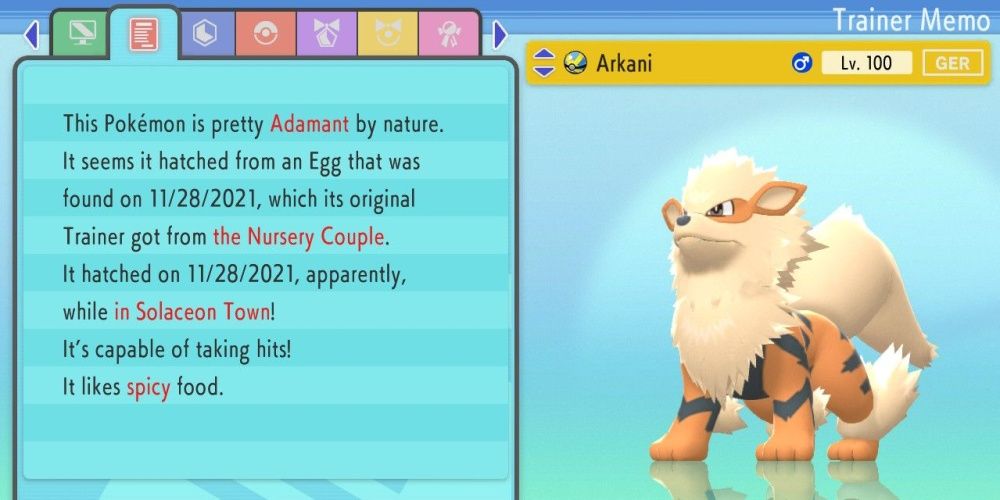 The first major part of the equation is a Pokemon's nature. There are 20 natures a Pokemon can have, and most natures provide a boost to one stat while dropping another. There are also some "neutral" natures that don't affect stats at all. In order to have the highest possible value for a given stat, a Pokemon must have a nature that benefits that stat. 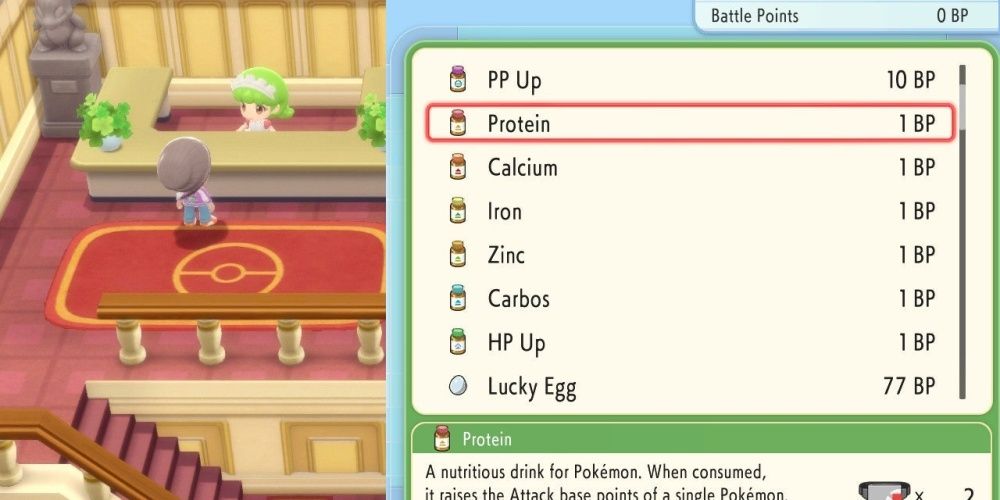 Next, there are EVs, which stand for effort values. A Pokemon can have 510 EVs in total, and for a stat to be maxed out, 252 EVs are required. This means you can max out two stats with EVs and add a handful to a third stat.

A stat with maxed EVs is substantially higher than a stat without, so EVs are a good way to power up underwhelming stats, or further boost the most formidable stats on your Pokemon. As with natures, for a stat to be at its highest possible value, it will need the full 252 EVs. 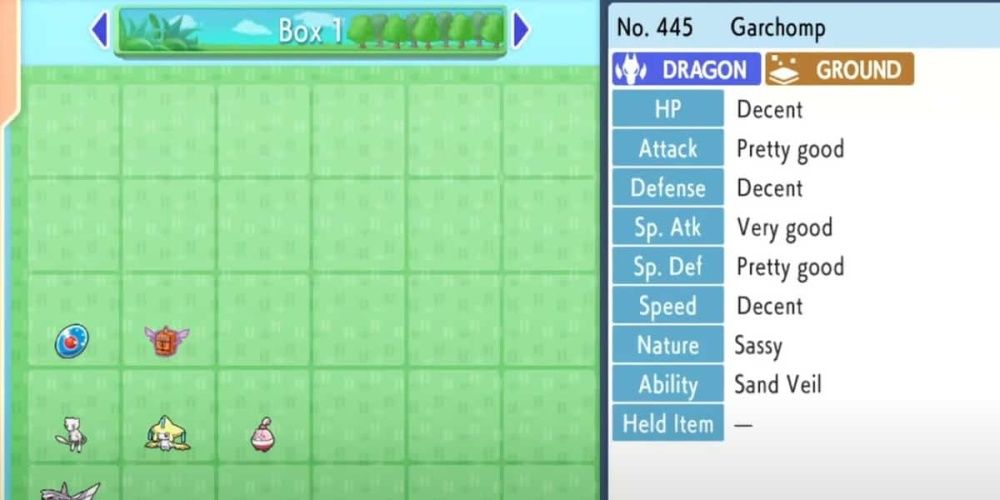 The last piece of the equation is IVs, which are a bit like EVs, in that they're values that further affect a Pokemon's stats. Unlike EVs, however, they're not as easily controlled by the player, and it's not a case of picking stats to give IVs to — every stat has an IV, and instead you need to worry about the IV being high.

IVs range from 0 to 31, and the higher the IV for a given stat, the higher that stat will be. IVs are like genes, in that Pokemon simply have them, the same way they have a gender or ability. Putting everything together, if you wanted your Empoleon to have the highest possible defence stat, it would need to be level 100, have a defence-boosting nature, have 252 defence EVs, and a defence IV of 31.

How To Change A Pokemon's Natures 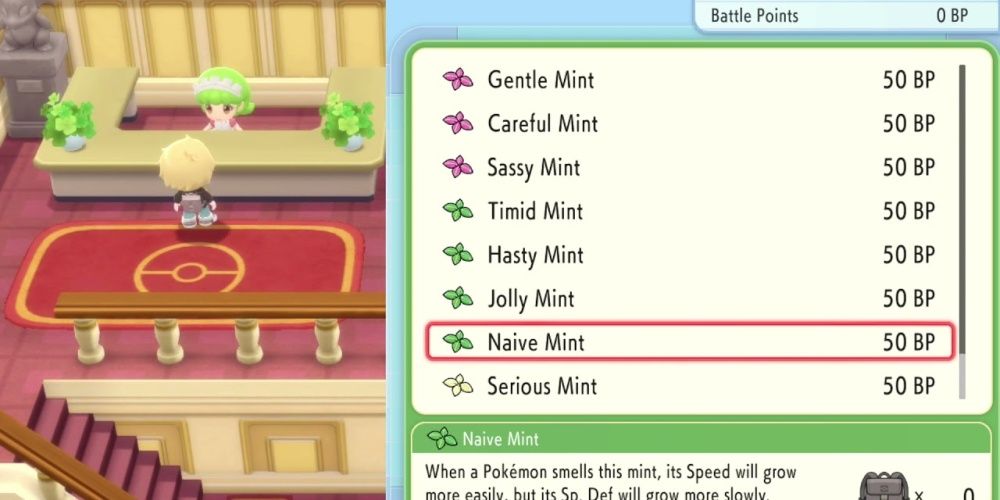 Now that you understand what all these mechanics do, let's get to work changing them. The first thing to do is decide what nature you want for your Pokemon — typically, it's best to lean into your Pokemon's highest stat — defence or special defence for tanks, attack or special attack for heavy hitters, or speed for Pokemon who rely on attacking first. As for the stat to reduce, it's a good idea to choose the unused attacking stat, since taking from anything else would ultimately be detrimental. This means if your Pokemon is a physical attacker, reduce the special attack stat, and if it's a special attacker, reduce the attack stat.

Once you know what nature you want, unlike in older games (such as the original Diamond and Pearl), it's thankfully rather easy to change it. Make your way to the Battle Tower, where you'll find the shop. The counter on the left sells all kinds of helpful items for powering up your Pokemon, including nature mints. These are costly, coming in at a whopping 50BP, but with a bit of grinding you can reach the required amount quickly enough.

Buy the mint that corresponds to the nature of the Pokemon you want, and use it on your Pokemon. The actual nature listed on the summary screen won't change, but if you look at your Pokemon's stats screen, you'll see the arrows have changed to reflect the new nature, meaning you're part of the way there to maximising its potential.

How To Change A Pokemon's EVs 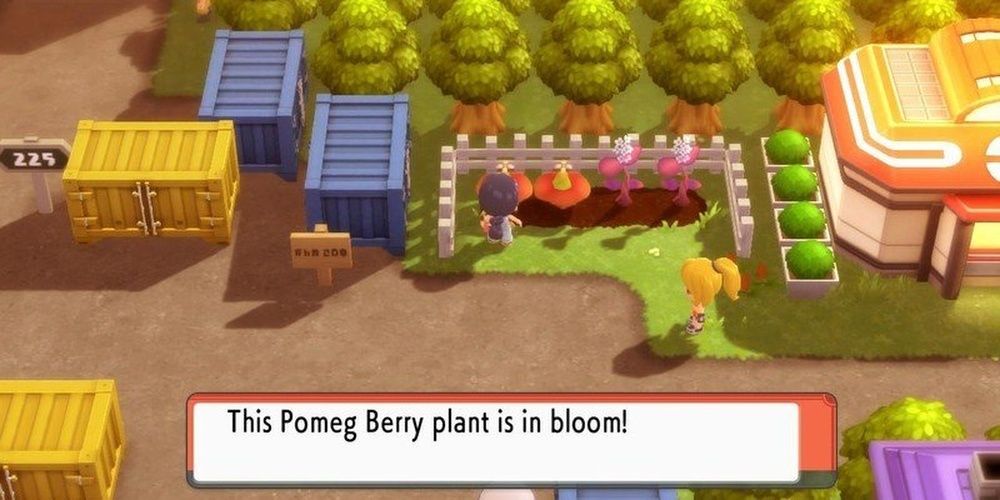 The traditional way of giving your Pokemon EVs is actually through battling. When a Pokemon knocks out another Pokemon in battle, it gains 1-3 EVs for a stat (normally the highest stat of the defeated Pokemon species). This means that you can add EVs to your Pokemon simply by grinding against wild encounters of the same species, and keeping track of how many you've knocked out.

What it also means, however, is that if you've ever used your Pokemon in battle before starting the process of getting it ready for competitive battling, it will already have some EVs, which might not be the ones you want. Not that there's any way to see what they are. Fortunately, EVs can be removed, with each of the following berries taking 10 EVs away from the corresponding stat:

These berries can be purchased from the Battle Tower shop for 10BP each, and once you have them, they can be farmed like any other berries by planting them around Sinnoh, meaning you can get plenty of berries to ensure your Pokemon have no unwanted EVs. 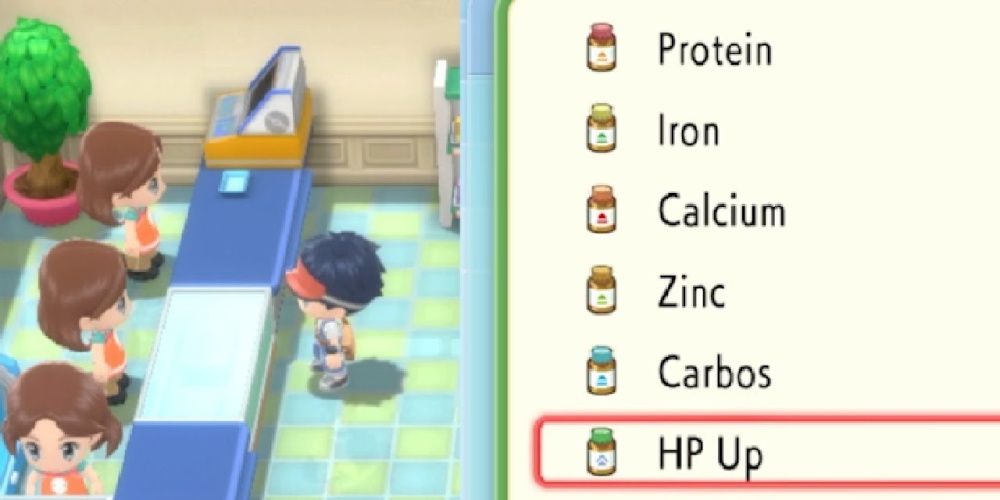 Once you're sure your Pokemon is clear of EVs, you can begin the aforementioned grinding process if you want, but there is a quicker way. Vitamins add 10 EVs to a corresponding stat, and can be purchased in the Veilstone department store. Buying 51 vitamins is obviously expensive, but fortunately farming money in BDSP is a simple process. You can also buy vitamins at the Battle Tower shop for 1BP each, though getting them from the department store is probably quicker.

Here are how vitamins match up to EVs:

Once you have all your EVs sorted, all that's left to take care of is IVs.

How To Change A Pokemon's IVs 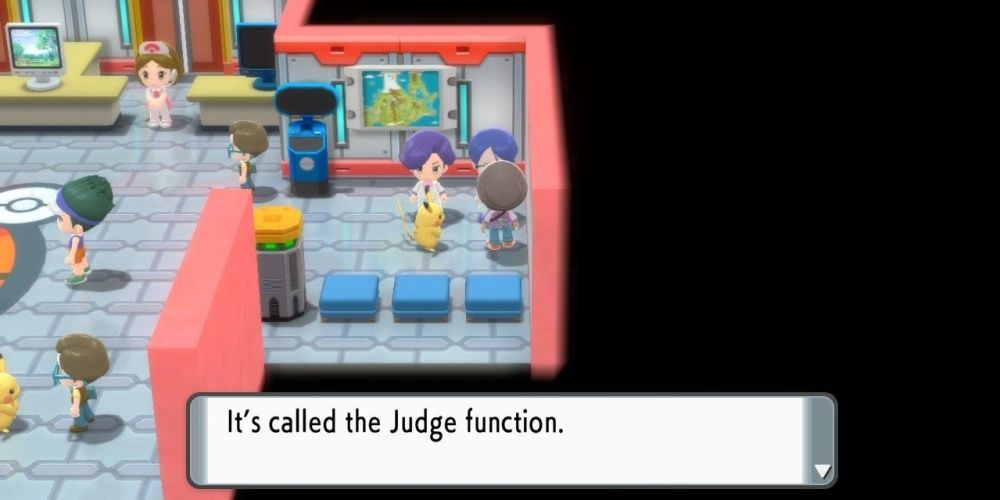 Before you start thinking about changing IVs, you'll first want to be able to see IVs, as unlike EVs, it is actually possible to check a Pokemon's IVs. Inside the battle tower, talk to the man by the wall on the right, and he will give you the "judge" function, which you can use from the party or box screen to check a Pokemon's IVs. It won't tell you the exact value, but it will give you an idea of how high they are, and crucially, you'll know if an IV is 31 as it will say "perfect". 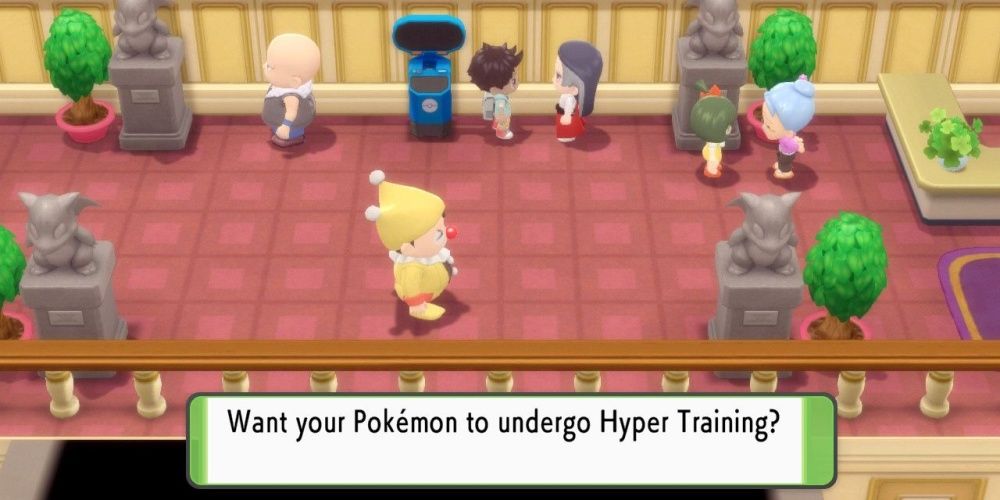 Assuming you don't have five perfect IVs (you don't need to worry about perfecting attack on special attackers or special attack on physical attackers), you'll want to change them. This can be done through hyper training, which you can access by talking to the man to the right of the PC in between the two Battle Tower shop counter. For one bottle cap, he will max out one IV. Give him a golden bottle cap, and he'll max out all six. A Pokemon has to be level 100 to undergo hyper training.

Bottle caps are the all-important currency then, and you can buy them from the Battle Tower shop for 25BP each. Golden bottle caps can be obtained only through winning streaks in the master class, so they're a very special reward indeed.

If you're fed up of grinding the Battle Tower at this point, there is another way to get bottle caps, but it's tedious. The ability pickup causes any Pokemon with it to have a 10% chance of obtaining a held item after winning a battle, and if the Pokemon is above level 70, there's a very small chance that the item will be a bottle cap. Fill out your team with high-level pickup Pokemon (such as Pachirisu) and repeatedly knock out wild Pokemon, and you can essentially farm for bottle caps.

With your IVs sorted, your Pokemon is now as strong as it can be and ready to take on the fiercest of opponents. Though getting battle-ready is a long process, it can be a fun one, so enjoy working on your team, and have fun seeing your hard work pay off!