Pokémon Sword and Shield are finally here, which sparked a slew of new questions about its biggest addition: The Wild Area. Acting as an overblown new take of the Safari Zone, the Wild Area allows players to roam varied biomes in search of new Pokémon, participate in Max Raids, cook, and advance the relationship with your team. Here are six tips for trainers looking to get the most out of Pokémon’s newest realm. 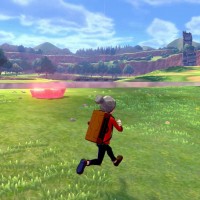 Watts Are A Trainer’s Best Friend

While the normal currency used to buy potions and pokéballs still exists in Sword and Shield, Game Freak added a new form of money to aid in your adventure called watts.

You can find the new currency in a few different ways across the Galar region. The easiest way for trainers to harness watts is by locating the different Max Raid pads in the Wild Area. Even if there’s not a Pokémon to battle, players can retrieve a varied number of watts from each pad. Patient players will reap greater rewards though; it’s advantageous to wait for an actual Max Raid battle as each location produces more watts when a Pokémon is slumbering in its den.

The second way to accrue the new currency is to battle and capture Pokémon. However, not every Galarian monster holds that sweet, sweet wattage. Throughout the Wild Area and varied routes, players will stumble upon Pokémon emanating a yellow glow of energy that signifies that they’re coursing with watts. After a battle, players redeem their prize and look for something to spend them on. 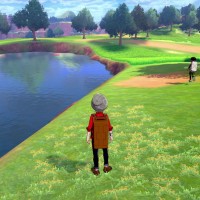 Where To Spend Your Riches

Now that you’ve accrued a bounty of watts, what do you do with them? That’s where the friendly NPCs of Galar come in.

The Watts Traders are located at the start of the Wild Area, the entrances to Motostoke and Hammerlocke, and are scattered around the new zone. These specific traders have pokéballs, rare TMs, and Wishing Pieces for sale that are harder to find elsewhere. Utilizing their wares is a must towards the end of the game.

You can also customize your outfits, improve your bikes performance, and take part in races, so be sure to frequent their stores every few gym battles.

Different traders will give you different ingredients, TMs, and pokéballs, so be sure to check your map to see where each NPC lives. 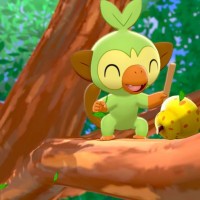 Cooking For Your Crew

Similar to real life, cooking exciting dishes is key to a lasting friendship with your poké-pals. While you can set up camp outside of the Wild Area, you do most of your cooking in Sword and Shield’s largest zone.

Players can combine the ingredients they find, purchase, or gather from trees all over Galar to bring their curry concoctions to life. Successful dishes not only heal your Pokémon but boost their experience points and friendship level. The more you experiment with curry recipes, the better they’ll taste and the greater benefits each dish will have. But to achieve better recipes, you must discover new and varied ingredients.

There are ingredient sellers all over the Wild Area, and just like the Watts Traders, each vendor sells different ingredients. 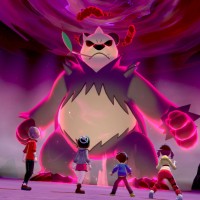 One of the big new additions to Sword and Shield takes a page from Pokémon Go’s raid battles. To access these powered-up Pokémon, players must traverse the Wild Area looking for their glowing dens. While some may be eradiated with a pink glow, players cannot battle a creature inside unless there’s a distinct light shooting toward the sky or if they have a Wishing Piece in hand.

Once you find a den with a creature, you plan for the eventual battle. You can anticipate the battle difficulty by using a star system, which also lets you see a blacked-out sprite of the Pokémon inside. This menu also contains options that allow players to choose to take on the Dynamaxed creature with NPCs or online friends as well as which single team member they will take into battle.

Once the battle commences, players must coordinate their moves and choose who will Dynamax their Pokémon to catch the titanic foe. As the Dynamaxed Pokémon takes more damage, it starts to shield itself, wipe out player buffs and execute two moves in a single turn. Coordination is important because a team can only Dynamax once and the battle does not rage on forever. When four squad members faint or ten turns pass, the opponent will fling players aside, and the match is over.

When victory is achieved, the spoils of war are bountiful. On top of catching the beast, players receive rewards such as Pokémon candies, TMs, treasures to sell, and varied berries to name a few. 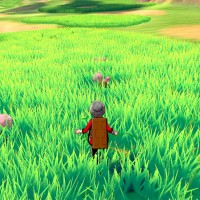 While Pokémon Sword and Shield opens the world in new and exciting ways, it restricts you in others, especially when it comes to catching new friends. In previous entries, players were free to throw pokéballs at whatever creature they encountered.

Sword and Shield handles this differently, preventing you from even tossing a ball at certain Pokémon if their level is too high. This wouldn’t be an issue, except the starting grounds of the new area are full of Pokémon above your current team’s level. The more gyms you complete, the more higher-level Pokémon you can catch, so you’re better off progressing through the story a bit before coming back. 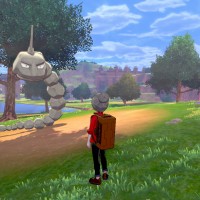 The promise of the Wild Area is great, and I found it tempting to explore everything the moment I arrived. While I’d never get in the way of anyone’s good time, it’s more advantageous to only explore the opening section of the map for a few reasons.

The deeper you delve into the Wild Area, the tougher the Pokémon become, and with the limited catching mechanics, the number of high-level creatures limits your ability to explore.

On top of Pokémon getting in your way, certain areas of the Wild Area are blocked off until players receive a bike upgrade that allows them to paddle over water.

Instead of wasting time against creatures you can’t catch and places you can’t reach, head to Motostoke after your time in the opening area to continue the story and power up your team.

With Pokémon fever at an all-time high, be sure to check out our review of the game and our full month of coverage during our November cover story.

With Pokémon fever at an all-time high, be sure to check out our review of the game and our full month of coverage during our November cover story.