If you've been playing loads of Makai Kingdom: Reclaimed And Rebound, you might be wondering if the game has established sets of ultimate weaponry and armor. And while it would hardly stun players to know that, yes, there are peerless blades and perfect chestplates, the good folks at Nippon Ichi have run the full gamut with more comical fare such as sterling frying pans and such.

It's possible to complete Makai Kingdom's main story in a couple of dozen hours, but most players will be in it to win it, to experience the diverse content available beyond the brisk tale of how Lord Zetta got his groove back. Most of this content will test your skills more thoroughly than Salome and Alexander ever did, so let's do a deep dive on where you can find all the best equipment in all the Kingdom of Makai.

All the Best Weapons and Armor In Makai Kingdom 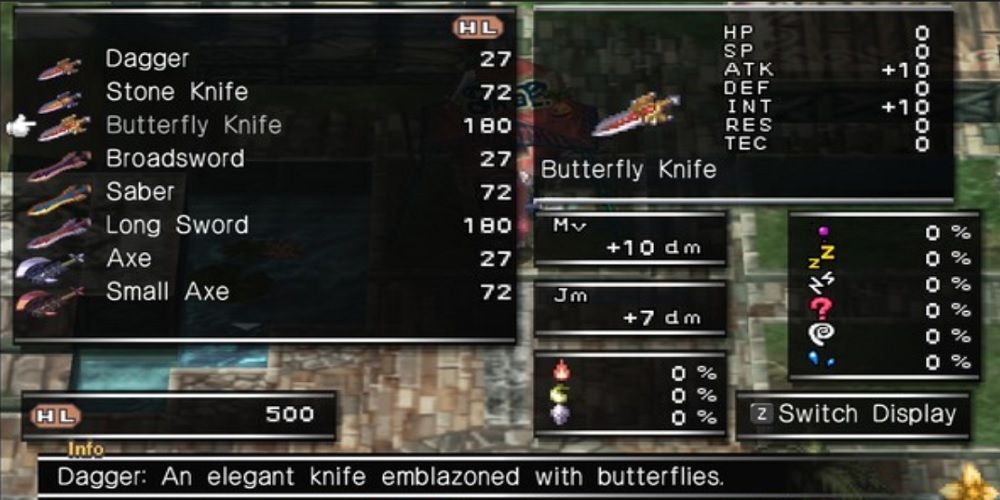 We'll group these into three categories, covering not just weapons and armor but vehicle parts as well. Most vehicles will rely upon a mixture of those, and as it happens, you'll acquire them in the same way as you will character equipment.

But how does one go about that, you ask? That is the crux of this guide, after all, and something we ought to mention beforehand. Ultimate gear in Makai Kingdom is obtained through Free Dungeons at Level 400 and up. You'll create these by wishing for a Free Dungeon via a unit whose own level meets or exceeds this number. (Don't exactly start counting down the minutes when you boot up Makai Kingdom for the first time. Level 400 is deep into postgame play.)

You'll bump into these prime pickings in one of two ways. The former is rarer but a welcome treat. The latter is likelier, but sluggish enough that we're all grateful the former exists. Enough riddles — the best equipment can be found on every tenth floor, but only occasionally. More commonly, it's randomly-selected as part of the bonus list, otherwise known as "those nifty post-battle rewards that get better and better the more stage points you acquire."

That's it! Simple stuff, if time-consuming. Consider, however, that in order to advance your party's strength to suit Makai Kingdom's most powerful optional bosses like Zetta himself, you will be spending a goodly amount of time in Free Dungeons, anyway. In that sense, the best pieces are just another part of the process, and a welcome one, to be sure.

From axes to wrenches and everything in between, deck out your squad in the most gilded of gear.

Belts to treasures this time, although the case can certainly be made that every one of these is a treasure in its own right. Another case could just as easily be made that our jokes here aren't always the best.

These are the reason your mightiest machines make your enemies go boom.