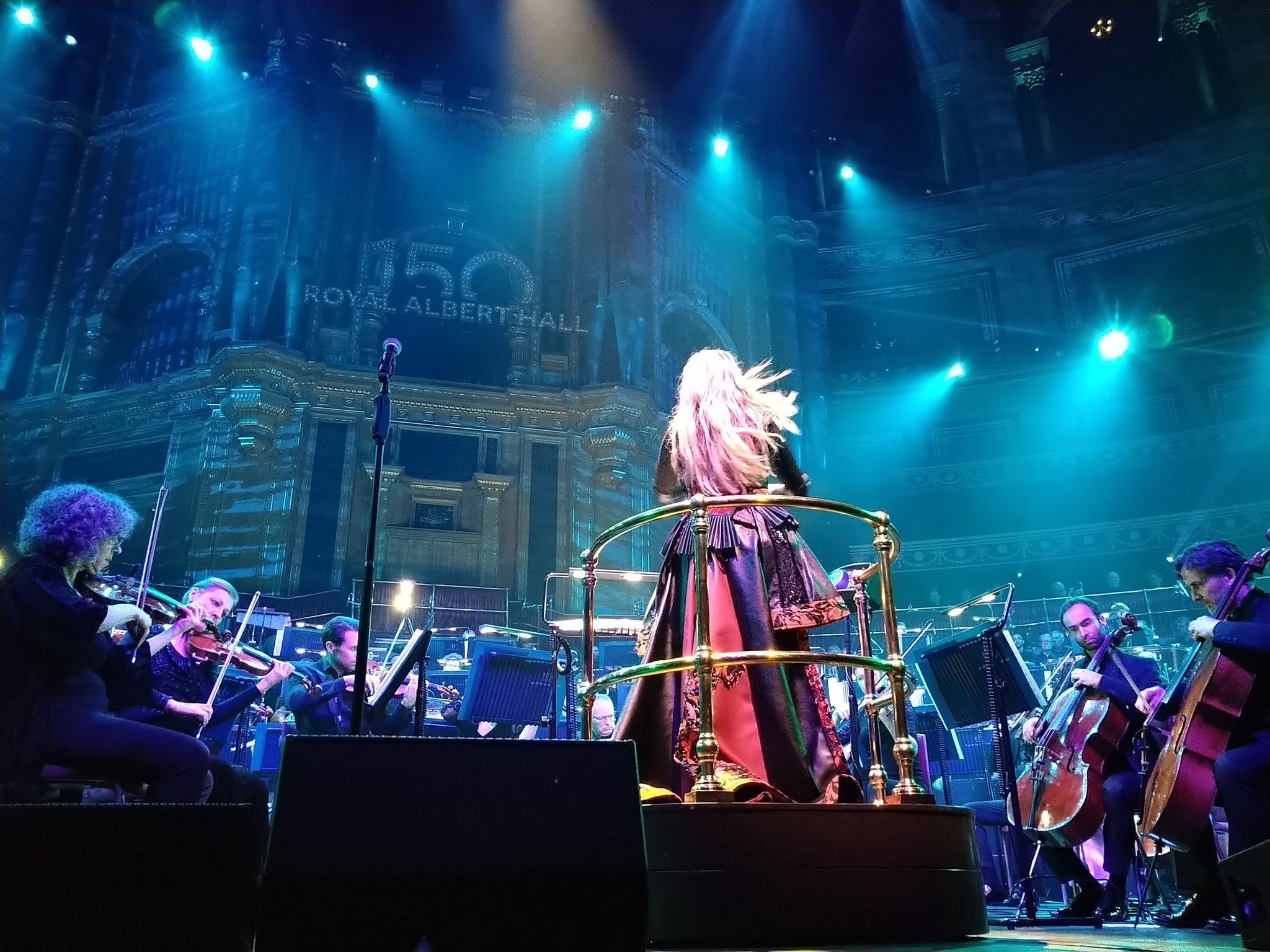 A reader offers his review of the recent Video Games in Concert event at the Royal Albert Hall and why he felt he didn’t quite fit in.

Last week saw the Royal Philharmonic Orchestra appear at the Royal Albert Hall, playing orchestrated arrangements of video game music (VGM) in Video Games in Concert. Eímear Noone, best known for her contributions to various Blizzard games, took over conducting duties and was accompanied by both the Crouch End Festival Chorus and guest vocalist Aisling McGlynn (as heard in the recently released Crono Cross: The Radical Dreamers Edition).

For those who weren’t aware, Classic FM broadcast the High Score show, which is dedicated to VGM and which Noone has presented since 2019; this concert was essentially a live version accompaniment to that series. Whilst I was aware of the programme’s existence, I was not aware of the community that had built around it, with regular feedback and build-up between Noone and the listeners through social media.

I found out about the concert through the venue itself, so attended with the blind expectation of being given a variety of music covering different genres and time periods throughout the history of video gaming, but was instead offered music that leaned heavily towards modern titles. This compares differently to the well-established Video Games Live concert series, which delves equally into both old and new titles. However, in fairness, I do acknowledge that the person responsible for that series (Tommy Tallarico) has been exposed to the music industry over a decade longer than Noone.

That said, I don’t want this to be considered criticism: the music was a joy to listen to and the comments of appreciation from Noone to the audience sounded genuine. It’s just that not having studied up on all of the preliminary material leading up to this, I am missing out on an evolution of the VGM subculture that I thought I was part of – although apparently not anymore and I may now be too old to return to it.

A busy working life in the healthcare industry yields little time nowadays for digging deep into the leisure activities that I feel passionate about, and so it can be easy to think of events like this as a reminder that I am inevitably becoming an old fart.

On a more positive note, one thing that I did not expect to be impressed by was the quality of the outfits on stage. Both the conductor and vocalist had chosen two dresses from the same designer (Dublin-based Claire Garvey) that complemented each other: Noone wearing something resembling a cross between a Beefeater and a musketeer, and McGlynn wearing an ornate floral ballgown suitable for a royal wedding.

After mentioning this online, the designer confirmed to me her intention to contrast a pure princess with a pirate queen – I would understand, myself sensing some serious Final Fantasy 9 Zidane and Garnet vibes going on throughout the evening…

The Last of Us All Gone (No Escape) (Gustavo Santaolalla, arr. Jerome Landingin)

Ori And The Will Of The Wisps Main Theme (Gareth Coker, arr. Noone & Garfinkle)

[Encore] The Legend Of Zelda Orchestral Fantasy (from The Celtic Link) (orch. & arr. Noone & Garfinkle)

Overall, I would be interested to know if this concert will return in the future, and if so, whether the setlist will change much. Most of the pieces played that evening were arranged by the conductor, so I am feeling hopeful that, with a little influence, one could encourage her to consider some titles from the 8-bit and 16-bit eras for the sake of balance. Until then, there are two key events to look forward to this year at the same venue.

When I reported last year on the Distant Worlds concert at the Royal Albert Hall, I concluded with a throwaway comment that it wouldn’t be long before we see something at the BBC Proms. Little did I realise my talents as an oracle: the Royal Philharmonic Orchestra will return on the 1st August for the first Gaming Prom: From 8-Bit to Infinity.

Considering the target audience will be more highbrow, I anticipate excerpts of VGM soundtracks that were already composed for orchestra (i.e., safe, modern, very little of the 8-bit), but I am still excited to attend – I’ll be sure to be on my best behaviour for the subsequent broadcast on BBC Four.

Secondly, the (awkwardly titled) Final Fantasy 35th Anniversary Distant Worlds: music from Final Fantasy Coral will be held with three concerts over two days on the 1st and 2nd of October. Final details, such as orchestra and special guests are yet to be confirmed, but I cross my fingers that whatever happens, the venue’s pipe organ will be in use.

The most amazing @eimearnoone conducted an extraordinary performance by @rpoonline @thechoir & Aisling McGlynn @RoyalAlbertHall in jaw-dropping outfits by @CGarveyDesigner
The most powerful & emotional performance I can remember.
Thanks to @ClassicFM & all involved.